A look towards Serie A shows AC Milan languishing in seventh place, over 30 points behind runaway winners Juventus. If you haven’t been keeping an eye on the action, it’s fair to say that you’ve missed a regression of reasonable proportions over in Italy, and their fall from grace has been both slow and painful.
In the last three years they’ve finished 8th, 10th and 7th, which is disappointing when you factor in their recent history. Next season will mark the ten-year anniversary of their European Cup triumph, while they last won the league back in 2011.

Put it this way. They haven’t even qualified for the Champions League for three years, and winning silverware is starting to feel like a distant memory for one of the greatest teams in the country. Time is ticking, and there’s no sense that they’ve replaced the biggest stars that have left over the years.

Some blame the emergence of PSG as a footballing superpower. Zlatan Ibrahimovic and Thiago Silva made the move to Paris a few years ago and it crippled Milan to lose players of such importance to the team, and they’ve struggled to recover since.

Is there any chance that they can make it back to something resembling the glory years? It’s looking increasingly likely that Silvio Berlusconi will release control of the club to a group of Chinese investors who have recently agreed to acquire a 70% stake in the club, with a final agreement pencilled in for sometime between June 15th-20th.

New owners could potentially signal a new era of spending, despite Berlusconi being one of the richest men in Italy. It’s clear that financial restrictions play their part, but that’s no excuse for being unable to compete domestically.

With a wage bill of €97m, they’re the second largest spenders in the league behind Juventus, and they have no real excuse for failing to qualify for Europe for another season. It’s another setback to add to the list, and it extends their time away from the top for even longer. 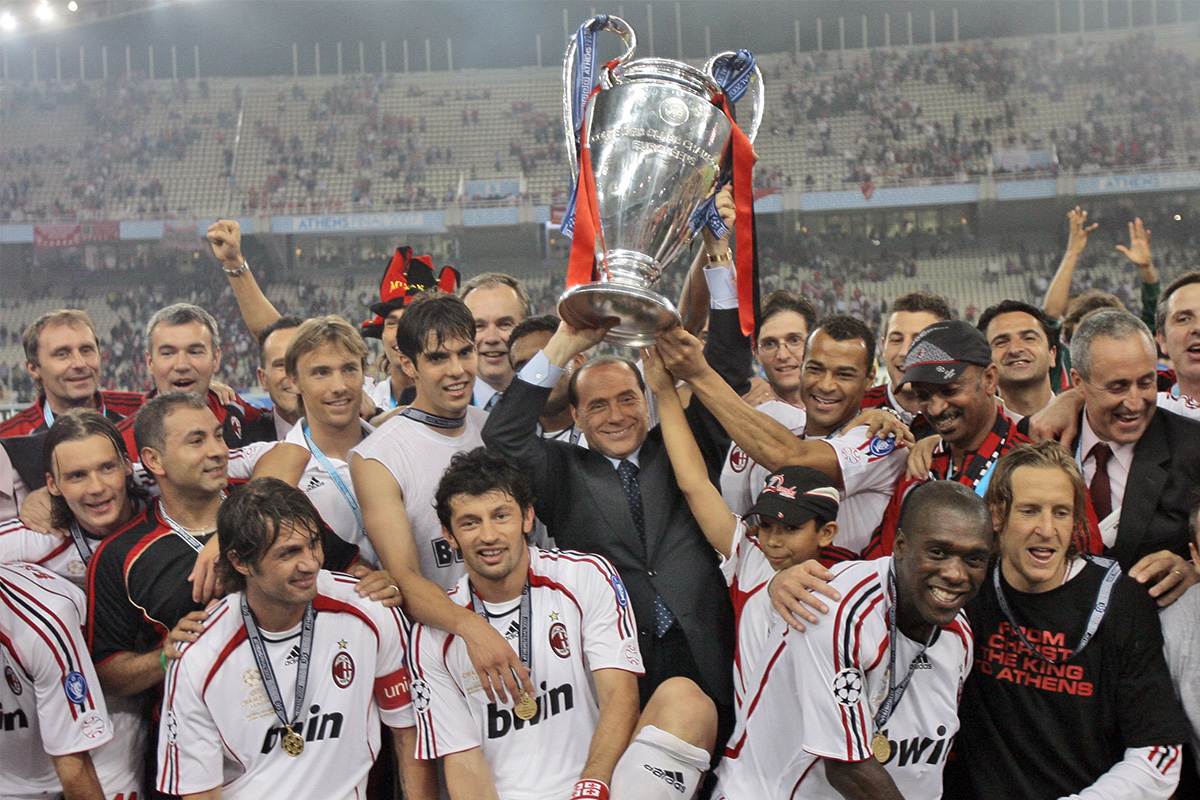 As for personnel, Alvaro Negredo looks like he could join after being made surplus to requirements at Valencia, but he won’t be enough to fire them up the table next year on his own. They’re also close to moving Stephan El Shaarawy on to Roma after his injury troubles, so there could yet be money to spend on additional personnel.

For now, there isn’t much evidence that the team is making any sort of progress, and it’s painful to see the regression continuing to take hold.

Clarence Seedorf and Filippo Inzaghi are just two of the big names that have struggled to pull them out of the mire while taking up the mantle as coach, while Cristian Brocchi has the worst record as manager in living memory. He said he wasn’t worried about getting burnt when he first started, but he must be feeling the heat by now.

A win ratio of just 28% is shocking, and it goes to show just how far the club has fallen. It’s a world away from when Carlo Ancelotti was boss for over half a decade, and it’s hard to see how they can move forward without major upheaval in terms of both owners, managers and playing staff. Considering Brocchi only took on the role in April, it doesn’t look good for the former Milan midfielder.

The players themselves also have to be accountable, and it can be hard to see where the blame lies when you consider that the squad is packed to the brim with supposed talent. Carlos Bacca has a reasonable goalscoring record, (third overall behind Paulo Dybala and the incredible Gonzalo Higuain) but they haven’t been clicking, leading some in the Italian media to argue that tactics are the reason why the squad can’t get their act together.

The system itself has been called into question, while there’s no denying that the manager has a terrible record for a club with the stature of Milan. Then again, management has been an issue for a number of club legends in the past decade, including Paolo Maldini who famously struggled to rekindle his relationship with the team where he spent his entire career.

The constant spats have served to demoralise the fans and players, while it seems to have become part of the culture of the club. They’ve lost their winning edge, and there’s no danger of it returning if current results are anything to go by.

Time is usually a great healer, and there’s always a chance that there could be a reshuffle at the very top with the buyout deal being negotiated. It doesn’t mean that every problem will be solved instantly, but a lot of their problems do stem from financial pressures, including the €90m loss that accrued last year. 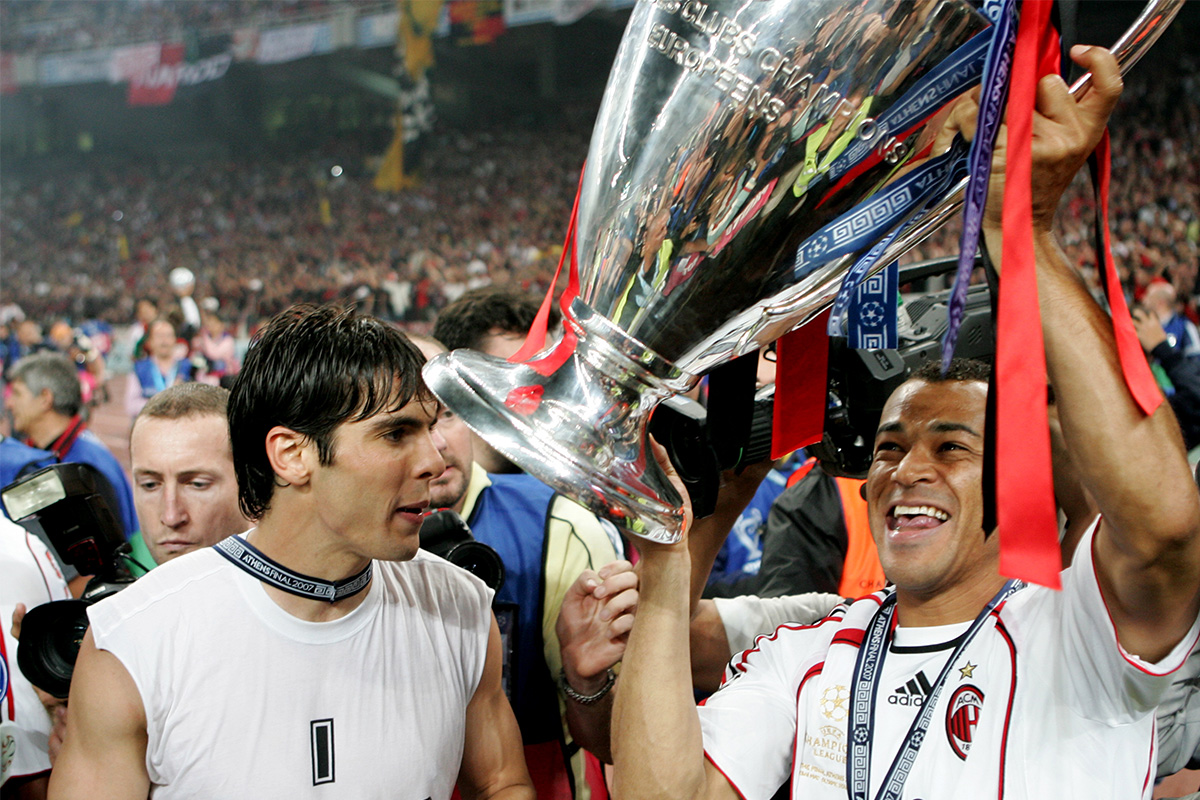 It makes for grim prospects, while there’s no Champions League football to boost their empty coffers. (Or even pay off their debts, according to the balance sheet.) If it seems like we’re going in circles, that’s because the situation has no clear end in sight.

If they can’t qualify for the Champions League, they won’t have the money to spend their way to success, and the squad just don’t seem to be up to scratch when compared to their rivals. (Who spent less money along the way.)

It’s not all doom and gloom considering the takeover talks, but any new owners will have a job on their hands to bring greatness back to AC Milan. Former stars have already tried, but it’s going to take more than their past glories to help them out of their current predicament.

We’ll end with a quote from Maldini, who touched upon the problems Milan face in a 2014 interview with Gazzetta dello Sport.

“Inside of me there's a mixture of anger and disappointment, not so much because of the results, but because I get the impression they're throwing away what was built with hard work over the last 10 years. That makes me feel awful. I know how much work there was behind all those glories, what it took to build such a beautiful story. It makes me crazy to see everything destroyed.”

The supporters feel the same way. It’s unlikely that Milan will disappear down the footballing tree at any great rate of knots, but it’s still a worry that the hard work by Maldini and co could all be for nothing if the team continues in this fashion in the foreseeable future.