AC Milan are just 1pt off the Serie A leaders Napoli heading into the latest round of fixtures this weekend. Newly-promoted Salernitana provide the opposition at the San Siro and the visitors arrive sitting bottom of the table with just 8pts from their opening 15 league games.

These two sides haven't met since 1999 but their performances heading into Saturday's clash suggest that there won't be any more than three goals scored in this game. Under 3.5 goals have been produced in four of AC Milan's and each of Salernitana's last six matches in all competitions.

The visitors might not be playing well right now but they have only conceded more than 2-goals in one of their last six outings and during that period they have played Lazio, Juventus and Napoli.

Portuguese striker, Rafael Leao, has played well so far this season for AC Milan. With 4-goals in Serie A so far, Leao is on the same goals as Giroud and just two behind Ibrahimovic, and with the Frenchman likely to miss out this weekend through injury, you can see why we've backed Leao to score against Salernitana.

AC Milan made the trip to struggling Genoa in midweek and came away with all 3pts as expected. Ibrahimovic put the visitors in front after just 10-minutes and Messias helped himself to a brace as AC Milan secured a comfortable 3-0 victory. AC remain just a point behind Napoli heading into the weekend games so could end up going top if they better Napoli's result.

Salernitana played host to Juventus on Tuesday night and the result was as many people predicted. Juve scored a goal in each half to secure a comfortable 2-0 win against a Salernitana side that had no answers to anything Juventus threw at them. Staying in the top-flight looks unlikely for Salernitana unless they start picking up more points in their own backyard.

Your Questions – AC Milan vs Salernitana 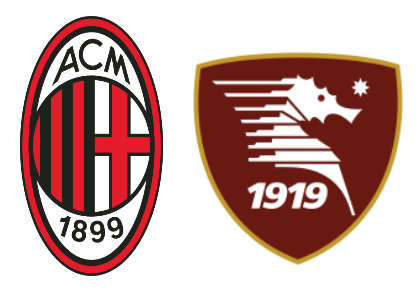