AC Milan have high hopes for the new the Serie A season after finishing behind their rivals Inter last time out. Cagliari could only manage a draw at home to Spezia in their opening game and many have predicted a tough season ahead for Leonardo Semplici's men.

AC Milan are unbeaten in their last eight games against Cagliari, picking up six wins and two draws. The hosts have kept clean sheets in each of their last five matches against Sunday's guests and we're expecting another strong defensive display from AC this weekend.

This is a fixture that doesn't always produce a high number of goals and we're predicting that under 2.5 will be scored this Sunday. Under 2.5 goals have been produced in four of the last six encounters between the pair and four of AC Milan's last six matches in all competitions have also witnessed fewer than three goals scored.

As far as a final scoreline is concerned, we're betting on a 2-0 win for the hosts. AC Milan have scored more than two goals in any of their last five matches in all competitions but also haven't conceded a goal against Cagliari in any of the pair's last five head-to-heads. Cagliari lost 2-0 at home to AC Milan last season and after the start both sides have made to the 2021/22 campaign, we're backing another 2-0 win for the Italian giants on Sunday.

We predicted a close and competitive 90-minutes between Sampdoria and AC Milan last weekend and in the end, one goal proved enough to claim all 3pts. That goal arrived inside the opening 10-minutes and was scored by AC Milan's Brahim Diaz. AC Milan will be hoping to challenge for the Serie A title once again this season and getting off to a winning start has given them a confidence boost. Up next for Ibrahimovic and co is a home game against a Cagliari side they have a very good recent record against.

Cagliari managed to salvage a draw from a game that many expected them to win and one they almost lost. Spezia went 2-0 up before the hour mark and the Cagliari faithful really feared the worst for their side. However, a Joao Pedro double inside 4-minutes pegged the scoreline back to 2-2 and in the end the hosts will have been disappointed not to have completed their comeback with a third goal.

Your Questions – AC Milan vs Cagliari 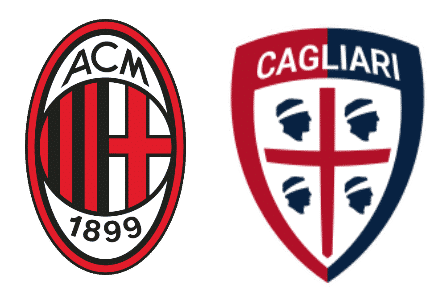