The AC Milan vs Atletico Madrid duel is probably the closest one in the upcoming Champions League round, so let's take a closer look at the match and what we can expect from it.

Our free betting tips for AC Milan vs Atletico Madrid

If you are looking for Champions League betting tips, you've come to the right place. Here are our predictions for the AC Milan vs Atletico Madrid duel:

Atletico Madrid is struggling at the moment since their last match was a loss to Alaves, a team that lost five straight games before that. Meanwhile, Milan is in good form, with their only loss in the last five matches being in the first round of the CL groups against Liverpool, in a match in which they led at half time. With that in mind, a draw in this game sounds like the most reasonable prediction.

AC Milan vs Atletico Madrid to Draw at Half Time

Since we expect the game to end in a draw, we also expect the teams to be even at half time because that is the most common way these games go. In addition to this, AC Milan drew at half time in their last two matches in Serie A, while Atletico Madrid already had one scoreless draw in the first round of the Champions League.

This should be a very close and interesting duel, which often means that we won't see a lot of goals. In addition to this, Atletico Madrid averaged 2.14 goals per game so far in La Liga, while AC Milan averaged 2.5 total goals in Serie A. So, this could be a touch and go, but we don't see this match ending with more than two goals.

You don't have to spend a lot of time looking for the best odds for the AC Milan vs Atletico Madrid duel – we have the best odds right here:

After years of mediocracy, AC Milan is finally back in the Champions League and they've already played a memorable game in the first round against Liverpool, although they ended up losing that match 3-2 after many twists and turns. Still, Milan is in great form and they are currently second in Serie A with five wins and a draw in the first six rounds. The biggest problem for Milan at the moment is the extensive injury list with seven players due to miss the next game or under question for it.

The current champions of Spain have started the new season well, although we've witnessed a dip in form lately since Atletico Madrid has two wins in the last five games in all competitions. This includes a draw at home with Porto at the start of the Champions League and a surprising loss to Alaves in La Liga. Still, Atletico Madrid is currently fourth in the league, only three points behind their city rivals who sit at the top. Also, the team is completely healthy at the moment, but Stefan Savic will miss this game to serve a suspension. 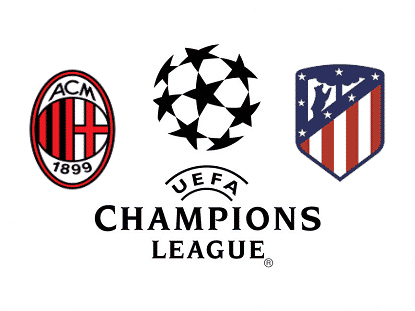