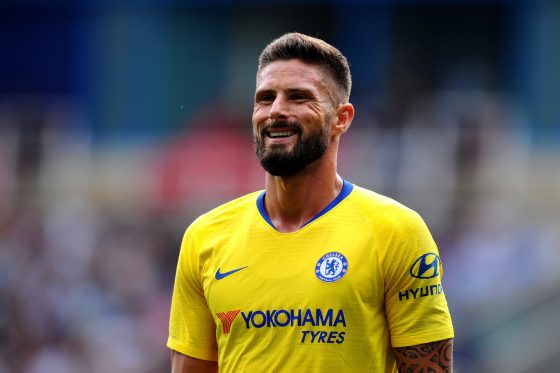 Tomori, meanwhile, has spent the last six months on a loan deal and he has sufficiently impressed the Rossoneri officials, who have to come up with £25 million to convert the loan into a permanent move.

Olivier Giroud has become marginalised at Chelsea under Thomas Tuchel. Since the appointment of the German in January, the Frenchman has only featured in 495 minutes of action – at an average of 33 minutes per match. This is slightly lower compared to the 34 minutes of action he enjoyed per game under Lampard.

The World Cup and Champions League winner will provide a lot of experience to Milan, who have made a return to the Champions League after a seven-year absence. It is likely that Giroud will consider the offer from the seven-time European champions, but the move is not done and dusted. The heavy competition for a starting place could deter Giroud from moving to the San Siro.

Fikayo Tomori, though, is unlikely to have such problems after settling in well at the Italian outfit. The England international had a bright start under Lampard but this quickly faded away at the start of the 2020-21 season. Since moving to Milan in January, Tomori has featured in 22 matches across all competitions.

Milan manager Stefano Pioli has claimed that the club are interested in signing the defender on a permanent basis. According to the Sun, Pioli said: “We want to buy Tomori on a permanent deal from Chelsea. Our intention is clear and also Fikayo’s decision [staying at Milan].”