Abia Warriors will play host to Kano Pillars this Sunday 19th June, 2022. We preview the NPFL fixture in this post to provide Football Whispers readers with the best free predictions. Read further to discover how we have tipped these teams to fare in this match.

Abia Warriors have won just once in the last five games. However, none of those losses were at home. The only victory within that run is a 2-0 victory at home when they hosted Enugu Rangers International before losing twice on a row. On the flipside, Kano Pillars have two wins, one draw and two losses in the last five matches. Our best free match predictions for the NPFL fixture are:

Both teams will be on the score sheet

The first prediction we have settled on for this game is goals on both sides. Despite losing four of their last 5 games, Abia Warriors only failed to score in two occasions. Moreover, the hosts were on the score sheet in ten of their last 12 matches. On the other hand, Kano Pillars scored in 7 of their last 8 goals.

This will be a tough encounter. Abia have won 10 games this season while Kano Pillars have bagged 11 wins to this date. Moreover, the hosts have 9 draws while Kano has drawn 7 times. Both teams have lost 14 games. These stats depict a trend of two teams that are having a nearly similar form this season, setting the stage for a tough game. A draw is our second prediction for this match.

Place your bet on the best odds for Abia Warriors vs Kano Pillars from the best UK bookmakers in the tables below.

Kano Pillars have a game in hand ahead of this duel. The visitors have played 32 games while Abia have played 33 matches. A 2-1 outcome in the reverse meeting between these teams means the second encounter of the season will be even tougher since both teams look to get on the score sheet yet again.

We have tipped goals on both sides because Abia Warriors have scored 24 goals in 16 home games and leaked 6 goals less in those games. The defensive record isn’t impressive in as much they have had a good scoring run. Notably, Abia didn’t score in only two games from the last ten.

On the other hand, Kano Pillars is another team that we can’t wish away. The visitors did well last season and currently have the 7th best away run. Kano Pillars may have scored just 7 goals in 17 trips but noting that they have scored the most goals in this fixture, they are likely to find the net agains. 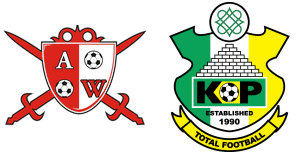 Which team has a chance of winning the game?

Abia Warriors have not lost at home this season; they have a better chance of getting three points.

Where is the venue for the NPFL match?

Umuahia Township Stadium in Umuahia, Nigeria is the match venue.

What time will Abia Warriors vs Kano Pillars kick off?