Manchester United‘s scattergun transfer policy has been a stick to beat them with since Sir Alex Ferguson retired in 2013.

For so long kings of the transfer market under the Scot – though even Fergie had an impressive bloopers reel – the Red Devils have lost their way in the six years since.

For that, there is a litany of reasons. Plenty put it down to the club's desperation to return to football's top table as quickly as possible. Equally, the lack of a coherent structure at Old Trafford and chronic failure to appoint a director of football have repeatedly been highlighted as reasons for a string of high-profile failings.

This summer, though, United are trying to put things right. With a deal for Swansea City and Wales winger Daniel James in the bag, there appears a renewed focus on youth – the cornerstone of the club's success in the last 30 years.

Crystal Palace full-back Aaron Wan-Bissaka is the latest player subject of interest from the Red Devils. Reports claim the Eagles have turned down £50million for the 21-year-old who still has fewer than 50 Premier League appearances to his name. Apparently, they're holding firm for £70million. 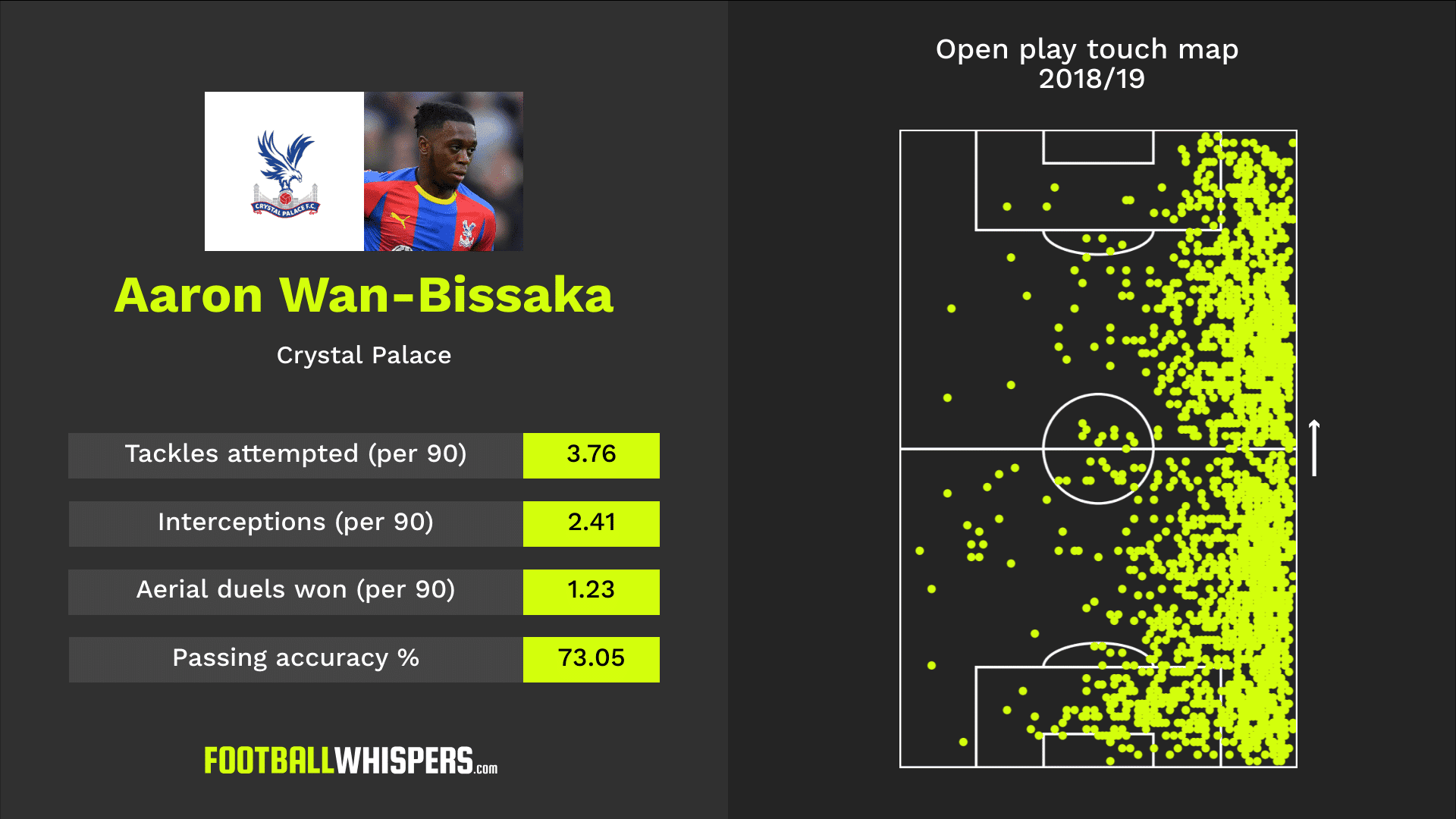 No top-flight full-back attempted (3.76) and won (2.61) more tackles per 90 than Wan-Bissaka last season. The Croydon native was third for dribbles attempted (2.58) and fifth for successful take-ons (1.75) among his peers.

With Manchester United captain and stalwart Antonio Valencia departing, there is a vacancy at right-back and Ole Gunnar Solskjær clearly feels Diogo Dalot is not yet ready to make the No.2 jersey his own.

However, the price has been pushed to a level United should not be contemplating if they have learned from past mistakes. Gone are the days of beating rivals Manchester City to the signings of Alexis Sánchez and Fred. This is a new era and there are other options. 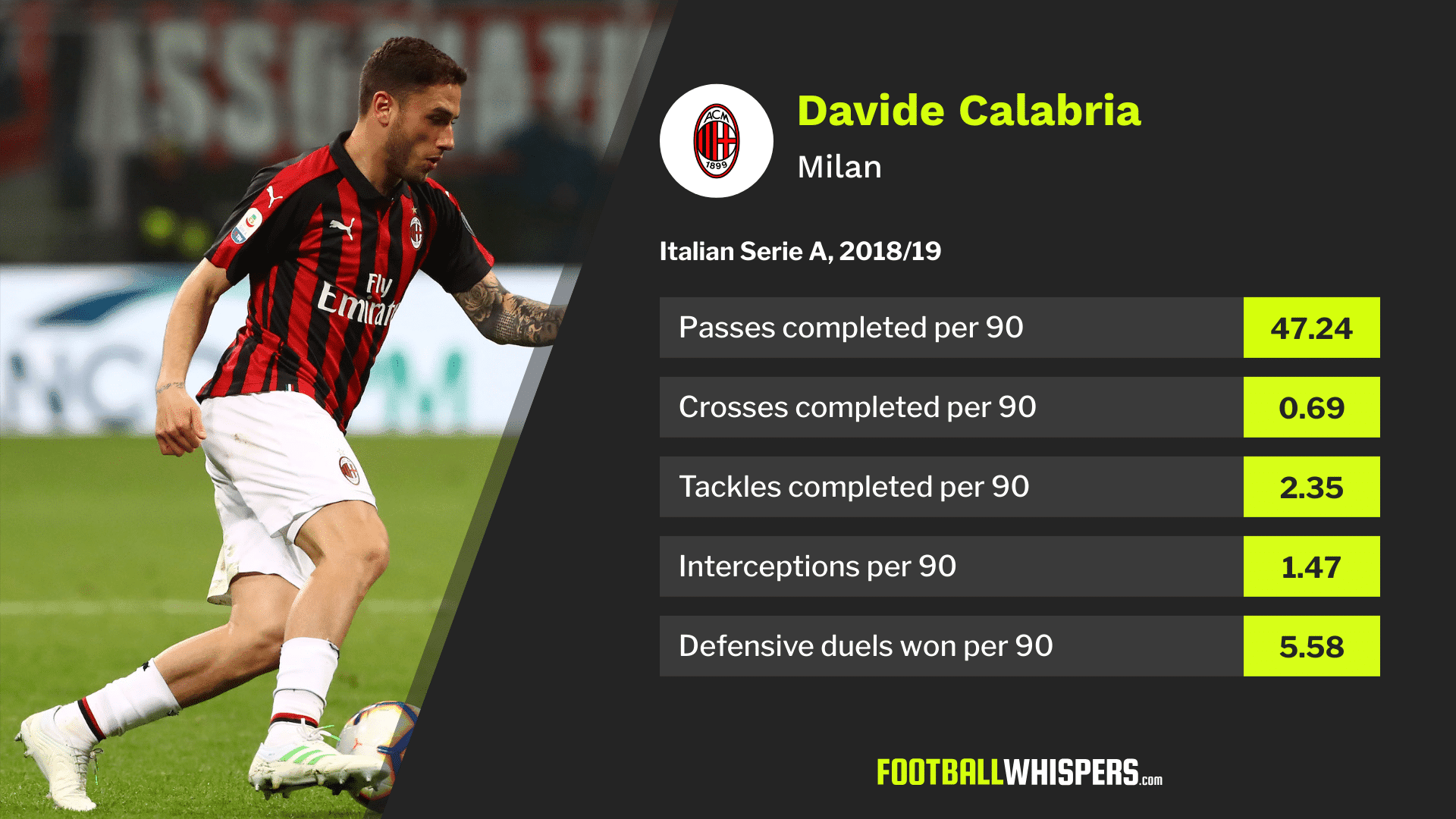 At a time when the Rossoneri have been spending big in the transfer market, Calabria has been a nod to the club's traditions, progressing through their academy to make the right-back spot his own.

The Brescia native, 22, has been with Milan since 2006 and made his debut against Atalanta in May 2015. He's scarcely looked back since and is an Italy Under-21 international to boot. However, with the realities of Financial Fair Play biting hard, Milan could be forced to part with Calabria.

No full-back in Serie A attempts (3.64) or completes (2.35) more tackles per 90 than the Milan defender. He is not as progressive with the ball, though, only managing 0.55 successful dribbles per 90 last season. 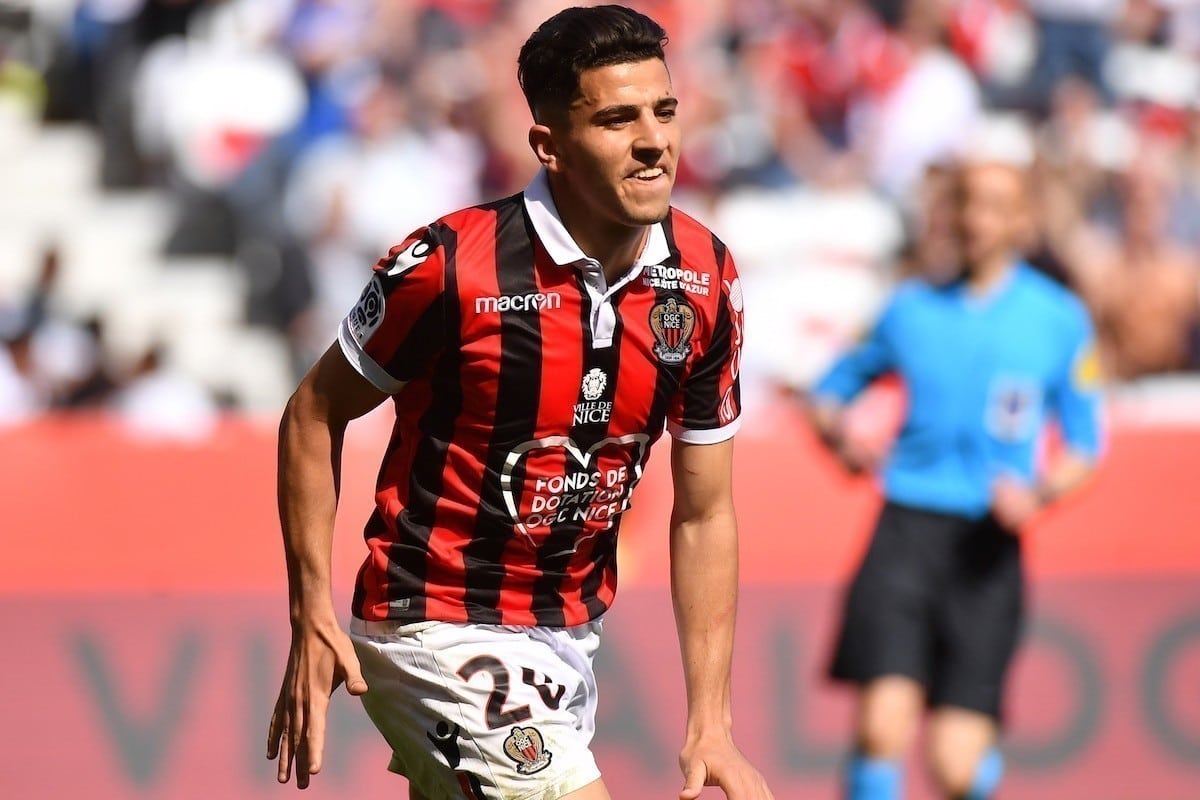 A more left-field option, Atal has been a revelation for Nice in his first season in Ligue 1, weighing in with six goals – including a hat-trick against Guingamp – and coach Patrick Vieira says he is not for sale.

The 23-year-old is an all-action full-back and that is underlined in his statistical output. He has won (10.74) and lost (9.83) more defensive duels per 90 than any other full-back in France,  while his progressive runs won four penalties for Nice. 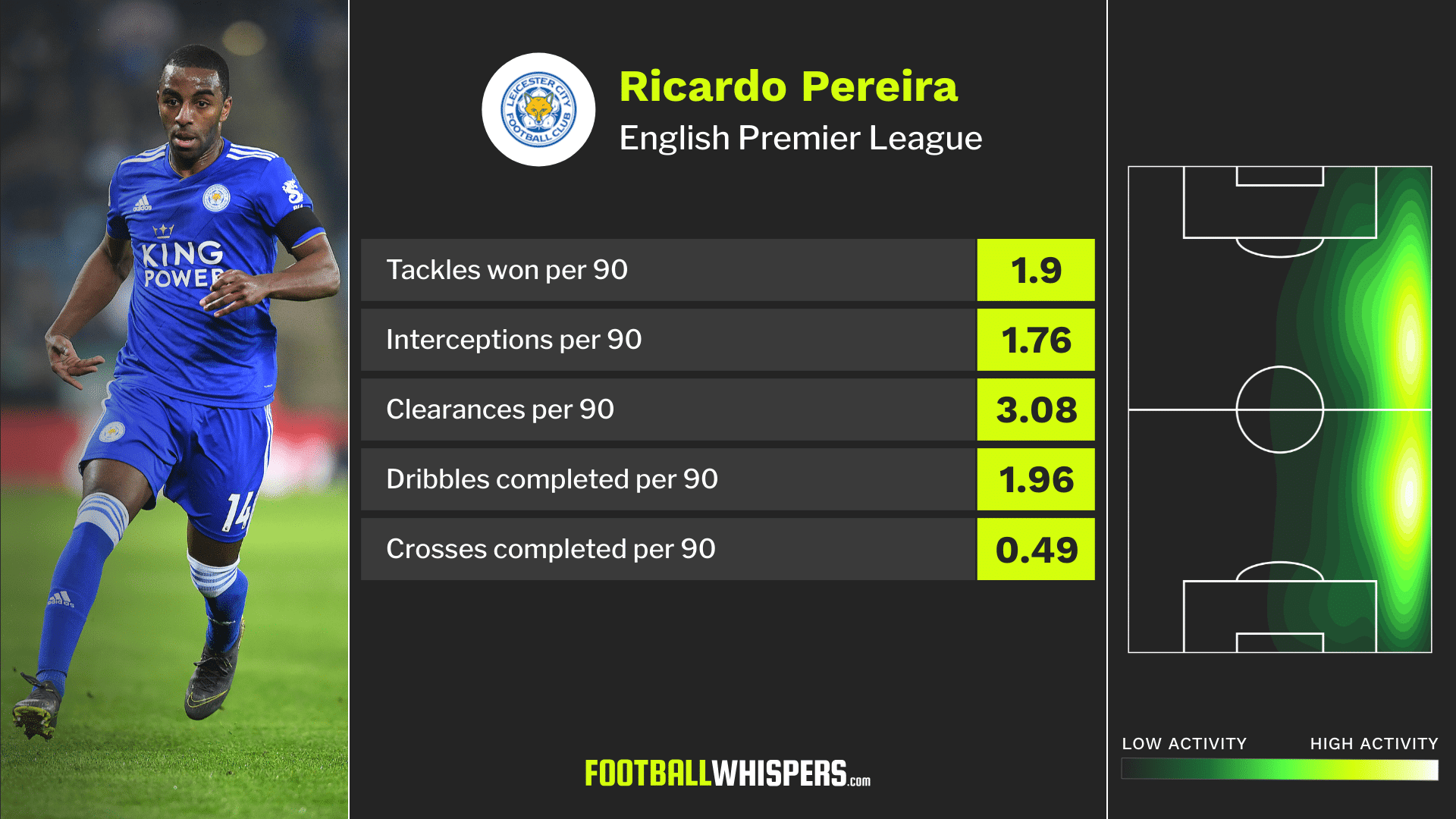 If a proven Premier League performer is what United want then they need look no further than Pereira. The Portuguese flyer joined the Foxes from FC Porto and immediately looked at home in England.

The five-cap Portuguese international is comfortable playing further forward as a winger, and it's clear why. He completed more dribbles (1.95 per 90) than any Premier League full-back last term, even eclipsing Wan-Bissaka.

Defensively resolute, winning 8.64 defensive duels per 90, Pereira attempted 3.39 and won 1.9 tackles last season, as well as popping up with a rocket in Leicester's shock win over Manchester City in December. 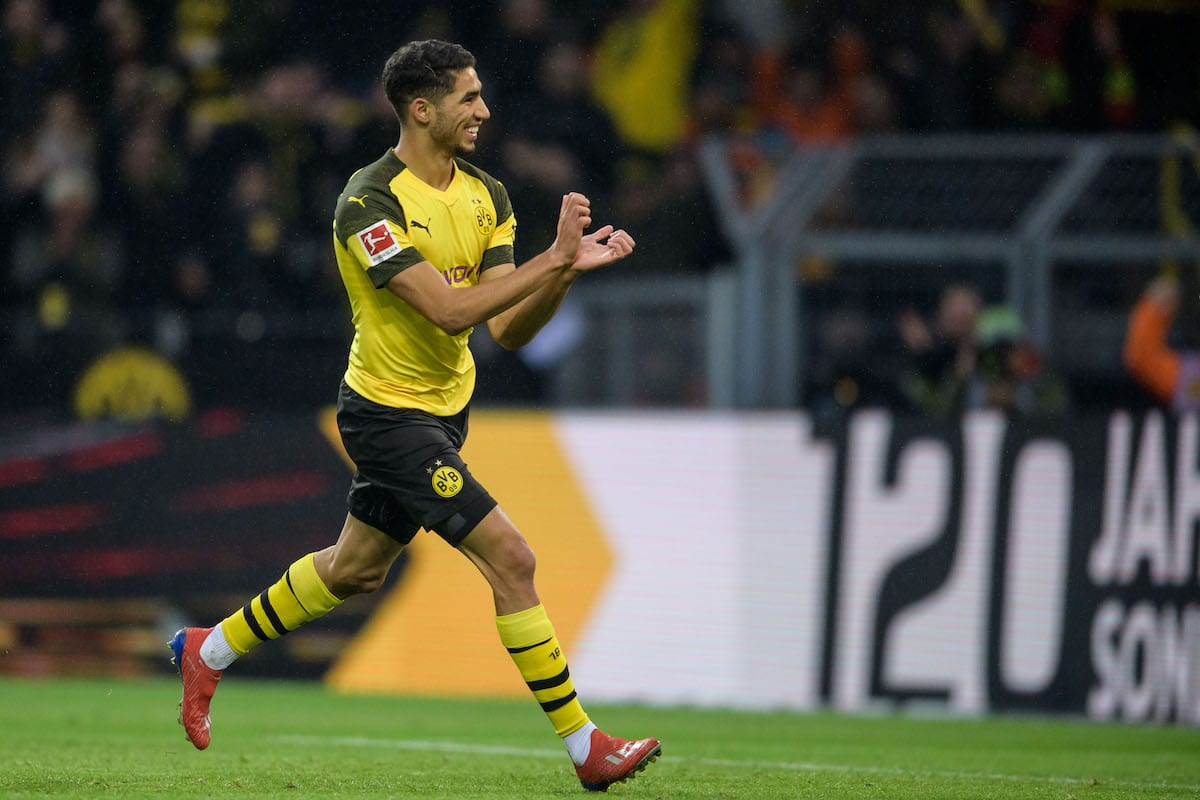 Having already spent more than €300million this summer, Real Madrid show no signs of slowing. However, they will – eventually – have to move some players on if they are to avoid FFP sanctions by UEFA.

Yet if push comes to shove and United offer a suitable fee for the 20-year-old you suspect Los Blancos would think nothing of ending the deal early.

Hakimi attempted (3.2) and completed (1.96) more successful take-ons than any full-back in the German top flight last season and had 1.81 touches in the opposition penalty area per 90, ranking ninth.

Although yet to make their first move in the transfer market Juve, like Real Madrid, have grand plans this summer. They also want to sign Paul Pogba, while Mauro Icardi and Federico Chiesa are two other high-profile targets.

All of which has meant Cancelo is, according to reports in Italy, surplus to requirements despite excelling in his one and only season in Serie A following a switch from Valencia last summer. United will have to act quickly though – Manchester City also want the dynamic Portuguese.

No full-back in Italy's top flight completed more dribbles (2.79 per 90) last term, while Cancelo was sixth for defensive duels wons (6.81) and fifth for passes completed in the opposition's half (28.59).

Whether or not Juventus will play ball without Pogba heading back to the Allianz Arena is another question altogether.