Aaron Ramsey has admitted that he will fight for his place at Juventus amidst transfer rumours linking him with a return to England. The former Arsenal midfielder has struggled for form since joining Juventus on a free in 2019. He has played under two managers – Maurizio Sarri and Andrea Pirlo – in his two seasons. Now, Juventus will be headed by their former coach Massimiliano Allegri, who has been brought into the dugout after the sacking of Pirlo. 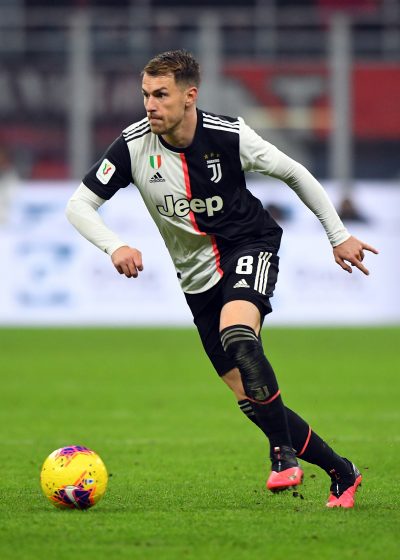 In his two seasons, Ramsey has contributed only six goals in two campaigns at Juventus and this is a far cry from his record of scoring in double digits towards the end of his Arsenal days. Ramsey was brought to Juventus as a midfielder who can contribute going forward, while providing a strong engine in the centre of the park. Yet, he has been hit by niggling injuries in his last two seasons. Ramsey has recalled how he has missed more than 15 matches this year due to injuries.

As one of the few English players in the Italian Serie A, Ramsey needed all the help to get settled and perform well in the new league. Yet, these injuries have severely hampered his performance, but he is confident of overcoming those issues in the coming years. According to Goal.com, he said: “Yeah, I’m a Juventus player. It’s obviously been a very frustrating period for me over the last couple of years.”

The 30-year-old’s contract with Juventus runs out in 2023. There will undoubtedly be changes at the club after failing to win the league title for the first time since 2012. Allegri has not been in the game since leaving Juventus back in 2019. It is likely that he will have a look at Ramsey before making a decision.

Liverpool have been linked with a possible move for the Welshman. After securing a top four finish, Liverpool are keen on strengthening the squad and a player like Ramsey will definitely add a wealth of experience.