Aalesund will not take maximum points

Aalesunds have not exactly enjoyed their best run of form recently; they are coming off back-to-back losses, and have won just one of their last six games. It's fair to point out that Aalesunds have four wins in their last 12 games across all competitions, and three of those wins were on the road; they won one of four home games played in that stretch, with a draw and two losses. In comparison, Stromsgodset have done relatively better recently; they have six wins in their last 10 games, with two draws and two losses. All things considered, we are making the prediction that Stromsgodset will take at least one point from this game.

Encounters between Aalesunds and Stromsgodset usually feature plenty of goals; both teams scored in all of their last eight meetings, with six of those games going over the 2.5 goal line. As a matter of fact, four of the last six clashes between these teams saw at least five goals scored. In the same vein, seven of Stromsgodset's last eight games saw at least three goals scored, with five of those games going over 3.5; likewise, six of Aalesunds' last nine games produced at least three goals. With this in mind, this will likely be a high-scoring affair.

Here are the key stats & form guide for Aalesund vs Stromsgodset

A look at the league table will tell you that Stromsgodset are in a much stronger position than their hosts, however, look in more detail and you'll find that Aalesunds also sit in a rather healthy position when considering points and games in hand. Both will fancy a top three tilt and this game could go some length to deciding which of the duo is more likely to do so.

Aalesunds have had their fair share of struggles lately; they've won just one of their last six games, with two draws and three losses. Aalesunds are eighth on the Eliteserien table, with four wins, four draws and four losses in 12 league games; they'll hope to improve their poor recent form by defeating Stromsgodset.

Stromsgodset rebounded from their back-to-back losses with a comfortable 3:0 win against league leaders Lillestrom; they are now fourth on the league table, with six wins in 12 games. Stromsgodset will look to string up consecutive wins for the first time this season; they'll fancy their chances against an out-of-form Aalesunds side.

A quickfire FAQ on Aalesund vs Stromsgodset 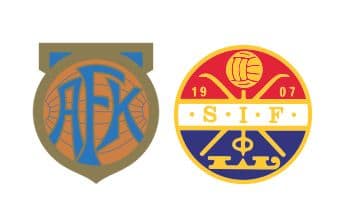