There was a time, not long ago, when Barcelona’s fabled La Masia academy was not only ever-present in the senior first-team, but completely infiltrating it. Rewind back to 2012 and you would have found a Barcelona starting line-up comprised entirely of academy graduates during their thumping 4-0 victory Levante, once Martin Montoya replaced Dani Alves in the 14th minute that is.

It was a historic moment for the club and one that saw the Nou Camp swell with pride. The team read: Victor Valdes, Martin Montoya, Carles Puyol, Gerard Pique, Jordi Alba, Xavi, Sergio Busquets, Andres Iniesta, Pedro, Lionel Messi and Cesc Fabregas. Some of those players had been with Barcelona since day one, born and bred in Catalonia. Some however, arrived at La Masia via their hometowns – Fuentealbilia for Iniesta and Rosario in the case of Messi – and others had returned as prodigal sons following stints at other clubs. Pique had come back after a spell in England with Manchester United while Fabregas was at home, once more, after eight successful years at Arsenal.

One thing remained constant though; their skills and education of football had been conceived, nurtured and honed inside the façade of the “The Farmhouse,” as the academy is known. Indeed, Pep Guardiola had heartily embraced promotion of youth talent during his trophy-laden four years at the helm of the Camp Nou. When the late Tito Villanova took the reins, he maintained Guardiola’s philosophy, both coaches understanding the importance of such an ideal at this illustrious club. It’s fair to say that, although Luis Enrique’s tenure has not been blessed with such an obvious development of youth players, the La Masia academy is still producing excellent talent. In 2015, a number of articles surfaced on the internet, taking the angle that the great La Masia was in decline. While that was perceivably a fair criticism, Barcelona’s production line still footballing prospects ready to explode onto the scene and establish themselves as key men in the club’s future.

Alen Halilovic, the prodigiously gifted Croatian teenager, spent a productive year in the Barcelona B side and is now enjoying the benefits of a loan spell at Sporting Gijon. In acquiring essential first-team football in La Liga, Halilovic will doubtless return to Barcelona a more mature, refined talent. Indeed, Enrique still has future first-team regulars like Munir El Haddadi, who had shown glimpses of quality but has struggled to nail down a regular starting berth. The reason? Barcelona happen to possess the most potent and devastating attacking trio the game has ever seen. It’s a hopeless task trying to usurp Messi, Neymar or Luis Suarez from the first-team and, as a result, Haddadi’s progress has been hampered.

So, it’s not a case of La Masia not producing the players anymore, but where are they going to go? Thiago Alcantara, so long touted as the natural heir to Xavi as the thriving heartbeat of Barca’s midfield, decided that even he was not guaranteed first-team football. Following Guardiola to Bayern Munich, Thiago’s departure signalled a significant shift in thinking from the youth players – they were loyal to Barcelona but, if first-team opportunities remained limited, they had no qualm in finding pastures greener. During Enrique’s time in charge, Barcelona have shelled out €170m on Luis Suárez, Jérémy Mathieu, Thomas Vermaelen, Ivan Rakitic, Marc-André ter Stegen, Claudio Bravo and Douglas – of course it’s going to be difficult for a youth player to breakthrough in the face of such an influx of players.

However, while the youth talents of Barcelona are seriously entertaining the thought of fulfilling their potential elsewhere, Manchester United’s academy is having its day in the sun. Louis van Gaal may have received a barrage of criticism during a turbulent 18 months in charge, but one criticism that cannot be levelled at the Dutchman is a reluctance to promote from within. Arguments that van Gaal’s investment in United’s own has been forced by his escalating injury list are even wide of the mark. Yes it’s true that, had United been enjoying a full complement of first-team players against Arsenal, Marcus Rashford would not have been starting and Joe Riley, James Weir and Timothy Fosu-Mensah would not have been included in the matchday squad. However, van Gaal has always portrayed a grandfatherly disposition as United manager and his philosophy aligns with the idea of ‘giving the kids a chance.’ In his first-ever game in charge, albeit a 2-1 defeat at Old Trafford to Swansea City, both Tyler Blackett and Jesse Lingard started the game. Not long after that, van Gaal handed first-team debuts to Saidy Janko, Reece James, Paddy McNair, Andreas Pereira in his first season. Although James had moved to Wigan and Janko now plies his trade north of the border with Celtic, McNair and Pereira remain first-team entities. They are both far from the finished articles but their progress has accelerated under the Dutchman to the point where they’re on the cusp of realising their potential.

Van Gaal has always espoused a stance that stands by a club’s youth system. At Barcelona and Bayern Munich, he was largely responsible for the development of players like Iniesta, Xavi, Bastian Schweinsteiger and Thomas Muller.

The United boss said this about his philosophy back in October:“It has always been part of my own philosophy and that of the club to give opportunities to youth players. Jesse Lingard is one of those players who was given a chance to play in the last three matches and he has taken that opportunity to show what he is capable of and to prove that he deserves to be a member of the first-team squad.

“I have been delighted with the progress that he continues to make, along with Andreas Pereira, who played against Ipswich Town and scored his first senior competitive goal. With advice from Ryan Giggs and Nicky Butt, I regularly invite members of the development squad to train alongside the first team. It gives them a chance to step up their training and to improve their technical ability. A good example would be Paddy McNair. He trained a number of times with the first team, which helped him prepare physically and mentally, so that it wasn’t such a big step when he was called upon to the first team.”

With that in mind, it was not such an incredible claim from The Guardian’s Barney Ronay last week when he penned a piece suggesting that United would be wise to appoint Jose Mourinho as their new manager, but keep van Gaal too. With Mourinho overseeing the team, tactics and training, van Gaal could continue in a coaching role, continuing to promote talent from within. Obviously, given the ego and pride of both managers, that is a distinct improbability, but it does perhaps point out a crucial difference between the two. While United fans crave trophies and success – mainly because they grew up on it – are they prepared to abandon a key objective from the club in giving their youth players a chance to flourish and realise their dream of playing in front of a singing Stretford End? Mourinho’s track record of promoting youth players is not the healthiest so it may be wise for United fans to take a step back and consider the wider implications before calling for van Gaal’s head and demanding change immediately. 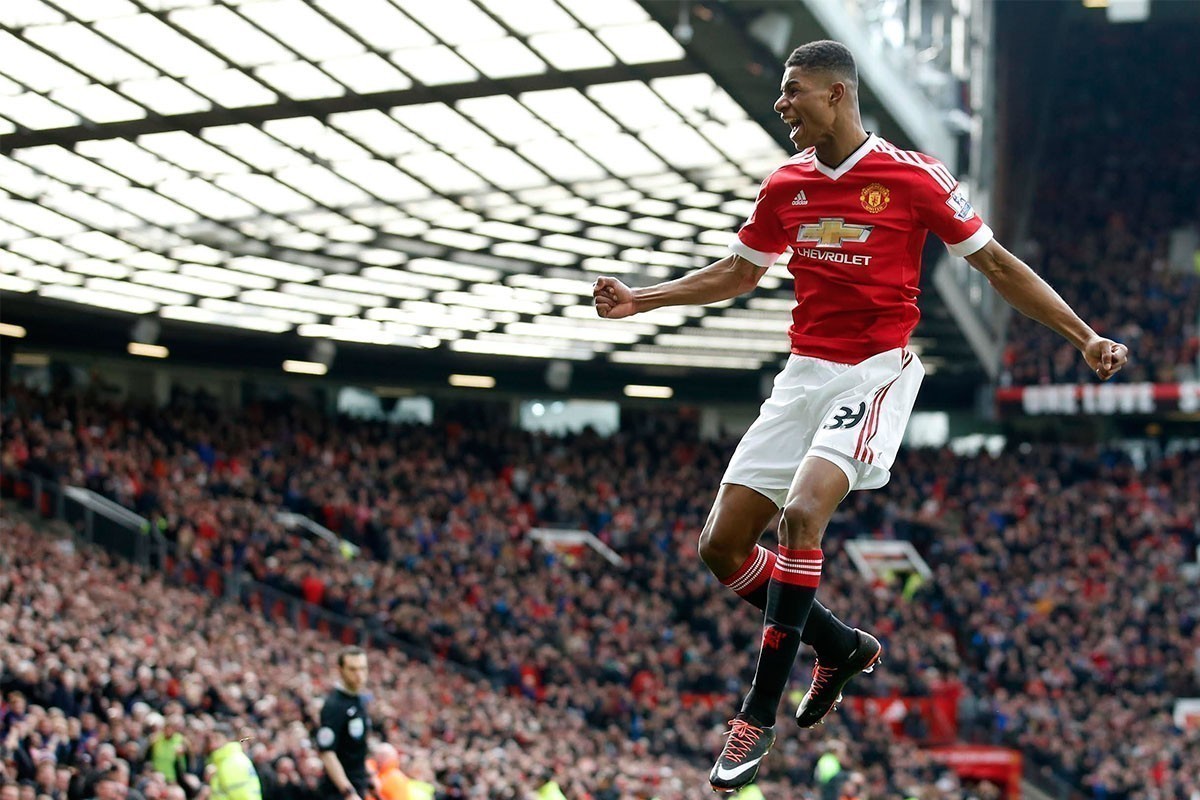 Regardless of who United’s next manager will be, their academy is in rude health, continuing to churn out Premier League-ready players at an efficient rate. The next step, of course, is to surpass Barcelona’s current predicament in actually deploying the academy graduates in the senior side. Any United fan will tell you that it was refreshing and exciting to see Rashford twirling his arms in celebration after scoring past Petr Cech. It may not be the case that such a player would be afforded the same precious opportunities under Mourinho.

Van Gaal said it himself: “I think the youngsters give us a lot of spirit and now when you see the dressing room full of joy and the players are laughing that is beautiful to see,” Van Gaal added. “That shall accelerate the recoveries of the players.”

It’s difficult to attain such a healthy production belt of youth talent. It’s important for United not to let it slip just as it’s important for Barcelona to arrest the changing attitude of their own La Masia products.