Yangel Herrera is not going to solve Manchester City’s problems overnight but there is reason to believe the Venezuelan can become one of his nation’s finest exports.

The 19-year-old is the driving force behind Venezuela’s heartening performances in the South American Youth Football Championship, where the final six now do battle for four spots in the Under-20 World Cup later this year.

And City have acted fast to snap up Herrera – with many other European scouts keeping a keen eye on the tournament – after the midfielder showed he can go to toe-to-toe with the very best of his peers.

It is likely he lasted this long under the radar due to the poor state of the Venezuelan Premier League, where Herrera has plugged away on every surface in between mud baths and synthetic pitches for the past three years.

But no matter the playing conditions, Herrera has certainly impressed with Atletico Venezuela over the last 12 months and, if developed right, can fill a position that is at such a premium in the modern game.

Have City fulfilled a need in Herrera?

Retaining possession. Shielding the back four. Sweeping up loose balls in midfield. All unglamorous jobs, but players who can perform all three at the same time are as rare as hen’s teeth.

The N’Golo Kante-Nemanja Matic axis is the dream ticket as far as the Premier League are concerned, as the pair have been central to Chelsea’s renaissance, but Pep Guardiola has been particularly hit hard by the absence of his own holding midfielder.

Fernandinho is decidedly not a Kante clone, but Guardiola was being earnest when he described his Brazilian, who was sent off for the third time in six games last month, as ‘so important’ to his plans earlier this week.

He has 18 months left on his contract and without any obvious alternatives to splurge cash on, City’s best bet could well be to nurture their new acquisition for the role.

Who exactly is Yangel Herrera?

A talented teenager he may be – just how likely is it that Herrera can bridge the chasm between his former life and the pinnacle of the Premier League?

Herrera can do the things you’d expect any highly-rated talent to in a sub-par league – make mincemeat out of the opposition. Possessing quick feet, he glides through his opposite numbers with ease, albeit at a frequency that could simply not be repeated at a higher level.

But when stepping up to this month’s Youth Championship with Venezuela, there are several clear indicators as to why City pulled the trigger. 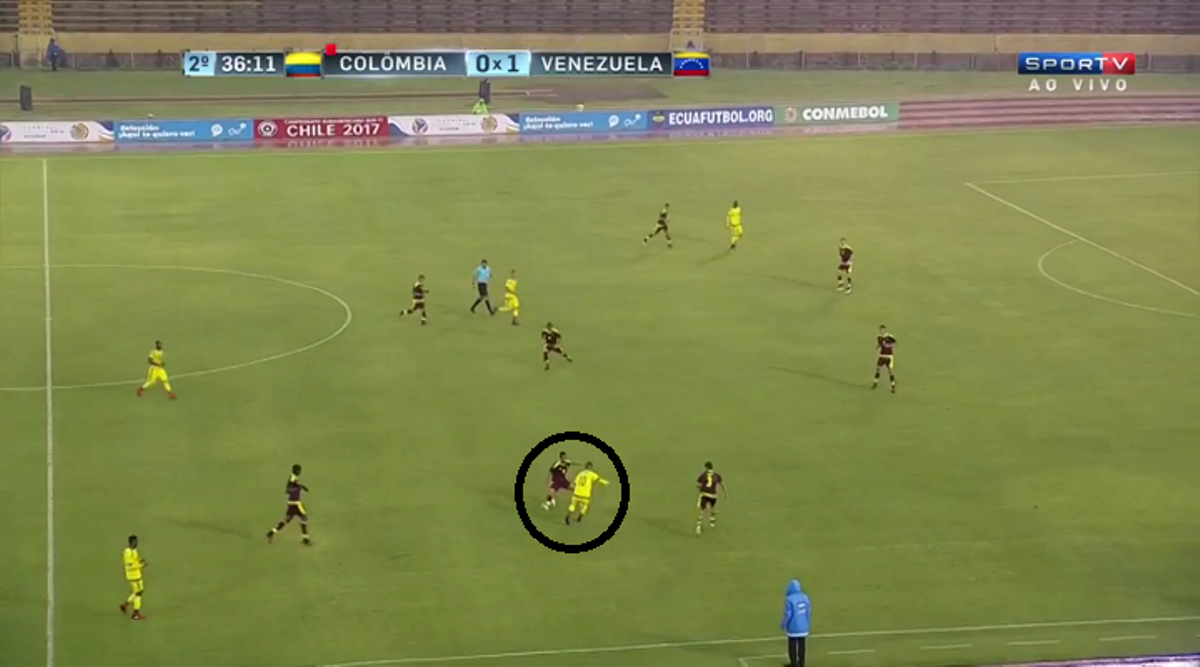 Herrera (in black) has a sound defensive mind and is aware of not only where his teammates are when he has the ball, but off it. In the picture above, he immediately cuts off the only angle available to the Colombian in possession – back to the centre circle – because he has a picture in his mind of what’s behind him.

Given his importance to the team, Herrera has played in a more advanced role for club and country but the teenager simply loves to close his man down.

Even when caught upfield, at numerous times you can see him either haring back behind the ball to either cut off the pass or supply, and when deciding between those two options it is impressive the amount of times that he gets it right.

An awful lot is asked of Herrera. He is not only the defensive fulcrum but the player who is most likely to thread the eye of a needle – City are not buying a Venezuelan crab.

Herrera may be able to pass sideways like the best of them but he is genuinely two footed and can engineer chances in tight areas. 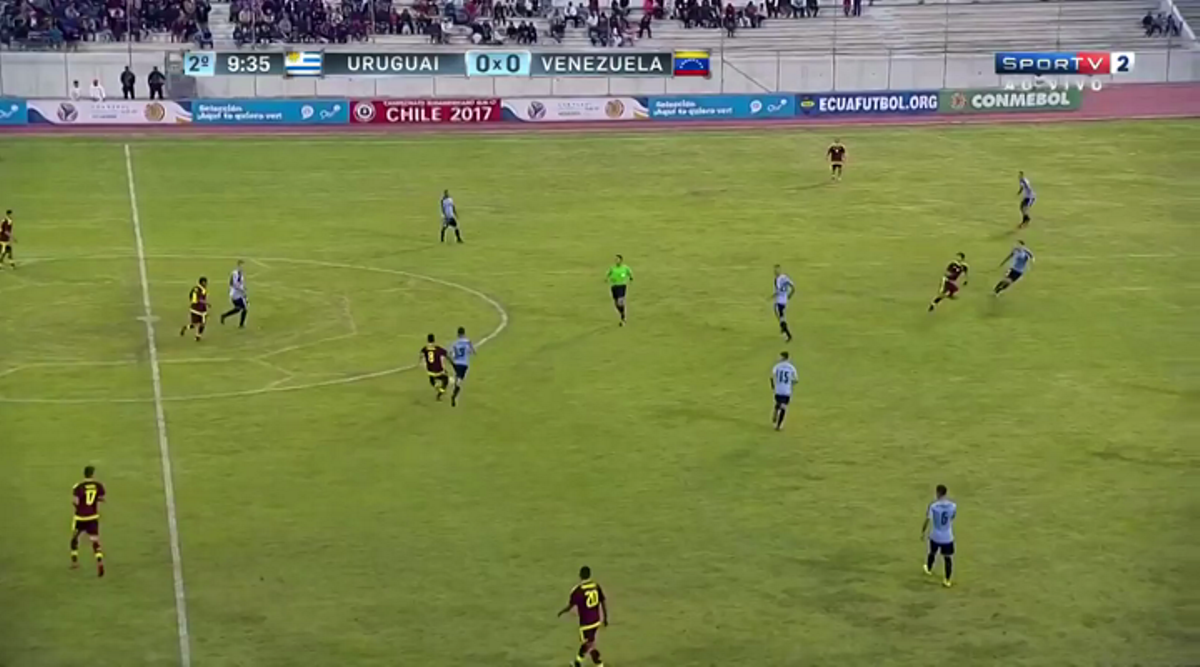 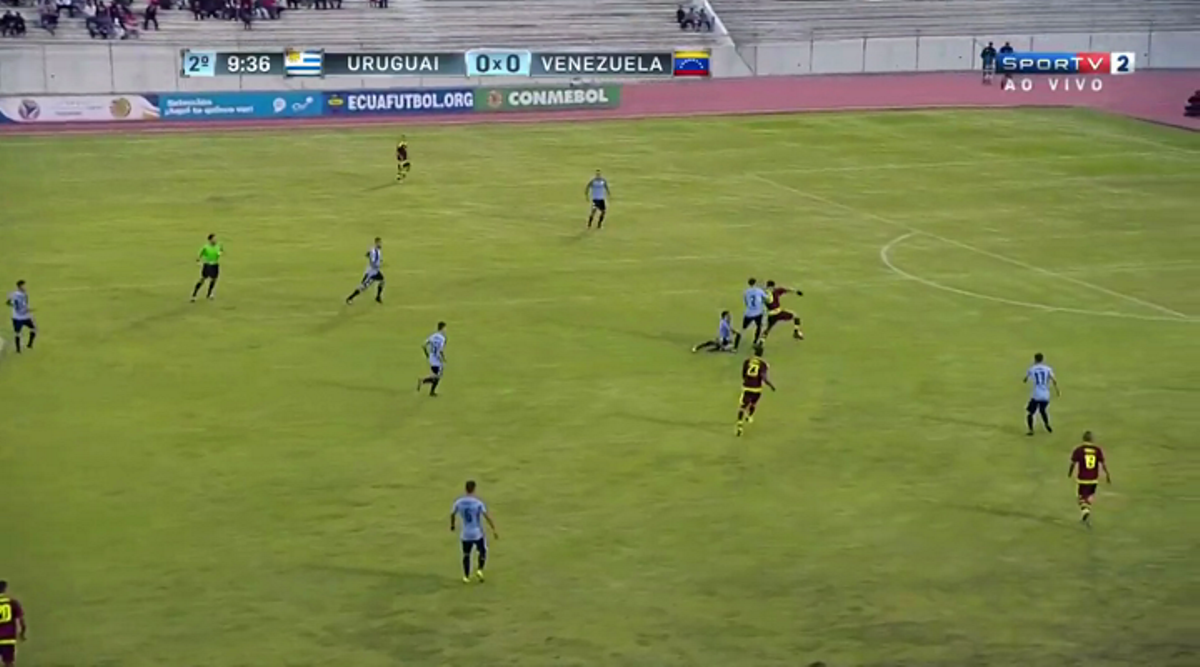 Not every one of his attempts comes off like this – somehow the two defenders can’t cut the ball out between them – but the pass is nonetheless deceptively weighted and is example of what Herrera can do with his head up.

Herrera will rarely bomb on into the area, but as an added bonus, he stands at more than 6ft with a strong leap to match. 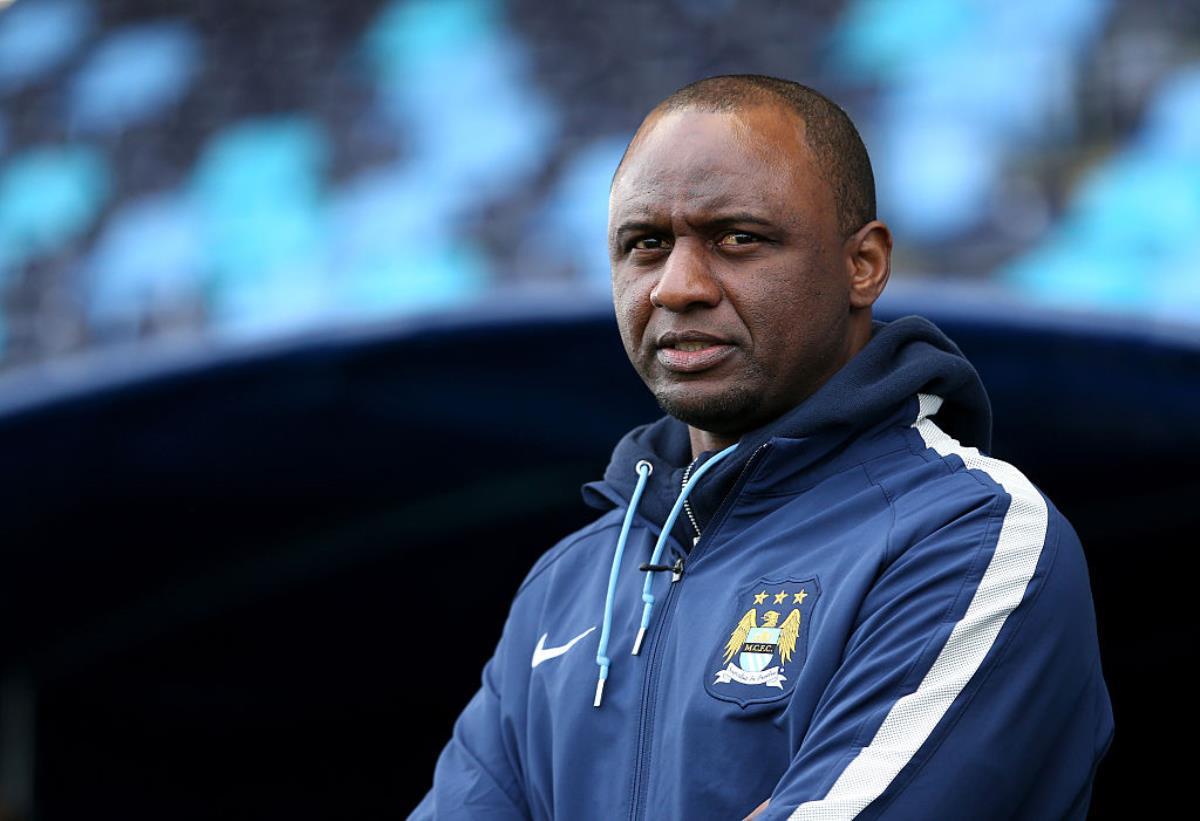 Rumours are that Herrera will immediately be shipped out to one of City’s sister clubs, New York or Melbourne, as he adapts to a life that will be far removed from his humble roots.

He was capped for the first time by the Venezuela senior side as a late substitute against Brazil last October and it would serve his best interests to stay in the Americas with New York while being available for further call-ups.

And who should be the manager of New York City? Only one of the greatest central midfielders the Premier League has ever seen in Patrick Vieira.

If there is anyone who can give him a masterclass, and have him ready to tackle England in two or three years, it is Vieira – Herrera may just have landed in the perfect spot.

The January transfer window has ended but the whispers haven't – check out episode ten of Football Whispers TV!