The 2017 UEFA European Under-21 Championship kicks off this Friday. The tournament will see some of the brightest prospects from across the continent face each other in a bid to impress in a summer without any major senior international competitions.

England will face the hosts Poland, as well as Slovakia and Sweden, in Group A, while Spain and Portugal have been drawn with Serbia and Macedonia in Group B. Meanwhile, Group C will see Italy and Germany compete with the Czech Republic and Denmark. The winners of all three groups will then progress to the semi-finals, along with the best runner-up.

The European Under-21 Championship is traditionally an excellent opportunity for budding stars to shine. In 2015’s edition, Portuguese midfield powerhouse William Carvalho showed his promise, while in 2013, Bayern Munich sensation Thiago Alcántara cemented his status as one of Europe’s most exciting youngsters.

Here, Football Whispers gives the lowdown on nine players who could star in this summer’s tournament. For the sake of fairness, the three most promising from each group have been selected. Additionally, no one country can have more than one player in this list.

At 22 years of age, Baker may be aiming to use this summer’s competition as a career launch pad after years stuck in exile. The Chelsea player has spent two seasons on loan with Vitesse Arnhem in Dutch football, but has emerged as a Swansea City transfer target in recent weeks.

A victim of his club’s stockpiling approach to squad management, the midfield technician deserves the certainty of knowing where his future lies. And for an England team who will likely need to break down stout opposition defences, his precision, creativity and goal threat – he scored 10 in 33 Eredivise games last term – will prove crucial.

Sampdoria have an abnormally high quantity of precocious youngsters on their books at present, and Linetty is one of the best. The 22-year-old is a hard-working, box-to-box central midfielder who is also a proficient ball player.

Already an experienced full international, he possesses 15 caps for Poland at senior level and was also a member of his country’s Euro 2016 squad. If the host nation are to advance in this summer’s Under-21s, he will almost certainly be hugely influential.

Škriniar is team-mates with the aforementioned Linetty at club level, having established himself as a regular starter for Sampdoria in 2016/17. Standing at six foot two inches, he has the physical appearance of a traditional, limited centre-back, but he in fact possesses another key attribute.

On the ball, he has shown the requisite efficiency and composure to settle in Italy while playing for a team that tend to build possession from the back through central passes into the middle third. Slovakia will need every ounce of his strength and assuredness if they are to keep clean sheets against some of Europe’s most productive young attacking line-ups.

In what was an extraordinary 2016/17 season for Real Madrid, Asensio was the club’s breakthrough sensation. The 21-year-old winger put in a number of vivacious individual displays, evidencing a deft touch, exquisite passing and a desire to create. Perhaps the biggest compliment that can be paid is that, even in a Spain Under-21 squad packed with talent, he stands out.

The tricky wide man’s name has been included among the plentiful Liverpool transfer rumours of late, though a move away from the Spanish capital is unlikely. He’s already an elite player in the making, a reality that this summer’s tournament could only underline. 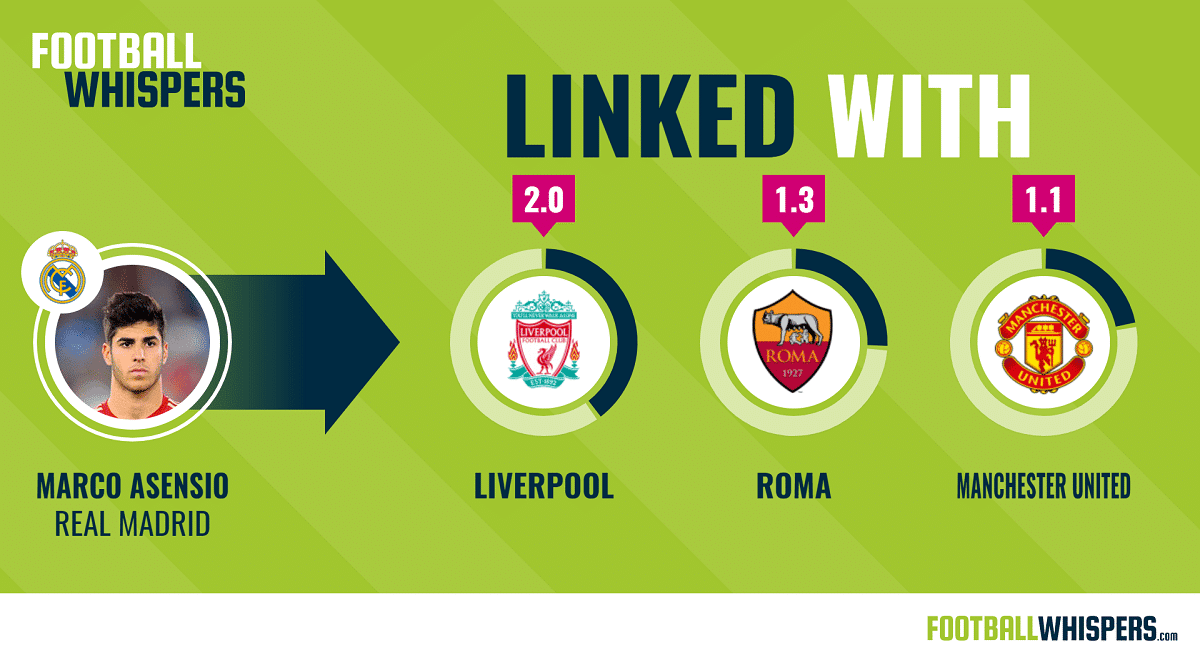 Several years ago, Bruma was purportedly coveted by some of Europe’s biggest hitters. He broke through at Sporting Lisbon in 2012/13 before starring for his country at the 2013 FIFA Under-20 World Cup, where he scored five goals in four games. One year later, he was called into Portugal’s senior squad.

For the past three years the 22-year-old has struggled to live up to his early billing. However, last season he finally produced the numbers many expect of him, scoring 11 and assisting six in 30 league games. And, having agreed to join RB Leipzig, he will be on a high going into this summer’s European Under-21 Championship.

With his outstanding close control, low centre of gravity, diminutive appearance and accurate left foot, it was inevitable that Zivkovic would be tagged ‘the Serbian Lionel Messi’. But few can bear such hefty burdens, and the 20-year-old is yet to do so.

Having left his home country behind for Benfica last year, he was unable to assert himself on the Portuguese champions’ line-up, flashing intermittently and scoring just once in 20 appearances across all competitions. He will be hoping to reconfirm his quality this summer.

Germany have an abundance of gifted attackers within their under-21 squad. Max Meyer and Serge Gnabry are perhaps the most well-known of the bunch, though Amiri could be their surprise package this year.

While not yet a regular starter at club level for Hoffenheim, the stocky playmaker has shown hints of serious promise when he has appeared. His bullish and incisive dribbling, combined with quick turns and an audacious streak, make him a difficult proposition for opposition defences to handle.

His future at club level remains uncertain, but Donnarumma’s international future couldn’t be much clearer: once Gianluigi Buffon retires, he will take over Italy’s goalkeeping throne. The 18-year-old has earned such a lofty status through consistently spectacular performances for AC Milan.

With an increasingly commanding approach and a willingness to organise his defence, the teenager has a maturity beyond his years. He also possesses incredible reflexes, and a willingness to pass out from the back when appropriate. Even at youth level, Italy’s defence is something to be proud of, and the Rossoneri shot-stopper is a big part of that.

Schick is fast becoming one of the most sought-after prospects in world football with his form at club level for Sampdoria. An imaginative attacker, a vibrant dribbler and an astute finisher, the Czech hit an impressive 11 goals in 32 Serie A games to earn glances from Juventus and Inter Milan, among other teams.

Already a full international, the 21-year-old’s record at youth level is phenomenal: he’s scored 10 goals in nine caps for his country as an under-21 player. His ingenuity and ruthless streak will be integral to his team’s chances of progress.