As the Champions League returns for another season, all eyes will be on the glamour ties thrown up by the group stage draw, with the likes of Real Madrid, Barcelona, Juventus and Bayern Munich looking to once again assert themselves as major contenders.

But there are several sub-plots set to play out this term, as a host of young, up-and-coming talents aim to vault from the status of prospects to genuine top-class players at the highest level.

We've picked out the nine young players we expect to make an impact this season and become the latest breakthrough stars of Europe's premier club competition.

Still only 21 years old, RB Leipzig striker Werner has established himself one of the hottest marksmen in the Bundesliga over the last 18 months and demonstrated his credentials at international level with Germany.

Fast, dynamic, hard-working and a lethal finisher – he's maintained a phenomenal conversion rate of 28.24 per cent since the start of last season – Werner is the devastating focal point of RBL's attack.

Newcomers to the German top flight last term, Ralph Hasenhüttl's men stormed to a second-place finish, confirming their place in this season Champions League. Werner, who was the club's top scorer with 21 goals last season and already has three in three in 2016/17, is the perfect No.9 for the Red Bull-onwed side's deadly counter-attacking system.

Having impressed with seven goals in İstanbul Başakşehir's unlikely run to the Turkish Super Lig title last season, Ünder earned a €13.4million move to Roma this summer, where he has been earmarked to fill the Mohamed Salah-shaped void in the Giallorossi‘s attack.

Capable of playing on either flank or centrally as a second striker, the 20-year-old Turkey international's versatility will be a key asset for Eusebio Di Francesco, while his pace and trickery mark him out as one of Europe's most exciting young players.

Signed by Everton for £7million this summer and immediately loaned to Belgian champions Anderlecht, Onyekuru caught the eye of scouts around Europe with his 24 goals for Eupen last term.

The 20-year-old striker remains a raw talent with rough edges, but his propensity to drift wide to the left before breaking back inside, lightening speed and coolness in front of goal recall images of a young Thierry Henry.

A one-cap Nigeria international, playing Champions League football for Anderlecht this season will prove an acid test for Onyekuru's readiness for the rigours of the Premier League in the near future.

With 13 Europa League appearances under his belt during his four years with Lazio, Keita is no stranger to elite European competition, but his €30million summer move to Ligue 1 champions Monaco presents the Senagalese forward with a first taste of Champions League action.

Capable of playing wide on the left or centrally as a striker, the former Barcelona youth player will help replace Kylian Mbappé in the Principality. His astounding pace, mesmerising dribbling and clinical finishing appears to make him the ideal man to ensure the outgoing teenager will not be missed.

Already a proven performer at the top level thanks to 16 Serie A goals last season, Keita, 22, is ready to shine at Europe's top table.

One of the stars of Hoffenheim‘s remarkable transition from relegation fodder to top-four heavy-hitters over the last 18 months, Süle's impressive maturity and positional intelligence proved too much for Bundesliga kingpins Bayern Munich to pass up on, signing the 22-year-old for an undisclosed fee.

At 6ft 5ins, the the Frankfurt-born powerhouse is dominant in the air and physically imposing in all aspects of his play. But, far from a lumbering big man, Süle is a fine passer of the ball and comfortable carrying possession into the midfield zone.

The move to the Allianz Arena will come with a Champions league bow, and Süle has shown already at club and international level that he will not be overawed. 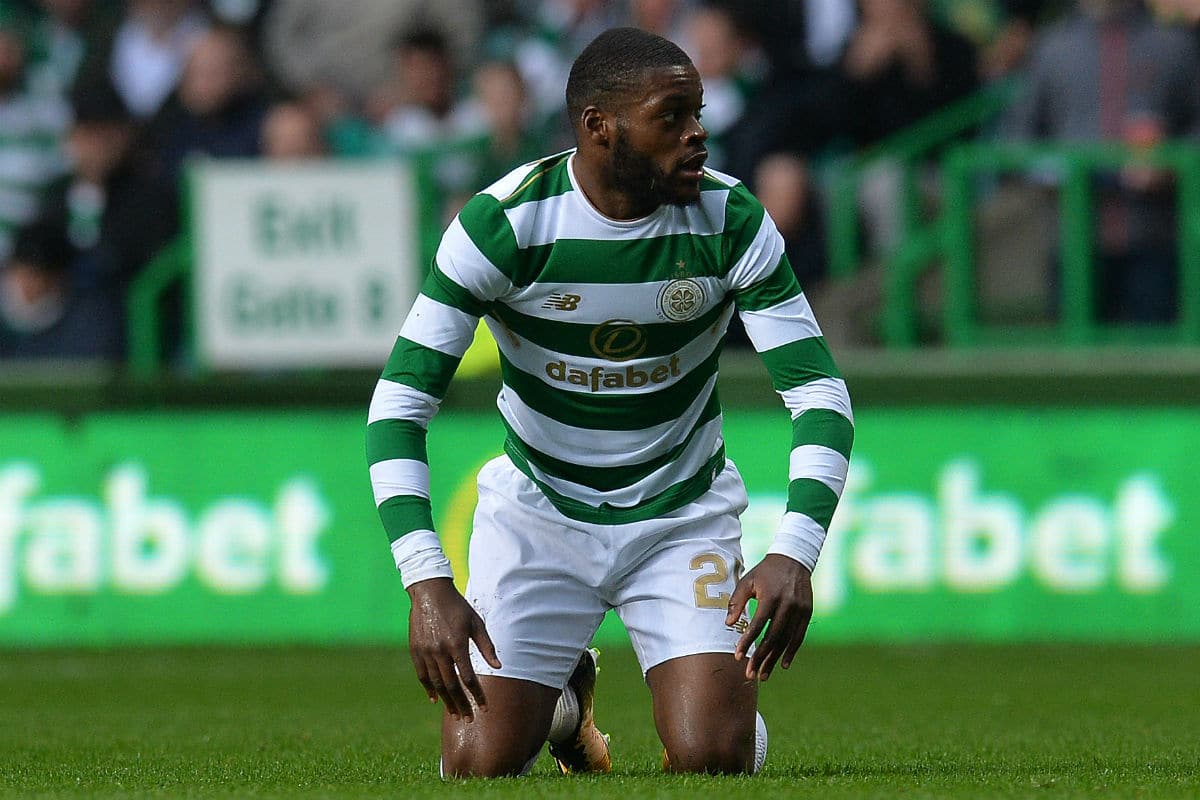 Picked up from Manchester City for just £4.5million this summer, Ntcham already looks like one of the most astute signings of the last transfer window, seamlessly assimilating to life at Celtic.

The powerful French midfielder uses his physicality well, shielding the ball in Patrick Vieira-like fashion as he powers through midfield. But he is also a skilled operator in tight spaces with an eye for goal and the ability to open up a stubborn defence.

The 21-year-old, who spent the last two seasons on loan with Genoa in Serie A, is set to shoulder the hopes of the Bhoys in Europe this term.

Emil Forsberg GOAL HD – Sweden 2-1 France 09… by taftadarka2016
At 25, Leipzig's Forsberg is comfortably the oldest player on this list, but, as somewhat of a late bloomer, the Swedish assist master has become the apple of many a European football fan's eye over the last two seasons.

The former Malmö playmaker has been at the Red Bull Arena since 2015, helping the fast-developing side rise from Germany's second tier to become genuine Bundesliga contenders.

Named as a Manchester United transfer target over the summer, RBL were firm in their insistence that the man who scored eight goals and registered a staggering 19 Bundesliga assists last term would not be sold as they depend on him for their maiden Champions League campaign. 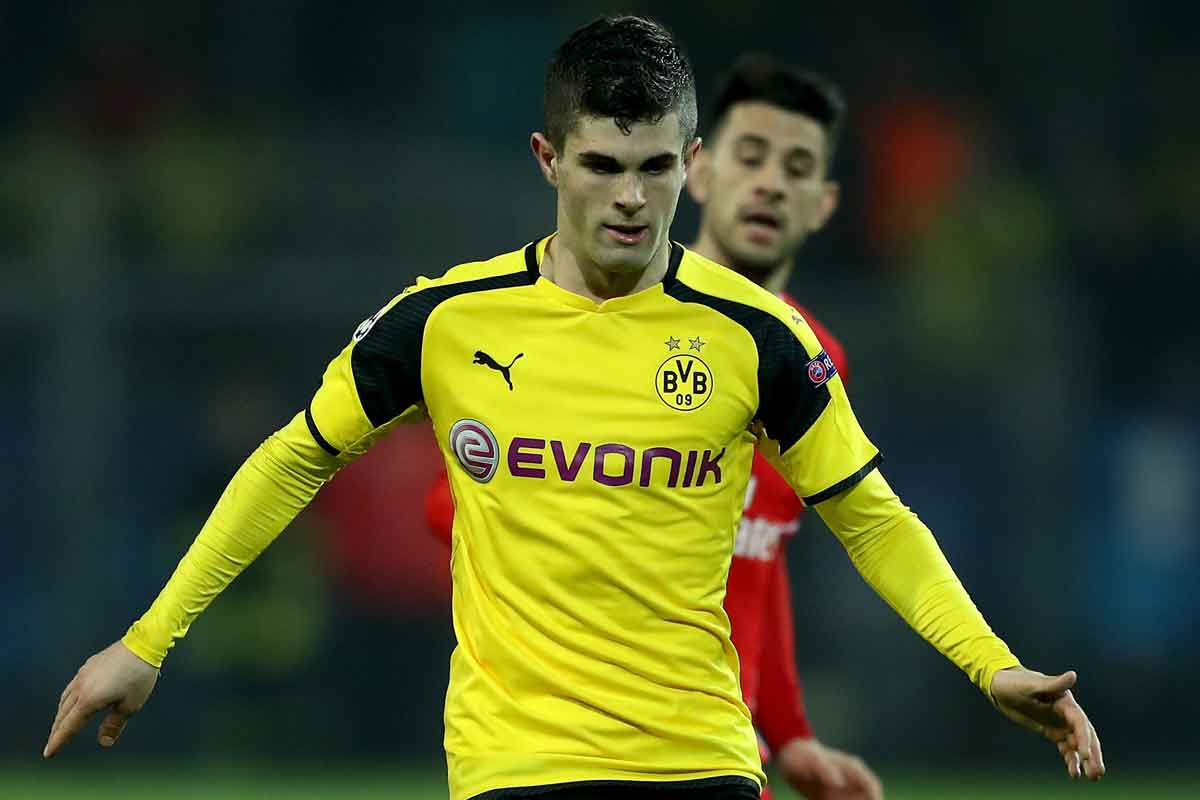 Already bordering on superstar status in his native United States, 18-year-old Pulisic has long since been tipped as one of European football's brightest prospects. And in the year and a half since his first-team debut for Dortmund, he has not disappointed.

Last season, he became both the youngest player to play and to score for BVB in the Champions League, so he is no stranger the competition.

However, in light of Ousmane Dembélé‘s departure for Barcelona, Pulisic could be vaulted into a more prominent role at Signal Iduna Park. He's ahead of schedule developmentally and appears to have no ceiling on his vast potential.

Now well known to Premier League fans, Jesus has cemented his standing as one of the game's bright young things since arriving at Manchester City from Palmeiras in January.

Injury interrupted his first campaign at the Etihad, but his seven goals in ten Premier League appearances gave a pretty clear indication of what a special talent Pep Guardiola had on his hands.

And Jesus has started equally brightly this term, netting three times from four appearances. Indeed, his ten goals to date for City have come from a total of just 37 shots.

Already a star on the international stage with Brazil, Jesus has been tipped to someday eclipse Lionel Messi as the world's best player by none other than Ronaldinho.