Where did the summer go? The 2019/20 Premier League campaign will be upon us in little over two weeks while the transfer window will shut 24 hours prior to the big kick-off on August 9.

The window is not only about recruiting players, though. It's about moving on those who haven't worked out or find themselves surplus to requirements.

It's getting down to squeaky bum time for anyone who wants to secure a move – and there are plenty of them – to pastures new. The truncated window means a lot of players will be stuck at clubs they'd hoped to escape over the summer.

With that in mind, we've examined the cases of eight big names who need an even bigger 2019/20 to save their ailing Premier League careers. 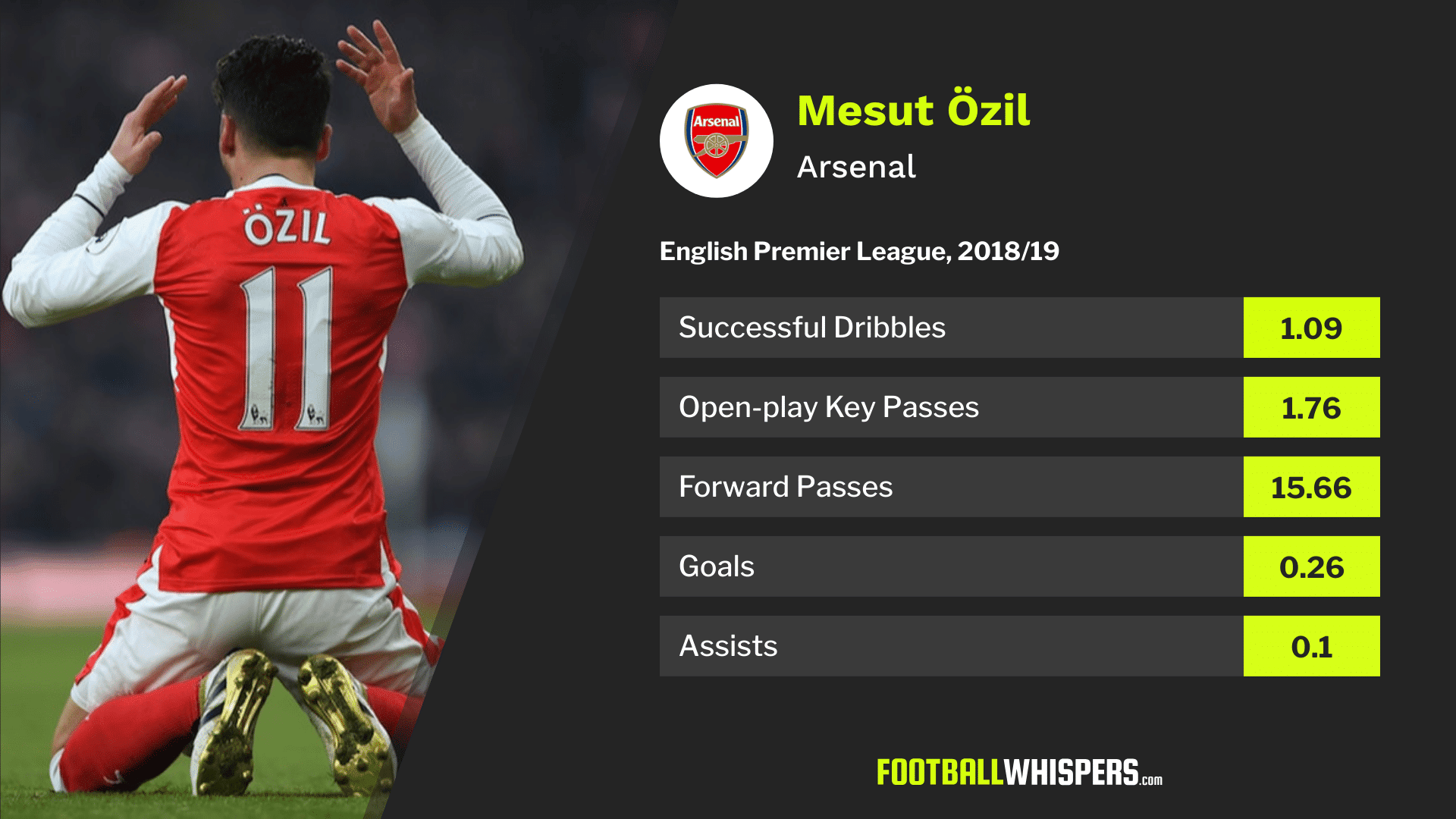 There are few more divisive players in the Premier League. On his day the German international is one of the finest playmakers in Europe. But his day is too infrequent. Last season it amounted to a single, masterful display at home Leicester City.

Arsenal coach Unai Emery clearly isn't going to stand for it, regardless of the monster £350,000-a-week contract Özil signed in January 2018 to tie him to the North Londoners for the next three years – thanks, Arséne.

Özil made just 20 Premier League starts last season – the fewest he's managed in six seasons in England – and only seven of those came in the new year. Emery is fed up but with a lack of landing spots for the former Real Madrid star, he is stuck with the 30-year-old. 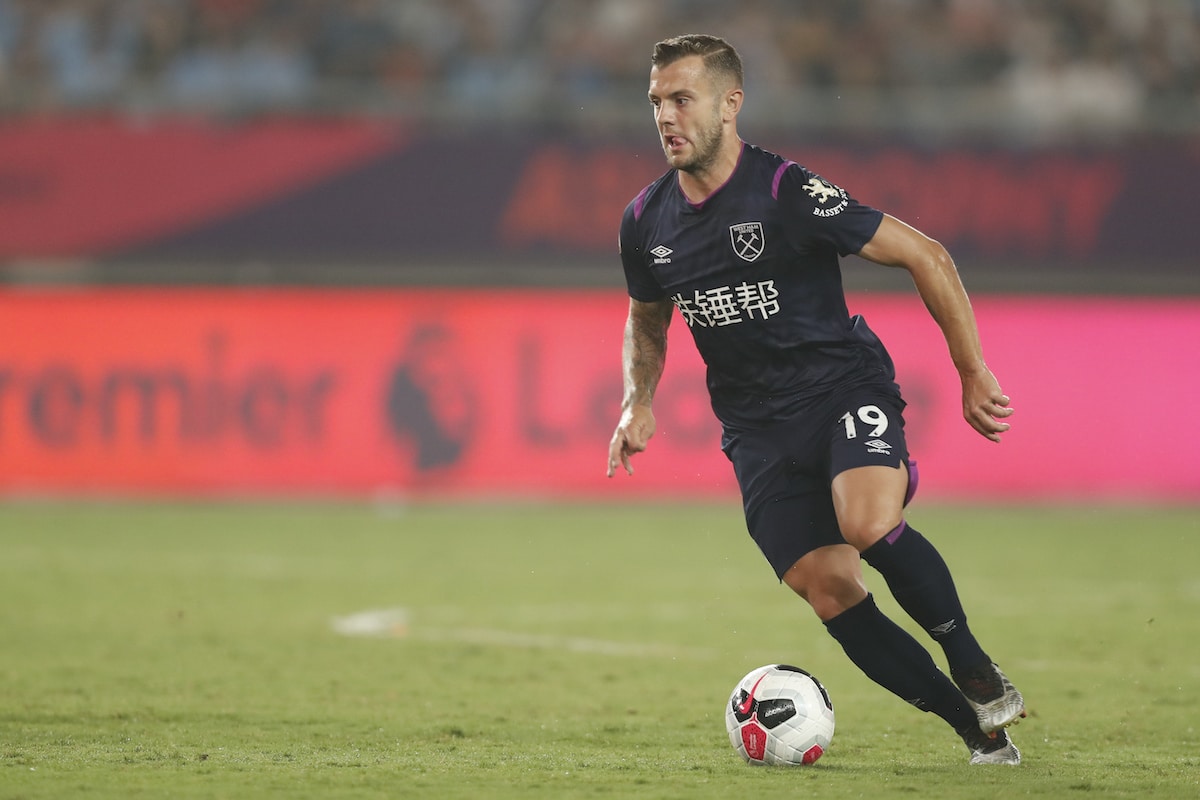 The Hammers' decision to gamble on Wilshere when his Arsenal contract came to an end last summer was calculated. The boyhood West Ham supporter should, by rights, be the heartbeat of England's midfield and one of the finest players of his generation.

But injuries have ensured that, at 27, Wilshere is in danger of fizzling out. His maiden season in East London ended with a miserable eight outings for his new club; four starts and four substitute appearances.

Fit-again and raring to go, Wilshere could breathe new life into the Hammers' midfield. Equally, he could find himself back in the treatment room once more. Having managed 30+ Premier League appearances just once in his career, it's impossible not to wish Wilshere a change in fortune. 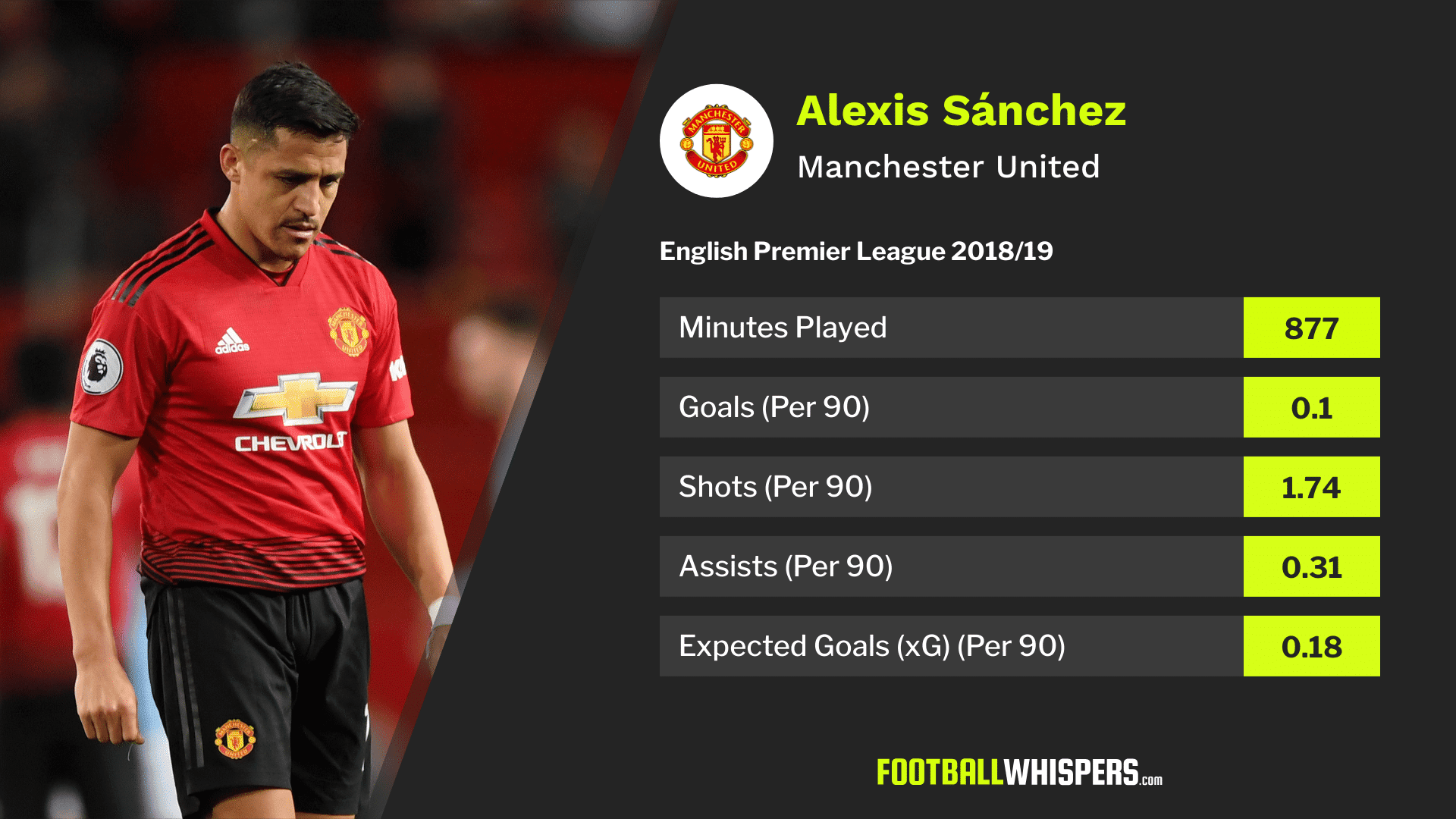 Whether or not José Mourinho pushed to sign Sánchez from Arsenal in January 2018 purely to annoy Manchester City counterpart Pep Guardiola we'll never know. But what we do know is the transfer has turned into a nightmare which shows not sign of abating.

The Chilean's contribution in 18 months at Old Trafford amounts to just five goals and nine assists in 45 appearances. At a reported cost of £500,000 per week, making him United's highest earner, he is a problem on more than one front.

That pitiful output and astronomical wage mean the 30-year-old is unreachable for almost anyone and he will be stuck – most likely warming the Old Trafford bench – for at least another season.

Another gifted, technical English midfielder who's had rotten luck with injuries is Liverpool's Lallana. Somehow the former Southampton captain is 31 and with his Reds contract at an end next summer, he's entering a crucial 12 months in his career.

England's Player of the Year as recently as 2016, the versatile midfielder enjoyed his best form as a Liverpool player when deployed as an eight-and-a-half under Jürgen Klopp, before a string of fitness-related issues halted his progress.

There have been suggestions Lallana could reinvent himself as a No.6 this term, putting his passing and vision to use. But with Fabinho and Jordan Henderson both excelling there last term, he's up against it. 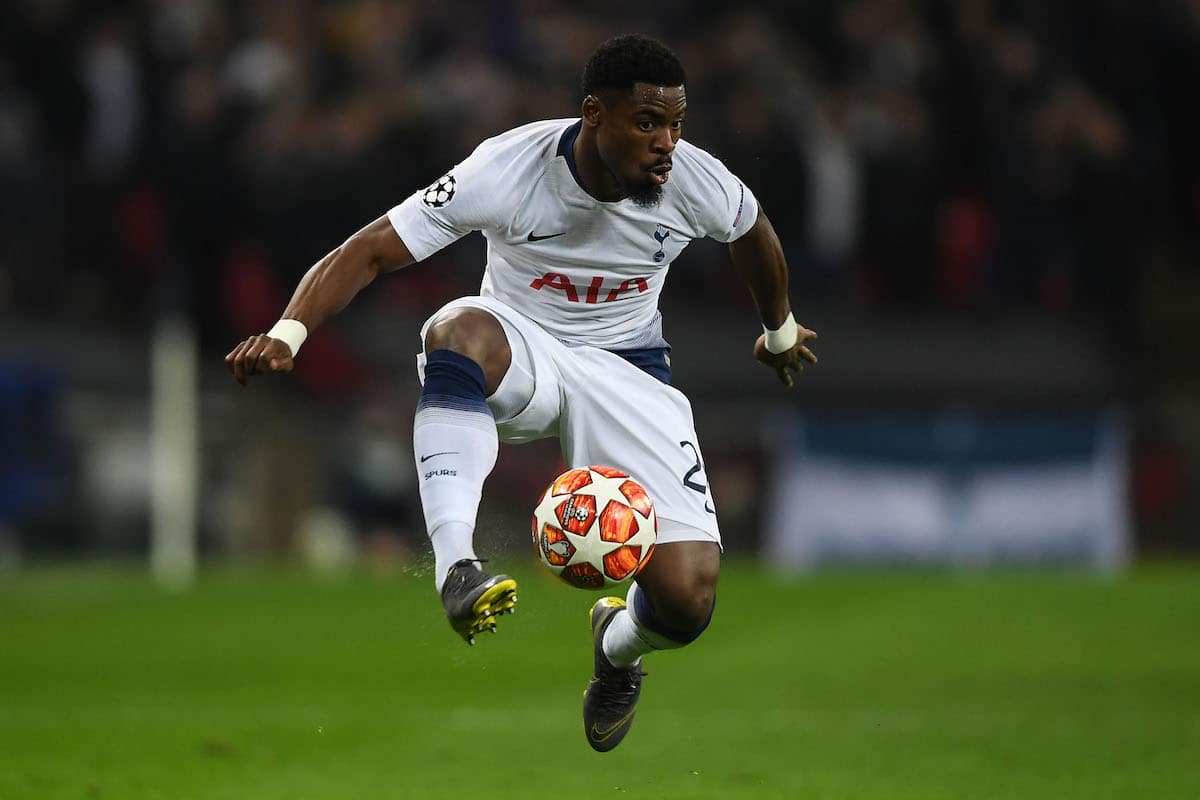 It says a lot about the viability of Aurier at right-back that Mauricio Pochettino entrusted the Ivorian to make just six Premier League starts last term, as Kieran Trippier struggled to replicate his superb World Cup form.

But with the England international moving to Atlético Madrid, Aurier has a second chance to make Tottenham's No.2 spot his own this season. The 26-year-old certainly has all the physical attributes to thrive in the Premier League, but his decision making, reading of the game and awareness have let him down.

A £22.3million signing from Paris Saint-Germain in the summer of 2017, Aurier has been linked with a return to France to join Monaco this week. That would leave youngster Kyle Walker-Peters as Spurs' only senior right-back which seems risky. Over to you, Serge. 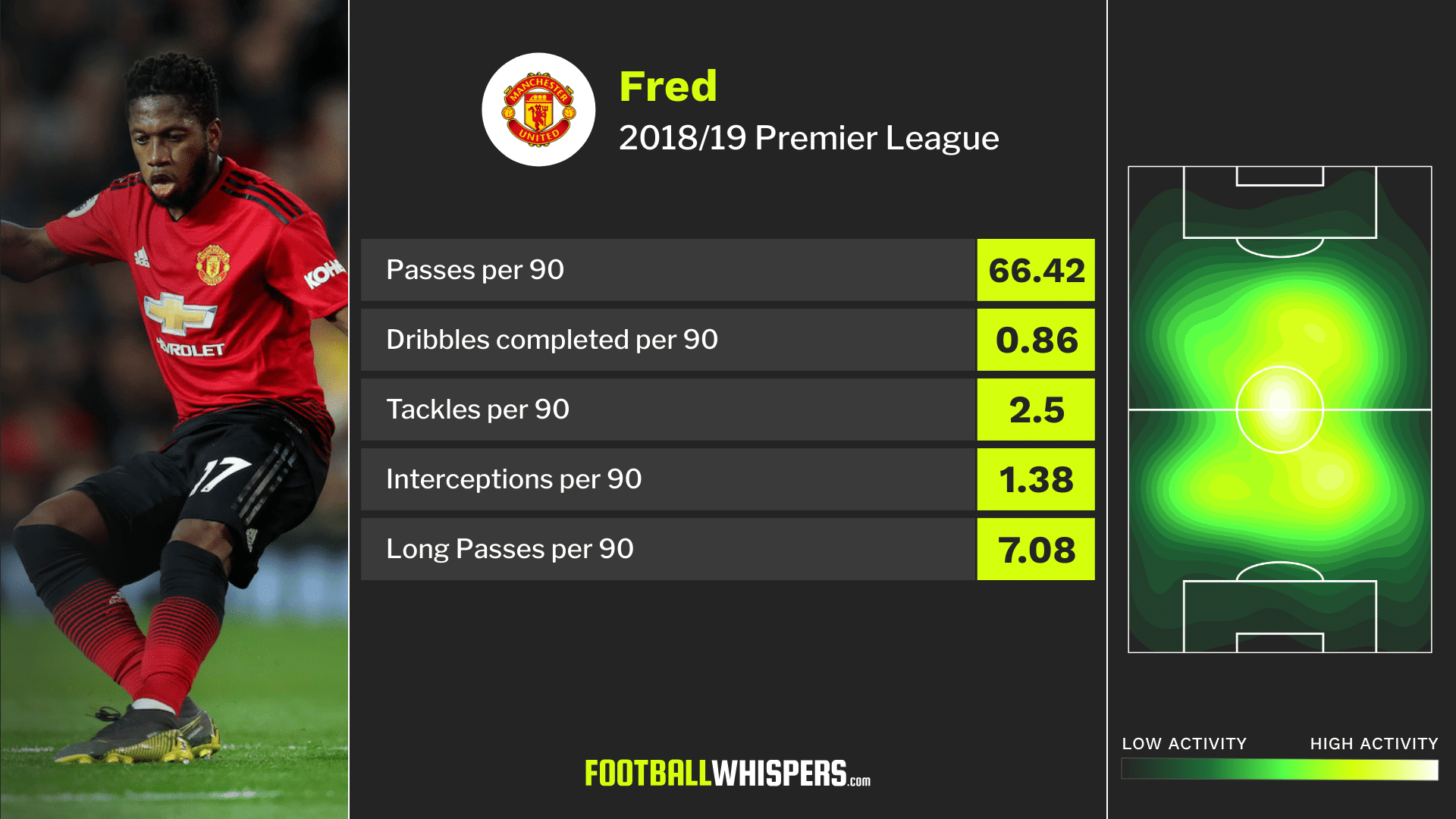 Another player United reportedly snared from under City's noses, Fred's time at Old Trafford has been about as successful as Sánchez's. At a reported £47million, big things were expected of the former Shakhtar Donetsk star.

Used sparingly in his first season at United, the Brazilian showed glimpses of the player the Red Devils thought they had signed, particularly in the 1-1 home draw with Wolverhampton Wanderers, his first and only strike in English football to date.

As things stand, he looks likely to join fellow South Americans Juan Sebastian Veron and Kleberson by going down in Old Trafford folklore as a flop. However, with Ole Gunnar Solskjær's focus on signing a centre-half – namely, Harry Maguire – he could get a reprieve this season. 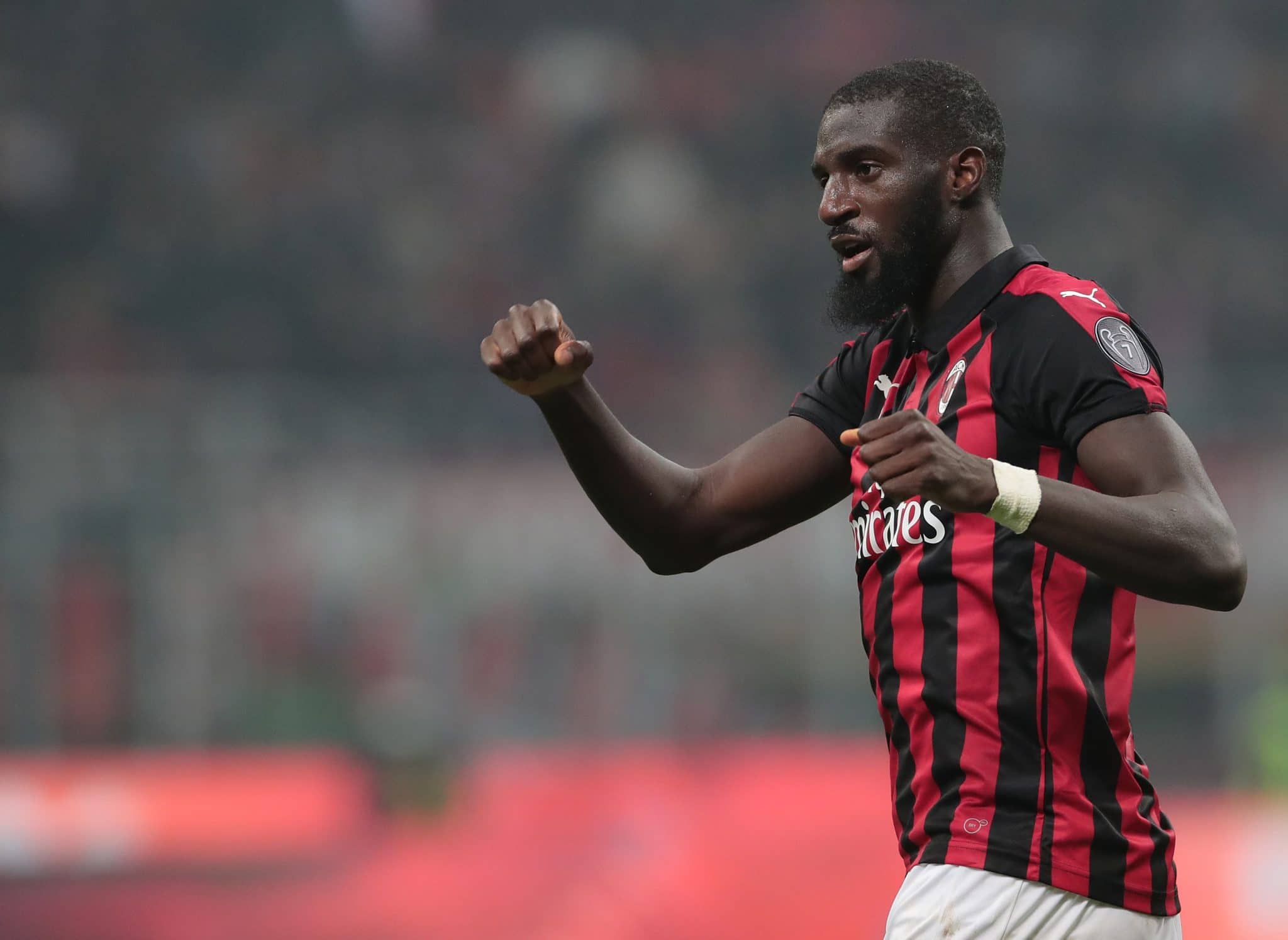 Frank Lampard's appointment as Chelsea boss has provided fans and players alike with cause for optimism. With their registration ban preventing the West Londoners from making any signings until next summer they must make do with their existing options.

One of which is Bakayoko. Back from an impressive loan spell at Milan, the Frenchman had at one stage looked set to join the Rossoneri permanently but a falling out with coach Gennaro Gattuso followed by a change in the dugout put paid to that. So he's back at Chelsea.

The rangy midfielder has been given a second chance this pre-season and, if he can reproduce the form he showed in winning Ligue 1 with Monaco in 2017, he could be like a new signing for the Blues. At the very least he's more likely to play than Danny Drinkwater. 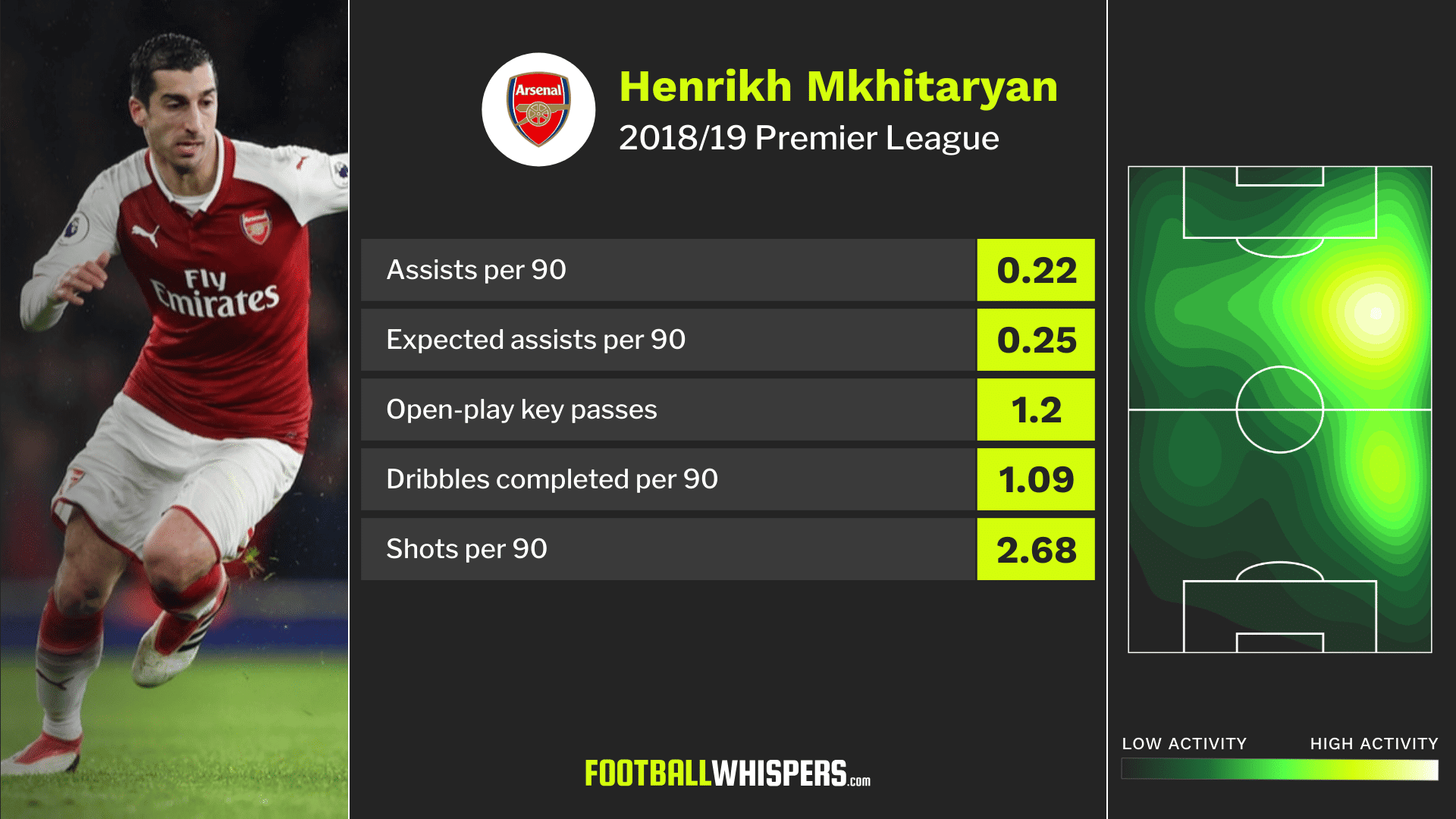 The other half of the deal which took Sánchez to Manchester United, Arsenal did little, if any, better out of that now-infamous swap with Mkhitaryan, who has been every bit as inconsistent at the Emirates as he was in a season-and-a-half at Old Trafford.

Mkhitaryan arrived in England off the back of a truly phenomenal season with Borussia Dortmund in which he supplied 23 assists in all competitions. His complete record with BVB was 41 goals and 49 assists in just 140 appearances. Since then he's recorded 24 assists in three seasons in English football.

Gunners boss Emery would desperately like an upgrade on the Armenian, who saved his best form for last season's Europa League run. But with Wilfried Zaha out of their price range and seemingly closer to Everton than Arsenal, the 30-year-old looks set to stick around a little longer.