The Premier League is – according to the TV companies at least – the greatest league in world football. It plays host to several elite clubs, countless global superstars and big-name managers.

And yet there are a number of players who have faded out of the Premier League limelight. They sit in the shadows, or more likely the stands, waiting for a chance to prove themselves against several of Europe's best.

When they do manage a rare run-out, eyebrows are raised. Their presence is greeted with a mix of bewilderment and joy, and usually a statement along the lines of: “God, I didn't know he was there.”

So we at Football Whispers have decided to pick out nine players that you've more than likely forgotten about, or maybe perhaps didn't even know they were still in Premier League.

Now 35 years old, the veteran midfielder is back in the Premier League this season following Huddersfield Town's promotion to the top flight. And while he is yet to start a game for the Terriers, he has managed to rack up three substitute appearances.

Whitehead, who spent several years playing in the top fight with Sunderland and Stoke, made brief cameos in heavy defeats to Tottenham Hotspur and Arsenal but was introduced at half time of Huddersfield's recent defeat to Chelsea.

His surprise appearance caused somewhat of a stir on Twitter, with Whitehead ending the night as a trending topic. His side, however, suffered a disappointing 3-1 defeat.

It wasn't so long ago that the Liverpool native looked likely to become the Reds first-choice right-back. Week in, week out he was producing impressive performances in both attack and defence.

It led to Flanagan earning the nickname ‘The Red Cafu' and it was one the Brazilian legend endorsed.

“He has speed, strength and determination,” Cafu told Liverpool's official website. “He's an athlete who goes after it and never gives it up. That's exactly what I used to do; there were no missing chances for me, no tiredness and no being dejected.

“I see that style in him too. I hope he continues that way and achieves as many trophies as I did.”

Sadly for Liverpool and Flanagan, injuries have severely hampered his promising career.

A loan spell at Burnley last season yielded just ten appearances in all competitions and while he is back at Liverpool, he hasn't featured at all this term.

Leicester City spent £8million to sign the Argentine from Brighton and Hove Albion in the summer of 2014 and while he has racked up 100 appearances for the Foxes, he has never been able to secure a regular starting berth in the first-team.

Last season he fell-out spectacularly with then manager Claudio Ranieri after failing to secure a January move. “I feel betrayed by Ranieri and let down by the club. I will not play again for them,” Ulloa tweeted.

Ulloa ultimately remained at the club while Ranieri did not. But he only managed to make a further four Premier League appearances under Craig Shakespeare and this term has managed to feature in just 12 minutes in the top flight.

It was only in the summer of 2016 that the Scottish winger was seen as one of the most promising young players in English football. He was quick, powerful and technically gifted, it was little wonder bigger clubs were circling.

But in a surprise move, he ended up leaving Nottingham Forest for Bundesliga newbies RB Leipzig for around £13million. It was a shock, but he was praised for taking a risk and it was one that looked to have immediately paid off as he teed up the winning goal on his debut against Borussia Dortmund.

A year and 24 Leipzig appearances later, he left Germany for West Bromwich Albion in a £15million move. However, his spell at the Hawthorns hasn't gone to plan.

Burke has managed just 67 minutes in the Premier League and a very promising career has stalled badly.

Perhaps we're being a bit harsh on the Stoke City midfielder. He has missed the last 20 months of football due to double leg break suffered in May 2016, but remains registered to compete in the Premier League is likely to have bypassed many.

Ireland is reportedly closing in on a return to action and Stoke are set to extend his contract, which expires this month, until the end of the season.

The Republic of Ireland international is targeting the FA Cup third round as the weekend of his return. Mark Hughes will hope he is still around to see Ireland's comeback.

The Bosnian is a popular figure among Everton supporters but has fallen down the pecking order dramatically at Goodison Park this season.

Perhaps that is because of the number of midfielders Everton signed in the summer, or maybe he just wasn't fancied by Ronald Koeman and David Unsworth.

Bešić has mustered just 44 minutes of Premier League action this term and could move on from Everton in January if he is unable to break into the side under Sam Allardyce. 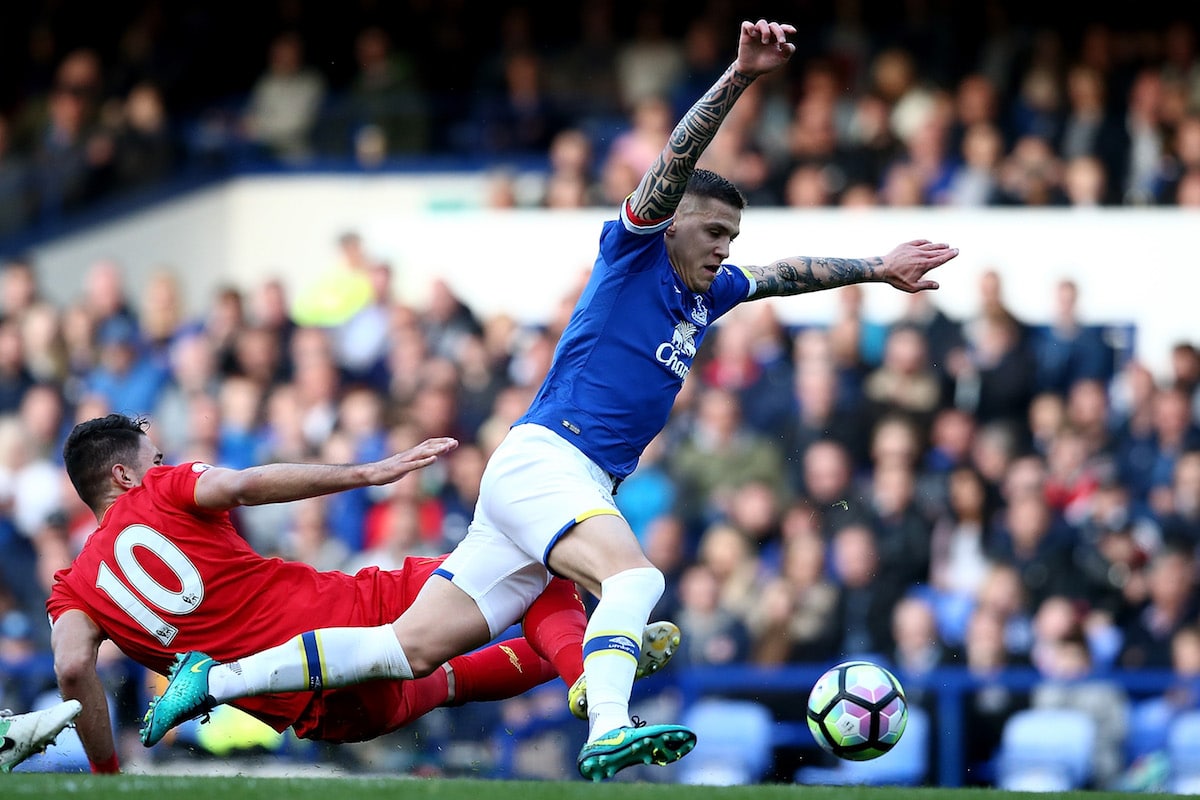 It's somewhat surprising that the former England international is only 33 years old given he's been a Premier League regular since 2003. But this season the Stoke No.8 (we're not sure why either) has slowly slipped down the pecking order at the Bet365 Stadium.

He hasn't featured in Stoke's last eight Premier League games and despite Hughes claiming the defender would be given a chance in the coming weeks, it wouldn't be a surprise to see Johnson move on in January.

The midfielder played 34 games for Newcastle United last season as they clinched promotion to the Premier League, but he hasn't had the chance to prove himself in the top flight after a bust-up with Rafa Benitez.

Colback hasn't made a single match-day squad this season and was even omitted from the first-team squad photo by Benitez.

The Spaniard said: “It’s simple, we had decided the squad before. He is not training with the team and we didn’t change our position on that.”