The ‘magic of the FA Cup' is lost on the current generation. Nowadays, the oldest football competition in the world is largely seen as a distraction, particularly to the Premier League's top six.

Of course, the dominance of television deals has altered the FA Cup third round Saturday almost beyond recognition.

In fact, 22 of the 32 ties set to be played at a time other than the traditional Saturday 3pm, the idea that the first round in which the biggest teams in the country are involved being one the best days on the football calendar now seems faintly ridiculous.

For the smallest teams, it still offers a chance to dream but, for the likes of Manchester City, Liverpool et al, the 2019 edition will be used mostly as means for squad rotation, with fringe players getting the chance to start and first-team regulars offered some respite after a gruelling festive programme.

Of course, outstanding performances can push out-of-favour players back into the picture for league games. Here, we look at eight Premier League players who will try to use this weekend's FA Cup fixtures as a springboard to a more prominent role at their clubs on a weekly basis.

Signed for an eye-popping £52million in the summer, the Brazilian's impact at Manchester United has been minimal. The 25-year-old has started just seven Premier League games, with one goal to his name but no assists.

Fred has largely been a peripheral figure under Ole Gunnar Solskjær. Although he started the Boxing Day win over Huddersfield Town, he was hooked off after 53 minutes he has played just 11 minutes across the other three games following the Norweigan's appointment.

However, the fact that he was an unused substitute in Wednesday's win at Newcastle United suggests he will feature prominently for the visit of Reading to Old Trafford on Saturday.

The South American is evidently still finding his feet after spending the last five years in Ukraine but a home cup match against a side second from bottom in the Championship represents a major opportunity for him to show why the Red Devils were willing to part with such a sizeable sum for his services and stake a claim for a starting berth in the second half of the season.

Like Fred, Keïta is another big-money signing with whom fans have had to be patient.

Having established himself as one of the Bundesliga's most dynamic midfield operators during his two years at RB Leipzig, Keïta has not yet lived up to the billing – or his £52million price-tag – with just seven league starts to his name. In 14 appearances overall, he is still waiting for his first goal or assist for the club.

Of course, Keïta's role as a bit-part player in Liverpool's title charge has as much been to do with the consistency of those ahead of him than any major failing on his part. While he is still finding his place under Jürgen Klopp, Georginio Wijnaldum, James Milner and, of late, Fabinho have kept the 23-year-old out of the line-up. 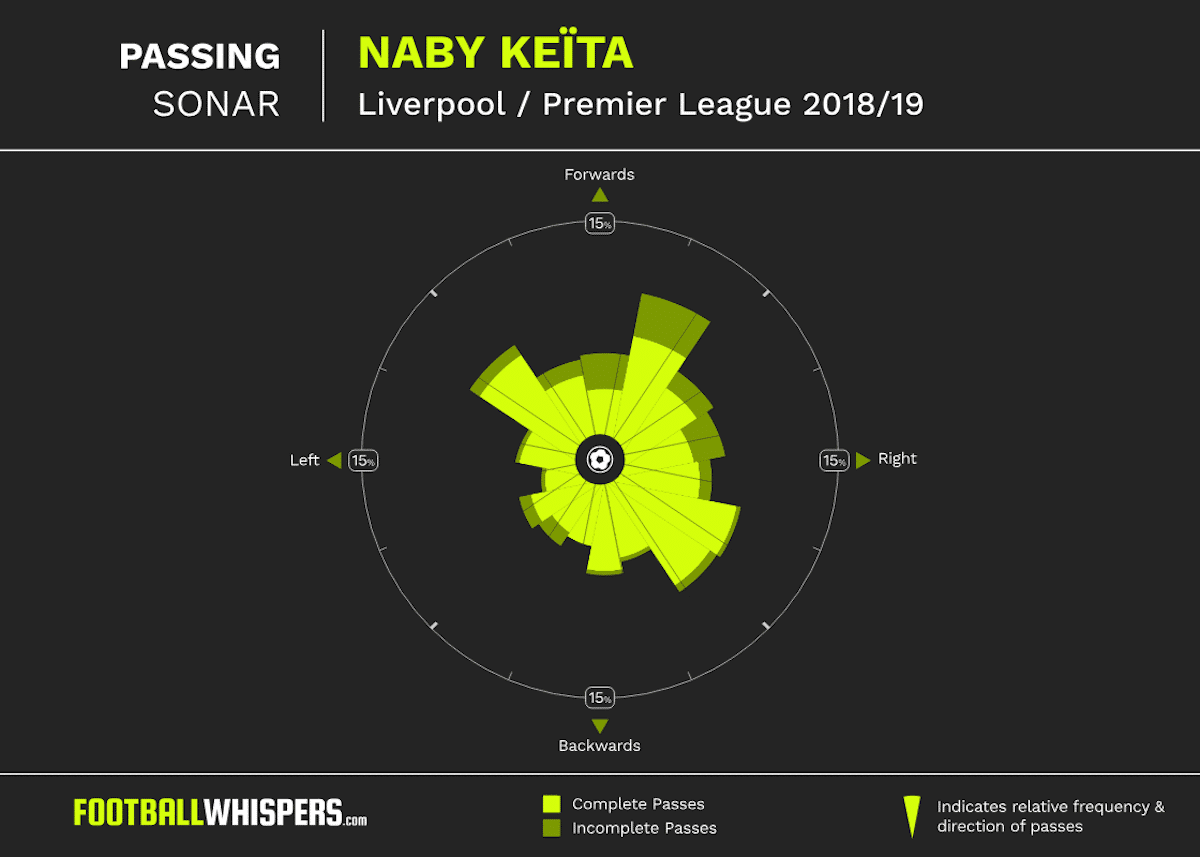 Klopp used September's Carabao Cup clash with Chelsea as the chance to give Keïta a rare start and the German is expected to do the same for Monday night's trip to Molineux to face Wolverhampton Wanderers. If the midfielder can raise his game for that encounter, it would afford him a foundation from which he could set about establishing himself in Klopp's line-up for the Premier League and Champions League games to come.

While Chelsea fans hope that the FA Cup brings goals back to Álvaro Morata's game, they will just be hoping that Christensen can get a game period.

Having featured heavily for Antonio Conte last season following two productive years on loan to Borussia Mönchengladbach, the Dane has been left out in the cold by Maurizio Sarri following the coach's arrival in the summer.

Still only 22, Christensen possesses great potential and, with Chelsea's third-round clash at home to Nottingham Forest on Saturday followed by the Carabao Cup semi-final on Tuesday, there is a chance for Christensen to get a couple of games under his belt in quick succession and challenge Antonio Rüdiger and David Luiz for one of the two central spots in Sarri's back-line.

Christensen's only league appearance this season portrayed a man of broken confidence, his misplaced pass leading to Wolves' winning goal in December. He'll hope the FA Cup can offer a shot at redemption.

The Frenchman's inclusion in this list may raise a few eyebrows but Unai Emery's reluctance to start Lacazette and Pierre-Emerick Aubameyang together has given the former a bit of a bum deal.

The 27-year-old has been in fine form this season, with eight goals and six assists in all competitions. Of course, that cannot compete with Auba's haul of 14 league strikes and will have felt aggrieved at having been left off the team sheet for big games this season, including Liverpool, Manchester United, Tottenham Hotspur, Chelsea and Manchester City.

Although the FA Cup won't have a decisive impact on Emery's thinking, bagging a couple of goals at Blackpool on Saturday would certainly send out the right message.

The Frenchman joined West Ham United after his doping ban ended having been without a club since leaving Antalyaspor in January.

However, Hammers fans had to wait to catch a glimpse of the former Manchester City playmaker when he was left on the bench during his new club's 2-2 draw with Brighton & Hove Albion on Wednesday.

But a home clash with Birmingham City, currently eighth in the Championship, seems an appropriate time for the 31-year-old to make his Irons bow.

The two-time Premier League winner could be handed the chance to make an immediate impression following his arrival and, if he does just that, he will be in contention for a return to league action against former side Arsenal on January 12.

Expectations surrounding Lookman were high after the young Englishman's impact on loan at RB Leipzig during the second half of last season.

However, it hasn't quite happened for the 21-year-old. After five goals and three assists in 11 games for the Bundesliga side, Lookman has spent the majority of his first campaign under Marco Silva on the outside looking in.

The England under-21 international has featured in the Premier League 11 times but his only start came against Newcastle on December 5. Desperate to keep his career moving in the right direction, Lookman will be keen to make an impression provided he regains fitness in time for Saturday's encounter with League Two side Lincoln City.

While Lookman would undoubtedly relish the opportunity to get stuck into a side from the fourth tier, he may have to wait until the fourth round – provided the Toffees don't end up on the wrong end of a giant-killing against the Imps.

Highly rated at Anderlecht, Dendoncker was regarded as another impressive coup during a summer of eye-catching arrivals at Wolves following their promotion.

However, while João Moutinho, Rui Patrício and Raul Jiménez have all caught the eye, Dendoncker had almost completely fallen off the grid until he was handed a surprise first league start in the win over Tottenham at Wembley last week.

While he was hooked off after 68 minutes for the more experienced and tactically astute Moutinho, Dendoncker is expected to be reinstated for the visit of Liverpool in Monday's cup clash.

Even if Dendoncker is unable to establish himself under Nuno Espírito Santo, the Belgian will hope that a strong cup showing can alert potential suitors to his qualities. He has reportedly become a Roma transfer target.

Dubiously touted as a replacement for Riyad Mahrez following his £10million capture from Monaco, the Algerian has done little to suggest he can come close to match the impact his compatriot and predecessor had at the King Power.

The 26-year-old has started just six times for Claude Puel's Foxes this term and was replaced by Marc Albrighton at half-time during the 1-0 win at Everton on New Year's Day.

The emergence of Ricardo Pereira has reflected poorly on Ghezzal considering they were bought at roughly the same time.

Goodison Park was the scene of his first start in the league in almost two months and, while he probably can expect to be dropped to the bench for the visit of Southampton on January 12, he'll fancy his chances of playing his way into form when the 2016 Premier League winners travel to Newport County on Sunday.

The Welsh side are 12th in League Two so Puel will expect his players to make light work of their hosts at Rodney Parade. That includes Ghezzal, who is in danger of letting his chance in England slip through his grasp.