The football is almost over but the transfer speculation is just beginning.

With no World Cup – well, for the men's game anyway – the transfer market will assume centre stage pretty much as soon as the Champions League final is done and dusted on June 1.

It's set to be a busy summer for several big clubs, with a clutch of players expected to change employers.

The Premier League rumour mill has kicked into high-gear but, for this particular article, we've decided to focus on high-profile players from across Europe who are destined to leave their clubs this summer.

Bale finds himself in a strange situation at Real Madrid. The 29-year-old intends to see out his contract until 2022 but Zinedine Zidane does not see the Welshman as a central part of his plans during his second stint at Los Blancos.

According to reports, Zizou believes Bale's Madrid career is over. The former Tottenham Hotspur winger will turn 30 in July, has a torrid history of injuries and pockets close to £15million a year in salary.

Zidane would prefer to clear Bale off Real's books and start his rebuild. The problem is finding a suitor. Manchester United have long been mentioned as a possible destination but their failure to secure Champions League football for next season makes that unlikely.

It is possible, however, to see Bale going out on loan. It's difficult to see where but, with Zidane reportedly willing to drop him to the second string, it's equally difficult seeing him playing his football in the Spanish capital next year.

Coutinho's Barcelona career hasn't gone as planned since the Brazilian joined the Catalans from Liverpool for a whopping £146million in January 2018.

The Brazilian has failed to strike up an effective understanding with his teammates and has spent a lot of his time on the bench.

His travails plumbed new depths when he was hooked off after an hour in both legs of Barça's Champions League semi-final tie with Liverpool.

The La Liga champions are said to be extremely disappointed with the 26-year-old's performances and are willing to listen to offers. He'd come at a hefty price, but he's perhaps too talented for one of Europe's elite to resist? 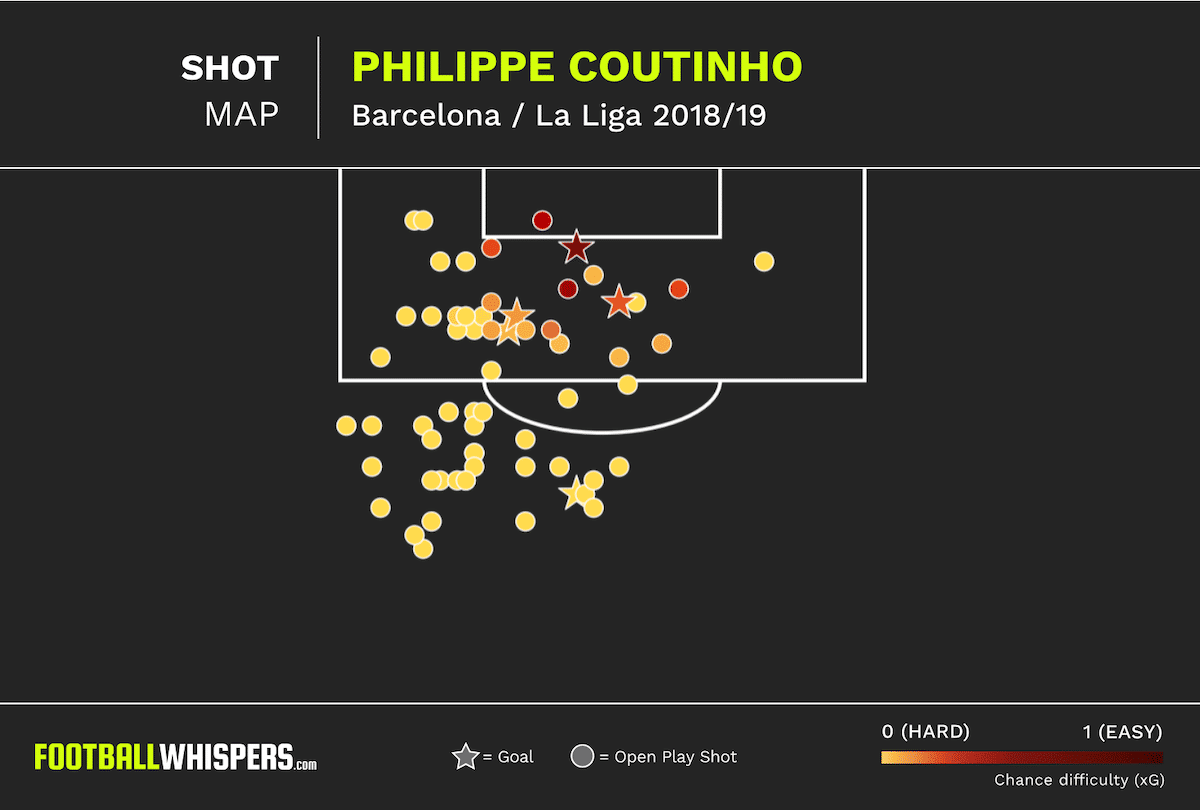 Another player tipped to headline Barça's summer clearout is Rakitić, who has been strongly linked with a move to Inter Milan.

The Croatia international is now 31 and, with the club said to have no plans to offer him a new contract, it looks as though his five-year stint at the Camp Nou is drawing to a close.

It makes sense for Barça to cash in on the former Sevilla midfielder. At this point, he is likely to start declining, slowly and surely, and if they can attract a large sum, they should take it.

According to Sport, Inter are willing to offer around £50million for him. It may become one of those protracted sagas, but Rakitić may well be headed for Italy.

Like Bale, James is not one of Zidane's favourites. The Colombian struggled for regular game-time during the Frenchman's first spell in charge and, following an up-and-down two-year loan stint at Bayern Munich, is expected back at the Bernabeu this summer.

But he may not be there for long. According to the latest reports, Paris Saint-Germain are lining up a move for the 2014 World Cup Golden Boot winner.

When fully fit and confident, James is one of the most dangerous attacking midfielders in European football. It would be great to see him in the Premier League – Arsenal were linked in January – but it's more likely that he plumps for a hefty pay packet at Les Parisiens. 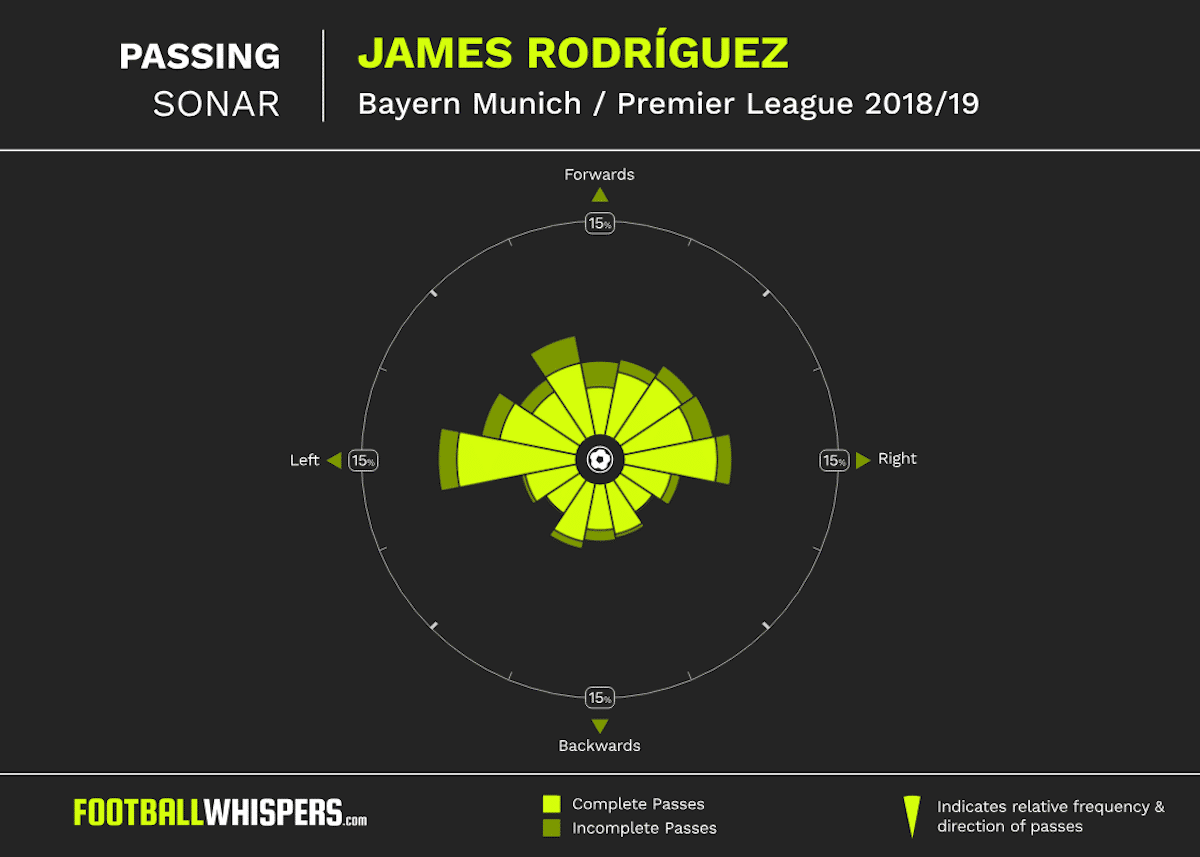 Frenkie de Jong is already set for Barcelona, but Ajax's 19-year-old captain has been strongly tipped to join him.

De Ligt deservedly attracted great acclaim for his performances during the Amsterdam club's run to the Champions League semi-finals, scoring headers against Juventus and Tottenham Hotspur.

His reputation remains fully intact despite Ajax's collapse against Spurs and he seems destined for a career as one of the best defenders in the world.

Barcelona seem the most likely destination but it wouldn't be surprising to see PSG or Juventus try to hijack any potential deal. Ajax CEO Edwin van der Sar confirmed De Ligt is likely to join a ‘big club' and didn't rule out the possibility of a switch to the Premier League.

“I think these will be De Ligt's final games with Ajax, but I hope he goes out on a high,” the former Manchester United goalkeeper told Sky Sport Italia.

“He's been here since he was a child and will end up at a big club. I think he'll go to England or Spain.” 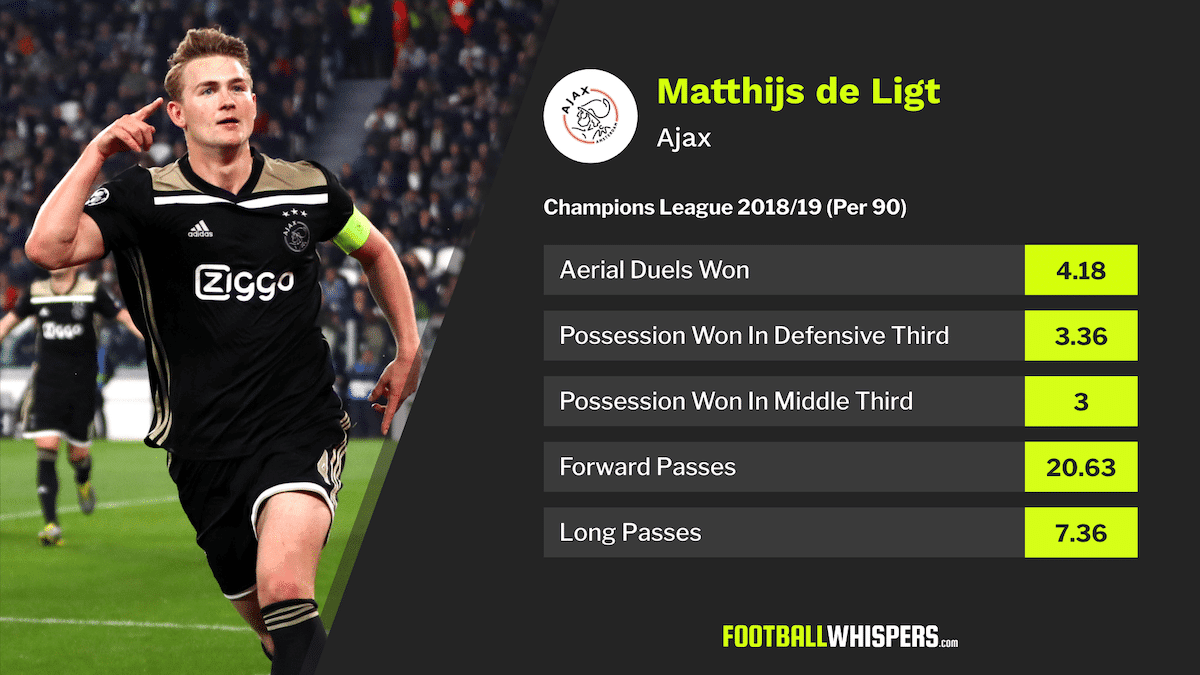 A haul of 20 goals in 33 Ligue 1 appearances for Lille this season has catapulted the Ivory Coast international onto the radars of Europe's top clubs.

Pépé will turn 24 and it seems like the right time to leave Les Dogues. Club president Gerard Lopez in April confirmed the winger's likely departure.

“Sure [Pepe will leave],” he told Telefoot. “He's going to get into a price range, wages, etc. that LOSC will not be able to afford. So it's clear that there's a career choice for him too, after that, where will he go? We'll see.

“We will not talk about a transfer until about mid-May. I think he'll have a choice, we'll see,” he added.

Reports this week have suggested that Bayern are not interested in pursuing the former Angers man, which may make Arsenal the frontrunners for his signature.

The Argentine has fallen down the pecking order at Juventus after Cristiano Ronaldo's arrival saw Massimiliano Allegri switch to a 4-3-3.

Still only 25, the former Palermo playmaker still has plenty to offer and has been linked with a big-money switch to Manchester United and Bayern Munich.

Dybala's arrival at Old Trafford is presumably dependent on whether the Red Devils offload one of their highest-paid stars, with the futures of Paul Pogba, Anthony Martial, Alexis Sánchez and Romelu Lukaku shroud in uncertainty.

Again, he is likely to come at a premium – some reports claim it may take around £85million to prise him away from Turin – but, with Aaron Ramsey set to join Juve, it seems probable that Dybala will head for pastures new.

Costa's second spell at Atlético Madrid has not been anywhere near as productive as the first.

He has scored just five times in 31 appearances since rejoining Atleti from Chelsea in January 2018 and his season is over after being handed an eight-game ban for abusing a referee during Los Rojiblancos' defeat to Barcelona in April.

Following that indiscretion, the club are said to be keen to offload the 30-year-old striker, with Napoli among the clubs potentially interested. The Chinese Super League also remains a possible destination.

Although there hasn't been much talk of Antoine Griezmann departing this summer (there usually is), it would be surprising to see Costa at the Wanda Metropolitano next season.