When Michy Batshuayi scored the goal which clinched Chelsea's fifth Premier League title he secured a little piece of trivia for the ages.

The £33.2million forward has not been afforded the game time he would have hoped for when he joined the Blues from Marseille last summer. He did not make his first top flight start until Monday and the 4-3 win over Watford at Stamford Bridge.

But in netting the winner against West Bromwich Albion it is Batshuayi's name that will be the answer to the question: Who scored the goal to clinch the 2016/17 Premier League title?

The 23-year-old is likely to leave Chelsea this summer in search of first-team football. He will do so as a champion and not the first history will forget. We've looked back over the Blues' four other title wins and picked out some names you might have forgotten.

The Russian midfielder made 25 appearances in all competitions during the 2004/05 campaign but only contributed 11 starts in Chelsea's first Premier League title win.

Signed for £3.45million from Bordeaux in 2003 by Claudio Ranieri, Smertin spent his first season in England on loan at Portsmouth.

He impressed enough to return to Stamford Bridge the following summer but José Mourinho was now in charge and the Portuguese was not sold on Smertin who, unsurprisingly, failed to break down a midfield of Frank Lampard and Claude Makélélé.

Smertin later turned out for Charlton Athletic and Fulham in the Premier League before retiring in 2008. 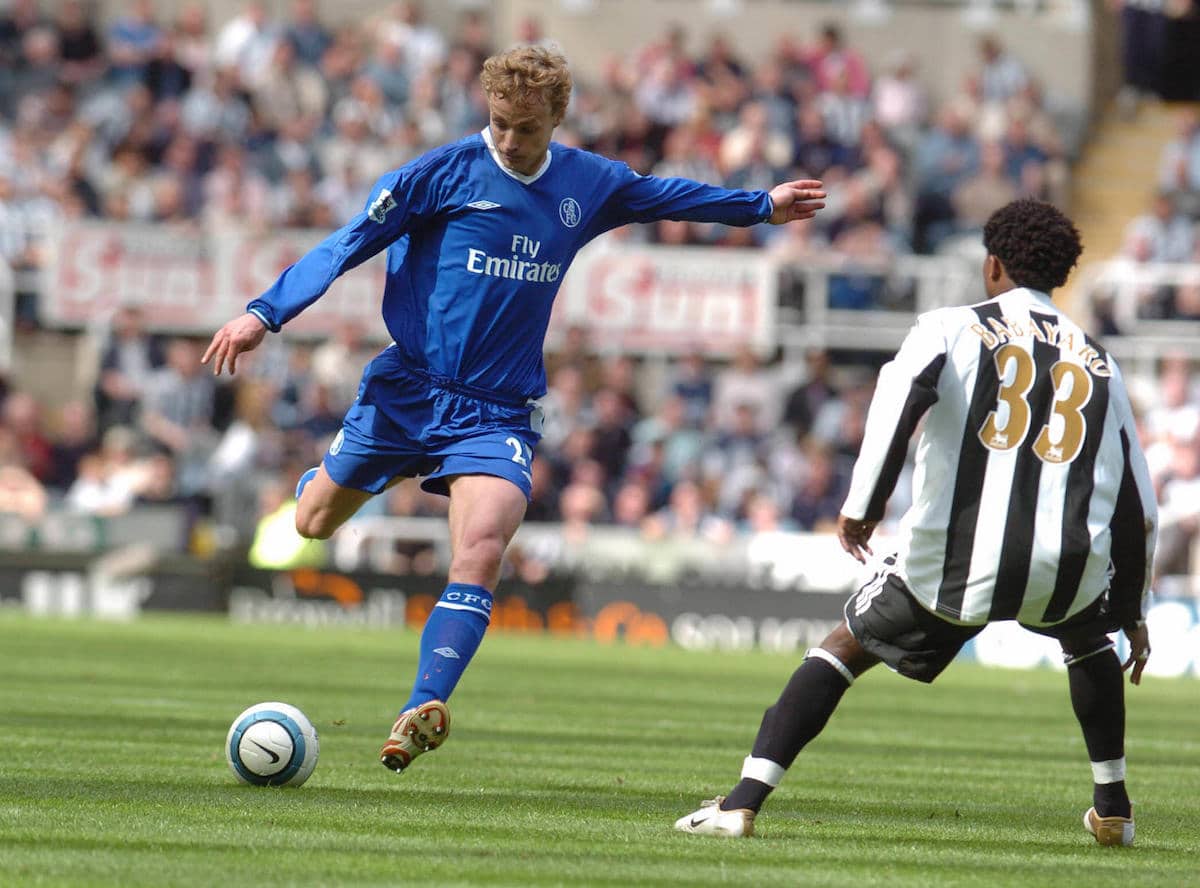 Even excluding Lampard and Makélélé, Chelsea's midfield was well stocked as the Blues won their first Premier League title under Mourinho.

Geremi, Tiago and Scott Parker were all on the books so it was unsurprising Jarošík featured sparingly as the Blues strolled to the title. The Czech midfielder made 14 Premier League appearances but only three of those came from the start.

Signed from CSKA Moscow for around £3million in January 2005, Jarošík found himself way down the pecking order at the Bridge and joined Birmingham City on loan the following season.

The 39-year-old has not played since leaving Alaves in 2015. 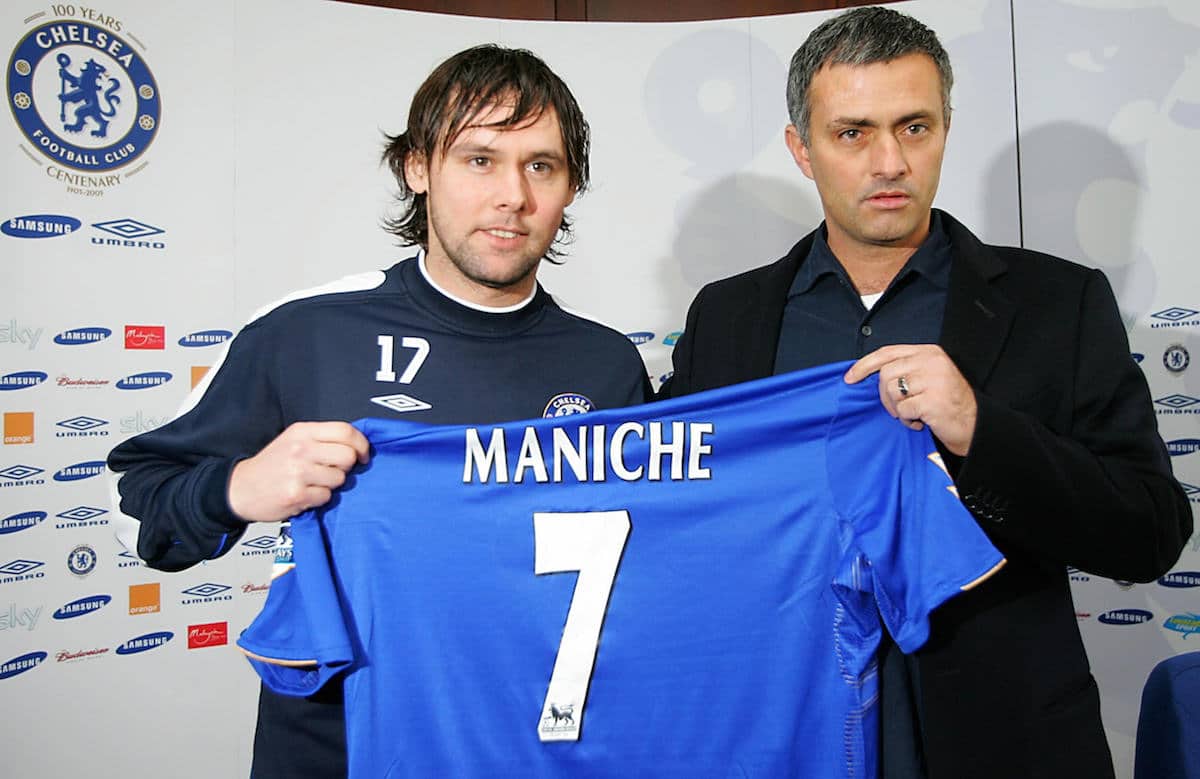 Signed on loan from Dynamo Moscow in January 2006, the Portuguese had worked with Mourinho at former club Porto, winning the Champions League, Europa League and two Primeira Liga titles under the current Manchester United boss.

Mourinho knew what he was getting in signing the Portuguese international to help Chelsea over the line. But either – as was often the case at the club at the time – it was a signing the Blues didn't need or Maniche failed to hit previous heights.

Either way, the midfielder made just three Premier League starts and a further five substitute outings. He later signed for Mourinho for a third time, joining Internazionale on loan in 2008.

On paper Diarra's CV is impressive. The midfielder can boast Chelsea, Arsenal and Real Madrid among his former employers. The operative word being ‘former'.

The French midfielder was named Chelsea's Young Player of the Year for the 2005/06 season despite making just three starts for the Blues, two of which came in the final fortnight of the season.

He moved on at the end of the following campaign, joining Arsenal for an undisclosed fee. But he was used sparingly at the Emirates too.

A fine spell with Portsmouth saw Diarra move to Real Madrid but his career has tailed off since and he joined Al Jazira in April 2017.

A player who has made a career from being a backup keeper, Turnbull joined the Blues ahead of the 2009/10 campaign after impressing at Middlesbrough as the Teessiders were relegated.

He joined as Petr Cečh's understudy and with veteran Portuguese stopper Henrique Hilario on the books as well. Unsurprisingly, Turnbull did not see much action, playing just twice in the Premier League.

The 6ft 4ins stopper made three further appearances in his maiden campaign, including in Chelsea's 1-0 defeat to Inter in the Champions League round of 16, and left the club having made six Premier League appearances in four years.

Utility man Zhirkov arrived at Stamford Bridge in 2009, becoming the most expensive Russian in history with his £18million fee eclipsing the £15million Arsenal splashed out on Andriy Arshavin.

But he suffered a knee injury soon after his arrival and had to wait until September to make his debut for the Blues in a League Cup tie against Queens Park Rangers.

Zhirkov still had to wait until December for his Premier League debut. First-choice left-back Ashley Cole was injured for three months in February 2010 but the former CSKA Moscow defender finished his first campaign with just ten Premier League starts.

He left Stamford Bridge in 2011 having made just 16 top-flight starts in two seasons. Zhirkov now plays for Zenit St Petersburg.

Ashley Cole had Chelsea's number three shirt sewn up for eight years so it was little wonder any left-back recruited in that period struggled to make an impression.

But when Luís joined from Atlético Madrid the expectation was the Brazilian would make the position his own. Instead, Cesar Azpilicueta thrived and nailed down that spot – despite being a right-back.

Luís still made 26 appearances in all competitions but only managed nine Premier League starts during his solitary season in England.

It was quickly apparent that Mourinho did not fancy the Brazilian international, who returned to Atleti in 2015 for the £16million he'd cost Chelsea. 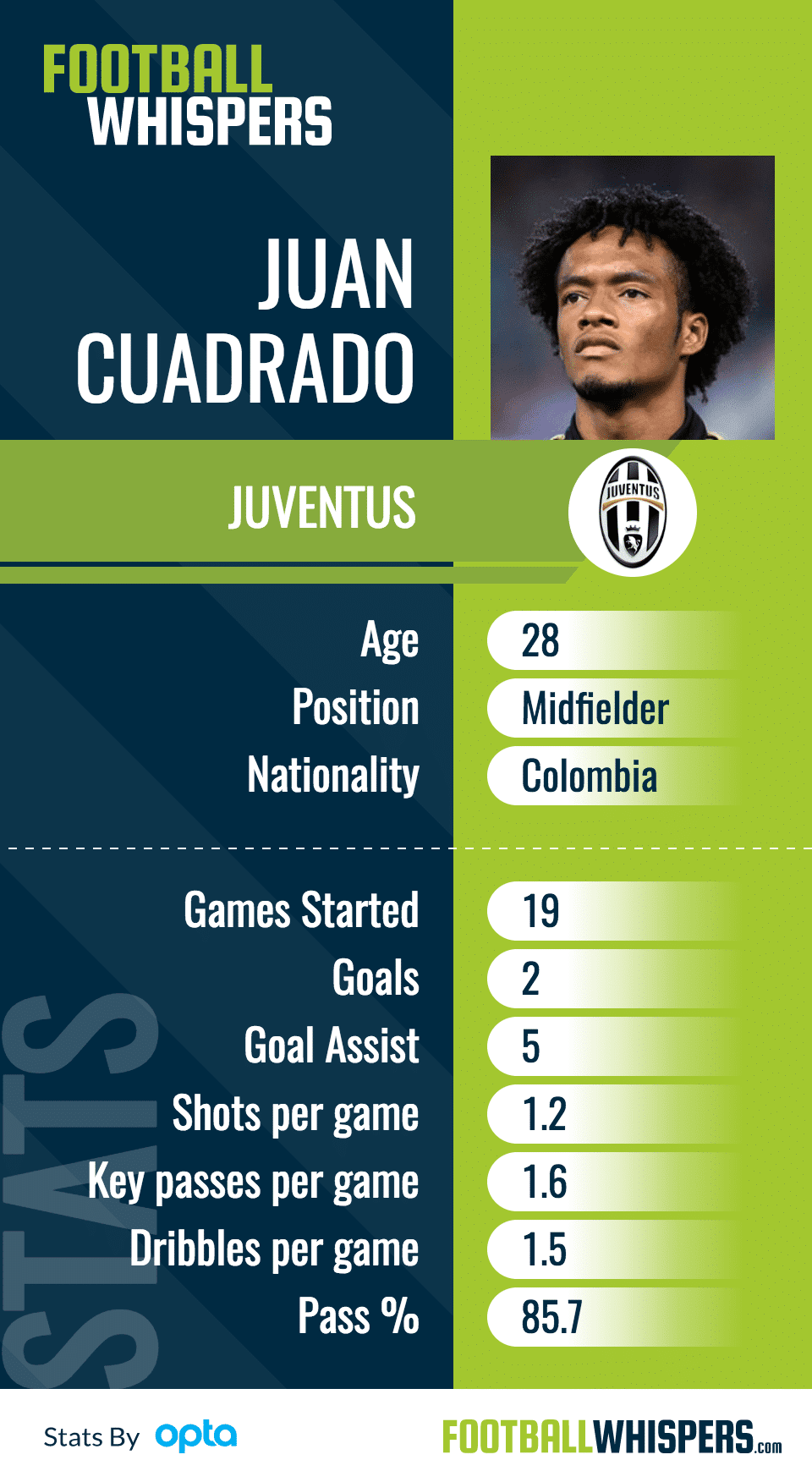 January signings at Chelsea are frequently only short-term fixes – or complete failures. Maniche makes this list on both counts.

Much more was expected when Chelsea snapped up Cuadrado from Fiorentina in January 2015 for £23.3million with Mo Salah, another failed January addition, heading in the opposite direction.

The hope was that the flying Colombian would inject more pace into Chelsea's forward line and add another attacking dimension. But he was restricted to just four league starts in his six months at the club as the Blues clinched a third title under Mourinho's stewardship.

In August 2015 he returned to Serie A, joining Juventus on loan for the season. After a successful season in Turin a three-year loan deal was struck with Juve obligated to buy Cuadrado at the end of that period if he meets certain conditions.