The Under-20 World Cup is finally upon us. While less competitive and emotionally charged as the men’s edition, the tournament showcases to clubs around the world a variety of different talents from all corners of the globe (although predominantly from Europe).

Many brilliant careers have been sparked by success at the tournament. In 2015, one of the major success stories from Serbia’s cup winning side has been Sergej Milinkovic-Savic, now dominating Serie A matches on a weekly basis with Lazio.

Below are seven potential breakout stars from this tournament who are almost certain to entertain and fill the void left as club football reaches its conclusion for another season.

Alban Lafont burst onto the scene in Ligue 1 this season with a string of stand-out spectacular games headlined by a production line of acrobatic saves. He makes the art of goalkeeping look more entertaining than most, and as he continues to become more consistent, will provide the reliability to match the spectacular. He heads into the tournament as one of the most experienced players at senior level, having made 60 Ligue 1 appearances with Toulouse already at the age of 18.

After France were grouped with New Zealand, Honduras and Vietnam, Lafont will be confident of producing three clean sheets to start the tournament. With Gigi Donnarumma absent from Italy’s squad, he is the best goalkeeper at the tournament.

Blessed with a jaw-dropping passing range, impressive enough to see him earn a move to Juventus where he will play next season, Rodrigo Bentancur will anchor Uruguay’s team at the U-20 World Cup.

While arguably not the best player in a gifted Uruguay squad which won the U-20 Sudamericano tournament on its way to qualifying for the World Cup, the 19-year-old’s potential is frightening. He combines his aforementioned passing range delightfully with his excellent technique on the ball and trademark Uruguayan tenacity off it.

Bentancur will be another player hoping to take his team all the way to the final, although his Uruguay team have been placed in a difficult group with Japan, Italy and South Africa. Uruguay are favoured to make a deep run in the tournament after dominating the U-20 Sudamericano. 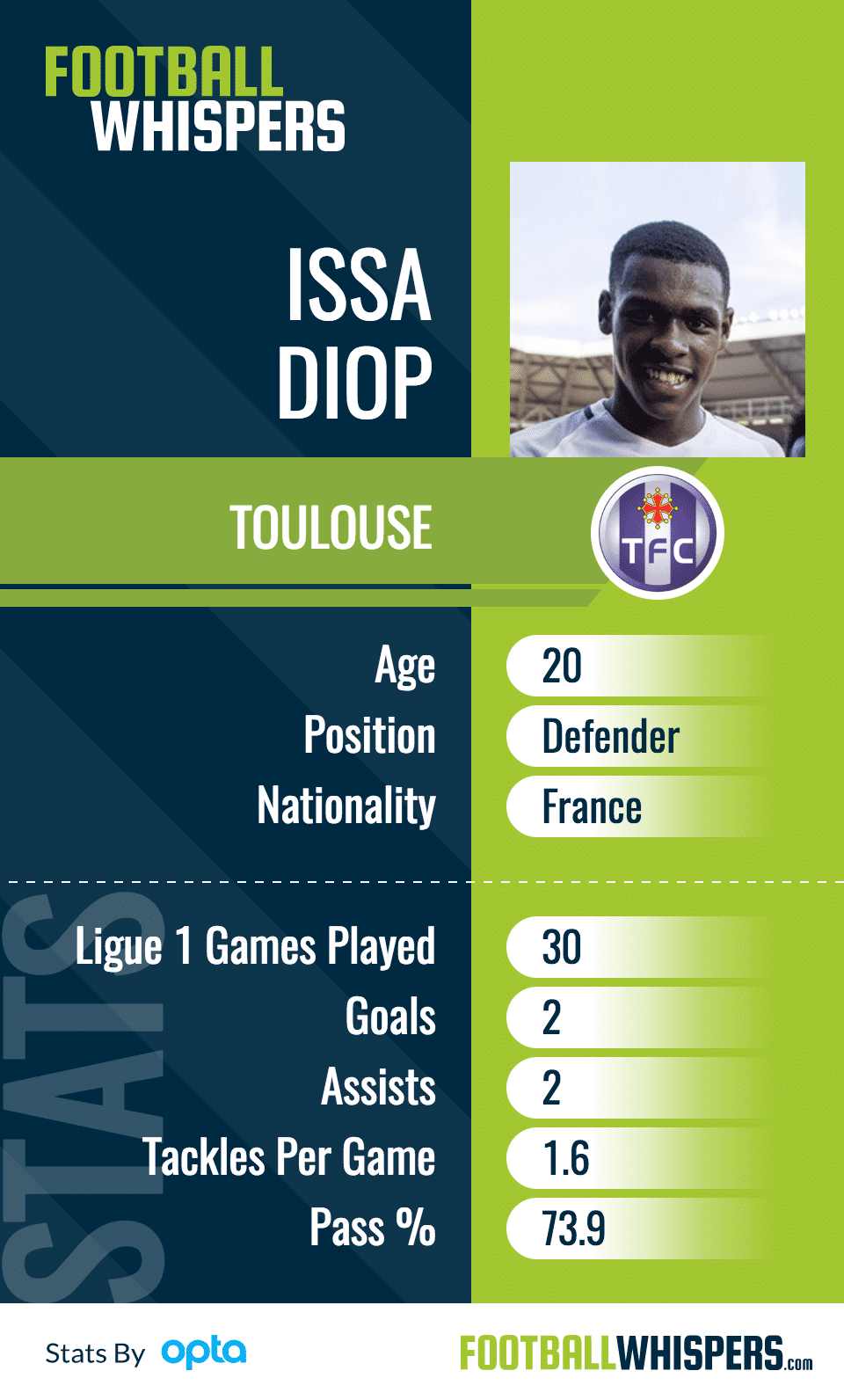 Issa Diop is a physical specimen to marvel at. He is strong, gritty, powerful but also classy as a central defender and arguably Toulouse’s most important player in Ligue 1 this season. Not only that, he is 1.94m tall and almost unbeatable aerially. In many ways, Diop is cut from the same cloth as Eric Bailly. The Frenchman is an imposing stopper that enjoys steeping up to meet attackers and bullying and intimidating them off the ball.

Venezuelan winger Adalberto Peñaranda has a point to prove. Starved of opportunity on loan at Udinese and Málaga after an impressive 2015/16 season during which he broke onto the scene at Granada, the World Cup presents an opportunity for the entertaining 19-year-old to take a positive out of a difficult season in which he played just 375 minutes of senior football.

Blessed with explosive pace and a host of exciting dribbling moves, Peñaranda also has control of many of the fundamentals required of an attacking player, including an underrated finishing ability.

Placed in a group including minnows Vanuatu, Penaranda will be confident of adding a couple of goals to his season tally.

José ‘Zé’ Gomes has dominated youth football in the last twelve months. Winning the Under-17 European Championship in 2016 with Portugal was a feat headlined by his golden boot and golden ball winning performances. He scored seven goals in that tournament in Azerbaijan. Earlier this year, Gomes also scored a goal in the UEFA Youth League final against Red Bull Salzburg albeit in a losing side on this occasion. Like his idol Thierry Henry, Gomes’ pace, off the ball movement and finishing ability underpin his ability to score regularly.

Portugal are a dark horse at this tournament. They are a squad comprised almost entirely of Benfica, Sporting and Porto youth players who are extremely familiar with each other. Furthermore, they will have a procession of training games against Iran, Costa Rica and Zambia in the group stages in order to hone their talents for the knockout rounds.

Allan Saint-Maximin is another entertainer in the ridiculously talented French side favoured by many to win the tournament. On loan at Bastia from Monaco, Saint-Maximin was a revelation in Ligue 1. His five successful dribbles per 90, three goals and two assists were unable to help save Bastia from relegation, but they highlighted how explosive he is and it will be interesting to watch him play on a significantly more dominant team. Along with Peñaranda, Saint-Maximin is arguably the quickest player at the tournament – he is box office.

If he can add some final product to a skillset currently lacking it, the Kylian Mbappé shaped hole from the French side that dominated the Under-19 European Championship last year will not seem so large. 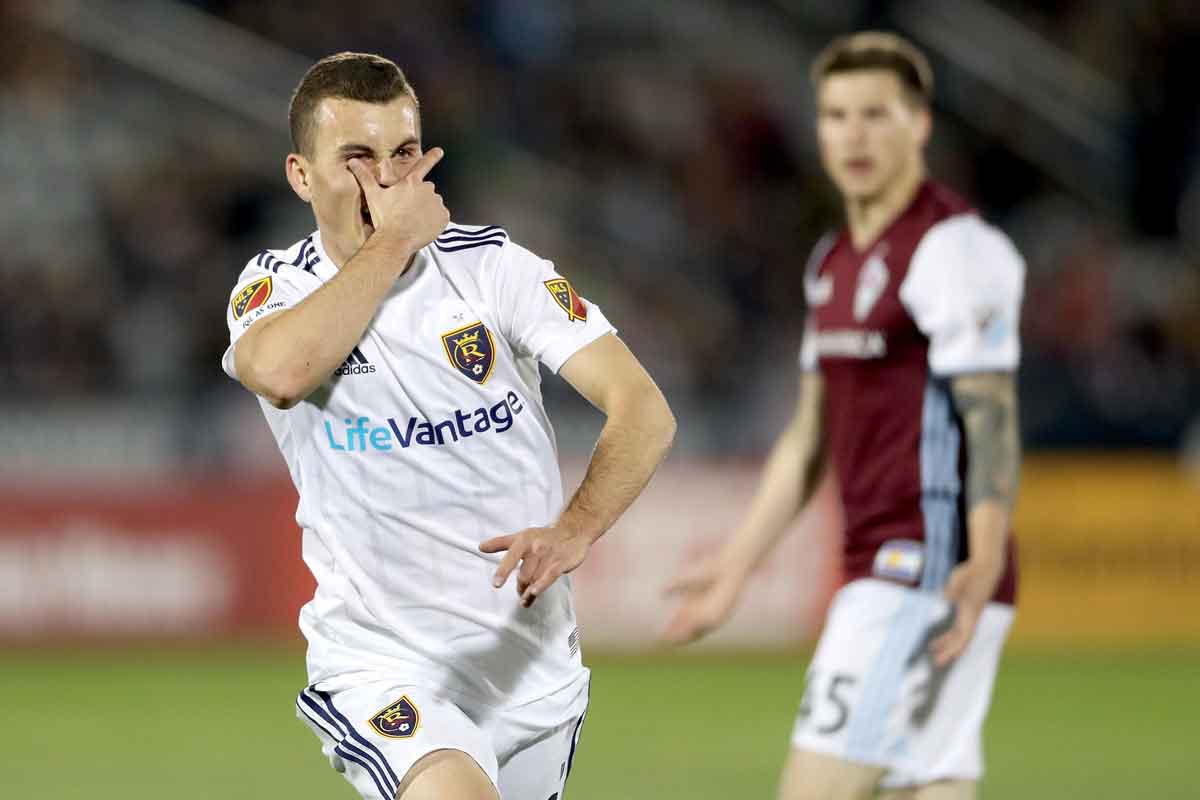 A versatile forward that constantly toes the line between making the perfect run and being offside, Brooks Lennon is making his first strides as a professional footballer this season in the MLS with Real Salt Lake. On loan from Liverpool, Lennon’s game is comparable to that of his Liverpool team-mate Danny Ings.

The American is quick enough and he enjoys drifting into the channels where he is capable of finding a man in the box; if not routinely, often enough. Fans of hard-working industrious strikers will love Lennon. He is not a volume goal-scorer, but he is an important role player nonetheless.

With the chance to play alongside fellow Premier League youth products in Arsenal’s Gedion Zelalem and Tottenham’s Cameron Carter-Vickers, the USA should feel confident about their chances of emerging from a group also containing Saudi Arabia, Senegal and Ecuador.