Finishing outside the top four last season could mean huge repercussions for the Arsenal squad this summer.

Alexandre Lacazette joins in a record deal from Lyon and Thomas Lemar remains an Arsenal transfer target. Even if the Ligue 1 champions hold on to their man, you have to believe Arsène Wenger has alternatives in mind.

The move to 3-4-3 at the end of the campaign breathed new life into a tired team and the French boss looks set to continue with those tactics this term.

Changing style both offers other players a renewed chance in the side, but pushes others towards the exit door.

Here are six players that Arsenal should look to get rid of before the start of the new season. 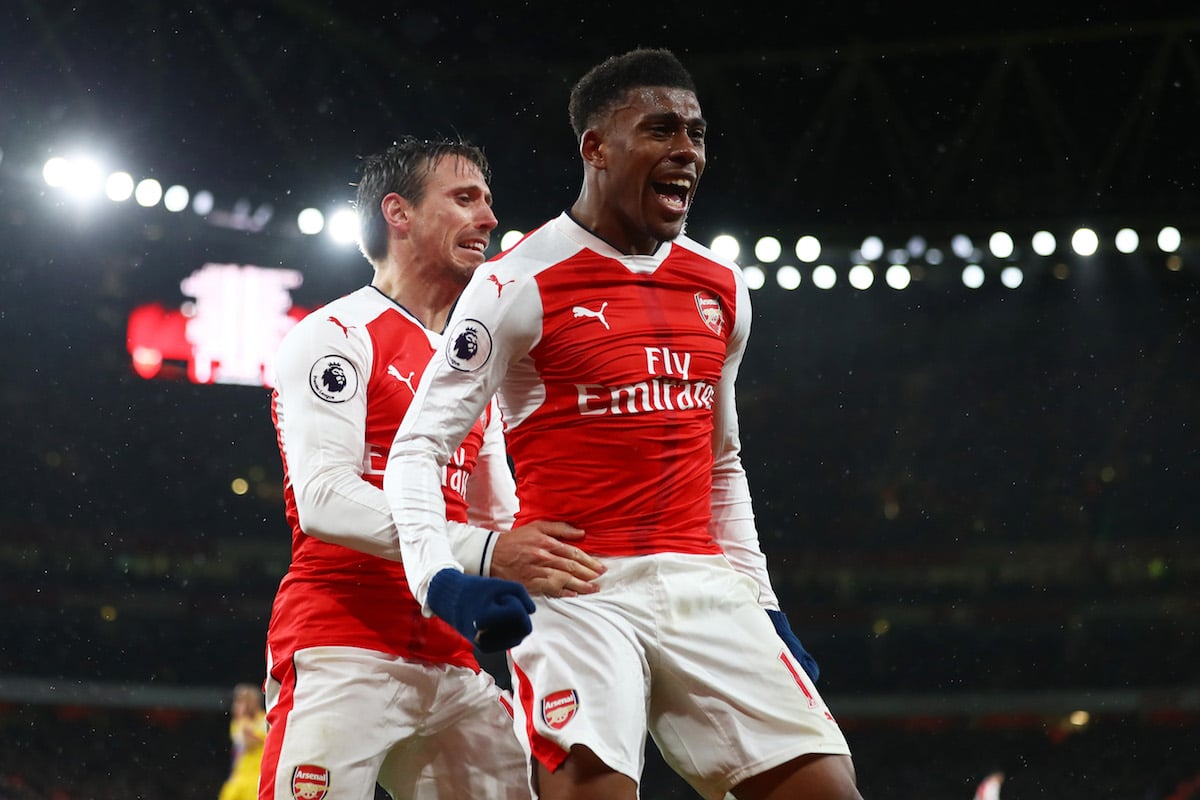 Although still just 21 years old, Alex Iwobi's chances at making a name for himself at Arsenal look limited.

A graduate of the Gunners youth system, he has pushed his way into Wenger's plans, but in 26 appearances – including 18 starts – he finished the season with three goals and four assists.

Will Arsenal Keep Their Stars? | FWTV by FootballWhispers

It's a decent return, but for a club trying to finish in the top four, they need to aim higher. Selling the Nigeria international at this stage might be a mistake, but he needs football at a lower level to show he is capable of making a difference.

There's definite promise there, but without consistency and proof he can be a forward in a Champions League side, his future could lie elsewhere. A loan move could benefit everyone.

“I know he has potential, he has an aggressive desire in the box. He can brush people away, he has an intense desire to score.” Those were the words of Wenger when describing Chuba Akpom after the striker scored a hat-trick in a friendly back in July 2015. Unfortunately, the youngster hasn’t lived up to his manager’s words since.

Now 21 years of age, Akpom has spent much of the last two years on loan in the Championship, firstly with Hull, now with Brighton. However, he has failed to score consistently at that level. For the sake of his development, it’s time the player went in search of more frequent game time.

Signed just last summer, Asano has spent the season on loan in the German second tier with Stuttgart. However, the Japan international has struggled to assert himself in the 2.Bundesliga. Stuttgart won promotion to the top flight, with Asano contributing four goals and four assists.

Considering the level of the competition, it's a decent return, but not enough to force himself into Arsenal's plans. Perhaps another loan deal in another top-flight team would be ideal, but it could be time for the Japanese forward to move on.

Joel Campbell: "There is no purchase option. I have to fulfill my loan to Sporting in the best way and then return to Arsenal." pic.twitter.com/C5C1BBUnlT

During the 2015/16 campaign, Joel Campbell emerged as a sort of wildcard within Arsenal’s squad. Injuries to Theo Walcott and Alex Oxlade-Chamberlain opened up a spot for the Costa Rican in Wenger’s starting lineup, and, for a brief period, he took his chance with some creative displays.

Despite this, he was loaned out for the fifth time in his Arsenal career last summer. At 24 and having failed to impress with Sporting Clube de Portugal, it’s time for Campbell to move on permanently.

After a protracted spell out through injury, Debuchy failed to impress on loan at Bordeaux last season. Since returning to Arsenal, the right-back has made just one appearance.

Angered by the blocking of a potential move to Manchester United last year, the 31-year-old’s relationship with Wenger has faltered. “We greet each other, we say hello – nothing more.”

Close to making a move to Nice this summer, the deal broke off due to his wage demands. The former France international could have joined a team in the Champions League, but he let his greed get in the way and now the French side have moved on.

Arsenal are looking to move on from Debuchy, they just need to find someone to take him off their hands.

It took a late, late @carljenkinson strike to deny @ManCity victory in a six-goal thriller @Arsenal

Four years' ago, Jenkinson was one of the most promising young players in the English game. Now, however, he is a 25-year-old in dire need of regular football. After injuries and spells out on loan, he finds himself lodged firmly in the backwaters of Arsenal’s squad. The summer transfer window will offer him a chance to improve his situation.

After some inspired individual displays for Wales at Euro 2016, many felt last year was the season that Aaron Ramsey would kick on and produce his best form for Arsenal on a consistent basis.

Instead, he has suffered from positional uncertainty and inconsistency, once again spending far too much time on the substitutes’ bench.

The 26-year-old started just 13 games in the Premier League. Making 24 league appearances overall, scoring once and picking up three assists. There is still obvious class there, but in the 3-4-3, you wonder just where he fits in Wenger's plans.

Ramsey is just one game away from making his 300th appearance for the North London club. However, since joining from Cardiff City, he has 48 goals and 45 assists, but seasons of unfulfilled potential.

He’s too good to be so low down the pecking order, meaning a transfer could be on the horizon. There’d certainly be no shortage of suitors. Plus, this could be a deal that helps the Gunners raise the funds needed to land Lemar.