Despite the recent upheaval, Newcastle United is a club that is accustomed to watching some of the best footballers adorn the famous black and white strip. With the current incumbents having started the season well in their quest for an immediate return to the Premier League, we take a look at seven Newcastle legends that evoked plenty of fond memories during their time at the club.

Arguably Newcastle’s most favourite son, Alan Shearer’s place as one of the Toon Army’s greatest ever players is non-negotiable. Having been born in Gosforth, the hometown hero made a rapturous return to the city following his then world record £15m transfer from Blackburn Rovers in 1996. Although the partnership was unable to secure a long-awaited trophy, ‘Super Al' would repay the faith shown in him with his number one currency; goals. 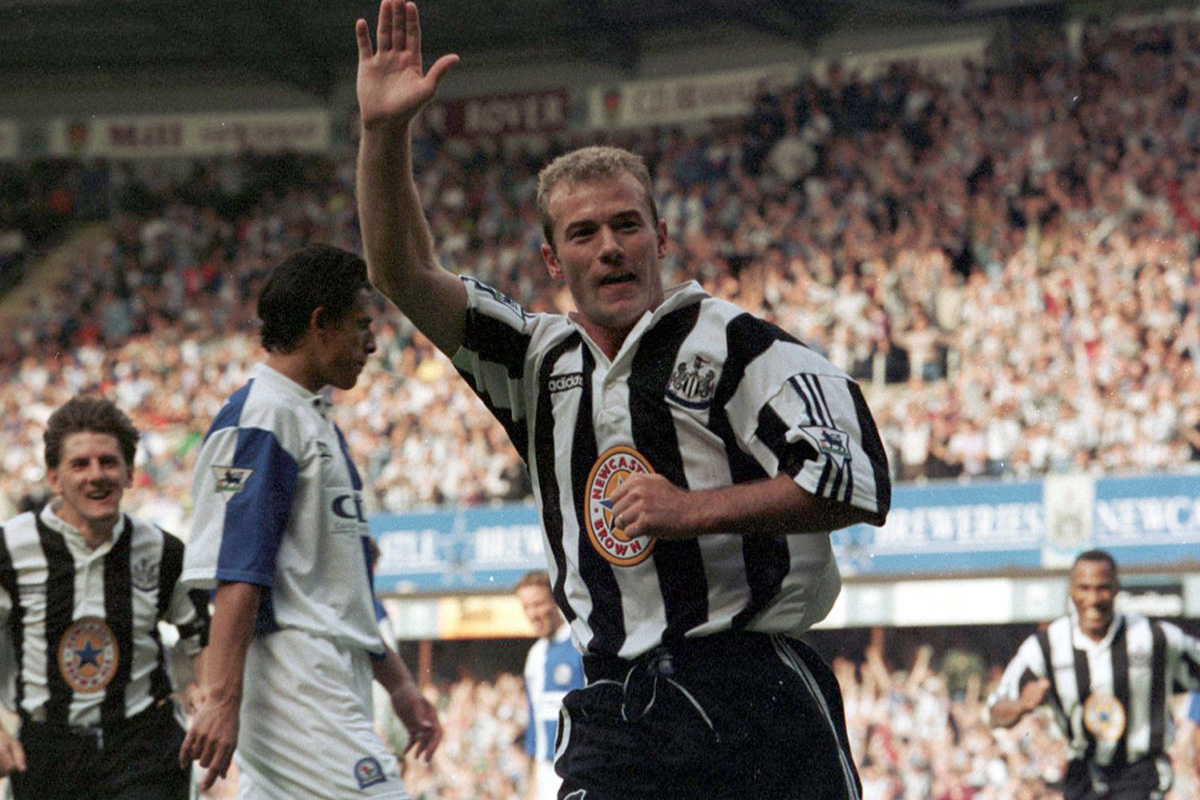 Without question Shearer’s best day in the black and whit shirt occurred on 4 February 2006, when his strike against Portsmouth in front of the St. James’ Park crowd saw him claim his 201st goal for Newcastle, breaking Jackie Milburn’s 49-year-old record before eventually finishing his Newcastle career on 206. With Newcastle’s Premier League tenure in serious doubt during the 2008-09 season, Shearer would return as manager with the hope of saving his beloved club from the drop, though he be unsuccessful. But despite that disappointment, Shearer’s affiliation with the Geordie faithful will always be fondly remembered.

Like strawberries and cream, Newcastle United and great goalscorers are two things that happen to go hand-in-hand, and before the advent of Shearer, Jackie Milburn showered the Toon with an array of goals during a 14-year spell at the club. Having been cousin to the mother of England legends Bobby and Jack Charlton, Milburn was always destined to succeed as a footballer, making his debut for the club in 1943 in the old Second Division. 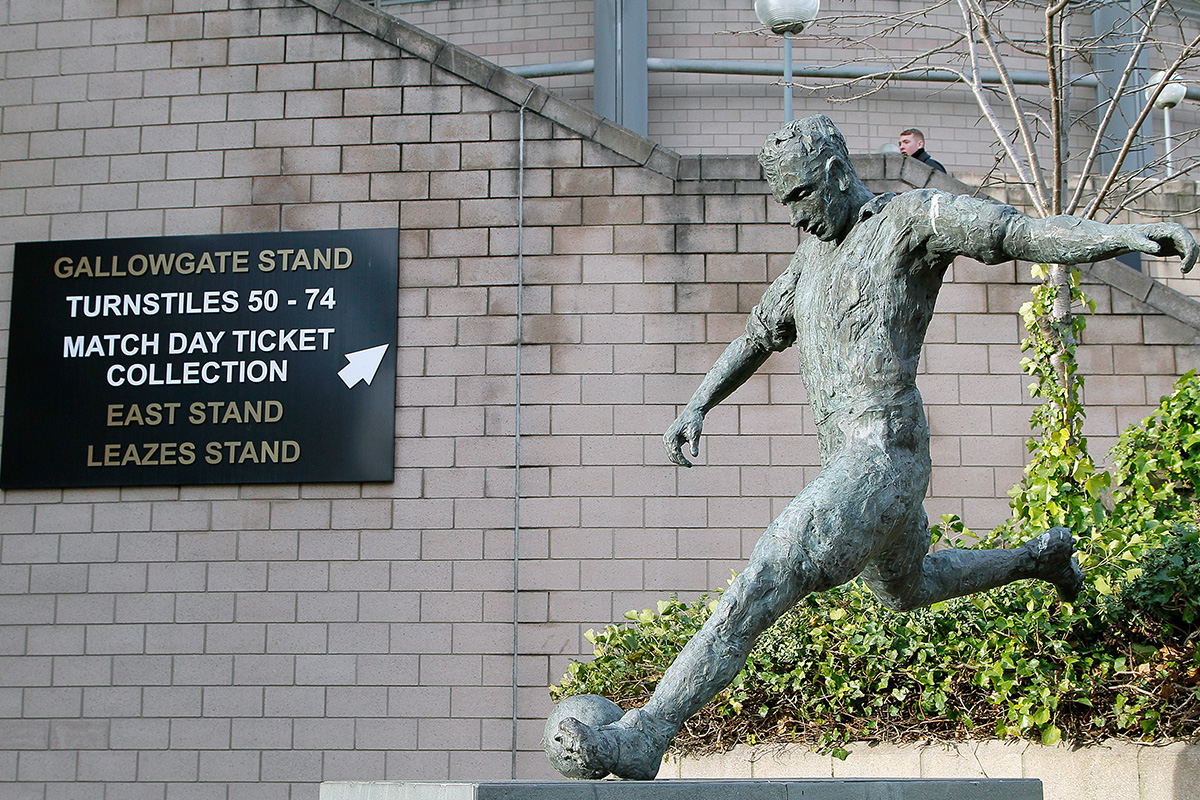 Milburn’s goals would help Newcastle gain promotion to the first division five years later. But it would be his three FA Cup successes in 1951, 1952 and 1955 that would gain him iconic status in the city, with the '55 triumph remaining the last major trophy won by Newcastle. Milburn would end his time in the Northeast with 200 goals, a record that remained until Shearer eventually bettered it.

Although he only spent two seasons with the club, Kevin Keegan still managed to obtain the adulation of the Newcastle crowd. His arrival in 1982 for a £100,000 fee caused somewhat of a stir, considering that Newcastle was plying its trade in the second division at the time. The move proved to be an inspired one, as Keegan enjoyed a productive spell, scoring 48 times in 78 appearances as the club gained promotion back to the First Division. 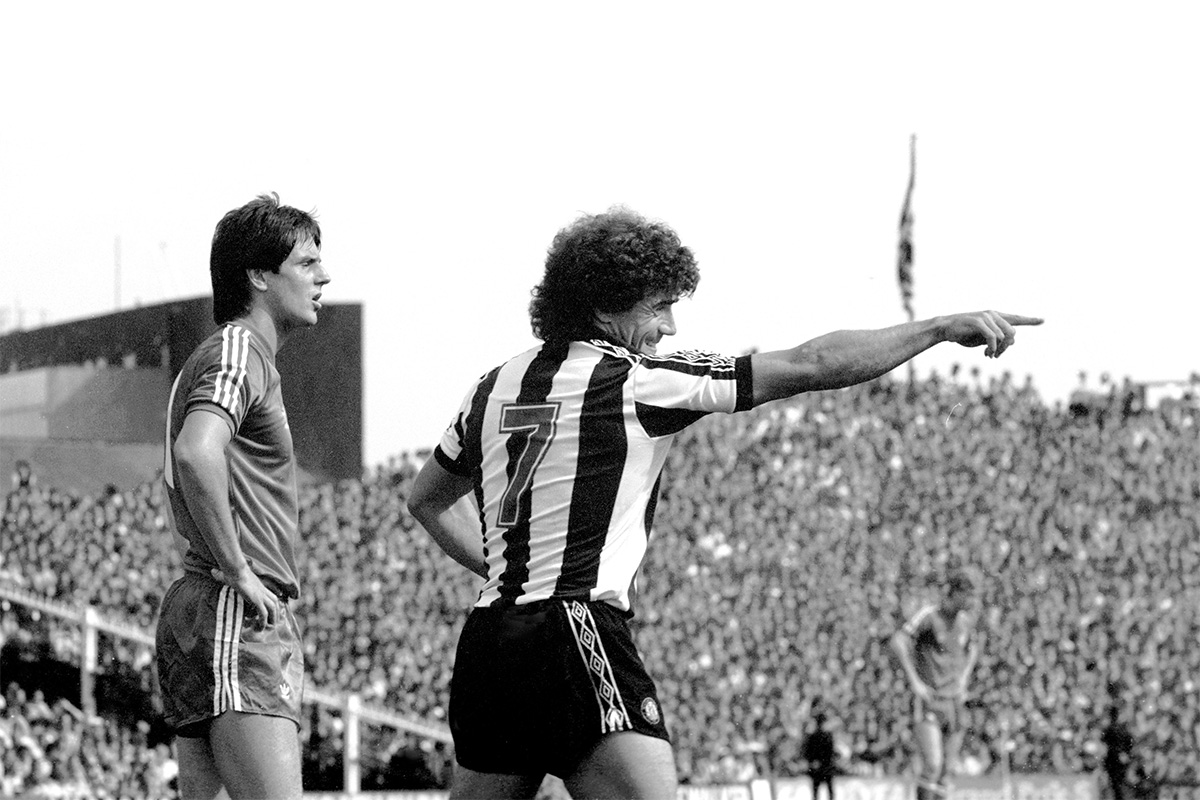 The association between the club and Keegan would then be renewed in 1992, as he would succeed Ossie Ardiles to make his managerial debut. Under his stewardship Newcastle secured promotion to the Premier League as Division One champions in 1993 before coming agonisingly close to delivering a first league title in 69 years, finishing runners-up to Manchester United in the 1995-96 season.

Gateshead native Paul Gascoigne has often been described as the most naturally gifted English midfielder of his generation. Having captained Newcastle to the FA Youth Cup success in 1985, Gascoigne would earn promotion to the first team that same year as a substitute against Queens Park Rangers. He’d enjoy a fruitful spell at St. James’ Park, making 94 appearances and scoring 25 goals. 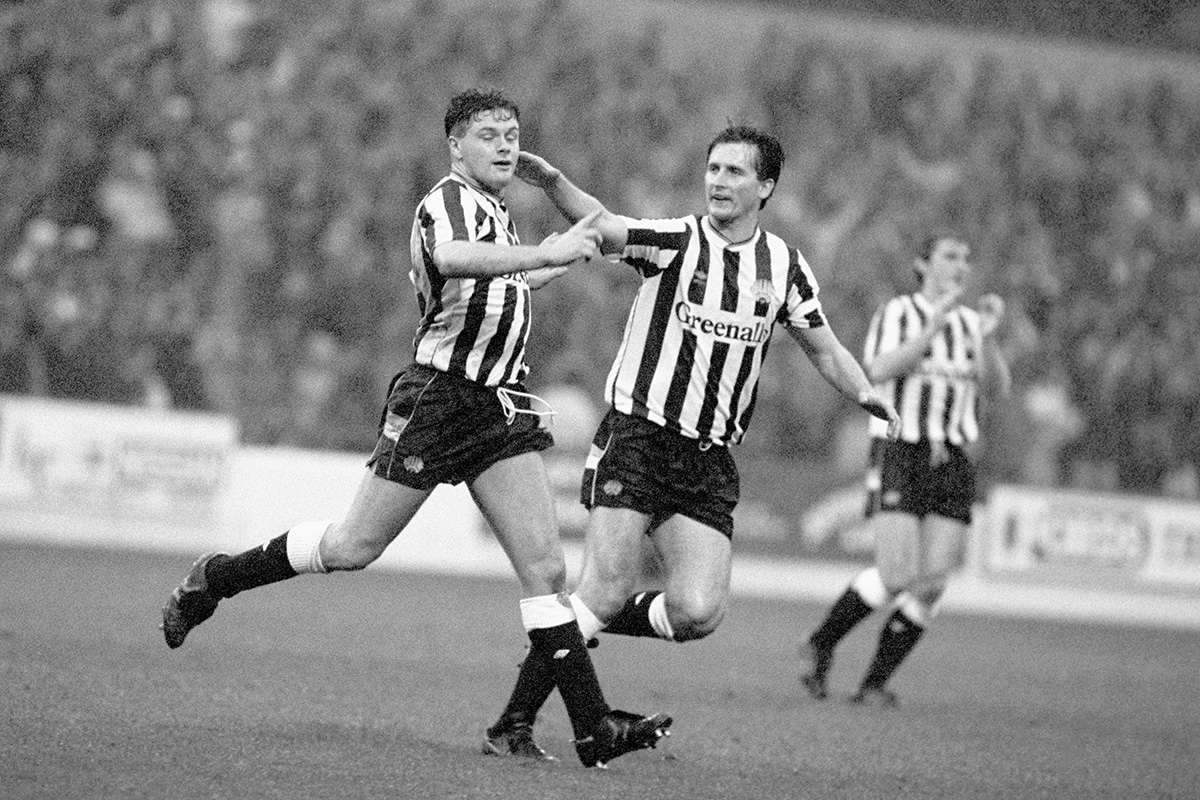 Gazza’s performances would soon catch the attention of the country’s biggest clubs, with a tug-of-war ensuing between Tottenham and Manchester United that the North London club would eventually prevail in for a British record fee of £2.2m. Unfortunately, the bright lights of London proved to be somewhat of a distraction for Gascoigne, with many suggesting that supervision from Sir Alex Ferguson would have enabled Gazza to fulfil his undoubted potential.

Fifth on the all-time Newcastle goalscoring charts, Londoner Malcom Macdonald was another striker that served the club with such distinction from 1971 to 1976. Macdonald’s combination of hard work, effort, strength and power saw him quickly become a frim favourite among the Geordie fans, marking his debut with a hat-trick over Liverpool. 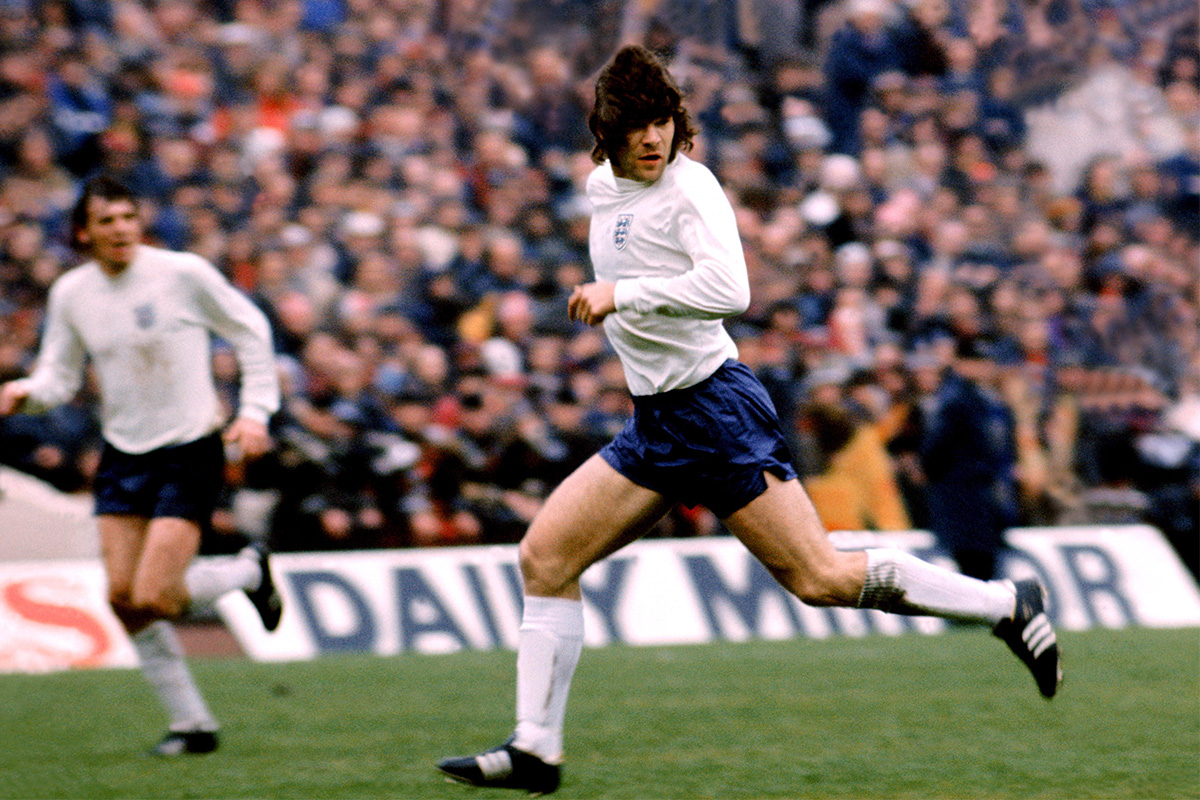 ‘Supermac' would finish as Newcastle’s top scorer for five seasons in a row, while he would also make his England debut during his spell in the Northeast, scoring all five goals in a 5-0 victory over Wales in April 1975. To this day Macdonald remains the only English player to have achieved such a feat in a competitive international.

Peter Beardsley was a product of the famous Wallsend Boys Club in North Tyneside, amassing over 300 games for the club in two spells. Having originally joined in 1983, his performances would earn him a move to an all-conquering Liverpool side, before crossing Stanley Park to join their Merseyside rivals Everton. But it was Keegan’s return to the club as manager in 1992 that would coincide with Beardsley’s own homecoming a year later. 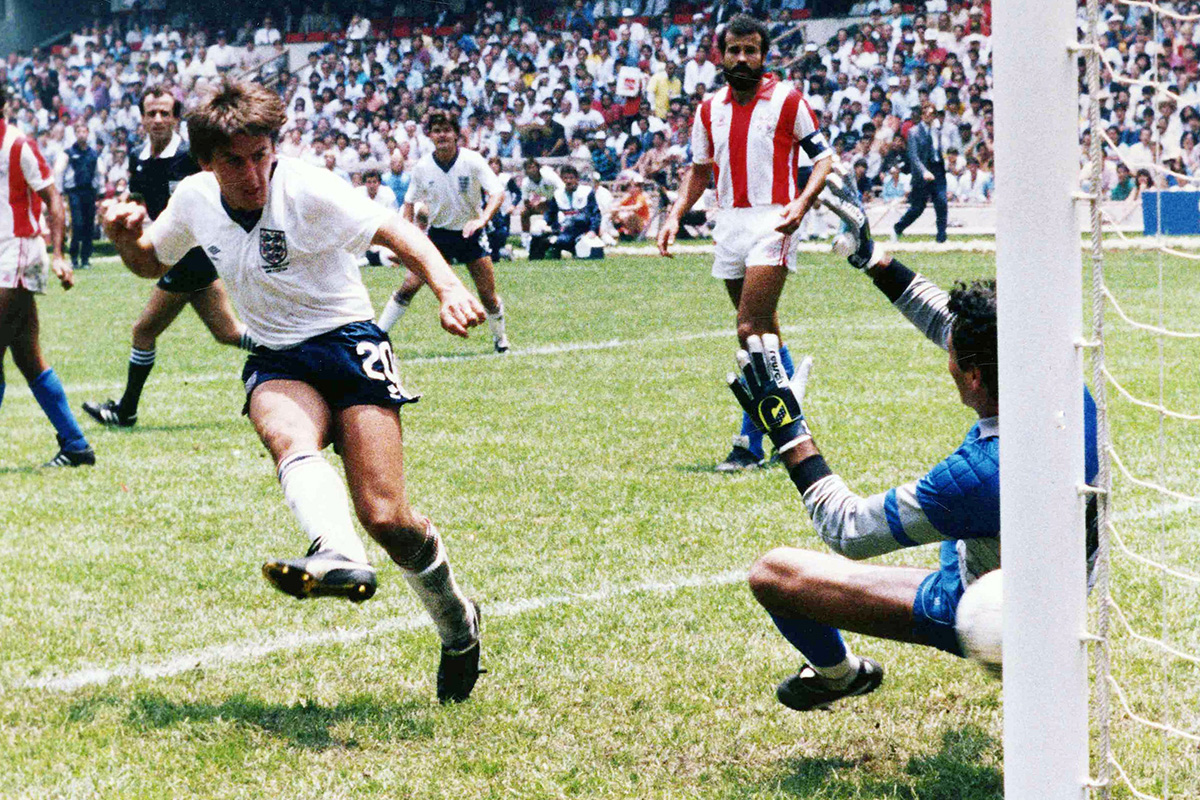 Despite being 32-years of age, the diminutive forward would produce arguably his best football in his second spell on Tyneside, striking a devastating partnership with Andy Cole during the 1993-94 campaign that would yield the pair 76 goals between them in all competitions, as Newcastle marked their return to the top flight with a third place finish. Under Beardsley’s leadership on the pitch the Toon would go close to acquiring an elusive league championship, though a productive 1995-96 season would ultimately end in disappointment.

Scottish centre forward Hughie Gallacher was prolific throughout his career, with his time at Newcastle being no different. At 5ft 5in Gallacher was neither the biggest nor strongest, though what he lacked in those departments would be compensated for with incredible ball control, guile and slight of foot that terrorised defences. 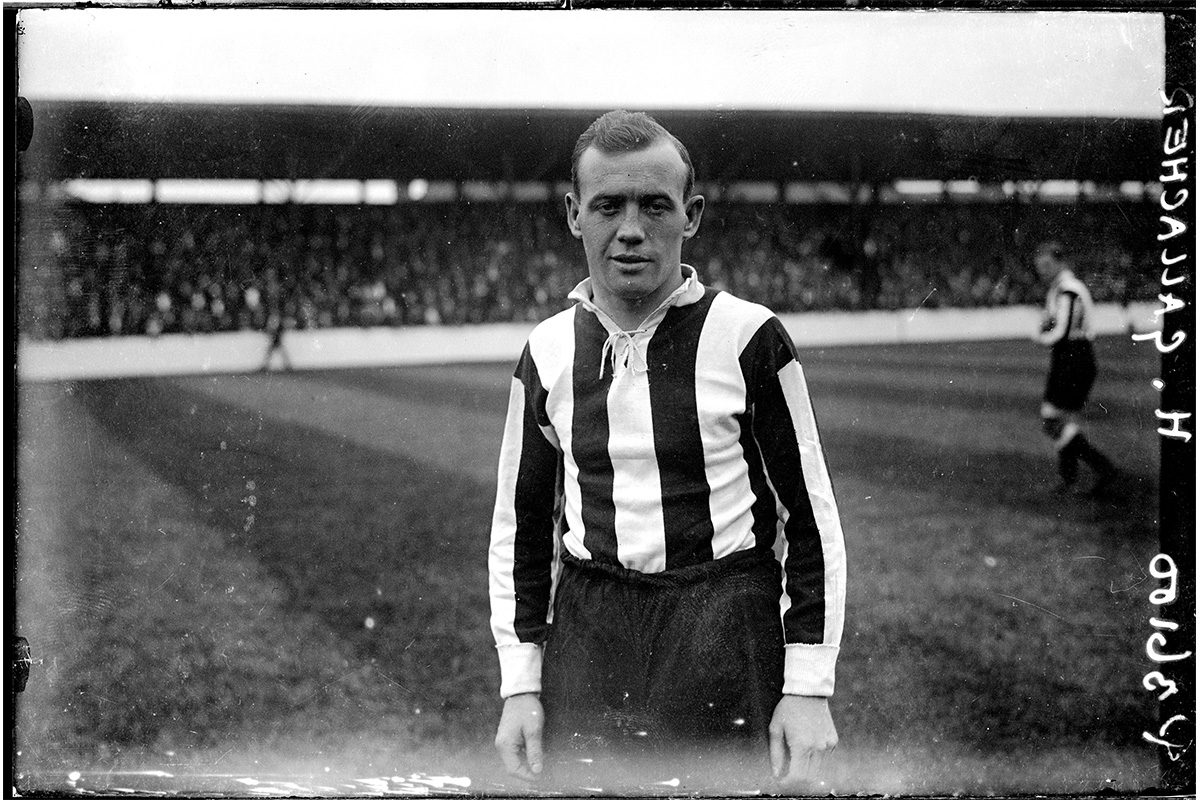 A plethora of goals accompanied his stay on Tyneside, with perhaps his crowning glory coming in 1927 when he skippered the team to the First Division title, scoring 39 goals in 41 games to earn cult status. Gallacher remains the most potent attacker in Newcastle history to this day, having obtained a remarkable goals per game average of 0.82 while at St. James’ Park.