Roman Abramovich does not really have a history of selling his best players but Chelsea fans should be concerned if Real Madrid continue to sniff around Eden Hazard.

But, at 26, he may feel ready to move on if the LaLiga giants do come calling in the summer transfer market.

It would no doubt take a huge fee for Madrid to prise Hazard away from Stamford Bridge. But the club's willingness to splash the cash on big names is well established by now.

Yet for every Zinedine Zidane, Cristiano Ronaldo and Luis Figo – big-money acquisitions that have worked out – there is an example of an expensive import who has failed to live up to expectations in the Spanish capital.

Hazard has the talent to thrive at the Santiago Bernabeu if he opts to join Madrid, but the grass is not always greener – as the following players know all too well.

The last man other than Ronaldo and Kaká swapped Milan for Madrid in the summer of 2009.

The £56million price tag looked like a fair one at the time – and briefly made him the world's most expensive player – but it would later become clear that the Rossoneri had got by far the better end of the deal. 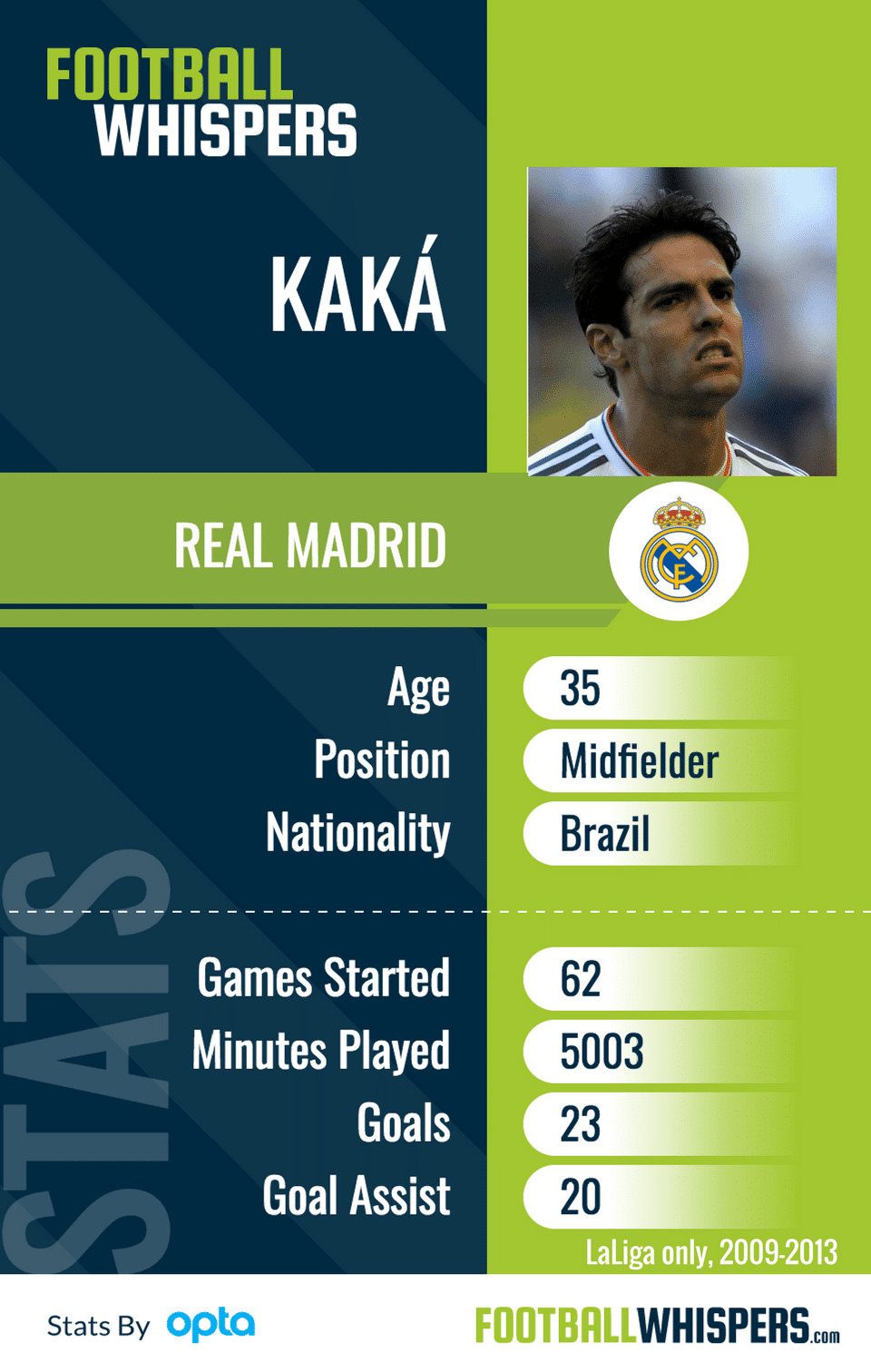 The Brazilian was unable to make much of an impact in Spain with injuries limiting his effectiveness throughout his four seasons at the club.

He eventually returned to Milan in 2013 after scoring just 29 goals in 120 appearances for Los Blancos.

One full season with Feyenoord was all it took for Drenthe, then just 20 years old, to earn himself a move to Madrid in 2007.

Able to play as a left-back or further forward on the flank, the powerful Dutchman did not really fit in anywhere, with the club's supporters soon realising that he did not have what it takes to shine in the famous white jersey. 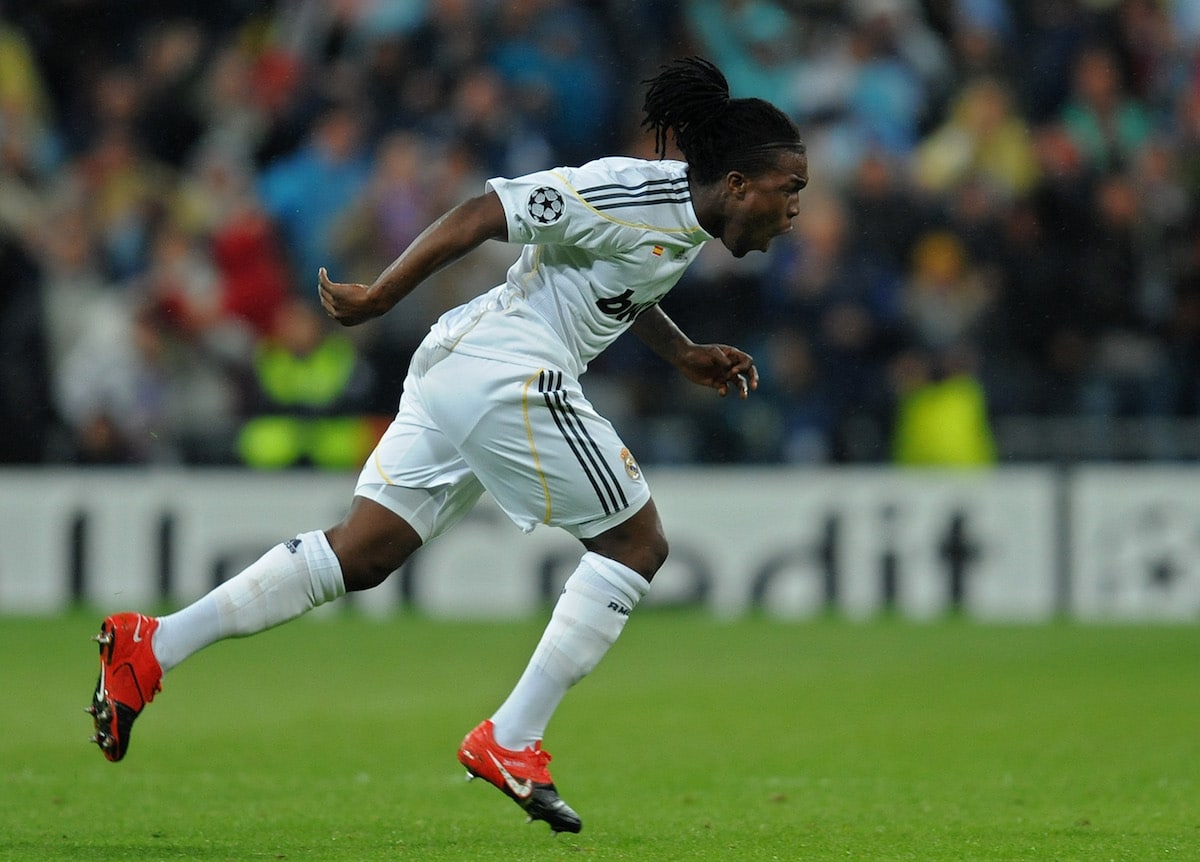 The fact that Drenthe only cost £12million allowed Madrid to write off the transfer pretty comfortably. But this remains one of their worst moves in recent times.

The one-time Netherlands international has since played for Reading, Sheffield Wednesday and Alania Vladikavkaz, which rather says it all.

Signing a player directly from the South American domestic leagues can be a risky business for Europe's superclubs, which is perhaps part of the reason why Sevilla were able to pick up Sao Paulo forward Baptista for just £1.75m in 2003.

A record of 38 goals in 63 league appearances for the Blanquirrojos persuaded Madrid to bid £17million for the Brazilian who duly joined two years after arriving in Spain.

Sadly for Baptista, his career never really recovered. Thirteen goals in 76 games is all he managed at the Bernabeu and Madrid were all too happy for him to join Roma – via loan stint at Arsenal – in 2008.

Debuts cannot get much worse than Woodgate's for Madrid. A surprise signing for £13.4million ahead of the 2004/05 campaign, the former Leeds United and Newcastle United centre-half contrived to score an own goal and get sent off in a LaLiga clash with Athletic Bilbao.

The fact that said debut took place over a year after his arrival – Woodgate was injured throughout his first season in Spain – did not help matters either and the England international returned to hometown club Middlesbrough in 2006.

Anelka was one of the hottest prospects in world football when he joined Madrid from Arsenal for £22.3million in 1999 but he failed to live up to expectations under both John Toshack and Vicente del Bosque.

A tally of two goals in 19 LaLiga outings was bad enough but Anelka's fiery personality made things worse. Le Sulk was suspended by the club in March 2000 after a bust-up with Del Bosque and it was no surprise when he left for Paris Saint-Germain that summer.

Madrid are often accused of favouring attacking stars to concepts such as tactical balance but their £19.5million acquisition of Samuel in 2004 seemed to recognise the need for defensive solidity.

It seemed like an astute purchase but the Argentine looked puzzlingly out of his depth at the Bernabeu as Los Blancos missed out on the LaLiga title by four points.

Madrid acknowledged their mistake that summer and Samuel was permitted to join Serie A side Internazionale for £15million. 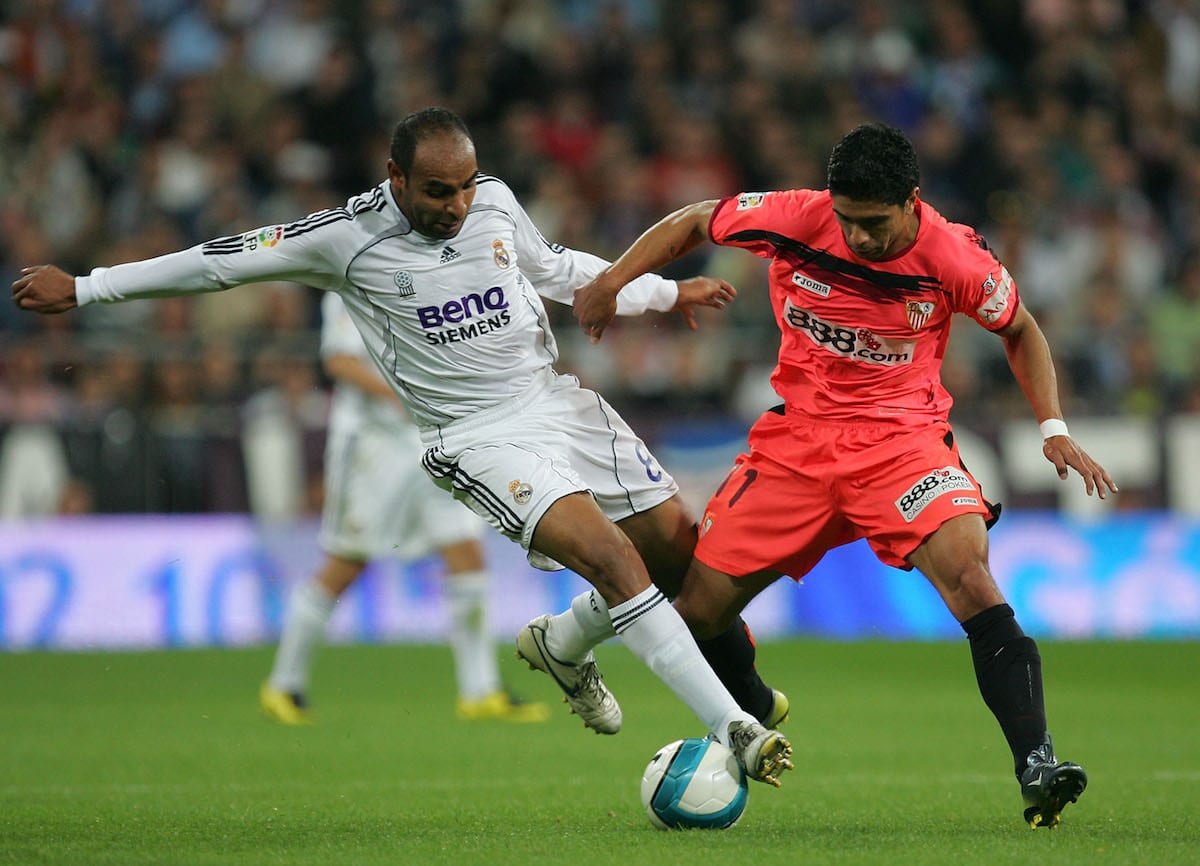 read more: would gareth bale fit in at chelsea?

Madrid's decision to sell Claude Makélélé to Chelsea in 2003 was a disastrous one; the Frenchman may not have been the most glamorous name around but he was essential to the functioning of the team.

Perhaps the signing of Emerson in 2006 was belated recognition of that, but the Brazilian was a major disappointment at Madrid. Fabio Capello's men won LaLiga in the defensive midfielder's only season at the club but he did not convince and was sold to Milan in the summer.