With less than three months to go until the 2018 World Cup, there is little time remaining for uncapped players to force through a place in their national team squads. Indeed, after the current international break, the next opportunity to impress in friendlies will be in June, just days prior to the tournament in Russia.

Taking all of that into account, the upcoming friendly fixtures may well be the last opportunity for many to book their World Cup spot. One good performance could be the difference between getting on the plane and watching the finals at home on television.

Here at Football Whispers, we've taken a look at six uncapped stars to watch out for over the next two weeks, assessing what they could bring to their respective national teams and the competition for places they will have to overcome.

With Alberto Moreno losing his starting spot at Liverpool to Andrew Robertson, an opportunity has opened up for Marcos Alonso. He has been one of Chelsea’s most consistent performers over the last two years, and now he could be rewarded with a berth in Spain’s World Cup squad.

He will have work to do seal his place. Jordi Alba remains the undisputed No.1 at left-back for La Roja, while Arsenal’s Nacho Monreal is an experienced customer at international level. Throw in the fact that centre-backs César Azpilicueta and Nacho can both fill in on the left of a back four, and competition for places is intense.

Fortunately, Alonso suits the Spanish 4-3-3 system nicely. An offensive full-back who plays at wing-back within Antonio Conte’s 3-4-3 at Chelsea, he is a regular and productive final third entrant who would offer the requisite width to allow the likes of Isco to drift infield.

Wissam Ben Yedder shot to continental fame recently thanks to a pair of goals at Old Trafford that sent Manchester United out of the Champions League. The Sevilla hitman’s first was a wonderfully composed finish; his second was more scrappy, but he was still in the right place at the right time.

In league, cup and European action this season, the 27-year-old has scored a noteworthy 17 goals in 31 games. That form, along with his showing away to Manchester United, secured a place for him in Didier Deschamps’ latest France squad.

The French national team has an embarrassment of riches across all areas, but particularly up front. As well as quality wide forwards such as Antoine Griezmann and Kylian Mbappé, they can call upon a variety of centre-forwards, including Olivier Giroud and Alexandre Lacazette. Ben Yedder, however, could offer something different with his penalty box nous and precise finishing. 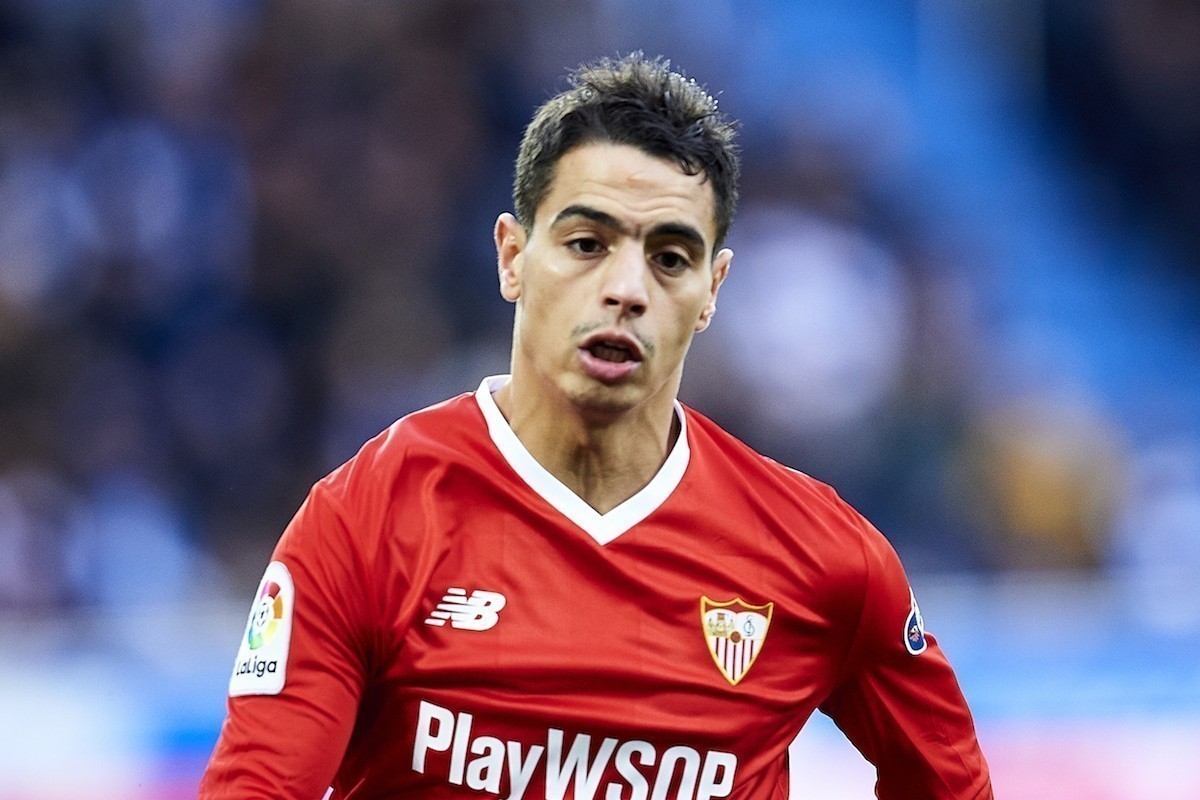 Brazil boss Tite is spoiled for choice when it comes to picking his front three. Neymar is guaranteed to take the left-sided role if fit, while Roberto Firmino will fight it out to start.

Willian José is likely to be no more than a back-up if he does travel to Russia, but he may get the nod on account of his more conventional work up front. Whereas Jesus and Firmino drop deep and create as well as score, the Real Sociedad frontman links play and offers more of an out ball aerially.

He’s also a consistent scorer of goals, having found the net 25 times in 53 La Liga games over the last two seasons.

Racing Club striker Lautaro Martínez has been linked to several top European sides of late and it’s easy to see why. Not only is he direct, skilful and aggressive on the ball, but he knows where the net is – so far this term he has scored 10 goals in 14 league appearances.

An intelligent improviser, the 20-year-old isn’t flustered when under pressure, something that makes him a serious contender to lead the line for Argentina this summer. He is part of Jorge Sampaoli’s latest squad and will be hoping to go to Russia, but he faces stiff competition.

Sergio Agüero, Paulo Dybala, Gonzalo Higuaín and Mauro Icardi are four of the most consistent finishers in Europe today, and they all stand between Martínez and a World Cup spot. With just one striking place available in front of Lionel Messi within Argentina’s 3-3-3-1 system, the youngster has to take his chance in upcoming friendlies against Spain and Italy.

Adrián. Error-prone and lacking game time, he could have opened up a place in the England squad for Pope.

Burnley shot-stopper Nick Pope has established himself at club level ahead of fellow Three Lions hopeful Tom Heaton this term, demonstrating sound reactions and safe hands. Although Jordan Pickford and Jack Butland are nailed on to travel to Russia this summer, he increasingly looks to be the best bet to go as third-choice. 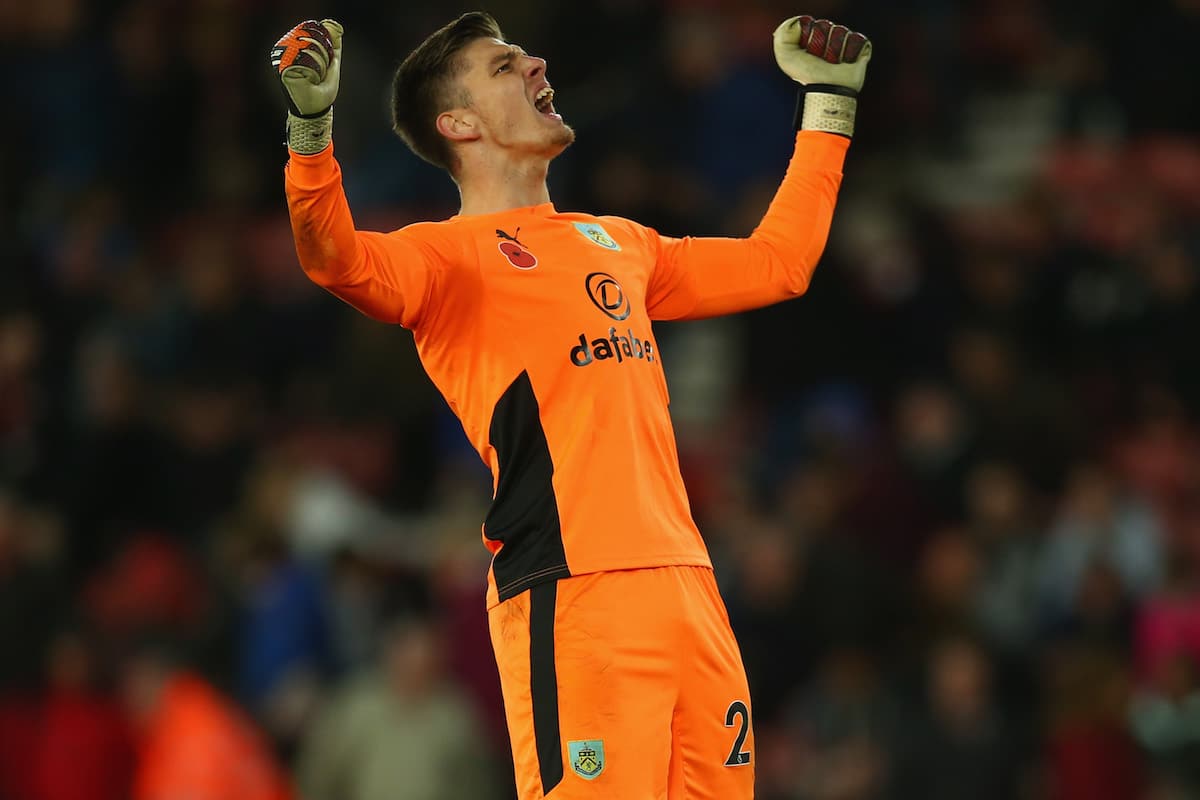 Over the last few years Uruguay’s selection policy has caused many in Italy to scratch heads. While Lucas Torreira has been one of the best defensive midfielders on the peninsula, he was continuously ignored by his national team. This finally came to an end ahead of the China Cup friendly tournament.

Now that 22-year-old is in Óscar Tabárez’s squad, he will be aiming to stay there for this year’s World Cup, where he could represent a new generation alongside the likes of Diego Laxalt, Rodrigo Bentancur and Maxi Gómez.

A dogged tackler and a ferocious presser, the Sampdoria youngster is exactly the sort of central midfielder Uruguay tend to pick. With Egidio Arévalo Ríos now 36 years of age, now may be the time for Torreira to step up and fill the ball-winning role.