The 2016/17 campaign is not one which will live long in the memories of Manchester City fans. Yet for their famously obsessive head coach, Pep Guardiola, it won't leave his until he brings success to the Etihad Stadium.

The Catalan finished without silverware for the first time in his brief but brilliant coaching career and he is under pressure to deliver next season with chairman Khaldoon al-Mubrarak setting the bar high with talk of a quadruple.

With that in mind, what do City have to do in order to go from third place to Premier League title challengers. Here's how Guardiola's to-do list should look this summer.

1. Find a way to play Jesus and Agüero together

One area of Manchester City's squad which needs no improvement is the forwards.

If anything, Guardiola has too many and he was reluctant to pair Gabriel Jesus and Sergio Agüero together last season after the former arrived in the January transfer window.

The idea that Agüero's position at the Etihad Stadium could be anything other than secure would have been laughable prior to last season.

But the Argentine was not always Guardiola's first choice and it was only al-Mubarak's intervention which finally put to bed rumours of a summer move.

Asked if the former Atlético Madrid forward would remain at the club this summer, the City chairman said: “Absolutely. There's never been a doubt about that. I've read a lot of the speculation on this and it's ridiculous.”

Jesus' form, scoring seven and supplying four assists in eight starts, means Guardiola has two forwards who are undroppable. His best bet would be to play the Brazilian off of Agüero as he did in the final-day drubbing of Watford.

By netting twice against the Hornets, Agüero ensured the 2016/17 campaign will go down as the best yet of City career with 32 goals in competitions. 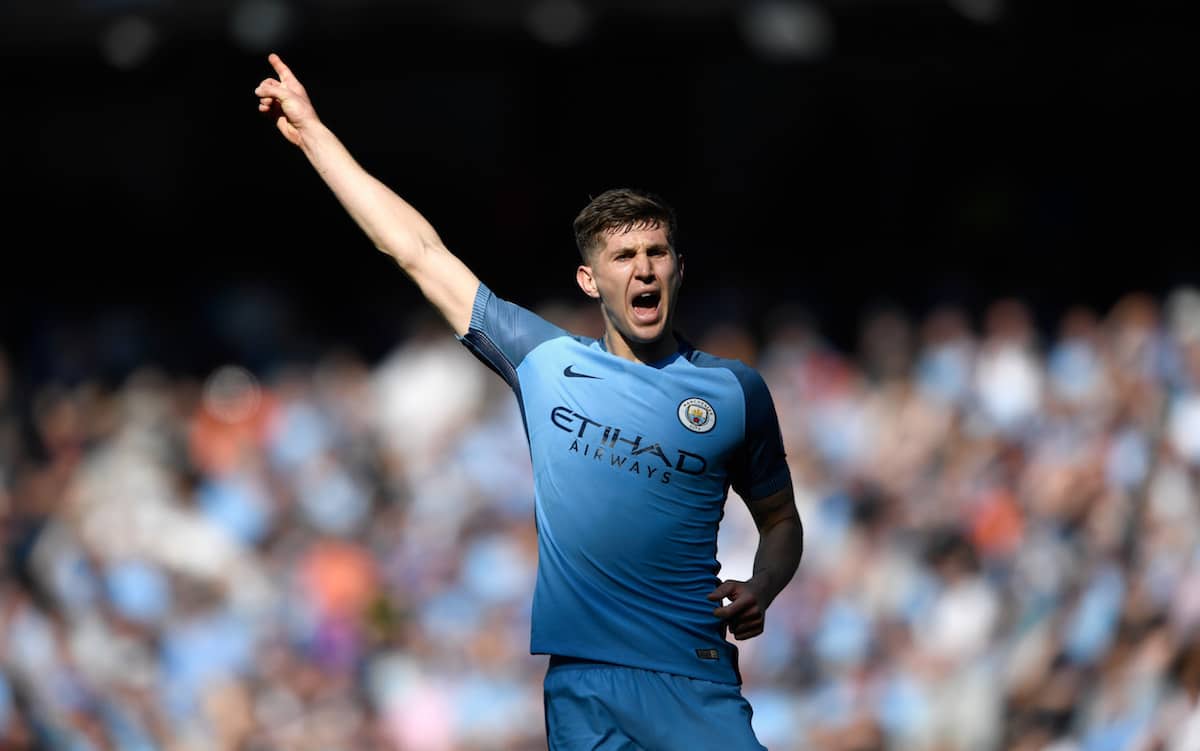 2. Settle on a centre-back pairing

Vincent Kompany's injuries mean Guardiola has never been able to rely on the Belgian. It was pretty clear he wanted to last summer when he let Eliaquim Mangala join Valencia on loan and made John Stones his only defensive signing.

However, when Kompany broke down for the umpteenth time, it fell to left-back Aleksandar Kolarov to fill in, with mixed results.

Stones is Guardiola's project. The £47.5million man would do well to listen to someone who clearly knows a thing or two about the art of defending having turned Javier Mascherano from snarling holding midfielder to polished centre-back.

Playing week in week out with a settled partner is key to that development. Nicolás Otamendi has lapses of concentration and Kompany cannot be relied upon from a fitness point of view.

Either Guardiola has to phase the latter out completely, sign another first-choice defender to partner Stones or move Otamendi up the depth chart. 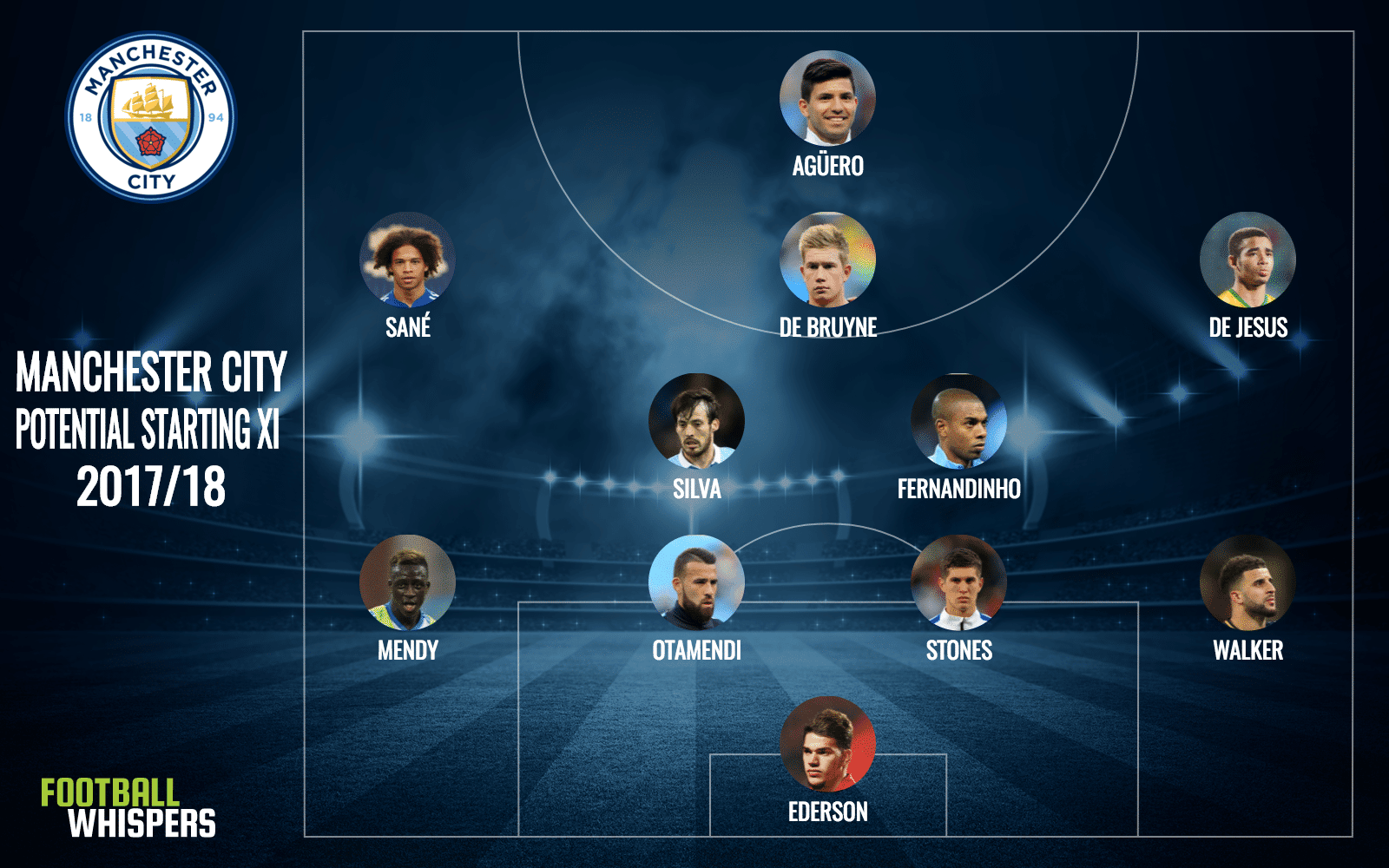 When Leroy Sané was finally afforded a regular run in the side he wasted no time in showing why Guardiola had splashed out £37million bringing him from the Bundesliga.

Restricted to substitute appearances in the Premier League until October, the German international only started four league fixtures in 2016.

But he came into his own after scoring in the 2-1 win over Arsenal in late December, finishing his debut campaign in England with five goals and three assists.

More will be expected next season and the pressure will be on. If Guardiola perseveres with a 4-2-3-1 system that incorporates Jesus and Agüero there will only be space for one conventional winger.

That means Raheem Sterling will be one of Sané's direct rivals for a starting berth and the England man, who cost £49million, won't want to surrender his place.

Further complicating the issue is the £43.6million signing of Monaco wideman Bernardo Silva.

The Portuguese thrilled as Les Monégasques won Ligue 1 ahead of Pairs Saint-Germain and reached the last eight of the Champions League. He hasn't signed to sit on the bench but Sane offers more thrust and directness than the 22-year-old, giving him the edge.

4. Stop trying to be so clever

At times last season Guardiola looked as if he was trying too hard to be clever.

But who could blame him? After all, he had previously turned Mascherano into a centre-back, Philipp Lahm into a midfielder at Bayern Munich and built an entire team around Lionel Messi at Barcelona.

If anyone has earned the right to think outside the box then it's Guardiola.

Yet, on occasions, it was head-scratching stuff. The decision to crowbar hapless winger Jesús Navas into the team at full-back was baffling. As was trying Fernandinho, City's one reliable holding midfielder, in the same spot.

It was, probably, down to the lack of options at right-back. If so, that should be the last we've seen of Guardiola going off-piste at City. With Tottenham Hotspur's Kyle Walker a Manchester City transfer target you have to hope so.

5. Tighten up a set pieces

City had the third-best defensive record in the Premier League last season, conceding 39 times in 38 games. That will need slight improvement for a title tilt – Chelsea only conceded 33 times en-route to the championship – but of real concern will be the number of set-piece goals conceded.

Guardiola's side let in nine from set plays. That is far from the worst record in the Premier League, however, only Liverpool of the top six teams in the top flight shipped more (12).

Arsenal, in fifth, conceded just six while Spurs, in second, conceded seven and the north Londoners boasted the best and second-best records respectively for the Premier League. 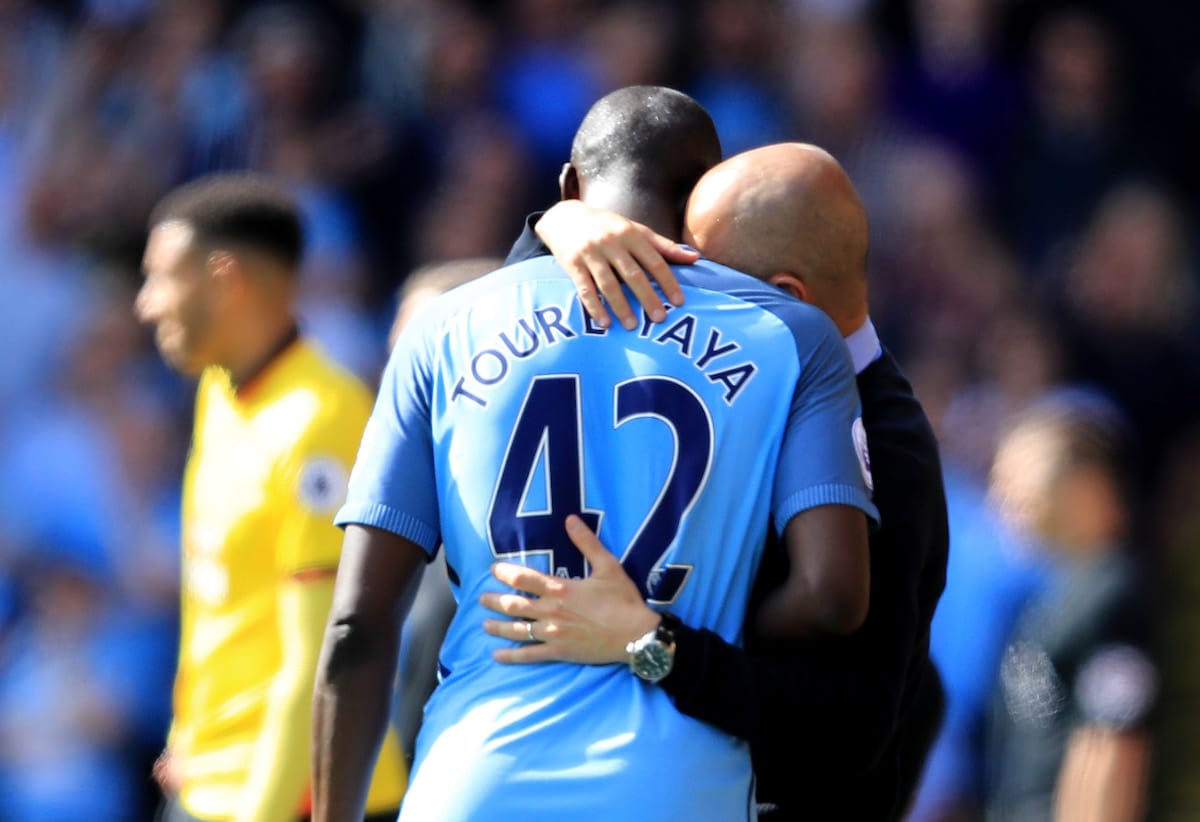 6. Strengthen the centre of midfield

The fact Yaya Touré signed a new one-year contract with City at the end of the season underlined the lack of central midfield options available to Guardiola. Or, more to the point, options he is prepared to use.

Fernando has been near the bottom of the pecking order since joining from Porto in 2014, making just 44 Premier League starts, while Spanish magician David Silva is far from a natural fit at the base of the midfield in a 4-2-3-1 – particularly in important games.

İlkay Gündoğan was signed from Borussia Dortmund with the intention of plugging that gap. The German looked good initially but, after just 16 appearances in all competitions, suffered a knee ligament injury in December.

The 26-year-old has a history of fairly serious injuries and City cannot build around the former BVB midfielder. Therefore, a mobile and defensive-minded midfielder should be near the top of Guardiola's transfer wish-list this summer.

Bayern's Joshua Kimmich has been continually linked but Die Roten have vociferously denied he reports he is surplus to requirements at the Allianz Arena. Guardiola could be tempted to test their resolve.