Six of this season’s most surprising Premier League stats

Heading into game week six of the 2019/20 Premier League campaign, the table is beginning to take shape. And while it is still too early to make bold assumptions, it's clear this is going to be one of the most competitive seasons to date.

Champions Manchester City have already dropped five points and their once impenetrable defence appears a little brittle – Tottenham Hotspur scored twice in the 2-2 draw with Pep Guardiola's men while Norwich stunned City with a 3-2 win at Carrow Road.

The race for the top four is also heating up nicely with ten teams separated by a single point. The signs are that the gap between the ‘big six' and the rest of the Premier League isn't as large as in previous seasons.

That means everything is set up for a thoroughly entertaining campaign and here we have picked out six of the most surprising stats of the season… so far.

Roberto Firmino's emergence from the shadows

For the majority of his Liverpool career, Firmino has been a support act; world-class in his own right but not universally acknowledged as an elite forward.

The Brazilian hit double figures in the league but never challenged for the Golden Boot. He wasn't a high volume shooter and was instead a creator. But he's started this season with a purpose.

In the matches he's appeared in so far, Firmino has averaged 4.27 shots per 90. Significantly more than he's managed throughout his Liverpool career – 2.4 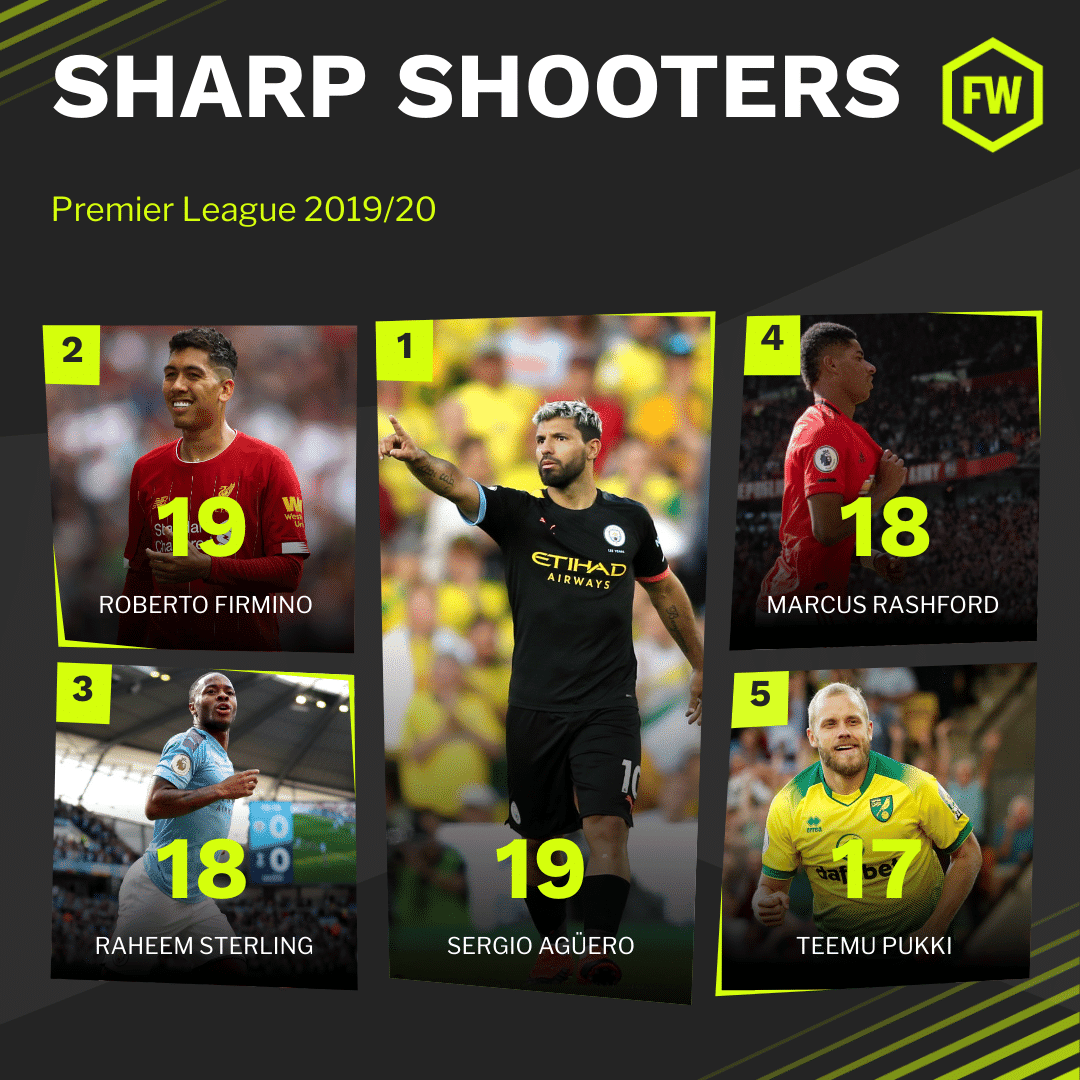 The sample size isn't the largest and it'll be interesting to see whether this slows down as the season progresses but, for now, no player has taken more shots than the maverick No.9 and his expected goals average is at the highest it's ever been.

All good signs for table-topping Liverpool.

Not many envisaged Teemu Pukki's start to life in the Premier League.

The Norwich City hitman hasn't stopped scoring after helping the Canaries to promotion and has netted goals against Liverpool, Manchester City, Newcastle United and Chelsea.

Only Tammy Abraham and Sergio Agüero have more goals than Pukki's six. What's even more surprising, though, is just how frugal the Finnish finisher is.

In total, he's taken 17 shots this season and 12 of them have landed on target. No player in the Premier League has managed to work the goalkeeper on a more regular basis.

The only downside? It is unlikely to be sustainable, especially given Pukki's shot accuracy for the 2018/19 season was 39 per cent.

The devolution of Harry Kane?

Spurs aren't having the best of times of late. In two of their last three matches, they've blown a 2-0 lead and their form in 2019 – domestically at least – can be described as patchy at best.

Nobody is yet to get to the root cause of this decline but the Champions League finalists need to address it sooner rather than later.

Kane has three Premier League goals to his name this term and he scored in the 2-2 draw with Olympiacos, but the England international doesn't look close to his potent best.

Kane relies on volume, as almost all elite forwards do. He's not clinical in the sense he gets one opportunity and he scores. The Spurs No.10 has never been that sort of striker.

Maddison is a creative hub for Leicester City and there has been an outcry from pundits and fans alike to have him included in the England squad.

Many believe he could be the difference-maker in tight matches. The Three Lions often lack guile in the middle third and Maddison has that in abundance.

The problem, however, is he's very wasteful in front of goal. 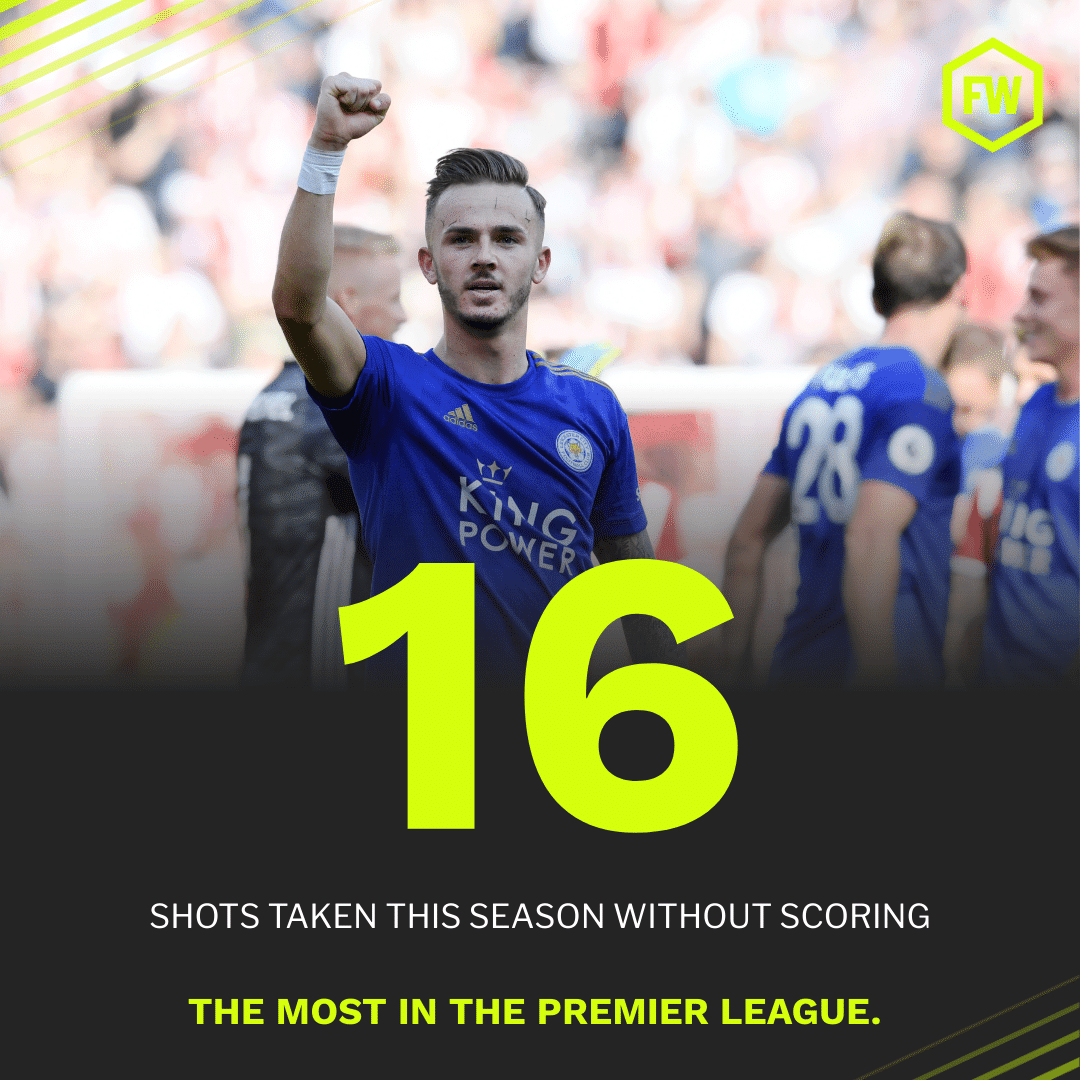 His 16 shots without a goal this term is the most in the English top-flight. It's easy to understand why this is the case when you look at his shot accuracy for the season – just 6.2 per cent.

One of Maddison's efforts will eventually fly in but that won't justify the countless opportunities he's wasted with poor decision making. It's an area of his game he needs to work on.

Pogba is famed for many things but his work rate is not one of those.

Often lambasted for strutting around the pitch, the belief is the World Cup winner lacks the desire and hunger to put himself about even when United are chasing a game.

However, looks can be deceiving. The 26-year-old is winning possession back in the middle third on average 6.75 times per 90. It's a figure no player in the Premier League can match.

So while Pogba may saunter around the middle third, and the rest of the pitch for that matter, it doesn't mean he isn't doing his job.

When looking at average touches in the penalty area on a per 90 basis you expect to see the likes of Mohamed Salah, Raheem Sterling and Agüero top the list.

What you don't expect to see is Gerard Deulofeu. And even less so in top spot. 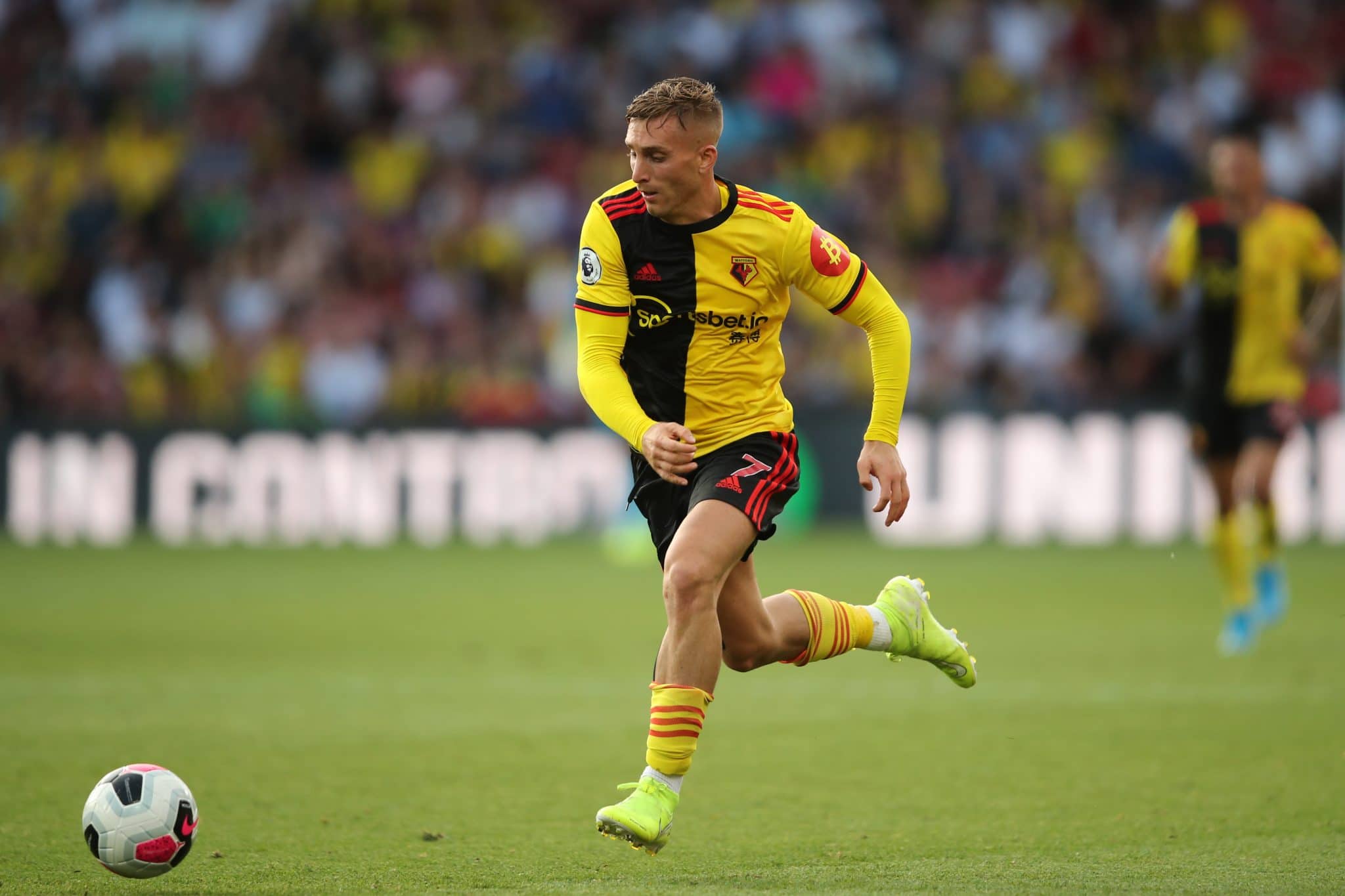 The Watford attacker is averaging 10.34 touches in the opposition's box per 90, but he's yet to get off the mark for the season despite camping out in a dangerous area.

He's registered an assist but there's nothing more from him yet. If this continues, however, Hornets fans can expect the mercurial Spaniard to start chipping in with goals.

It's a natural progression for a player seeing so much of the ball in the penalty box.