It’s going to be a busy summer at Derby County. After another failed attempt at getting into the Premier League the Rams are shaping up for an extensive rebuilding project under manager Gary Rowett.

The former Birmingham City boss was appointed as Steve McClaren's successor after the former England manager was sacked in March. It was the second time in two years McClaren has been discarded by the Rams after a run of just one win in nine games.

That torrid form left Rowett without much chance of securing a play-off spot. But the pressure is on to rebuild in the summer and challenge for promotion next season.

One man certain to avoid the cull is Darren Bent. The former England international has signed a new contract with the Rams this week.

There is also the small matter of Chris Martin's future to sort out with the striker currently on loan at Fulham. Meanwhile, Andi Weimann is on loan at Wolverhampton Wanderers for the remainder of the campaign.

Derby’s tally of 50 goals is the joint third worst in the Championship of the clubs outside the relegation zone, so reinforcements need to be made.

Here are six strikers who can breathe new life into Derby County’s attack.

He’s had his doubters, he’s had his injury woes but, when Nottingham Forest striker Britt Assombalonga is fully fit and brimming with confidence, he is one of the deadliest strikers in the Championship.

This season, Assombalonga has again proven his worth in front of goal by scoring 12 goals in just 18 starts. According to Forest boss Mark Warburton, the 24-year-old has been working hard on his fitness to get leaner and help him add more explosive pace to his game.

If he continues on the same path, he would be an excellent option for Derby – assuming Forest are prepared to sell one of their most important players to their biggest rivals.

The Congolese frontman underlined his quality in 3-2 victory over Reading on Saturday, bagging a brace to lift Forest three points clear of the relegation zone.

With 12 goals scored from just 23 shots on target, Assombalonga boasts an impressive conversion rate of 52 per cent and, at 24, is the right age to take his game to the next level.

With an impressive supporting cast of creative talents at Derby – including Tom Ince, Jacob Butterfield, Ikechi Anya and Will Hughes –  Assombalonga could fully realise his potential in Rowett’s side. 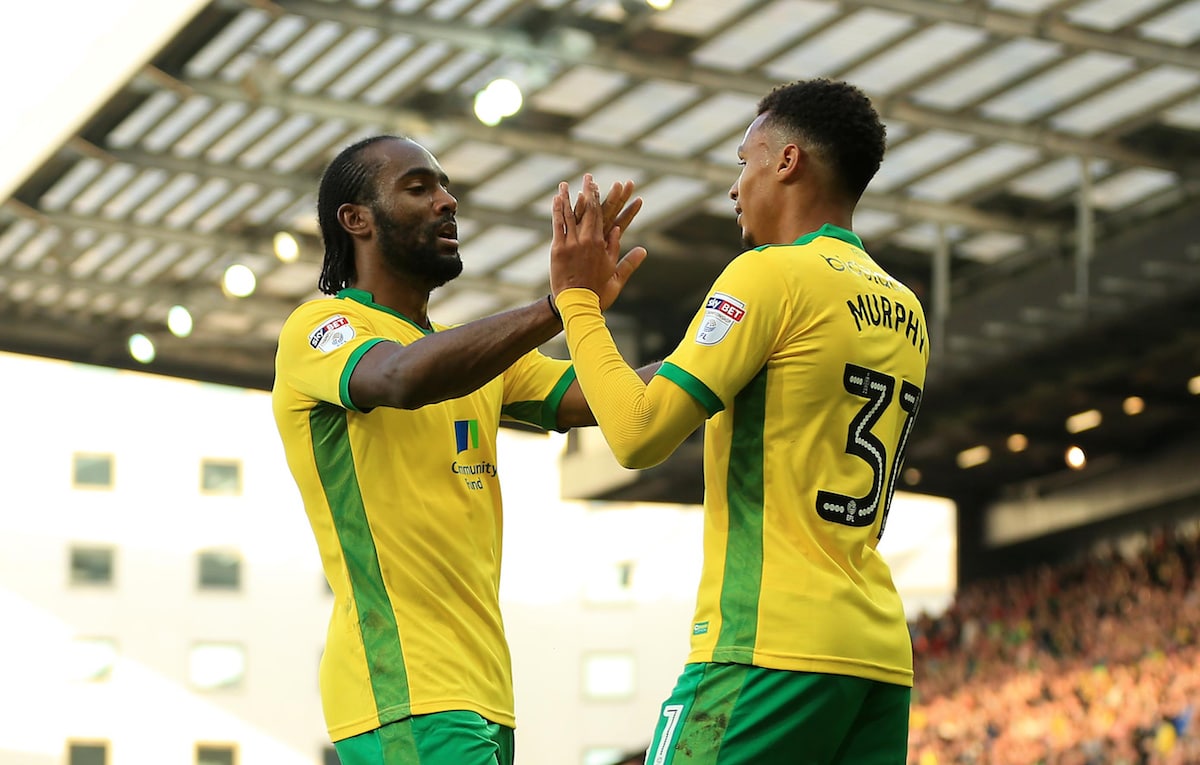 Norwich City striker Cameron Jerome will be 31 by the time the new season starts and Derby might prefer a more youthful option. But the former Cardiff City forward knows the second tier inside out.

Although he struggled to consistently deliver for Stoke City and Norwich in the Premier League, Jerome has regularly impressed for the Canaries in the Championship.  He bagged 21 goals in the 2014/15 campaign and has added a further 16 strikes this season.

A powerful line leader, Jerome averages 2.2 shots per game and wins 4.3 aerial duels. He has supplied six assists on top of his 16 goals, demonstrating his willingness to link-up and embrace his creative side.

In Derby's current 4-3-3 system he would be the ideal forward for two players either side of him, bringing them into play with his physicality and providing an out ball at the tip of the attacking triumvirate.

A more ambitious acquisition might be Bournemouth hitman Benik Afobe who has six goals in 31 outings for the Premier League side this term, including three in his last six.

The 24-year-old former Arsenal prospect has already enjoyed two decent seasons in the Championship with Wolves between 2014 and 2016, scoring 23 goals in total, and has developed since joining Eddie Howe’s Cherries.

He has only 13 Premier League starts this season with Josh King and Callum Wilson preferred up top – so he could be persuaded to drop down a division with the lure of regular football.

Afobe cost Bournemouth a then-club record £10million and the South Coast outfit will be keen to recoup much of that fee so he is an expensive candidate.

Having shown considerable potential and with time still to improve, Afobe’s power and ability to finish with both feet could be a real asset in any tilt at promotion. 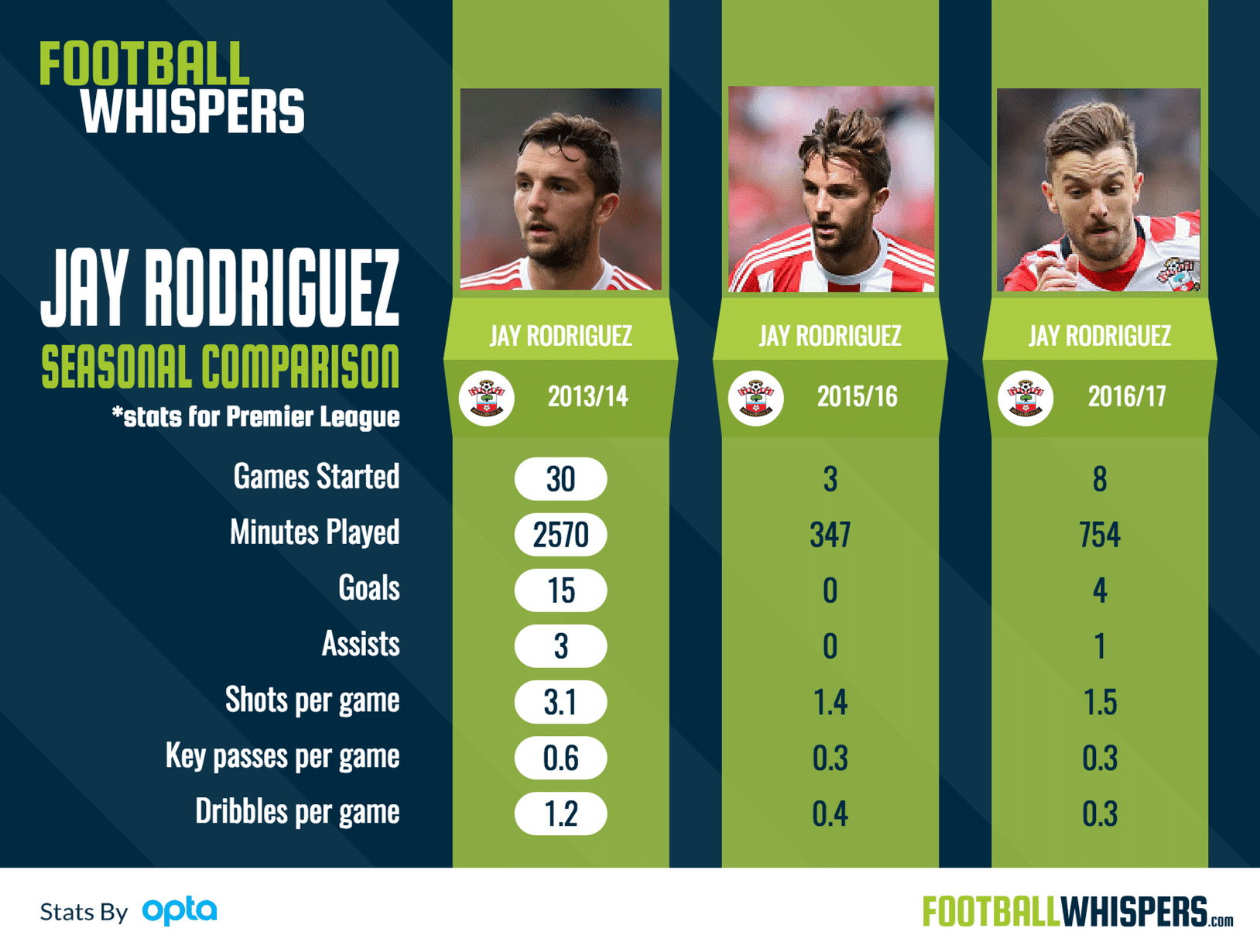 The Southampton striker has endured a tough couple of years and is still yet to return to his best.

In 2014, Jay Rodriguez enjoyed a stellar campaign for the Saints and looked set to earn a place in England’s 2014 World Cup squad. However, in April that year, the forward ruptured his anterior cruciate ligament during a defeat to Manchester City, leaving his international dream in tatters.

The road back was long. He didn’t play during the 2014/15 season and has managed 44 appearances since the start of the 2015/16 campaign, scoring eight times.

He is now Claude Puel’s third-choice behind January signing Manolo Gabbiadini and Shane Long and may re-assess his options in the summer. The chance to rebuild his career in the Championship could be an attractive proposition.

At 27, he still has time on his side and, if he can stay fit, he has the natural ability to take the Championship by storm next season. 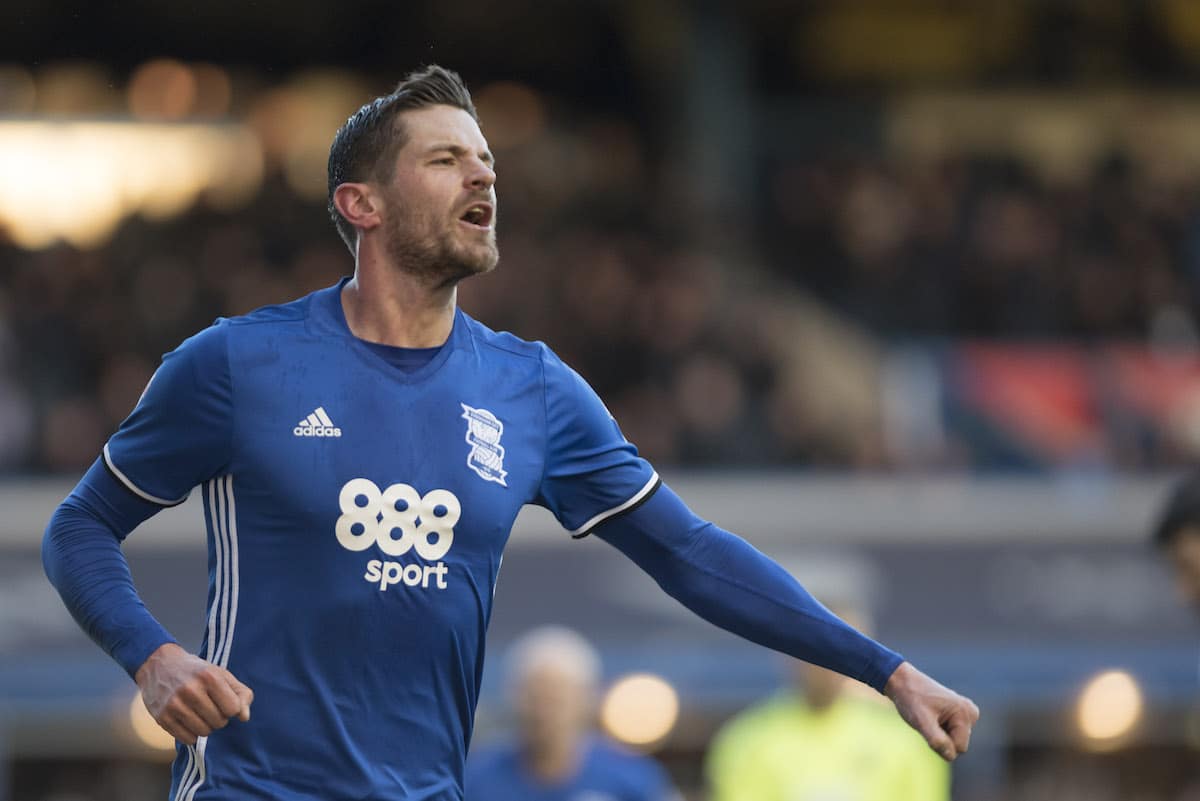 A striker with a wealth of experience, goal-scoring nous and a previous productive working relationship with Rowett under his belt, Lukas Jutkiewicz ticks a lot of boxes.

Jutkiewicz isn’t a pacey, exciting forward like some on this list. He is more of a robust presence up top, holding the ball up and providing a target. But his 11 goals stand out in what has been a thoroughly miserable campaign for Birmingham City.

As such, the 28-year-old may be eager to make the switch to a club with realistic promotion ambitions for next season. While the opportunity to work for Rowett again adds further intrigue.

Jutkiewicz is a similar striker to Chris Martin and Darren Bent but, with Rowett’s knowledge of how to utilise his talents, he could add serious firepower to the Rams.

Bakary Sako is a name that has been regularly linked with several Championship clubs in the summer. Though not a centre-forward, the 29-year-old wide-man could play either side of a central striker in Derby's 4-3-3.

Having made just six Premier League appearances this term Sako is expected to leave Crystal Palace at the end of the season having fallen down the pecking order.

A move to the iPro Stadium may be just the ideal move to rejuvenate a career which has stalled in South London since a free transfer switch two summers ago.

Sako was a devastating weapon for Wolverhampton Wanderers in the 2014/15 Championship season, scoring 15 goals and returning seven assists in an outstanding individual campaign.

The Mali international is a powerful, imposing force and his explosive pace and intelligent movement have been effective in unlocking Championship defences in the past. With Palace likely to be open to selling, he is a realistic target.

Sako’s 2014/15 stats stack up favourably when compared to Derby’s Darren Bent and David Nugent in the current campaign. With 114 successful take-ons compared to three between the Rams pair, it’s clear to see how Sako would offer a more direct, exciting dimension to Derby’s attack.