As the 2018/19 season heads into its final few weeks, Premier League clubs will already be plotting their summer recruitment.

The title is yet to be decided, top-four places are still up for grabs and the relegation battle rages on, but all 20 sides in England's top flight must be thinking ahead and eyeing key additions to make them stronger next term.

Here, we've picked out six Serie A stars who should be attracting Premier League interest this summer. 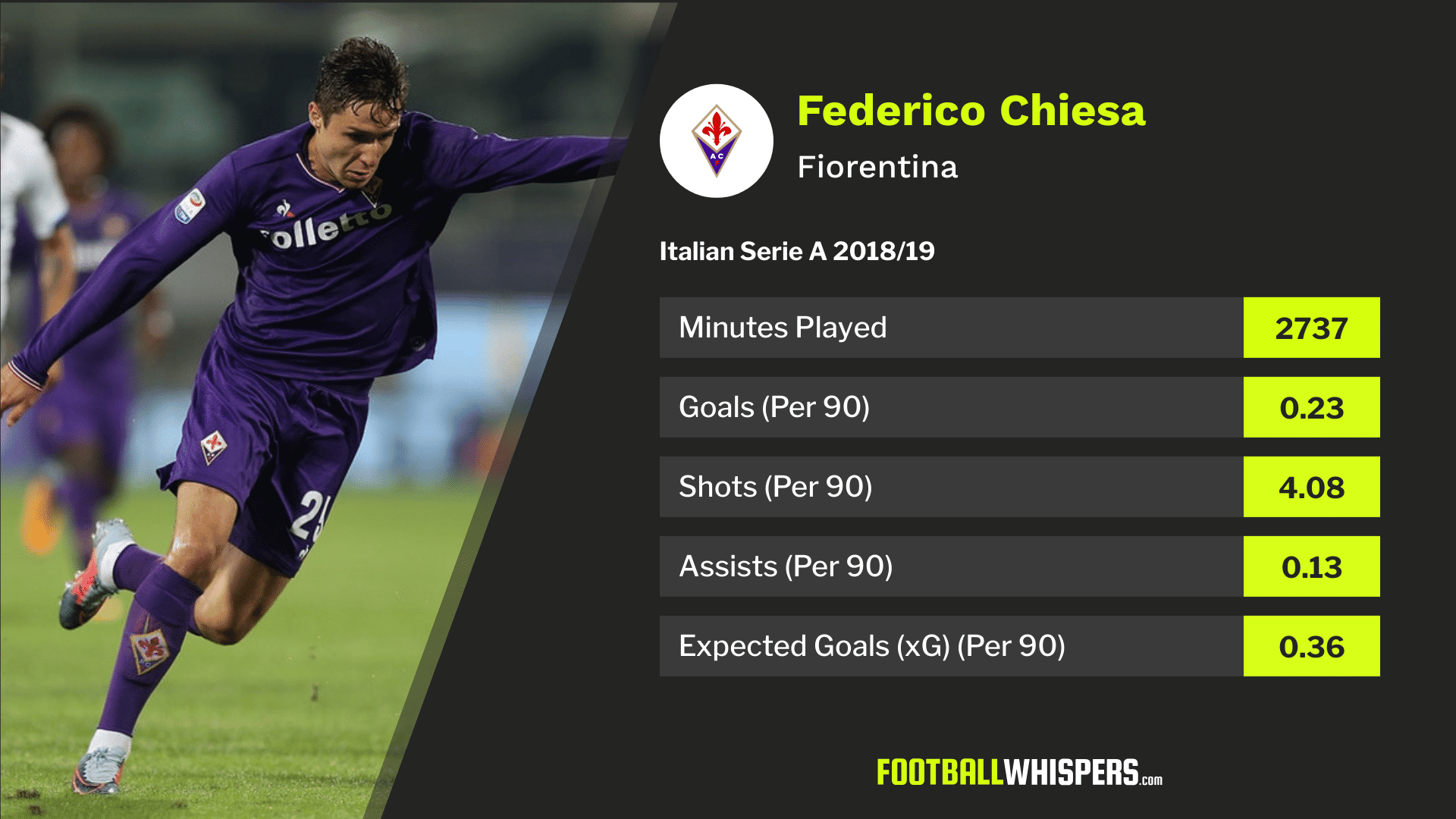 Chiesa junior is one of the stars of this current Fiorentina side. The 21-year-old has netted on six occasions in Serie A for the second successive season and continues to impress on an almost weekly basis.

While his goal return might not be extraordinary when compared to the likes of Mohamed Salah and Raheem Sterling, teams should be interested in the speedster for what he could potentially develop into.

He gets into high-quality goalscoring positions on a regular basis as highlighted by his expected goals per 90 average of 0.36. That average over the entirety of the season would see him get close to 15 goals. And that would likely improve if he moved to a better team. The rumoured £60million fee may seem steep but he could be worth every penny.

His 6.11 touches in the opposition's box on a per 90 basis also lends itself to that theory that he will become a reliable goalscorer.

For context, he touches the ball inside the box more than the Sadio Mané. The more touches in the box, the more dangerous you are as a player.

Linked with a host of clubs this season, Barella is a player who could become something special if he's able to hone his craft under the right manager. He's not a goalscoring midfielder, and he isn't likely to chip in with countless assists, but the youngster is a tempo-setter, an invaluable part of any team.

He's expressive in his play, with the passing sonar above backing that up. He plays 30 per cent of the 52.5 passes he attempts forward on a per 90 minute basis. He's tidy in possession, completing 82.1 per cent of his passes in general and 60 per cent of his long passes.

He could seamlessly slot into a side who dominates possession but he'd be just as adept in a more direct outfit. A number of Premier League teams are in the market for a player just like that and at £40million he'd be a bargain.

Yes, the Argentine forward comes with a lot of baggage. But goals make the world of football go round and Icardi is one of the most prolific forwards in Europe. The Inter Milan man has averaged 20 goals per year in the six seasons he's been at the San Siro.

A pure No.9, he might not suit many of Europe's elite but for the ones who do look to utilise a player with his traits he's arguably the best money can buy right now.

For someone like Chelsea, he could be the difference between a Europa League spot and a top-four finish. It'd be a similar story with Manchester United, too.

A penalty box poacher, all of his goals in Serie A this term have come from inside the 18-yard area. He also created 0.30 big chances per 90 minutes, showing he brings more than just goals to the table. 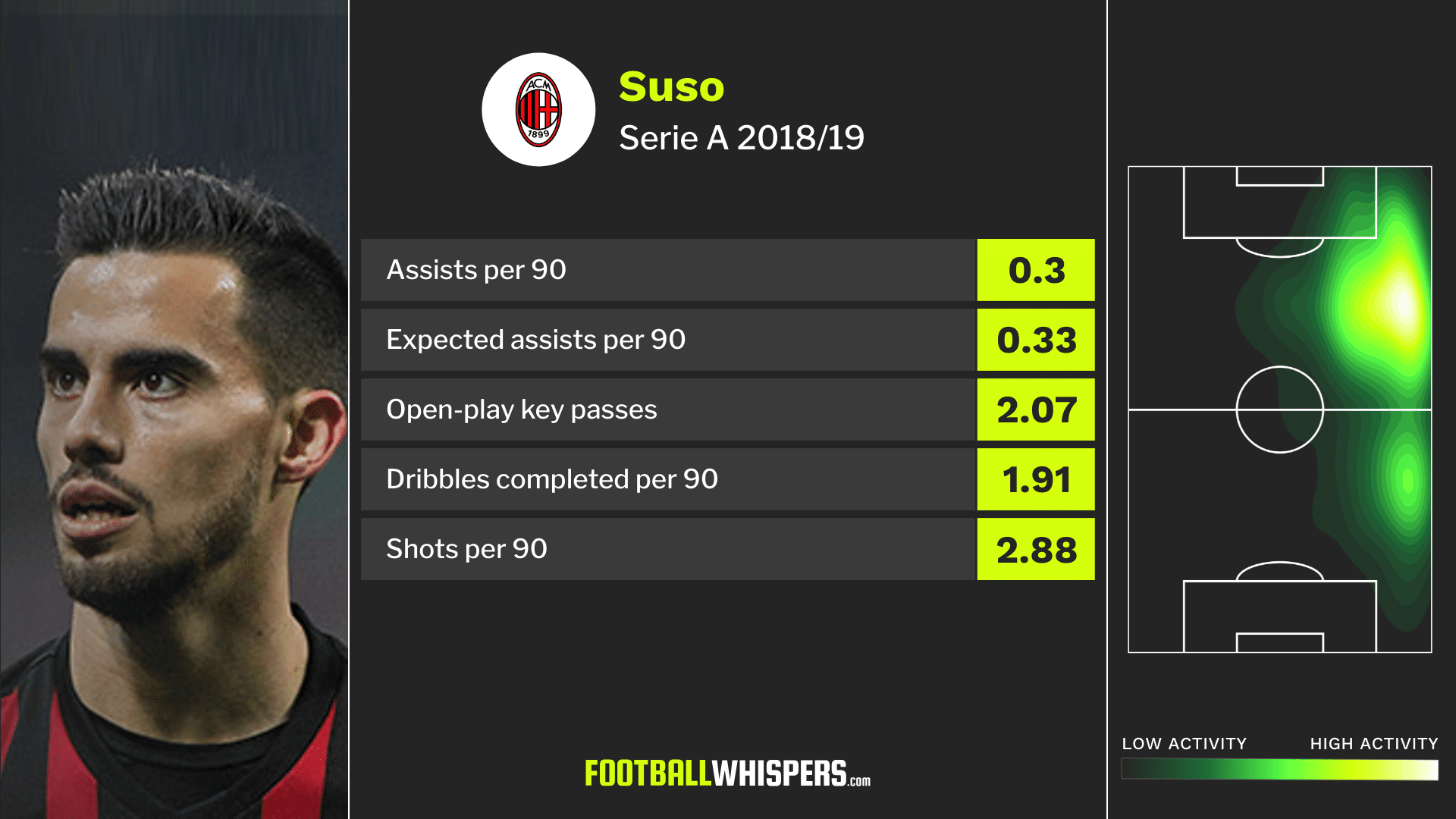 Perpetually linked with a move back to the Premier League, now might be the summer for it to happen. Milan may be forced to cash in on the former Liverpool youngster if they fail to finish in the top four.

As things stand, they're three points behind Atalanta with four games left to play. Spurs are rumoured to be interested in the Milan No.8 and have been linked with the Spaniard for a number of years now.

He could also replace compatriot Juan Mata at Manchester United if the ex-Chelsea man does depart from Old Trafford this summer. He's similar to the United No.8 and could fill a void in their squad.

He's a creative force in the final third and has assisted eight goals in the Italian top flight this term.

Another Milan player who could be on the move if the club have to balance their books. According to reports, the 24-year-old wants to play in Europe's premier club competition and is prepared to leave the San Siro in order to do so.

The Milan captain was previously linked with Chelsea but with Spurs, Man United, Manchester City and Arsenal all expected to be in the market for a centre-back this summer, he could top a number of wishlists.

Believed to be available for around the £70million mark, that is the going rate for elite defenders. And Romagnoli is still nowhere near his peak. 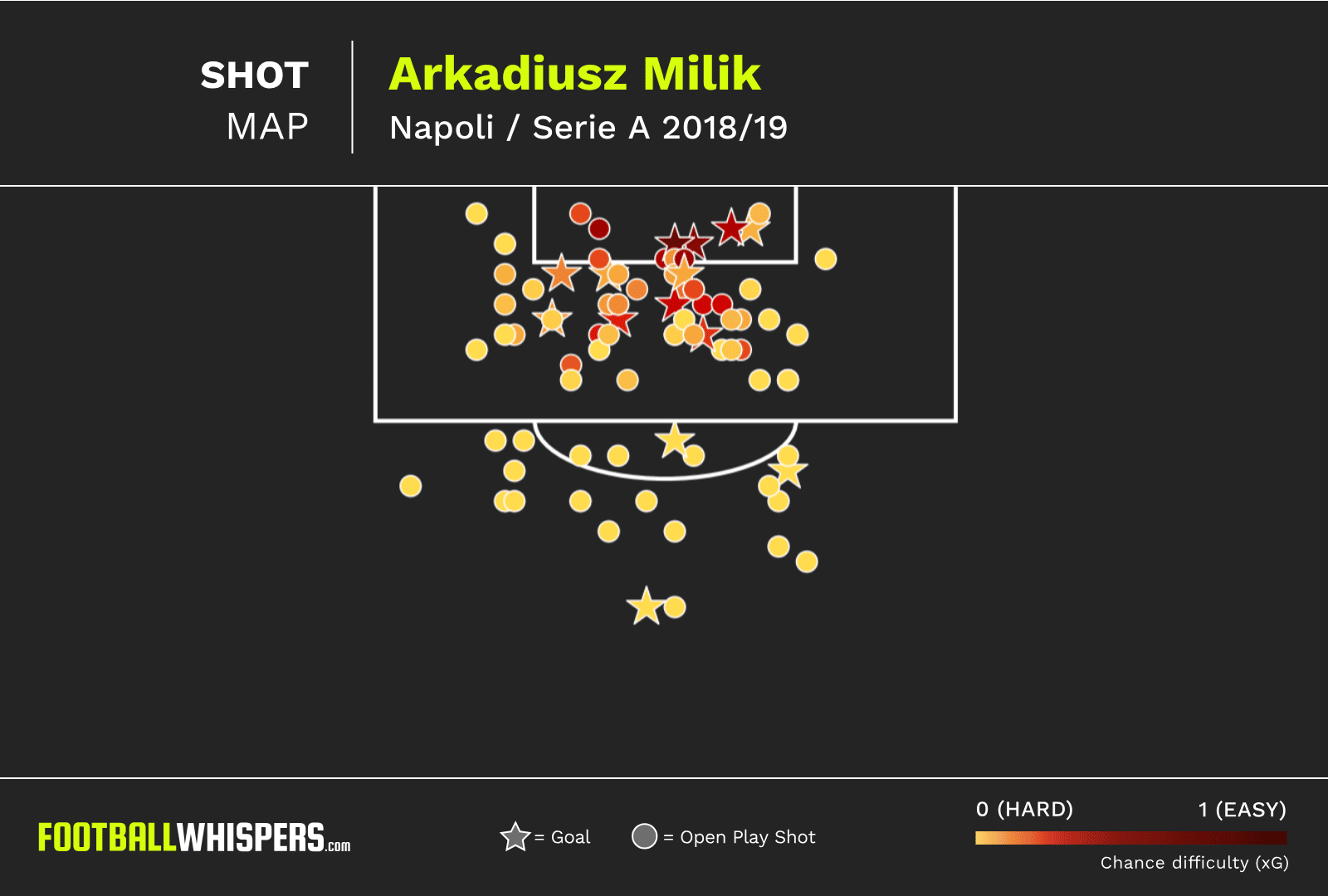 Milik was hyped as the next big thing during his days at Ajax and Napoli signed him to replace the departing Gonzalo Higúain. Injuries hampered his first two seasons in Italy but this year he's returned to the starting XI with vengeance.

His record of 0.72 goals per 90 can only be bettered by four players in Serie A, one of which is Cristiano Ronaldo.

What is more impressive, however, is the variety of goals he scored. He's scored six of his 17 from outside the penalty area and of the 11 he's managed inside the box, three have been headers. He's averaged a 50 per cent shot accuracy this term, too.

It's difficult to stop him.

With just two years left on his deal and his stock as high as ever, Napoli may feel that now is the right time to cash in on a player they spent £30million on in the summer of 2016.