Mauricio Pochettino’s three years in charge at Tottenham Hotspur have yielded great success. There has been constant improvement – he took the club from fifth in 2014/15 to second last term – while the focus on young players has ensured the team’s future appears bright.

However, this season looks to be one of real change, and that could make it difficult for the Argentine to continue progressing his side. Here are six problems he must solve in 2017/18.

Last season, Tottenham played their European home ties at Wembley Stadium as they began work on a new home ground. The results were far from pleasing. Losing two of their ‘home’ games, they were knocked out of the Champions League at the group stage despite a reasonable draw. They then lost in the Europa League round of 32 to Gent after a 2-2 draw in the home leg.

Overall, during Pochettino’s time as manager Spurs have played six matches at Wembley, winning just once. They have drawn one, and lost four. Those numbers don’t make for good reading ahead of a season in which they will play all home fixtures at the stadium.

The Tottenham boss will no doubt be quick to stress that playing in domestic knockout competitions and continental tournaments provide different threats that won’t be present over the course of a Premier League campaign, but the fact is Wembley has a completely different feel to White Hart Lane.

Home form was integral to the team’s second-place finish last season – just over 65 per cent of their league wins came at the Lane – so Pochettino will have to ensure his players are fully comfortable taking to the field in their temporary home.

The back three is the latest Premier League trend. Chelsea and Arsenal are both ‘wearing it’ right now, and Tottenham – along with Manchester City, Everton and West Ham United – also experimented with the defensive line to good effect last season.

While the 4-2-3-1 has been Pochettino’s go-to system throughout his time at Spurs, the numbers suggest a more permanent switch to the 3-4-2-1 shape he utilised on occasion in 2016/17 would be wise.

Tottenham started with the system ten times in Premier League action. Of those ten matches, they won eight, drew two and lost none, picking up a points total of 26 from a possible 30. Indeed, their win rate, points per game and goal difference per game were higher in the 3-4-2-1 than the 4-2-3-1.

Spurs have achieved positive results regardless of the system he has used, and that is primarily because other factors – the team’s style of play and principles in the defensive, attacking and transition phases – are more important.

Nonetheless, choosing and sticking to the right basic structure can add value. It can help to foster consistency and momentum. And, on the basis of the statistics, Pochettino should embrace the back three.

As yet, Tottenham have not entered the transfer market to add a new striker to their ranks. This is perplexing considering the huge weight of responsibility Harry Kane is asked to carry – the English hitman scored over a third of his side’s league goals tally last season.

Should injury or suspension strike Kane down, there is a lack of adequate cover. Vincent Janssen hit just two goals in 27 Premier League outings in his debut campaign in England, and there is no other natural centre-forward in the squad.

With this in mind, Pochettino may have to innovate. Playing a front two doesn’t solve the problem – Kane would still have to play – but giving Son Heung-Min more game time atop the attack could. As might trying out Dele Alli, an intelligent mover with good aerial ability and spatial awareness, as a false nine. 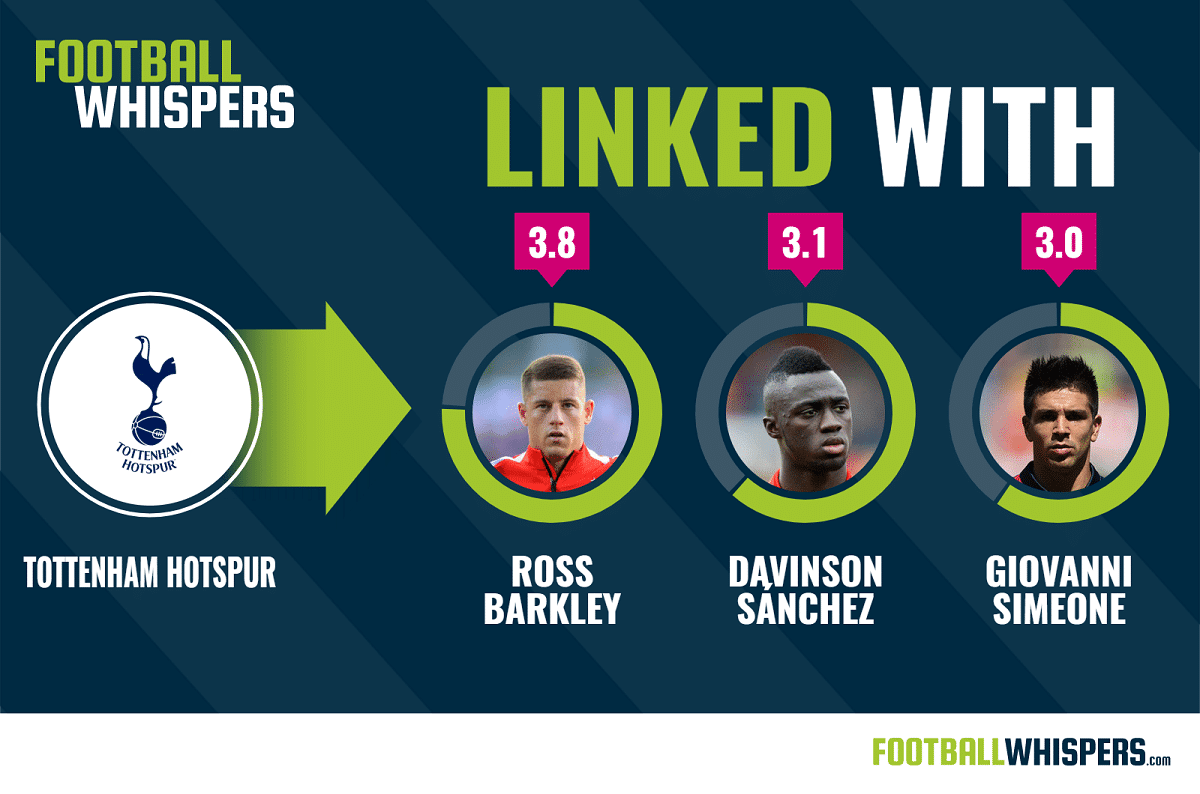 MIX IT IN EUROPE

There are two major challenges left for Pochettino to complete at Tottenham. One is simply winning silverware; the other is making a concerted push in Europe. In the last three seasons, the latter has been frustratingly absent.

In 2014/15, Spurs exited the Europa League at the round of 32 stage following a meek 2-0 defeat to Fiorentina in Florence. Then, in 2015/16 Borussia Dortmund had too much for a severely weakened Tottenham team. Last season’s Champions League and Europa League exits have been covered.

As long as his side continue to improve on the pitch and secure their top-four status in the Premier League, the lack of a European run is unlikely to be a make-or-break issue. But if Pochettino wants to establish the side as a true powerhouse of the game a la Diego Simeone with Atletico Madrid, they are going to have to start winning more often on the continent.

Few managers in the Premier League are as committed to the concept of squad rotation as Pochettino. He has always liked the idea of not playing his full-backs twice in the same week, and aims to keep all of his key players fresh by resting them at regular intervals.

However, this concept doesn’t work for everyone. Indeed, the rotation policy is seen by some as being one of the reasons behind Kyle Walker’s decision to join title rivals Manchester City.

If Tottenham are to compete both domestically and on the continent, they are going to have to trust their most talented players at all times. As has been seen in their results abroad in recent years, resting them does have some negative consequences.

Josh Onomah has left Spurs to spend a season on loan in the Championship with Aston Villa.

This is a somewhat strange move considering the lack of depth in Tottenham’s squad, and mustn’t become a trend.

The 20-year-old, who has represented England at various youth levels, is nowhere near the finished article, but his pace and trickery would have added options in an attack short on quantity

Blooding young players has never been an issue for Pochettino in the past and it can’t become one now, especially seeing as new signings are yet to arrive.

The talent is there to promote from within and alleviate the existing depth problem.

Central midfield prospect Harry Winks deserves to play a more important role in the coming campaign, while Kyle Walker-Peters and highly rated 18-year-old Marcus Edwards should also be given their chance to shine.