Last season was a campaign of mixed fortunes for Manchester United, who finished a disappointing sixth in the Premier League – a full 24 points behind champions Chelsea – yet triumphed in both the Europa League and the League Cup.

Having spent £150million on Victor Lindelöf, Romelu Lukaku and Nemanja Matić this summer, and with at least one more addition anticipated, José Mourinho needs to deliver a title challenge in 2017/18.

The former Real Madrid and Chelsea boss usually excels in his second season at a club, but jumping from sixth to first will be no mean feat.

That's the task he faces, though. We've identified the six key problems that Mourinho must solve if he is to secure a first Premier League in five seasons for the Red Devils.

How Could Manchester United Line Up In 2017/18… by FootballWhispers

United drew 15 of their 38 league games last term, many of which coming, frustratingly, in games they dominated against inferior opposition at home.

With travelling sides electing to sit deep and defend, presenting a stubborn block to break down, Mourinho's men too often came up short, forced to settle for a point when three were there for the taking.

This is a malady which United must overcome if they hope to contest the title this season. Traditionally, league-winning teams have the knack of snatching victories through below-par performances; it was quite the opposite at Old Trafford in 2016/17, when the 20-times champions were regularly slick, incisive and dominant, yet unable to see off resolute opponents.

Had United been able to convert just a third of their draws into wins last term, they'd have finished comfortably inside the top three and wouldn't have been reliant on Europa League success as their only avenue back into he Champions League.

Getting The Most Out Of Pogba

Re-signed from Juventus for a then-world-record £89millon fee a year ago, Paul Pogba‘s return to Old Trafford was a statement of intent for United, who fended off rival interest from Real Madrid to sign the gifted Frenchman.

Expected to form the core of the Red Devils revival under Mournho and power the side to recapturing former glories, the 24-year-old has come in for no small amount of criticism after his first season back at the club.

Much of the talk of Pogba underwhelming is a touch harsh as he was, for long periods, United's best player last season, but a Premier League return of five goals and four assists has been a stick to beat him with; he'll want to improve upon that this term.

Mourinho must figure out how to unleash Pogba's full, vast potential. The Portuguese tactician's reliance on 4-2-3-1 meant that the France international was often played in a deeper role than he'd prefer within the United midfield, looking far more comfortable when the side lined up in 4-3-3.

The arrival of Matić should assist Pogba, with the Serbian destroyer shouldering the lion's share of the defensive duties. But Mourinho must tailor his tactics to his most talented player.

Improving Against The Top 6

United won just two – Tottenham Hotspur and Chelsea at home – of their ten fixtures against top-six rivals in the Premier League last season.

When separating the six sides into a mini league, calculating points totals for games played against one another, only Arsenal (nine) accumulated fewer than United's return of ten points, winning twice, drawing four and losing four.

Mourinho tended to deploy overly-negative tactics when up against the division's best sides last season, with six-at-the-back and stifling, man-marking strategies being used.

This would have been all well and good if it had yielded positive results, but it didn't. Such defensive tactics sit uncomfortably with many United fans, accustomed to a slightly more adventurous approach; those inside Old Trafford will only forgive such negativity as long as it is the exception rather than the rule and, crucially, pays off.

When he first arrived from Monaco in the summer of 2015, costing an initial £36million plus conditional bonuses, Anthony Martial took the Premier League by storm, finishing the campaign with 17 goals in all competitions.

The youngster was easily United‘s best outfield player that season, bringing a degree of verve and fantasy to an otherwise drab side under Louis van Gaal's rule.

But his second season in England proved more difficult. The Frenchman struggled to recapture his best form early on and soon, it seemed, lost the confidence of his manager, returning just eight goals in 42 games.

Martial remains a player with world-class potential. It it fair to say that the 21-year-old needs to take a more proactive approach to his game and rediscover the consistency he lost last term.

But it is also Mourinho's job to get the best out of and improve his players. The fact that Martial was an unused substitute in the Super Cup defeat to Real Madrid in the week leading up to the Premier League's commencement is not an encouraging sign for the youngster.

Considering the money spent on the player and his potential upside, giving up on Martial after just one sub-par season would be negligent of Mourinho; he must provide the young attacker a platform to improve and thrive.

Settle On A Formation

Many of United's best performances last season came when they were using a 4-3-3 formation, giving the team balance in midfield, durability defensively and options in attack.

But Mourinho often reverted to the 4-2-3-1 shape which brought him a third Premier League title at Chelsea. When at home against inferior sides, this set-up morphed into a 4-1-4-1 formation in possession, with Pogba enjoying the freedom to push forward.

However, when the opposition provided more of an attacking threat, Pogba became hamstrung by defensive responsibility, making the formation – and the most gifted player within it – less effective.

An injury crisis towards the end of the campaign saw Mourinho experiment with 3-4-3 and 3-5-2, maximising the options remaining at his disposal, and the latter seems to be a shape the manager is keen to investigate further this season.

Having such tactical flexibility is a virtue for top clubs, but Mourinho will need to identify a primary formation to allow his players to settle into their roles. 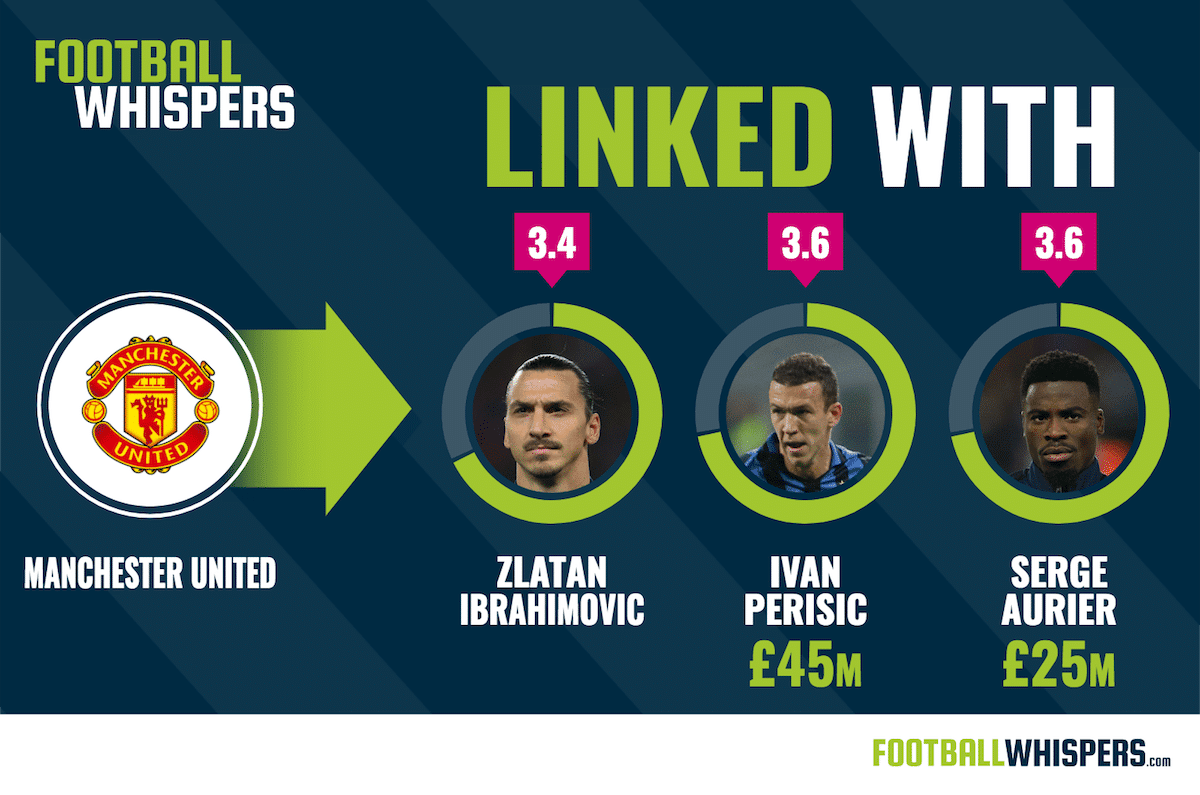 Last season, when it became apparent that a top-four finish was unlikely, Mourinho quickly switched focus to the Europa League, prioritising the continent's secondary competition as his most viable route back to the Champions League.

In the weeks approaching the Europa League semi-final and final, United would keep their best players fresh by resting them in the Premier League, with domestic results suffering as a result.

In lifting the Europa League trophy for the first time in the club's history, Mourinho was vindicated in his decision to de-emphasise domestic matters. But United are expected to challenge for the Premier League this season while also giving a strong account of themselves in the Champions League; prioritising one at the expense of the other will not be acceptable.