For Southampton the 2017/18 Premier League campaign has, so far, been one of frustration.

The Saints have often controlled games but have lacked a cutting edge – goals from open play have been hard to come by. And yet Mauricio Pellegrino's side are 11th in the table after fourteen games.

The framework for a successful Southampton side is seemingly in place. What the club are lacking is the players to implement it effectively. But with the transfer window opening in one month's time, the Saints hierarchy have an opportunity to change that.

Signing players in January is always a risk. However, the transfer market is becoming more and more competitive and waiting is no longer an option for many sides in the Premier League scramble.

Fail to act and risk relegation, it can sometimes be that simple for clubs in mid-table. So Southampton shouldn't be afraid to spend and at the top of their list should be a striker.

But improvements could also be made elsewhere. A winger wouldn't go amiss while a central defender may also be considered with Virgil van Dijk's future still uncertain amid interest from a number of clubs, including Liverpool.

And we've picked out six players Southampton should considering, at the very least, taking an interest in come January. Some you may agree with, others you may not. Let us know by tweeting us at @FB_Whispers.

Newcastle United, West Ham United and West Bromwich Albion have all been linked with moves for the Villarreal striker, and Southampton should be another Premier League side in contention to sign him.

The 26-year-old has been in sparkling form for El Submarino Amarillo this season, scoring nine goals in 12 La Liga games and adding three in five in the Europa League.

Deceptively quick, powerful and a capable finisher with both feet, Bakambu would bring a new dimension to Southampton's attack. He combines all the best features of current trio Manolo Gabbiadini, Shane Long and Charlie Austin and still has plenty of room to improve.

His link play need developing – he usually plays in a front two instead of a lone striker – but the potential is certainly there. He remains a rough diamond who, with some polishing, could become a genuine top class striker.

Villarreal demanded £20million for Bakambu in the summer but no side were willing to match that. The Spanish club will demand his buyout clause is paid if he's to leave in January, but that stands at £35million and wouldn't scare off many Premier League sides.

He may have only joined the Bundesliga side in the summer from FC Utrecht but the striker has already had a big impact at Frankfurt.

Haller has only played 15 games for the club but has contributed to 12 goals in those matches – he's netted eight times and registered a further four assists.

He is a big reason as to why Eintracht are sitting ninth in the table so, unsurprisingly, he is already receiving admiring glances from a number of bigger clubs.

Like Bakambu he is a well-rounded striker, although he doesn't have the same surging pace as the Villarreal man. He is, however, far better at holding the ball up given his 6ft 2ins frame.

Eintracht head coach Kovac once said “a bulldozer couldn't knock him (Haller) over” but that statement does him disservice. He is technically sound and proved that in spectacular fashion against Stuttgart when he netted an impressive scissor kick.

Haller cost Eintracht €8million in the summer and given his impact they're unlikely to be interested in selling in January.

However, money talks and if the Saints want a striker who is capable of leading the line in a more physical fashion that Austin, Long or Gabbiadini, then pursuing Haller makes sense, even if it means doubling what Frankfurt paid in July.

It appears the Italian is finally maturing into the player many hoped he would be.

In his early years at Milan, Verdi was given the same nickname as Gianfranco Zola; ‘Magic Box'. His stature, technique and ability with both feet instantly stood-out but he was unable to affect games in the same way as the Chelsea legend.

There were several loan spells, many of which were forgettable, before he left Milan permanently in the summer of 2016 for Bologna. The club paid just €1.5million to secure Verdi's signing, it's proven extremely smart business.

Over the last 18 months he has developed into the player many hoped. This term he has played 15 games in which he has scored four times and assisted a further four goals.

He is becoming decisive and a potential match-winner, something Southampton are in need of despite Sofiane Boufal beginning to show why the Saints paid a club-record fee to sign him.

A fee of around £17million could convince Bologna to sell but with mounting interest from Inter Milan and West Ham, the Saints would have competition for his signature.

At some point van Dijk will leave Southampton, it's just a case of a club matching the figure the Saints demand.

It will undoubtedly be a loss given his ability but keeping an unhappy player around eventually becomes counter-productive.

Jack Stephens could be the long-term successor but given his lack of football in recent months it appears Pellegrino isn't particularly fond of the 23-year-old who impressed at the back end of last season.

Summer signing Jan Bednarek has also failed to win over the Saints boss and hasn't played in the Premier League as yet.

So neither are likely to come into the side if van Dijk departs in January, Bensebaini, however, could be an ideal replacement.

The versatile Rennes defender, who is predominantly a centre-back but can play at left-back, is comfortable with the ball and is blessed with the same recovery pace as the Dutchman.

He is only 22 years old, too, so would have room to develop his game. A fee of around £16million could convince the French club to sell in January.

One for the romantics? Most definitely. But there would be few on the south coast who wouldn't be disappointed to see Shaw return to St Mary's, even if it was just a short-term loan deal.

The left-back made his name with the Saints after breaking into the side as a promising 17-year-old. He left the club before his 19th birthday for £27million, joining United.

But his time at Old Trafford has been largely unhappy. He suffered a horrific leg injury and, on making his return, has failed to convince José Mourinho that he deserves a place in the side.

With the World Cup now firmly Shaw needs a move to have any hope of travelling to Russia. He's yet to play in the Premier League this season and has been forced to turn out for United's Under-23s to try to maintain his fitness.

Southampton have Ryan Bertrand at left-back but he has received admiring glances from Manchester City.

It would be a brave move from the Saints board to allow the former Chelsea youngster to leave and replace him with Shaw, assuming a deal can be struck, but there is potentially a huge upside for all parties and one Southampton may look to explore. 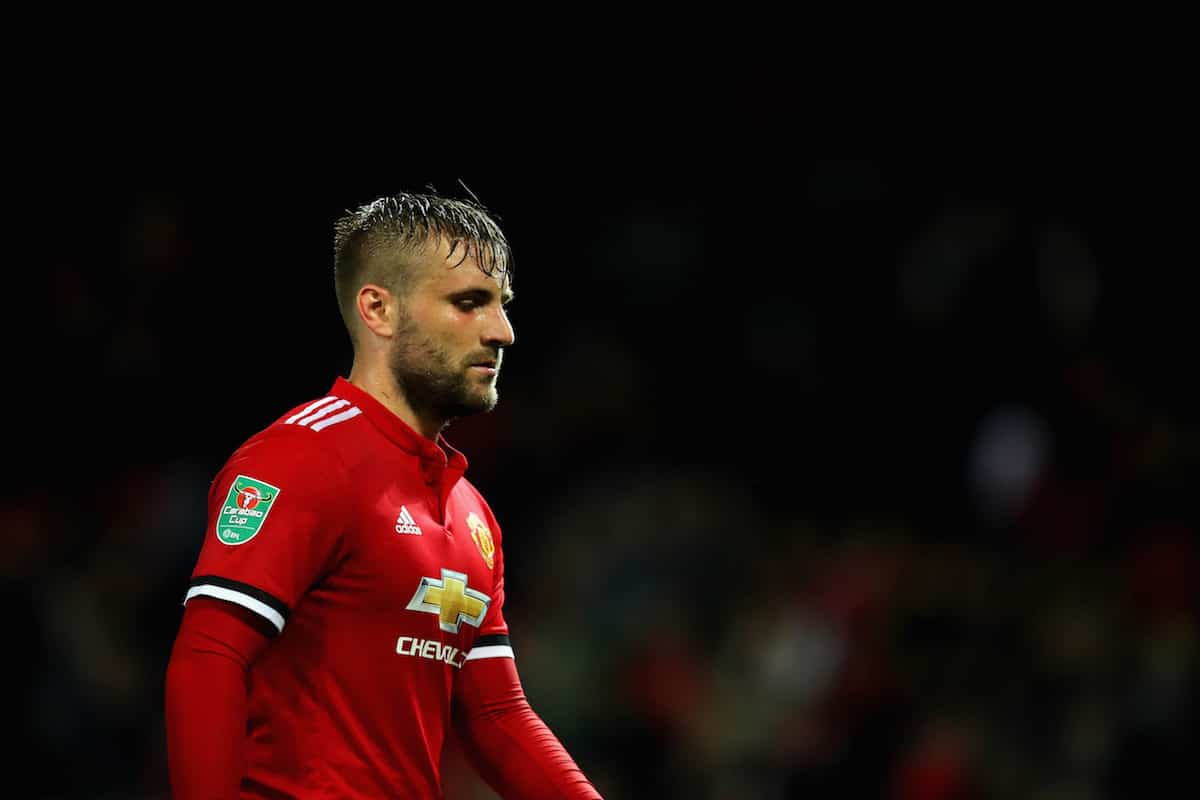 Now stick with us as the initial reaction is to scoff at the thought, but Sturridge could be the ideal signing to solve the Saints goalscoring woes.

His time at Liverpool has been blighted by injuries, however, this season he has only missed two games because of a hamstring problem, and that only meant he was absent for two matches.

Of course, the argument is that he isn't a regular for Liverpool so his body isn't being put under the same pressures it would be at Southampton, but the flip side is that perhaps he has come through the worst of his problems and now needs to be trusted once again.

When fit and on form, there is no doubting Sturridge's ability to score goals in the Premier League. He is an excellent finisher and few can match his instinct in the penalty area.

Southampton's problem this term is they've lacked a cutting edge in many games, the England international would certainly provide that.

He has just over 18 months remaining on his deal at Liverpool and, given he isn't a regular, is unlikely to be willing to extend that. Southampton could use that to their advantage.

They could, potentially, strike a deal with Liverpool for van Dijk which sees Sturridge move to St Mary's. Swap deals are rare in the Premier League for good reason, it's difficult to get all parties to agree.

But a deal would suit Southampton, Liverpool and the 28-year-old if the money is right. And a fit and firing Sturridge would give the Saints an edge over many a Premier League side.