If relegation is football’s greatest indignation, immediate promotion is its greatest redemption.

For Newcastle United, that sense of catharsis has come in the form of ‘The ‘Rafalution,’ under manager Rafael Benítez, their players responding to the pressure of being the Championship’s ‘biggest club’ to finish the season top of the tree and leave them chomping at the bit to have another crack at the top-flight.

Indeed, while some of the Magpies’ squad have never experienced Premier League football, several players have – and know that it’s as painful as it is exciting.

Next season, Newcastle will be a Premier League entity once more and, for some of those at the club, it’ll be a 38 game-long opportunity to prove a few doubters wrong, to get their own back and to re-establish that sense of confidence that gets shattered as soon as relegation is confirmed.

Here are six Magpies out to prove a Premier League point. 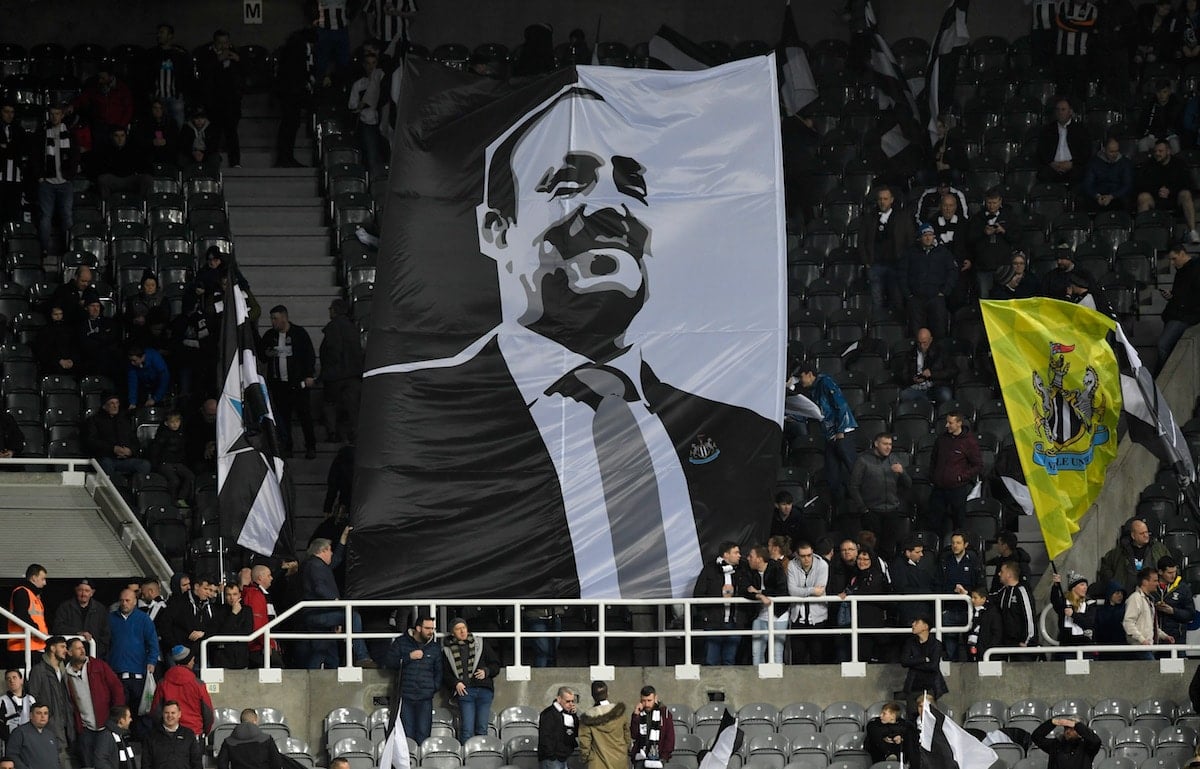 Young, quick and technically impressive, Christian Atsu had all the makings of a fine player when he signed for Chelsea in 2013.

However, the Ghanian international was never deemed adequate for a regular run in the first-team at Stamford Bridge, being sent on loan to Chelsea’s feeder club Vitesse Arnhem.

Atsu fared decently in the Netherlands, scoring five times in 30 appearances as Vitesse finished sixth in the Eredivisie. He didn’t last long back at Chelsea, though, being sent back out on loan to Everton.

At Goodison Park, Roberto Martinez preferred him as an impact player, bringing him on to inject pace and purpose late in games, but it didn’t do much for Atsu’s reputation.

A fruitless loan at Bournemouth and a brief stint with Malaga followed before Atsu joined Newcastle in August 2016, recruited to help Benitez’s bid to get the club back to the big time.

In 35 appearances, Atsu netted five times and added three assists in his most productive season to date, winning the Toon Army over with his dazzling array of tricks and exhilarating speed.

That’s all well and good, but the Premier League is a different beast entirely. Atsu, more than most, is acutely aware of that and will have to hone his final pass and crossing if he is to prove his worth as a potential Premier League star and justify the reported £6.5million Newcastle are shelling out for him.

Strikers have insatiable appetites for goals, it’s just how it works. When they’re not scoring, they’re enigmatic beasts and can often be found on the periphery of games, looking isolated or disillusioned.

Luckily, Dwight Gayle hasn’t had to worry about that too often this season. The former Arsenal youth player has always had goals in him – he finished as Crystal Palace’s top-scorer three seasons in a row despite not having nailed down a regular starting place.

But he found his place spearheading Newcastle’s attack. Gayle scored in his second game for the Magpies, a 2-1 defeat to Huddersfield, but captured the imaginations of the St James’ Park faithful in September when he scored a hat-trick – including a 96th-minute winner – to clinch an epic 4-3 win over Norwich City.

Gayle has been a deadly asset throughout Newcastle’s season, averaging more shots on target per game than any other player in the Championship, illustrating how his radar has been on-point.

Continue in the same fashion next season, and Gayle will relish going up against the Premier League’s best defenders as the deadliest weapon in the Benitez’s artillery. 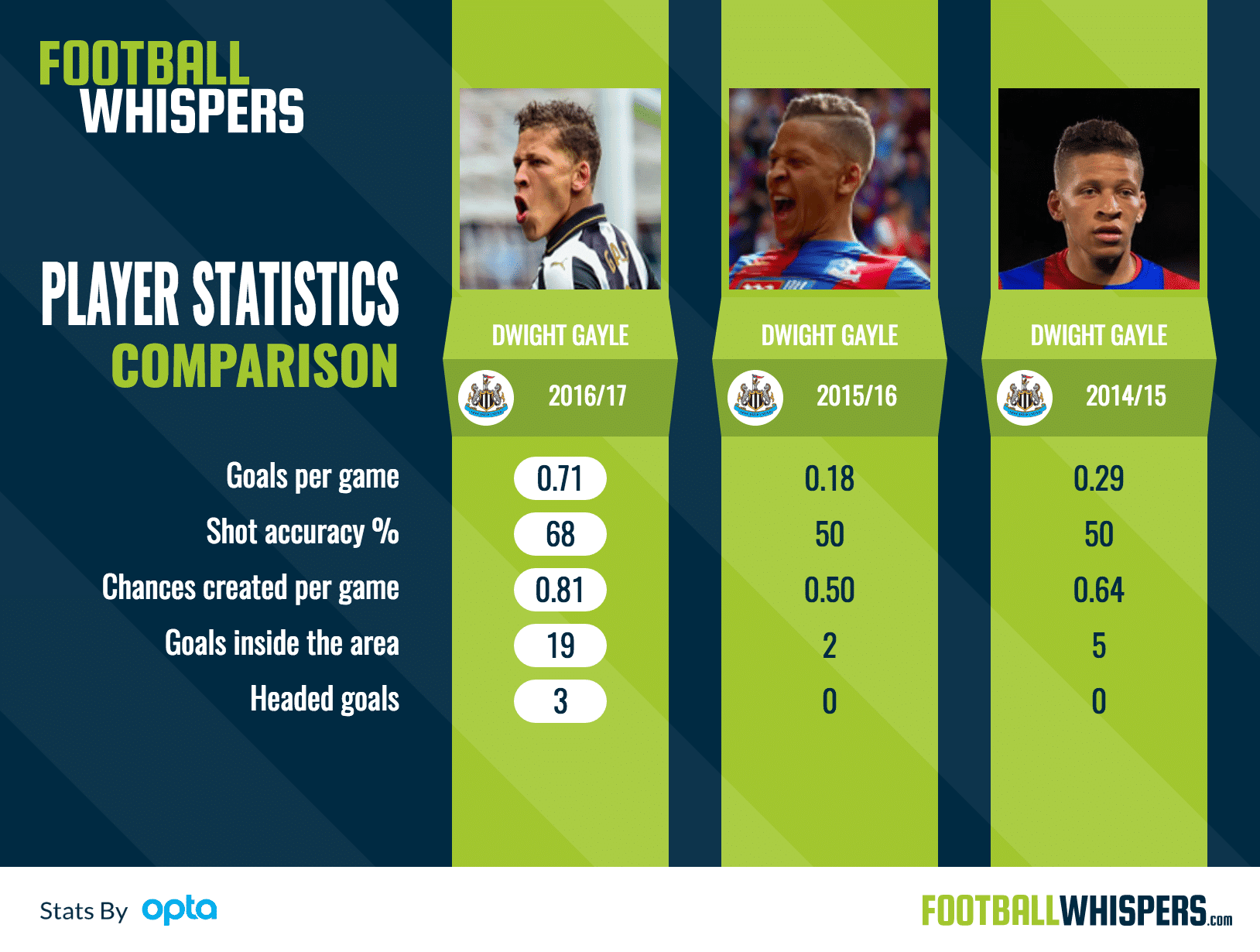 Jonjo Shelvey has so often been his own worst enemy. Rewind back to 2012, when he was considered one of Liverpool’s brightest prospects. On 20 September, the midfielder scored twice to complete a 5-3 Europa League win over Young Boys.

With confidence coursing through the veins, Shelvey lunged into a dangerous tackle on Manchester United defender Jonny Evans, resulting in his dismissal.

Replays would show that Evans should have been shown a red card, too, on the touchline, eventually being escorted to the dressing room by a police officer.

At Swansea City, a brief resurgence was followed by a dip in form, to which Garry Monk criticised the midfielder by telling him to ‘wise up’ and accusing him of ‘laziness.’ After the Swans’ defeat to Oxford United in the FA Cup, Shelvey offered to settle a confrontation with a supporter the old fashioned way. 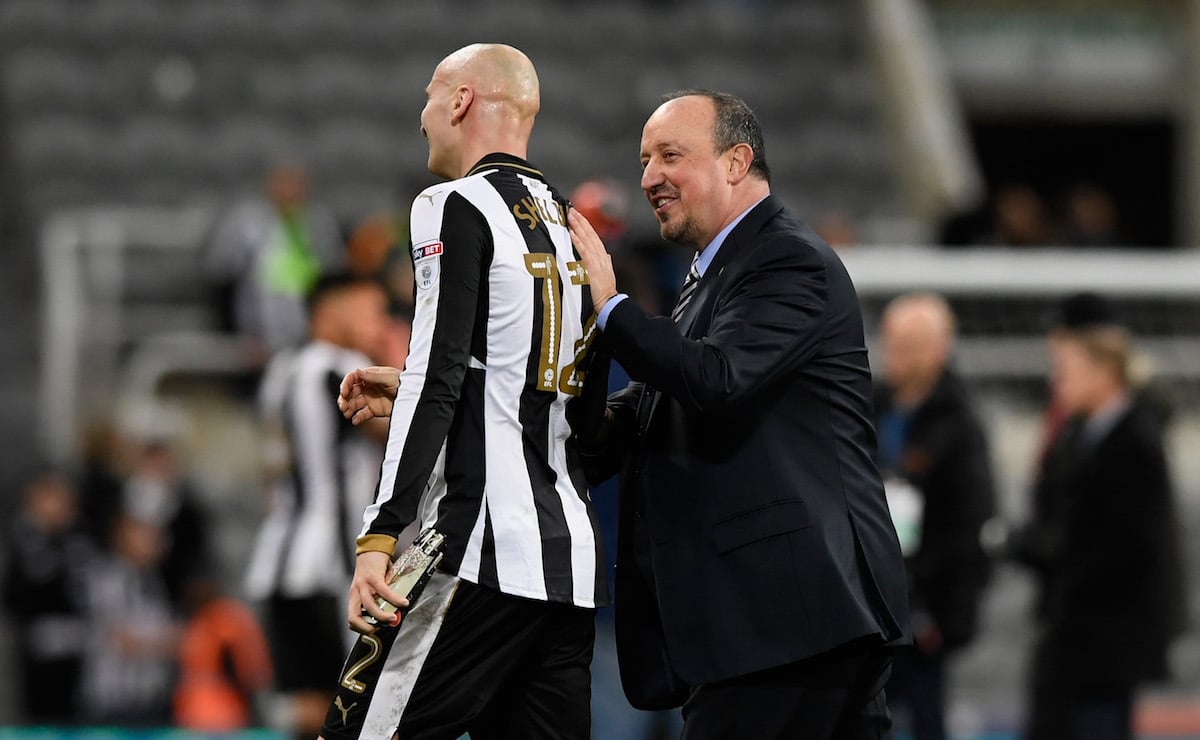 And this season, he received a five-match ban for racially abusing Wolverhampton Wanderers player Romain Saiss.

Shelvey is best when his mouth shut, head down and picking the best pass. He’s a smooth midfield operator at his best and has produced some sparkling performances for Benitez this year, scoring five times and adding eight assists.

Shelvey has averaged 2.1 key passes this season, too, which puts him in the top ten, thus underlining his creative influence to Newcastle.

This is a great chance for Shelvey to thrust himself back into the frame for England (he’s managed six caps but the last came in 2015).

When the PFA revealed their Championship Team of the Year, there was an outcry from Newcastle fans. Magpies defender Jamaal Lascelles had made into the side but many thought Ciaran Clark was more worthy of a place.

The Republic of Ireland international endured a miserable final year at Aston Villa as they won only three times en route to being relegated from the Premier League.

However, he’s overcome such a humiliating setback and a string of injuries to become the glue that holds Newcastle together.

The 27-year-old centre-half has averaged 3.7 aerial duels won, 9.5 clearances per game and 1.7 interceptions during a stellar campaign which has filled him with the confidence he needs to flourish in the top-flight – the confidence that had been sapped by playing in a horribly dishevelled Villa side just two seasons ago.

Given Clark’s pivotal role in Benitez’s defence, there is a lot of pressure riding on the Irishman’s shoulders, but he’s a more rounded, mature defender now ready to take on the mantle and do everything in his power to avoid a drop back down.

Ciaran Clark is your player of the season, with thousands of votes from fans after every game…https://t.co/2QVBApOQhT@C___Clark #nufc pic.twitter.com/5qj6ZkxOuy

On 28 May 2016, Mohamed Diamé’s stunning strike confirmed Hull City’s promotion to the Premier League via a 1-0 play-off final win over Sheffield Wednesday.

However, before the season kicked off, the Senegalese powerhouse was moving straight back down to the Championship, becoming the eighth player to sign for Newcastle last summer.

Perhaps Diamé knew a trick or two. While many automatically raised an eyebrow at his decision to shun top-flight football for another marathon season in the division below, he was looking at the bigger picture.

It’s paid dividends. Newcastle are looking forward to the promised land once again while Hull are staring at the prospect of another promotion scrap having just been relegated.

Having scored six goals in all competitions this season, the 29-year-old is determined to make an impression in the black and white of Newcastle – proving to everyone that he made the right decision in leaving Hull last season.

Yes, much like a lot of his squad, next season will offer Benitez the chance for glorious redemption. Much was made that he had gone from managing Real Madrid to managing in the Championship in the space of seven months.

On the surface, that seems like a dramatic fall from grace for one of the biggest managerial names around, but Benitez deserves immense credit for taking on the Newcastle job so quickly after a bruising experience in the Spanish capital.

The Toon Army were more understanding and realistic. Benitez’s project was to be long-term, with a stint in the Championship largely punishment for the failings of his predecessors. 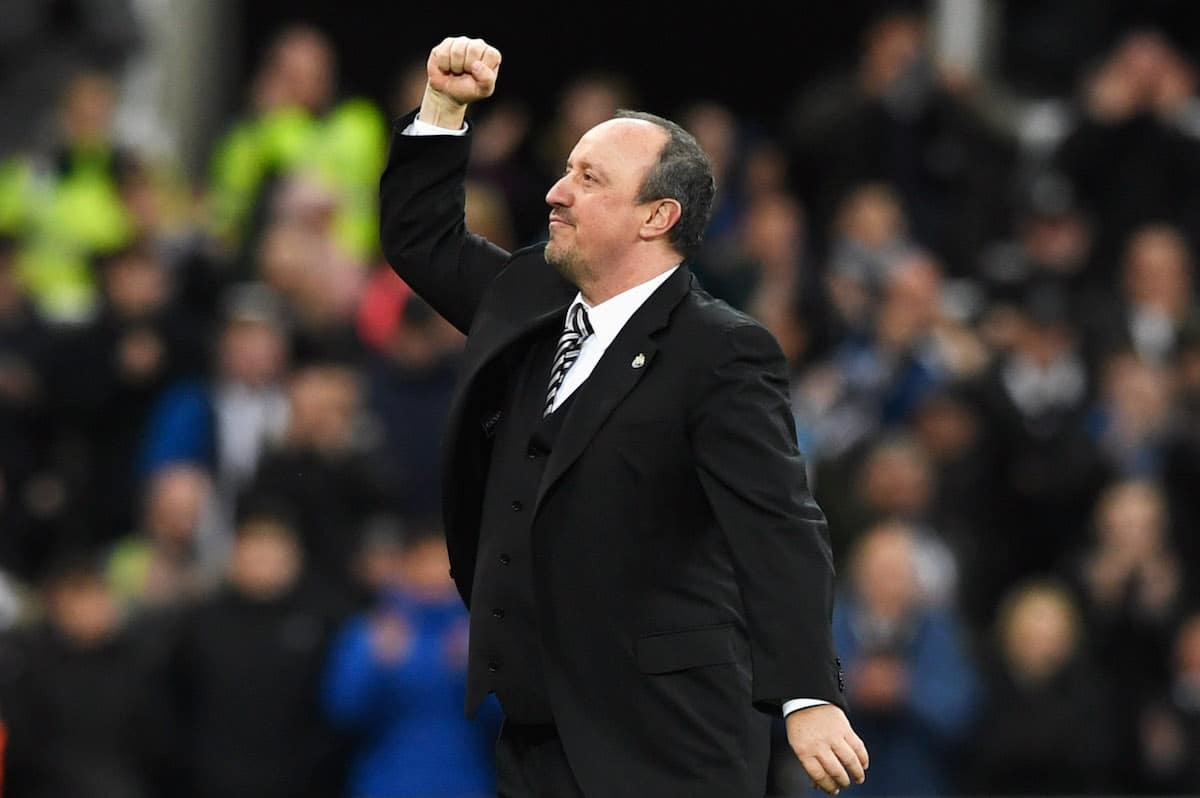 The pressure was as intense for Benitez as anyone in the second-tier, given his CV, but he’s efficiently gone about his task, transforming the club’s fortunes and reinstating the winning mentality that had been sorely lacking in previous seasons.

Now, Benitez has given himself a platform from which he execute his plan to get Newcastle back to where the club feels it belongs – challenging for European football and domestic trophies.