For Chelsea, 2019 certainly hasn't been kind.

Since the turn of the year, the Blues' form under Maurizio Sarri has been nothing short of awful and now the club have now been hit with a transfer ban for breaching rules in relation to youth players.

As things stand – although they have launched an appeal – Chelsea are prohibited from registering any new players in the next two transfer windows. Given the Blues have an ageing and fairly mediocre squad that needs major surgery, it is a big problem.

Yet there could be a silver lining: this might just be the break the club's homegrown players need to establish themselves in the first team.

And we have picked out five of Chelsea's own that should be integrated into the first-team squad next season.

There is very little that appears to faze the young defender.

Two years ago, in the FA Youth Cup final, he went up against Jadon Sancho. The winger, now a worldwide star after his displays for Borussia Dortmund, was kept quiet by James over two legs at Chelsea defeated Manchester City 5-1.

And last summer he joined Wigan Athletic on loan, it was his first foray into senior football.  How would the 18-year-old cope? Would he be up to the challenge? He delivered an emphatic answer.

James immediately took his place on the right side of the Latics back four and claimed the club's Player of the Month award for September, October and November.

“Reece has been excellent for us since he’s been here,” Cook told the Wigan Post. “He’s an 18-year-old boy, but everything about the kid suggests he’s going to have a very strong career.”

James is a solid defender, as Sancho would attest to, but his best work is done in the final third.

In the Championship this season he has created seven ‘big chances' a figure only one defender can better. He also has, partly because of his excellent technique from dead-ball situations, registered the fourth highest number scoring attempts (68).

With César Azpilicueta undoubtedly on the decline, James would be a fine and able deputy who could eventually become the club's first-choice right-back.

He may only be 21 years old but the young defender has enjoyed plenty of success in his fledgeling career.

A two-time FA Youth Cup and UEFA Youth League winner, Tomori has also won promotion to the Premier League with Brighton and Hove Albion and was a key figure in England Under-20s World Cup win in 2017.

“When you are winning, development is easier,” he admitted. “Even now, to say I have won a World Cup is a bit surreal. It was a great experience and going into that tournament we knew we had a great team.”

Tomori is spending this season on loan at Derby County and has impressed due to his confidence in possession – only two Championship defenders have completed more passes this term – and assured defending alongside Richard Keough.

“I think he has been very good for us,” Rams boss and Chelsea legend Frank Lampard said earlier this season. 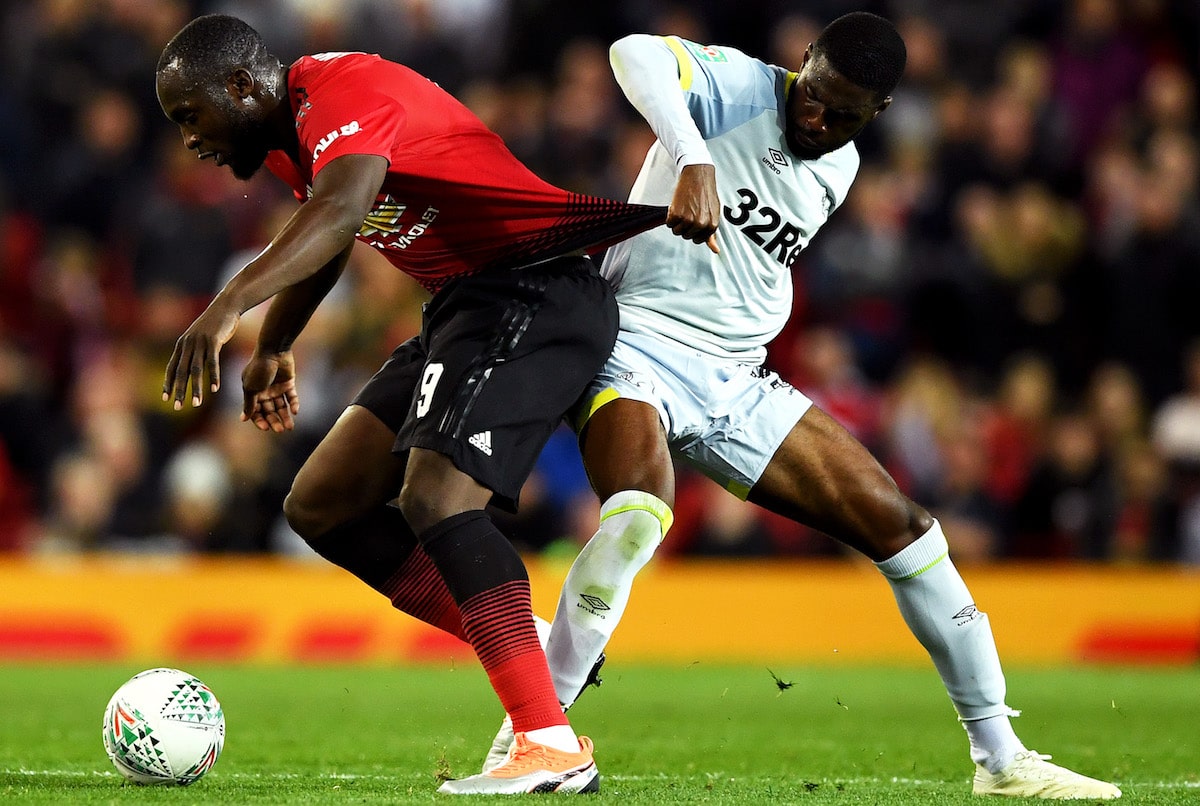 “He has come in and settled in very quickly. To be fair to him, I threw him in very quickly because of the injury to Curtis (Davies), and he has responded brilliantly and he will get even better. As a two, they have done very well.”

Chelsea fans, and the club's coaching staff, got to see Tomori and Mason Mount in action earlier in the campaign when Derby took on Chelsea in the Carabao Cup. The young defender scored an unfortunate own goal after just five minutes but composed himself to produce a strong display against Alvaro Morata.

“He's been unlucky with the own goal but the performance he and Keogh put on afterwards was excellent,” Blues assistant coach Gianfranco Zola said after the match. “It happens. If he hadn't touched that ball, Morata would have scored a goal. He played well.”

The odd mistake does remain in Tomori's game and will need to be ironed out. However, with the Blues lack of depth at centre-back, he could be a worthy addition to the first-team squad.

Many believe Mount is the heir to Lampard at Chelsea. So it is handy he is spending the season working under the Blues' all-time top scorer.

The midfielder spent last season on loan at Vitesse and made a big impression – he scored 13 goals and registered ten assists in 40 games. Not a bad first campaign in senior football.

“We were able to enjoy a great talent,”  Vitesse director Marc van Hintum said last summer. “At Ajax, there are no better players in the midfield. No, not [Hakim] Ziyech either. Mason has everything; the action, the dribbling ability, tactical ingenuity, technique, depth and dynamics.”

Ajax and PSV were ready to offer big money to sign Mount permanently last summer but Chelsea didn't entertain any offer and felt his development would be best served in the intense and rigours Championship. 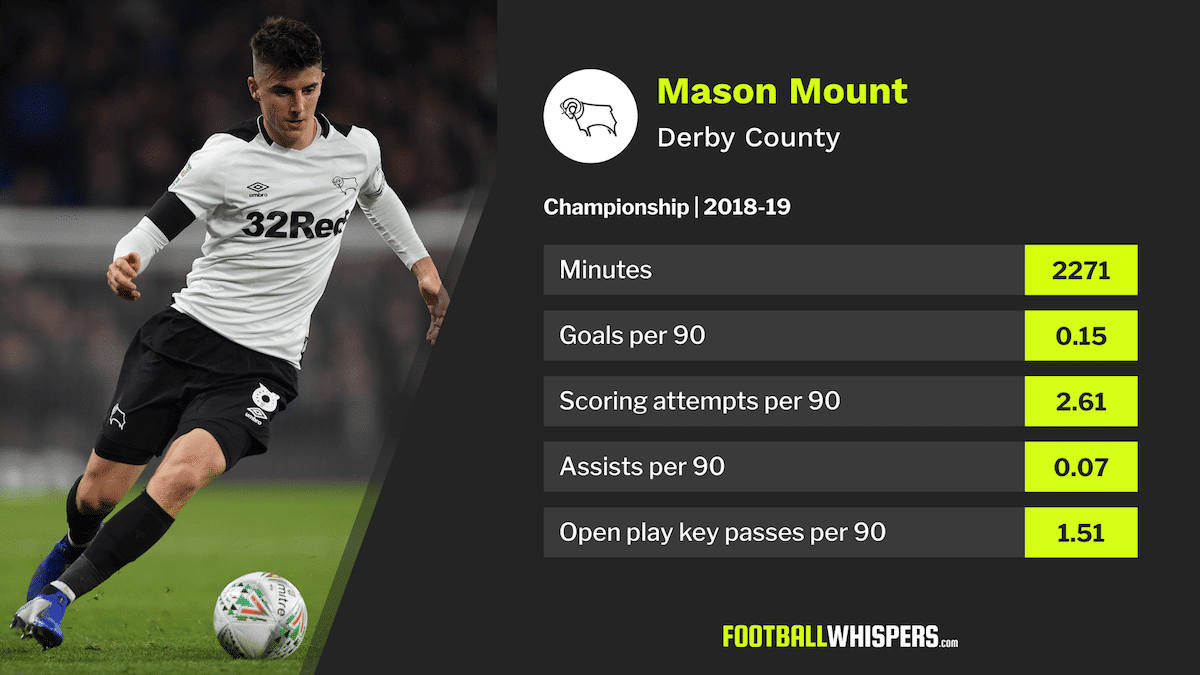 Often deployed on the left of a midfield three under Lampard, Mount has been the side's creator – no Rams player has played more open play key passes – while his scoring attempts per 90 only bettered by ten Championship midfielders.

“Frank has been brilliant,” Mount explained earlier this season. “He has spoken to me a lot one-to-one before and after I signed. I'm always speaking to him and for me, being an attacking midfielder, I couldn't learn off anyone bigger or better than that. I always go into a game trying to get an assist and trying to get a goal, I want to influence games.”

Mount, who trained with the England senior side prior to the World Cup and was called up to the squad last October, has struggled, partly due to injury, since the turn of the year but is undoubtedly ready to be integrated into the first-team squad at Stamford Bridge.

The Scotland Under-21 international is the only player on this list not currently out on loan. Instead, he is once again impressing for the Blues development sides, both domestically and in Europe.

Gilmour started his career at Rangers and was given a first-team squad number at just 15 years old. Yet despite being highly-rated and publically praised by Mark Warburton, Graeme Murty and Pedro Caixinha, the midfielder was never handed his debut for the Scottish club.

And in May 2017, after his 16th birthday, the midfielder joined Chelsea's youth ranks. The Blues beat off several other European giants to secure the youngster's signing. 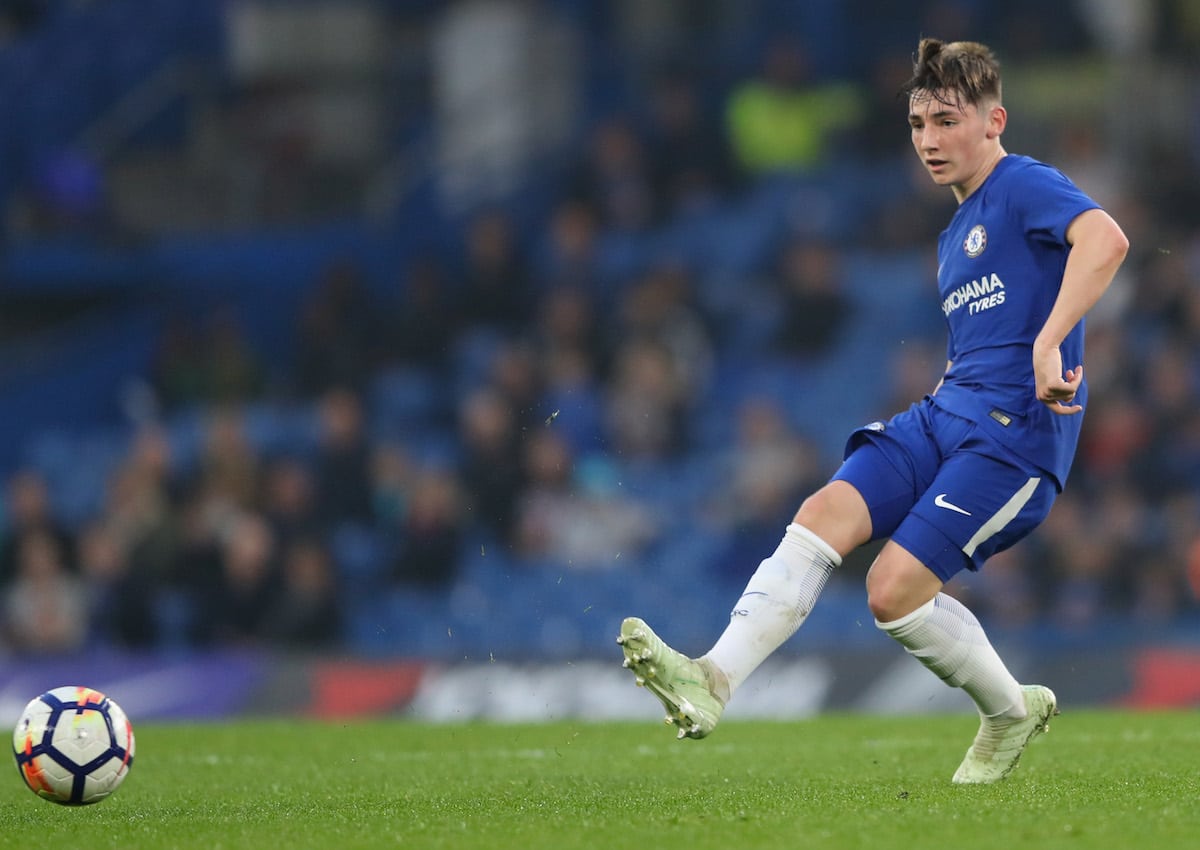 At Stamford Bridge Gilmour has been involved in an FA Youth Cup triumph, almost par for the course for any Chelsea youngster, and has this term impressed in the UEFA Youth League, where he has scored four goals and claimed an assist in three games.

Perhaps most impressive, though, were his performances for Scotland's Under-21s at last summer's Toulon tournament. Gilmour, while still only 16, helped his country to a fourth-placed finish and was named Revelation of the Tournament, an award which highlights the competition's best young player.

“It’s nice to win the award but this is just the start. I really want to keep progressing and make my mark for Chelsea and Scotland.”

It was a curious decision by Chelsea to send the young striker back on loan to the Championship. Abraham had already proven himself a level above English football's second tier when he struck 23 goals in 41 games for Bristol City during the 2016/17 campaign.

However, last August he joined Aston Villa for the season and hasn't stopped scoring. He has netted 20 goals – Villa's next highest scorer has six – in 27 games and without him, the club wouldn't be firmly nestled in the warm embrace of midtable.

Abraham's performances attracted Premier League interest in January, Wolverhampton Wanderers were keen to sign him on loan, but the 21-year-old opted to see out the season at Villa Park.

“I felt like here was home. It has been since I stepped through the door in August. Everyone has made me feel so welcome. Obviously, you have the gaffer and the likes of John Terry here. It feels like one big family.” 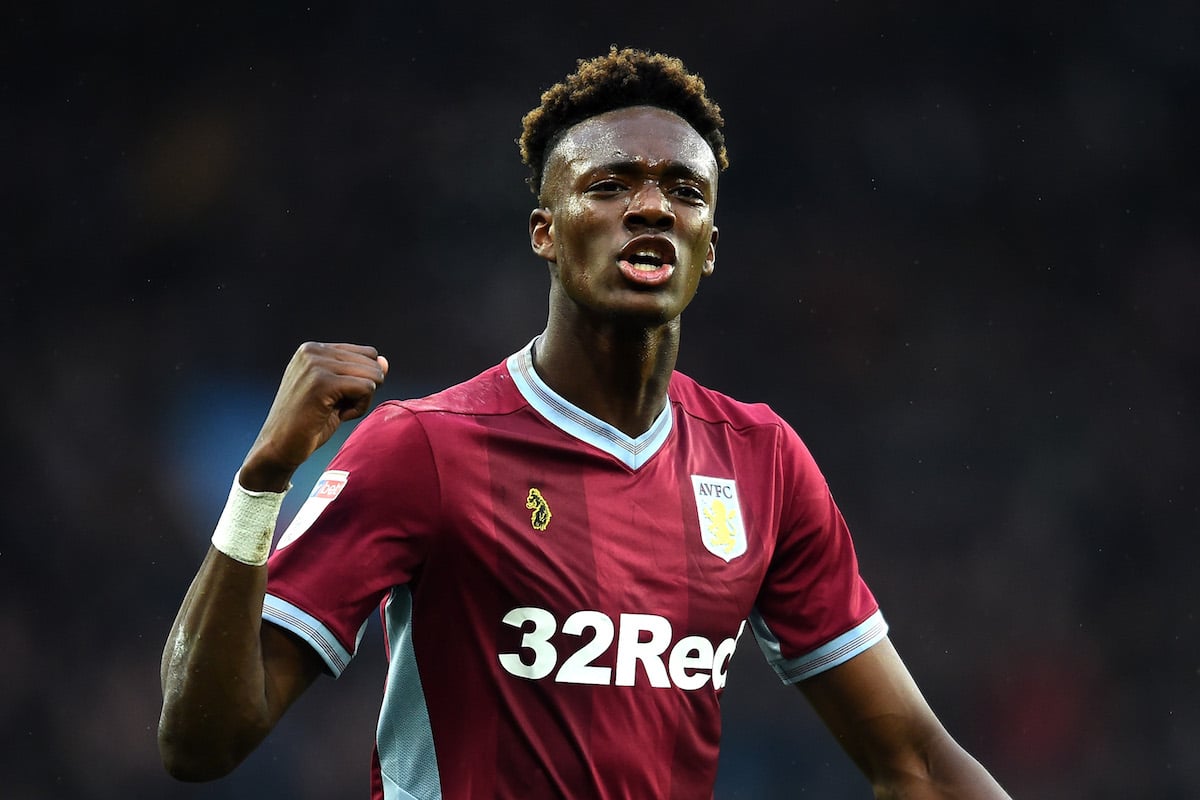 Terry, Villa's assistant manager, has worked with Abraham since he was 16 years old and believes the striker has all the attributes required to make it at Stamford Bridge.

“I know him very well having played with him at Chelsea,” the Blues former skipper explained. “He was the academy player that when coming over to train with the first team, me and Gary Cahill used to think, ‘oh no, here we go'

“You knew he was going to come over and put himself about; run the channels, score goals, be hungry, be passionate. As one of the older ones in the group, I just wanted a nice easy day against a middle-aged striker.”

Abraham may not be ready to lead the Chelsea attack just yet – he only completes 12.76 passes per 90 minutes – but he is a pure goalscorer, a penalty-box finisher.
Which, as we detailed in our latest episode of Three Minutes Myths, is exactly what the Blues need.