After the emergence of N’Golo Kanté as one of the best players in England and picking up the PFA Player of the Year award, Ligue 1 remains a hot bed of talent ready to be plundered.

Monaco won the Ligue 1 title, making them target No.1 this summer, which has seen Benjamin Mendy, Bernardo Silva and Tiemoué Bakayoko leave for England. Thomas Lemar is an Arsenal transfer target and clubs are still trying to work out how to get their hands on Kylian Mbappé.

However, there is still talent to be found and bargains to be had. Here are six underrated players who Premier League clubs should be targeting this summer.

After securing a place in the UEFA Champions League for next season, Nice’s amazing 2016/17 season in Ligue 1 was rewarded. Easily one of the most attractive teams in France to watch, their attackers received most of the publicity.

However, the midfield play of Ivorian, Jean Michaël Seri, was equally crucial. Following the departure of Nampalys Mendy to Leicester City, the 25-year-old stepped up.

With his powerful runs from midfield, Seri can tackle, win possession, then add the finishing touch. Able to pick passes over the top of defences, he can also play it short, drive forward and has great vision and ability to read the game.

Although contracted until 2019, he has a €40million release clause and with RB Leipzig's Naby Keita quoted at being worth over €75million, it's a bargain in comparison.

Roma were close to sealing a deal, he's been linked with Arsenal and Spurs, but could now emerge as a Liverpool transfer target. He scored seven goals and set up another nine last term, only Lemar made more assists in the league, making him a threat all over the pitch.

Would Seri be able to follow in Kanté’s footsteps? Maybe. It's an impossible call to make, but the Nice man has all the traits to be a huge success.

Only two players in Ligue 1 – Bernardo Silva and Seri – have contributed more assists than Ryad Boudebouz. The playmaker has almost been reborn since he moved from SC Bastia to Montpellier in 2015. In 73 appearances, the Algerian international has scored 13 goals, adding 22 assists.

He led the league in key passes with 3.5  – which was better than Christian Eriksen’s 3.1 – and at 27 years old, he may want to make a move to England for one last chance at the big time.

A transfer target for Everton, he would be a good fit. Watford have struggled for creativity, or perhaps he could provide support for his countryman, Riyad Mahrez at Leicester City. 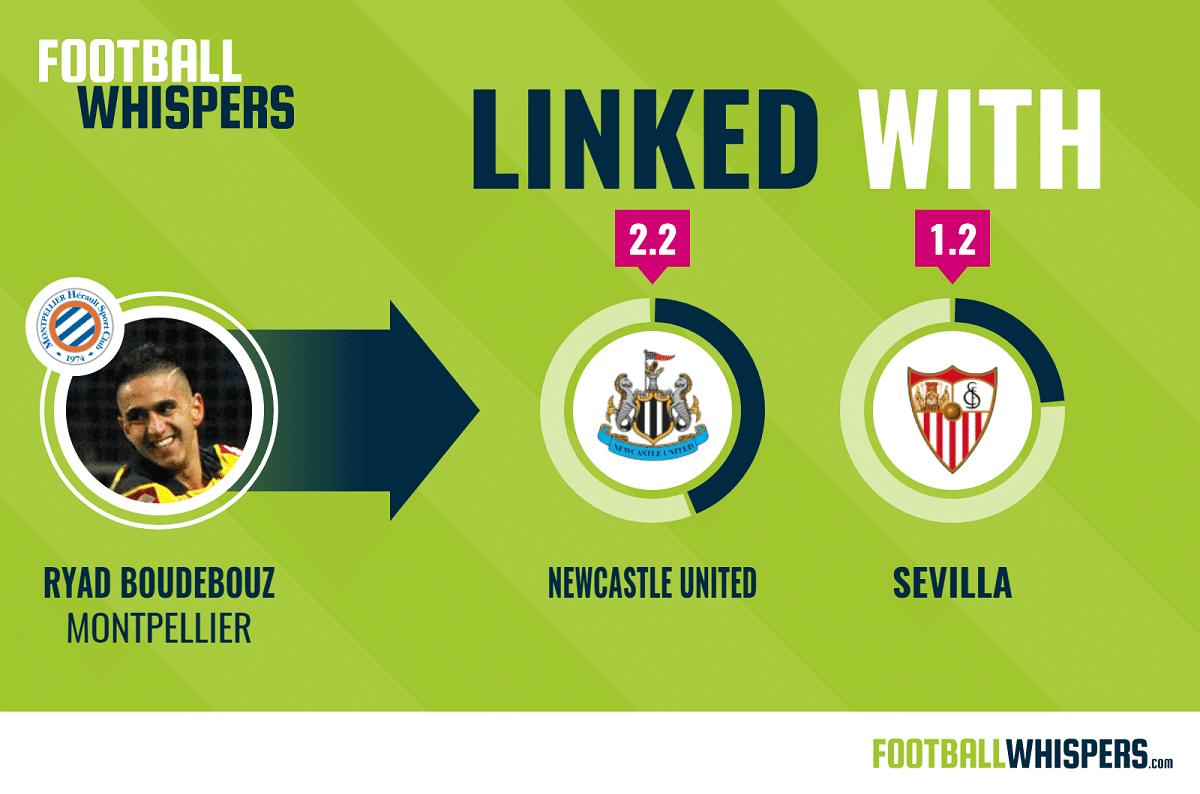 Still only 22 years old, Nantes climb up to seventh place.

Still in the early stages of his career, the youngster has already had to make a comeback from a cruciate ligament injury. He has fought back to full fitness and looks better for it. A defensive first player, but he is always the man who sees most of the ball in Les Canaris midfield.

Always playing with his head up, he can pick balls over the top when the attack make smart runs, but he can also slip balls in behind, demonstrating great vision.

It might be too soon for a move and, unlike former Nantes youngster Jordan Veretout, he will need to make sure he picks the right team.

His current contract runs until 2020, it would take a big move to prize him away from Nantes, but as a valuable asset, they may be tempted with a bid over £15million. 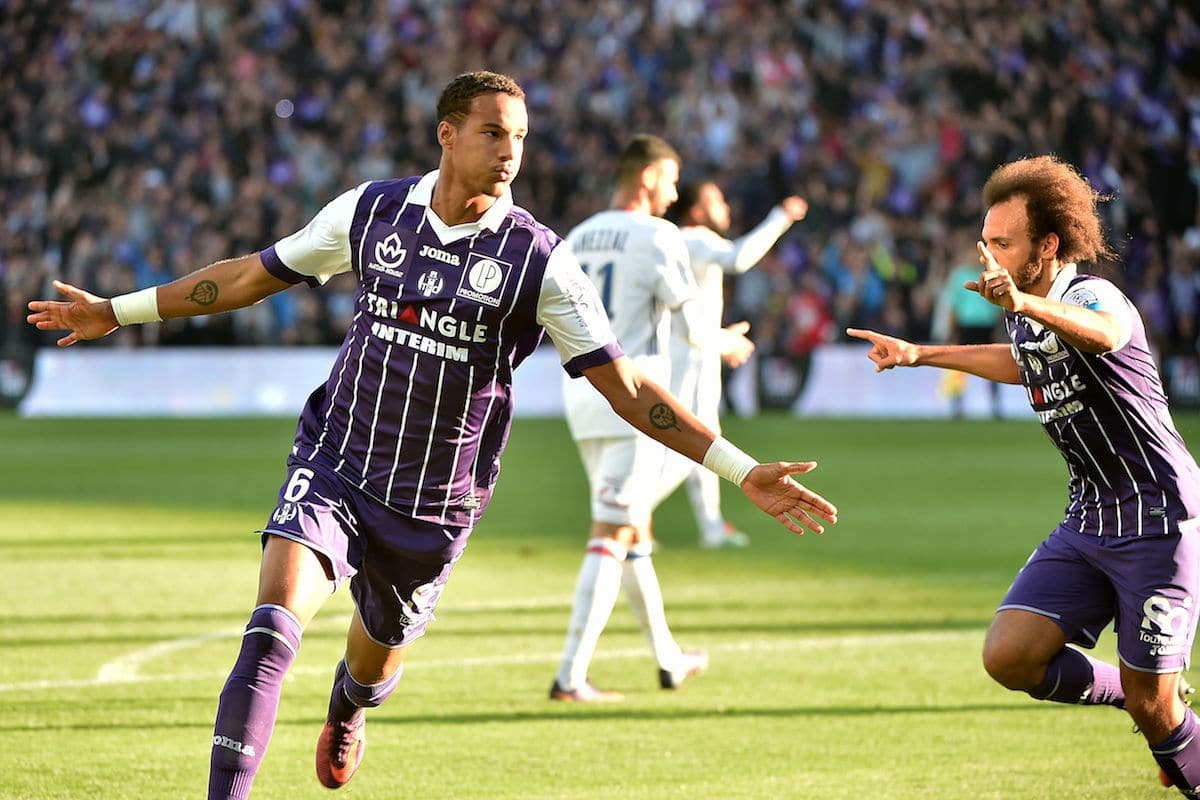 After signing from Freiburg for under £2.5million, Toulouse must have been delighted as to how Christopher Jullien settled in the return to his home country.

Jullien managed 38 games in all competitions, came second in terms of clearances made per game with 7.5 and only one defender could beat his average of 4.1 in aerial battles won. He even popped up with five goals to cement his threat at both sides of the pitch.

At the start of July he has rewarded for his efforts and the club extended his deal till 2021, more in the hope stay this summer, and guarantees the club a better pay out.

It was grim up north last season. Lille struggled for huge patches of the campaign. Their defensive record, something which they have built success upon, was poor, but in front of goal, there was a huge drought.

Little forward, Nicolas De Preville, was the one shining light last term. The 24-year-old scored 14 goals in 23 starts and was the only reason to watch games at the Stade Pierre Mauroy.

Even in January, when the club welcomed new owner, Gerard Lopez, and players like Anwar El Ghazi and Ricardo Khisna joined the squad, it was the former Stade de Reims striker who provided a goal threat, backed-up with his final day hat-trick against Nantes in front of the home crowd.

Playing off the last shoulder, he's alert, quick and deadly at breaking offside traps. Able to finish with both feet, he scored some stunning goals with his left foot.

Lille were short of cash last summer, so rather than pay Reims the £4million it would take to sign the forward, their sister club, KV Oostende in Belgium – owned by then shareholder Marc Coucke – stumped up the cash and De Preville was loaned to Les Dogues with an automatic option to buy.

However, the arrival of Marcelo Bielsa this summer has thrown the 24-year-old's future up in the air, with reports that the Argentine coach isn't keen on keeping him, preferring a big-name signing.

If Lille can land the man Bielsa wants, suggested to be Espanyol's Felipe Caicedo or Barça's Paco Alcácer, De Preville will be allowed to leave.

“I am a player of LOSC. I do not listen to the rumours, ” he said after the weekend's friendly draw with Oostende. Rennes are interested, but Premier League clubs could do much worse than target a forward who clearly knows where the goal is.