Mauricio Pochettino's side will play their games at Wembley next season as they prepare to move into a revamped White Hart Lane next door to their existing ground.

And Spurs gave their home of 118 years the perfect send off by breezing past United. Victor Wanyama headed the hosts in front from a short corner after six minutes before Harry Kane tucked home another set piece to double Spurs' lead.

Here's what we learned from the final game at White Hart Lane. 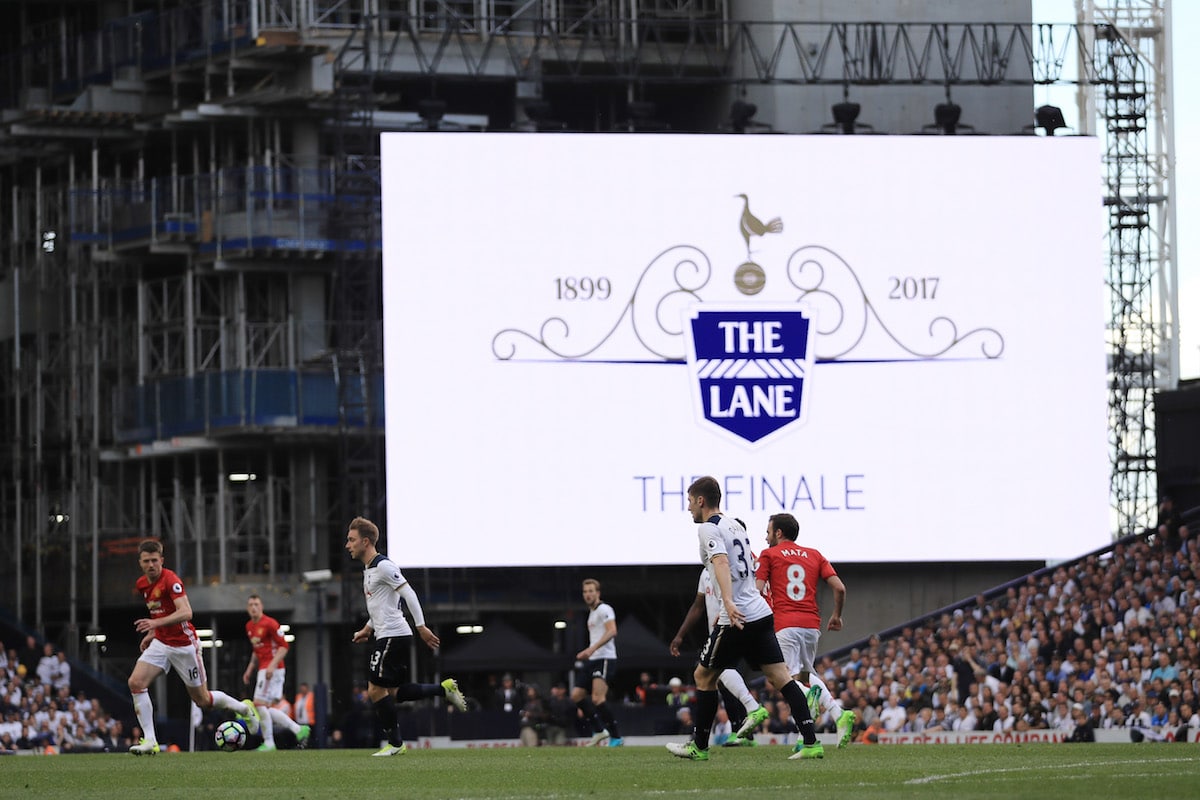 The Lane The Finale

Tottenham's final game at White Hart Lane in its current iteration was always going to be a highly-charged and emotional occasion. The decibel level was raised from the outset and Spurs did not disappoint on the field.

In an age of flat-pack stadiums where the four stands merge into one sweeping bowl White Hart Lane boasts character – and plenty of it. There atmosphere has been electric at times in the last two seasons and the tight, closed-in design only intensifies proceedings.

As Spurs know only too well from their trips to Wembley this season, it is not simply a case of leaving one ground and moving to another. And if their Champions League matches were not warning enough, Pochettino's side need only look at rivals West Ham United and their ongoing woes at the London Stadium.

Fittingly Spurs brought the curtain down on their time at White Hart Lane by going the season unbeaten at their soon-to-be former home for the first time in 52 years. 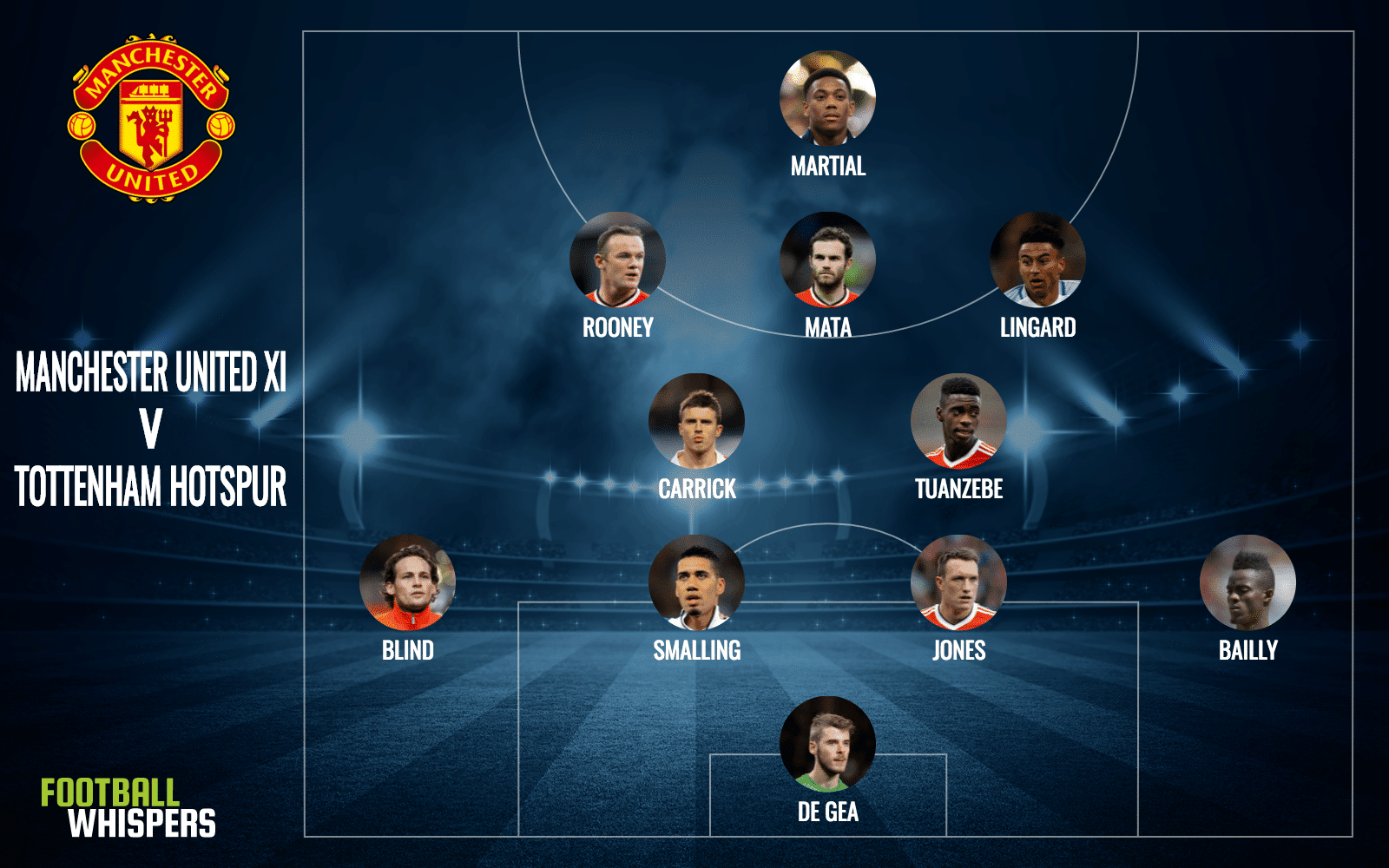 Priorities in order for United

When Manchester United travelled to Arsenal after the second leg of their Europa League semi-final at Celta Vigo Mourinho made it quite clear he would field a weakened team against the Gunners.

Arsenal duly ran out 2-0 winners at the Emirates Stadium with Arsène Wenger recording his first Premier League victory over Mourinho.

But the Portuguese was clearly not bothered by that defeat and rested numerous first-team regulars – even though United were at home to the Spanish side on Thursday evening.

That meant a second consecutive start for Axel Tuanzebe, this time in midfield, as one of eight changes. Meanwhile, 20-year-old left-sider Demetri Mitchell made the match-day squad for the first time.

The top four is beyond United and Mourinho is right to prioritise the Europa League final on the basis it is a Champions League entry route.

But the narrative he has created is false. This was not some kind of rag-tag team of plucky underdogs. Real Madrid transfer target David de Gea is United's first-choice keeper despite playing second-fiddle to Sergio Romero in Europa League. Meanwhile, Juan Mata, Jesse Lingard and Daley Blind have played key roles this season.

But that is the beauty of Mourinho. The former Chelsea has somehow cultivated a situation whereby United won't be scrutinised too heavily for their shortcomings this season. The same won't be accepted next season though.

Time up for Walker?

After returning to the side for last Friday's title-ending 1-0 defeat at West Ham, Kyle Walker was dropped for the visit of United.

The 26-year-old Manchester City transfer target has clearly fallen out of favour under Pochettino and his future looks to lie away from Spurs with Bayern Munich also linked with a summer move.

But is that such a loss? Spurs will earn north of £30million for a player who cost them less than a sixth of that in 2009. He has been a good servant and improved immeasurably since joining from Sheffield United along with Kyle Naughton.

But ecent evidence suggests Kieran Trippier could even be an upgrade on Walker. The former Burnley defender's delivery is second to none and he is less of a runaway train than his team-mate.

Walker is one of the more expendable members of the side and if his departure frees up the money for Daniel Levy to hold onto the likes of Kane, Dele Alli and Christian Eriksen then it would be good business to cash in this summer. 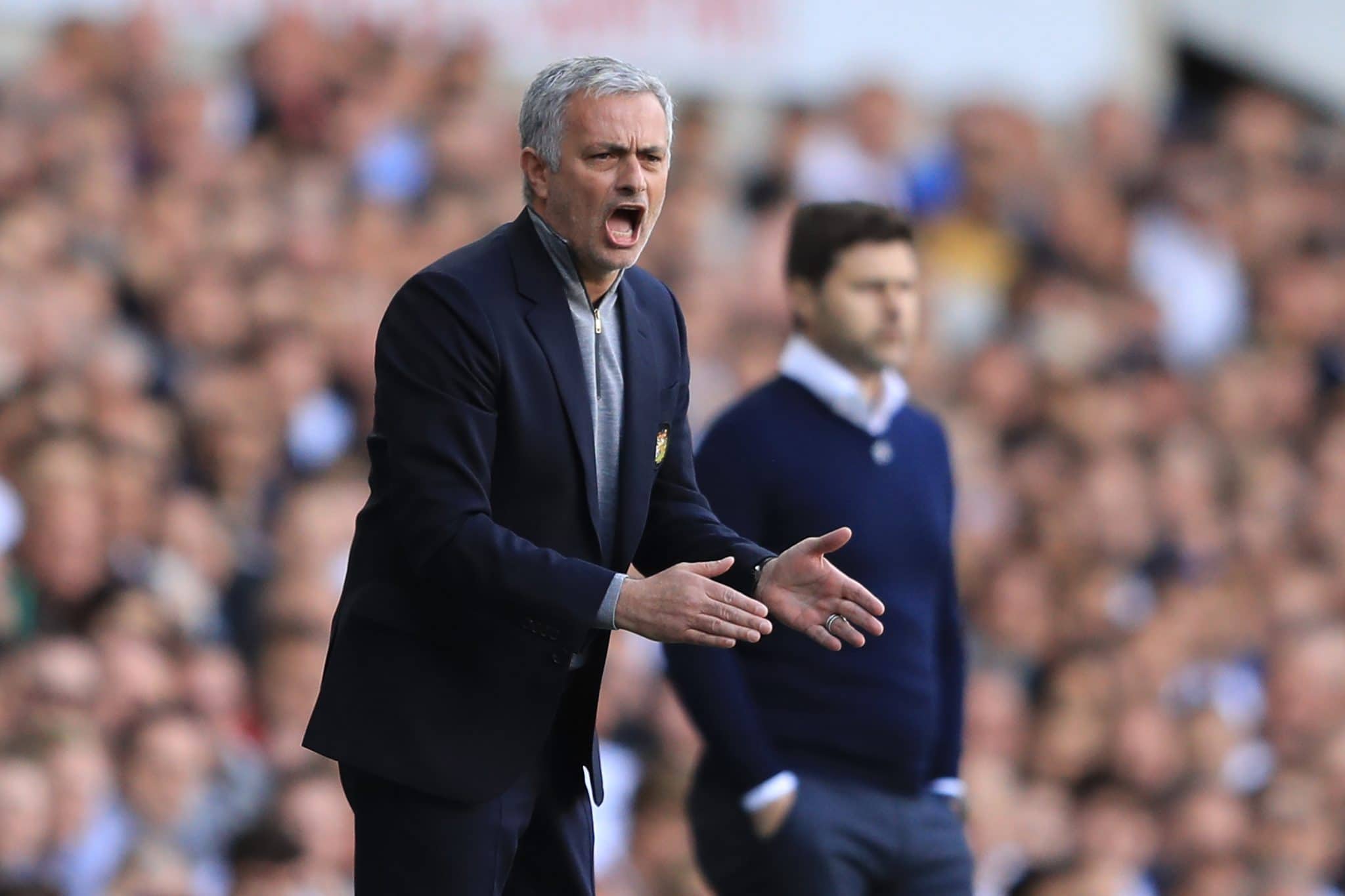 read more: should gareth bale be a man utd target?

In days gone by a clash against Spurs was a gimme for side of Manchester United's size. So much so that Sir Alex Ferguson – as per his autobiography – once poked his head around the changing room door and simply said: “Lads, it's Tottenham” by way of a team talk. United duly clinched all three points.

But Tottenham are an entirely different proposition nowadays and the power shift was underlined at White Hart Lane. Naturally, Spurs were up for it in their final fixture at their iconic home. But they would have beaten Mourinho's side regardless of the occasion.

United, were weakened. But that was their manager's choice. This side should have been intent on proving their worth and showing they had something to offer next season; that they weren't simply second-string players for a fixture their manager cared little for.

But they were insipid and offered next to nothing going forward. Mourinho's ‘Little Horse' ploy at Chelsea was one thing. The Blues do not have the same dominant history of success. But United will never be anything other than a stallion – even if Mourinho insists his side are more of a shire horse.

Rooney still not a midfielder

He might have scored United's consolation goal but this was yet more evidence Rooney's future does not lie in midfield. The 31-year-old announced last year he'd enjoyed the role from time to time and intended to move backwards when he could no longer handle the hustle of bustle of playing as a number nine.

However, the Everton transfer target is not cut out for the role either. Mourinho knows that too. But such is the United manager's complete lack of interest in the remaining Premier League fixtures he handed the club's all-time leading scorer a central midfield berth against one of the most mobile and dynamic midfields in the Premier League.

It was, therefore, no surprise to see Rooney drift through the game without stamping his authority on proceedings.

In days gone by the Manchester United skipper would have made his frustration clear by snapping into tackles or haring around like a madman. There wasn't even that fire in United's number ten.