Five years to the day that he took charge of his first Premier League game, Mauricio Pochettino was back where it all started for him in English football; Southampton.

It's been quite the journey since for the Argentine, now in charge of Tottenham Hotspur, a club he has transformed in the past three-and-a-half years.

But his Spurs side couldn't mark the anniversary with a win as Southampton claimed a much deserved 1-1 draw against the top four hopefuls at St Mary's.

In difficult conditions, Saints went in front just before the quarter hour mark when a cross into the penalty area was turned into his own net by Dávinson Sanchez.

But instead of taking control of the game, Tottenham allowed Southampton to regain the initiative and Mauricio Pellegrino's side were unfortunate not to claim all three points late on, although Kane did miss a chance to clinch victory for the visitors.

The draw does little to benefit either side, with the hosts still in the relegation zone and Tottenham losing ground in their chase for a place in the top four. But the game didn't lack incident or talking points, and here are the five things we learned.

Saints must spend before window closes

Given Southampton's struggles this season, especially in terms of goalscoring, it was expected the £75million the club received from Liverpool for Virgil van Dijk would be spent fairly quickly.

And yet, with just ten days until the window closes, the Saints have yet to enter the transfer market.

They've been linked with several players, including the likes of Theo Walcott, who has joined Everton, Spartak Moscow's Quincy Promes and Monaco's Guido Carrillo, but haven't been able to get a deal over the line.

After 24 games the Saints sit in the relegation zone. They haven't won now in their last eleven matches, a run that stretches back to November 26, taking just five points from a possible 33.

Marco Silva was sacked by Watford for a similar run, but are Southampton as bad as the results make out? On the basis of their display against Spurs, no.

Southampton proved they are capable of defending well and threatening when they go forward. However, they lack the talent required in the attacking third to truly harm sides when they get into dangerous positions – Sofiane Boufal and 17-year-old Michael Obafemi both missed presentable chances late on.

That lack of clinical finishing has to be rectified in the coming days. If Saints are able to land a regular goalscorer that can stay injury free, unlike Charlie Austin, then they are likely to move up the table quickly.

It has taken time for Serge Aurier to settle at Tottenham following his summer move from PSG but the right-back has looked increasingly confident in recent weeks and has ousted Kieran Trippier from the Spurs starting XI.

However, he endured a difficult first half at St Mary's and was exposed by the intelligent movement of Dusan Tadic and the energy of Ryan Bertrand, who has blossomed into one of the finest full-backs in the Premier League.

Admittedly not helped by Moussa Sissoko in front of him and Tottenham's high defensive line, Aurier was targeted by Southampton.

The home side were able to get behind the Ivory Coast international on multiple occasions and it was little surprise Saints' opening goal came from a cross into the penalty from Bertrand, although there was an element of fortune as Sanchez turned the ball into his own net.

Aurier did improve as the match progressed but an injury with 18 minutes to play ended his game earlier. 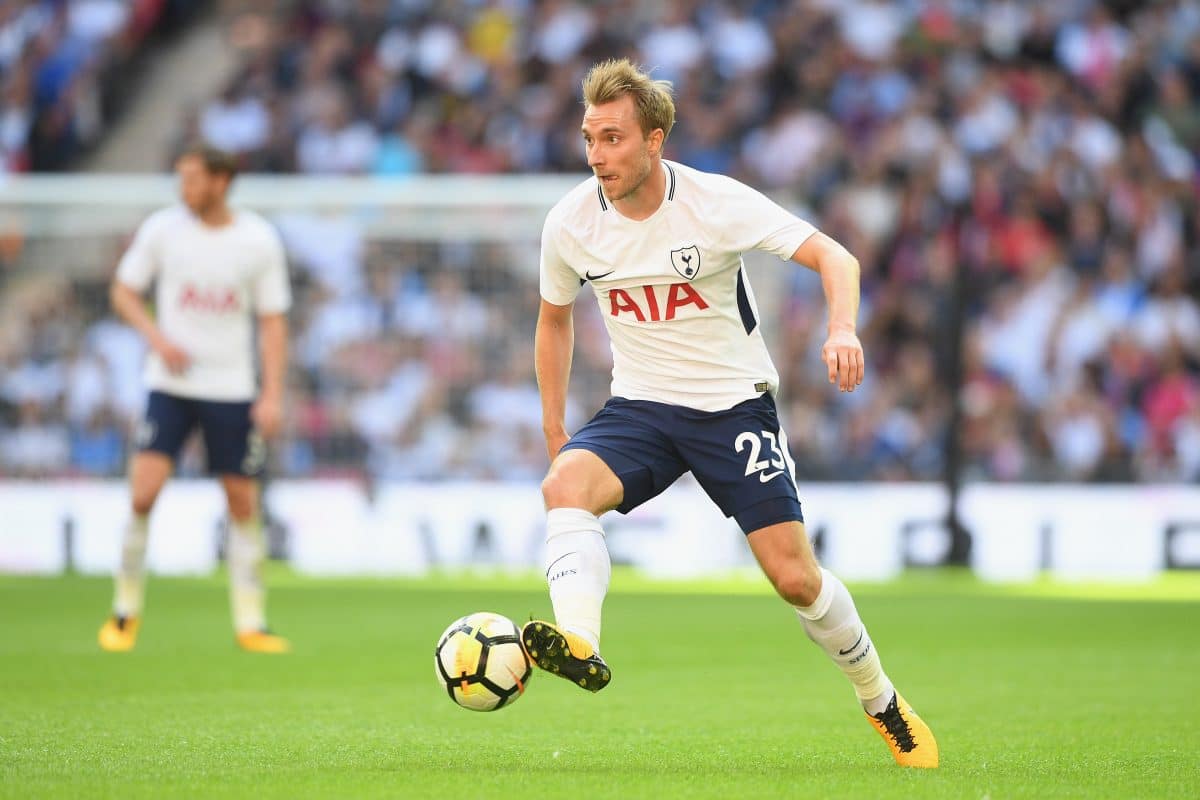 There are few in the Premier League as good as Christian Eriksen, yet the Dane remains arguably one of the most undervalued players in the English top flight.

Eriksen is contributing to a Tottenham goal every other game this season, while his key passes per 90 (2.4) are well ahead of Dele Alli (2) and Son Heung-Min (1.2).

Without him available, Pochettino turned to, somewhat surprisingly, Sissoko. The Frenchman has improved in a Tottenham shirt after a difficult first season but doesn't possess the same invention and composure as the Dane.

And so without Eriksen, many of Tottenham's attacks lacked structure. On far too many occasions Spurs were able to break into the Saints defensive third only for the wrong option to be chosen.

Kane, despite his goal, was largely starved of service. Son Heung-min was also on the periphery before being replaced by Erik Lamela with 20 minutes still to play at St Mary's.

Fortunately for Tottenham Eriksen's absence is unlikely to stretch beyond this match. However, it will be concerning for Spurs fans and Pochettino that without the 25-year-old, they struggled. Which brings us to…

Alli's frustrations got the better of him

There has been much debate about the form of Dele Alli this season. While the majority of Tottenham fans agree he isn't hitting the same heights of his first two campaigns, the numbers suggest he is as effective as ever.

The truth is probably somewhere in the middle. Alli isn't having a bad season, it's just the level he set during his first two years as a Premier League player was exceptional. It's why Real Madrid and Barcelona were linked with moves for the 21-year-old, after all.

But if there was one side he would've wanted to face in order to boost his confidence, Alli would've picked Southampton, a club he has scored five goals against.

But his performance at St Mary's was disappointing. He wasn't able to influence Tottenham attacks and his passing was poor – he completed just 75 percent of the 24 passes he attempted.

And as the game progressed, Alli seemingly became frustrated with his display, which only affected his decision making further. On several occasions he tried to beat a man or two instead of playing a sharp pass. Often he was crowded out and Spurs lost possession.

Impressive Ward-Prowse has won over Pellegrino

Earlier this season, James Ward-Prowse was struggling to nail down a place in the Southampton side. He was constantly in and out of the starting XI and was an unused substitute for three games straight between late September and early October.

Slowly, however, the England international has managed to win the trust of his manager and he has now started eight of the last ten Premier League games for the Saints.

And against Spurs he was impressive. From set-pieces, there are few, if any, better in the English top flight than the Southampton academy graduate and of his eight crosses, one free-kick in the first half should have lead to a Jack Stephens goal.

But it wasn't just his delivery that earned Ward-Prowse man-of-the-match. Without the ball he worked hard, regaining possession 11 times, making two tackles and covering 12.57km, more than any other player on the pitch.

That work-rate coupled with his technique makes the 23-year-old an excellent Premier League player. Now he has won Pellegrino over, the challenge for JPW is to affect games on a regular basis.