For the fourth time in five seasons Los Blancos are heading to the final. And this time it's at Bayern Munich's expense. The Germans were the better side in the second leg, they created countless chances and had 22 shots in total. But Zinedine Zidane's side dragged themselves over the line once again.

It keeps up Zidane's incredible record. He has yet to oversee a Champions League campaign at Real that hasn't resulted in the club reaching the final of Europe's premier club competition.

Is he the most tactically astute manager around? Certainly not. But his team has something special, a doggedness and determination to succeed.

Bayern will rue what might of been. A poor display in the first leg, and several missed opportunities in front of goal, ultimately proved their undoing. They were excellent in the Bernabeu and scored inside of five minutes; Joshua Kimmich firing home from close range.

Real responded through Karim Benzema's well placed header but the home side didn't control the contest despite having a 3-2 lead on aggregate. Instead they allowed Bayern to flood forward.

And yet, seconds after half time, the hosts were in front. Benzema able to tap into an empty net after Munich goalkeeper Sven Ulreich made a mess of a simple back pass from Corentin Tolisso.

Just confirming this actually happened and is not a FIFA '18 bug ? pic.twitter.com/nNsfSDZvm4

Bayern hit back via James Rodríguez, who is still technically a Real Madrid player, but they weren't able to find a winner. It was once again Real Madrid's night.

Roma or, more likely, Liverpool will be their opponents in the final. Either will have a chance, because this Real side concede too many. But it's with a Bayern defender that we begin the five things we learned from the contest.

Süle already one of Europe's best

It was early last month that head coach Jupp Heynckes lavished praise on the young centre-back.

“When I look at Niklas Süle, I think he's going to be a superb player, world class,” Heynckes said in an interview with kicker magazine after Bayern beat Augsburg 4-1 to wrap up their sixth successive Bundesliga title. “In a couple of years, he'll be the most sought-after central defender in Europe.”

It turns out Heynckes was wrong, but only in terms of his timing. Süle is already a world-class centre-back and proved that emphatically against Madrid.

The 22-year-old, brought in for the injured Jérôme Boateng, produced an assured and commanding performance against the most clinical attacker in Europe; Cristiano Ronaldo.

Yet with the ball he was just as effective. No Bayern player managed to complete as many of their attempted passes as Süle. Of the 60 he played, 95 per cent found their target.

And these weren't all just safe balls into the feet of unmarked midfielders, they were incisive and started flowing attacks.

The specialists make their mark

It wasn't too long ago that full-back was deemed a position of relative unimportance.

Yes, those deployed either side of their centre-backs had to keep their shape, hold the defensive line and attempt to nullify opposition wingers, but it was a position many felt a competent player could turn their hand to.

Yet in recent years the role of a full-back has evolved. They've become vital to how teams attack and press, so specialists are required. At the Bernabeu three of the best in Europe were on display; Real Madrid's Marcelo and Bayern duo Joshua Kimmich and David Alaba.

The former were involved the opening two goals of the evening; Kimmich on target for Bayern while Marcelo delivering the cross from which Benzema headed home.

And Marcelo's two key passes were a Real high, alongside his two accurate crosses, the latter of which should've been scored by Ronaldo.

With Dani Carvajal out injured and Nacho not yet fully fit having recovered from a hamstring injury, Zidane had to improvise with his right-back selection.

Many expected winger Lucas Vázquez, who has twice previously started in the position, to be used and that was the case. However, the Spain international was poor and his selection impacted Madrid's midfield.

Up against Franck Ribéry, and with Alaba offering a constant overlap, the 26-year-old was always going to be severely tested and that's why Zidane stationed Luka Modrić on the right side of a four-man midfield.

The Croatian's job was to protect Vázquez but he struggled to do so. His influence in the middle of the pitch was lost.

Mateo Kovačić started, somewhat surprisingly, ahead of Casemiro and alongside Toni Kroos. But the pair were overrun and couldn't contain Bayern's midfield three.

It meant the Germans constantly worked the ball into Madrid's defensive third and created several chances. And yet Zidane opted not to make a change until the 71st minute despite Bayern mounting pressure.

He introduced Casemiro into midfield and Real switched to a 4-3-3 shape. While Bayern were still able to exploit Vázquez it did give the home side a greater solidity in the middle of the pitch.

Time for Gareth to Bale

When the Welsh star left Tottenham Hotspur for Real in 2013, for a then world record fee of £85.3million, he was expected to support and then replace Ronaldo.

Almost five years on and that picture is very different. The Portuguese superstar shows no sign of slowing down despite now being 33 years old while Bale has become a fringe player under Zidane.

He isn't trusted by Los Blancos boss and that was evident by the fact he was named on the substitutes' bench against Bayern. With Isco, the man who has usurped Bale in the starting XI, out injured it was telling Zidane turned to Marco Asensio.

There have been injuries. Many in truth. But damningly Bale hasn't completed 90 minutes in a Champions League knockout since the final of 2016 against Atlético Madrid, in which he also completed extra time. 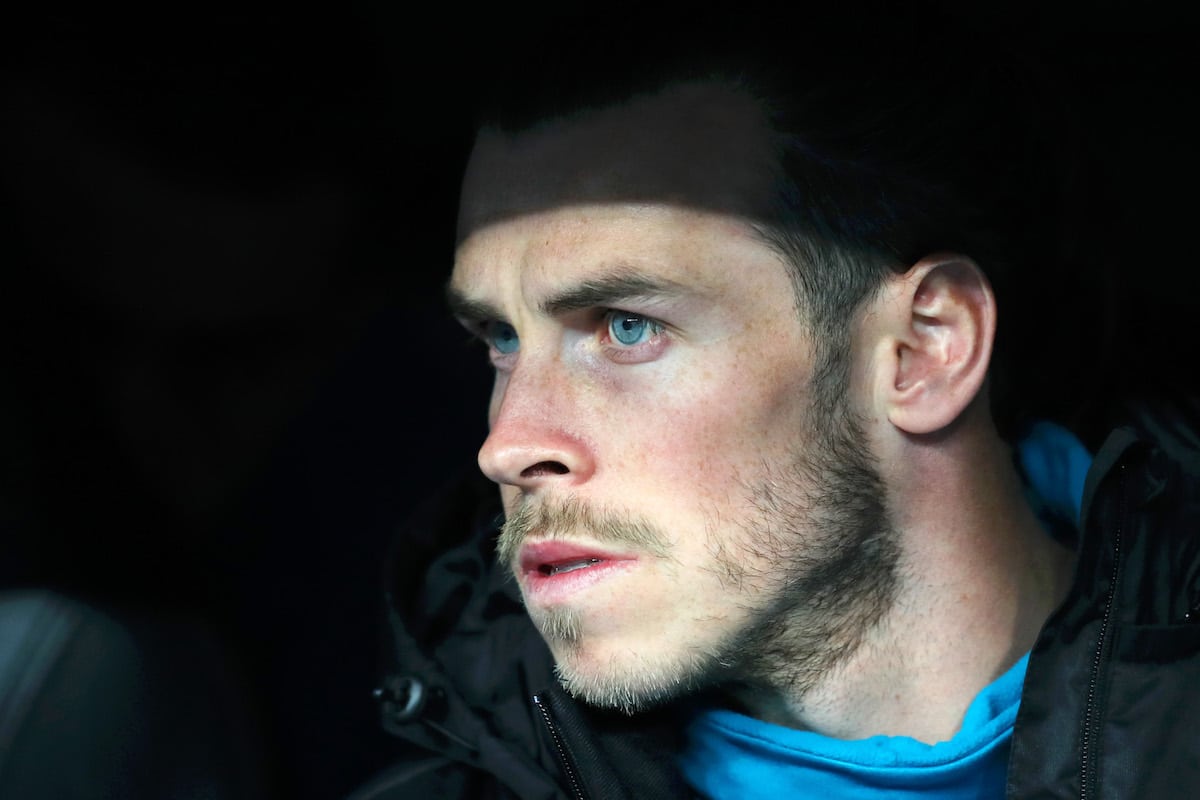 Now 28 years old Bale is meant to be in the prime of his career. Instead it's drifting. A move away this summer has been mooted on several occasions but reports have always stated Bale is happy in Madrid and is desperate to prove himself to Zidane.

But he can't afford another season on the fringes and that may mean, as tough as it may be for the Wales star to admit, his time at the Bernabéu is up.

There are few better strikers in world football than Lewandowski. He has netted 39 times this season and has struck 149 times in 192 appearances for Bayern since he joined from Borussia Dortmund in 2014.

However, several reports, from both Germany and Spain, claim the 29-year-old wants to leave the German giants this summer and move to Real.

A deal is unlikely, for several reasons. First and foremost is that Bayern are not a club who sell their best players. They cannot be strong-armed by Lewandowski, as he has a contract until 2021.

Secondly, the striker failed his audition. This tie was a chance for the Pole to prove to Real he was too good to ignore. He had to seduce Los Blancos.

After missing several chances at the Allianz Arena a week ago, Lewandowski needed a big performance. He failed once again. He was on the periphery of the game, attempting only 20 passes and completing just 65 per cent. And when when opportunities came his way, he wasn't able to test Kaylor Navas.

Meanwhile, the man he would replace, Benzema, impressed on the big stage. The French striker isn't as clinical or relentless in his pursuit of goals as the Bayern frontman but he is a facilitator for Ronaldo, which is why he often starts.

It's doubtful Lewandowski would enjoy playing second fiddle to the Portuguese, yet another reason why a move to the Spanish capital may not come to fruition this summer.