Celtic humiliated Rangers in their own back yard by winning 5-1 at Ibrox and securing a fifth win from six Old Firm clashes this season.

Scott Sinclair opened the scoring from the penalty spot after six minutes before Leigh Griffiths rifled home a stunning second after 18 minutes. In a repeat of last weekend's Scottish Cup semi-final Callum McGregor bagged the third before half time.

There was no let up in the second half and Dedryck Boyata nodded home a fourth with ease before Mikael Lustig slotted home a clinically-taken fifth at the death.

What did we learn as Celtic hit five against their old foes for the second time this season? 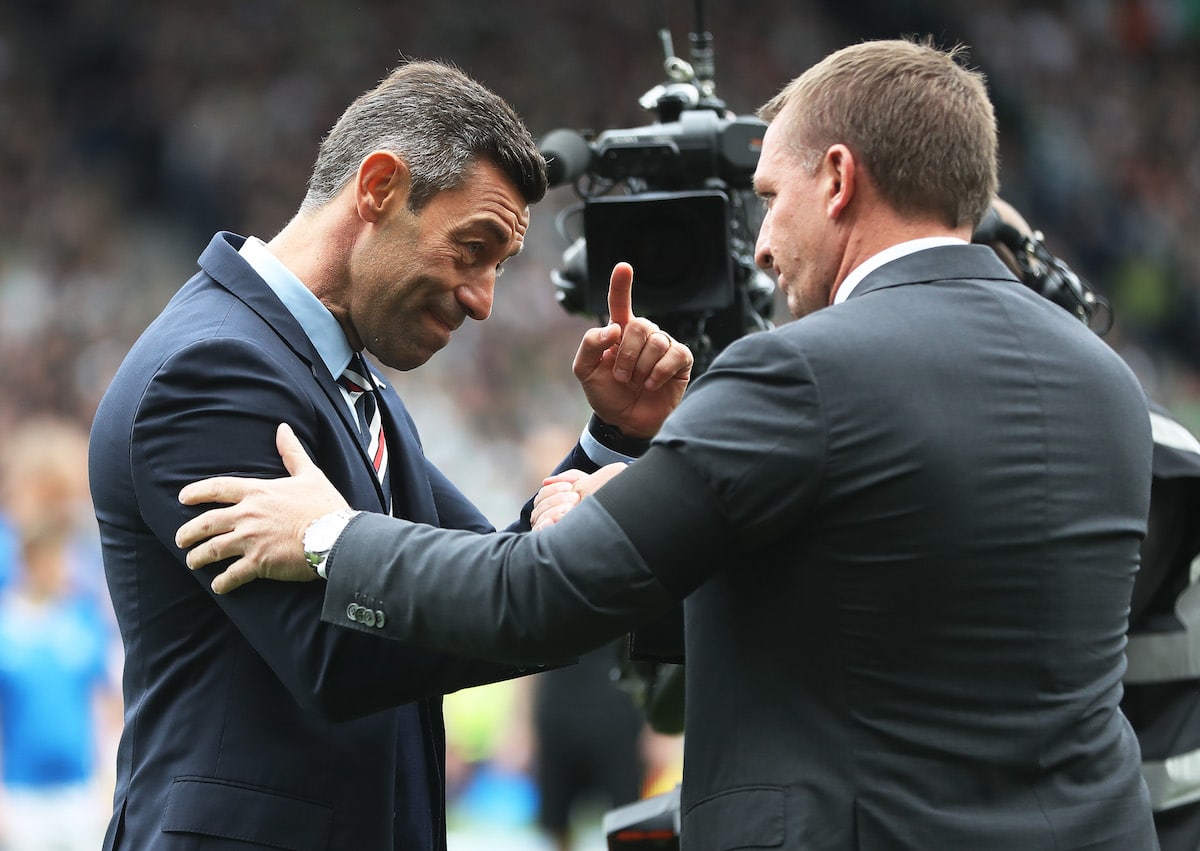 Before matches any hint of team news is gold dust. The opposing side, press and supporters are all trying to find out who will be playing, where and how.

The handing over of the teamsheet is a regulated and sacred tradition which takes place an hour before the game. For the next 60 minutes the two managers have the chance to tweak their plan to exploit their opponents.

It is not, therefore, the done thing to come out and explain in detail how your side will warm up before kick-off. But that is exactly what Rangers boss Pedro Caixinha did in a candid pre-match interview.

How much impact the Portuguese's words had on Brendan Rodgers we are unlikely to know. But you can bet that information found its way to the Celtic boss.

Whether it was mind games or naïvety we'll never know. But given the result it looks to be the latter.

No lack of passion or intent this time

There's not much those on either side of the Old Firm divide can agree on. However, pundits John Collins and Ally McCoist were reading from the same hymn-sheet on Saturday: last weekend's Scottish Cup semi-final had lacked passion and intent – the bare minimum ingredients for an Old Firm clash.

It was little surprise, therefore, that Saturday's game began at 100 miles an hour. Celtic immediately tore into the Rangers penalty area with McGregor and Sinclair both going close in the opening minutes.

The hosts replied with Josh Windass lashing just wide of the top corner. However, it all spilled over in the sixth minute when youngster Myles Beerman clattered Patrick Roberts in the box, conceding a penalty.

You have to wonder whether the 18-year-old would have thrown himself into the challenge had he not been so pumped up by the occasion. A lesson in keeping a lid on your emotions for the teenager.

Sinclair the man for the big occasion

There was a sense of déjà vu for Gers supporters when Sinclair fired a sixth-minute penalty past Wes Foderingham to give the visitors the lead. The former Manchester City and Chelsea forward had dispatched a penalty in last weekend's Scottish Cup semi-final win too.

Indeed, Sinclair has made a habit of scoring against Celtic's fierce rivals this term, helping himself to four in six Old Firm meetings in his first season in Scotland.

Long regarded in England as a flaky winger with a few tricks but little end product, Sinclair has raised his game to a new level under Rodgers who worked with the 27-year-old at Swansea City.

Operating to the left of Moussa Dembélé for much of the season, Sinclair was deployed in a front two with Griffiths at Ibrox as the 32-goal Frenchman was sidelined with injury. That would have been unimaginable before this season but Sinclair's confidence is flowing and both player and manager deserve credit for that transformation. 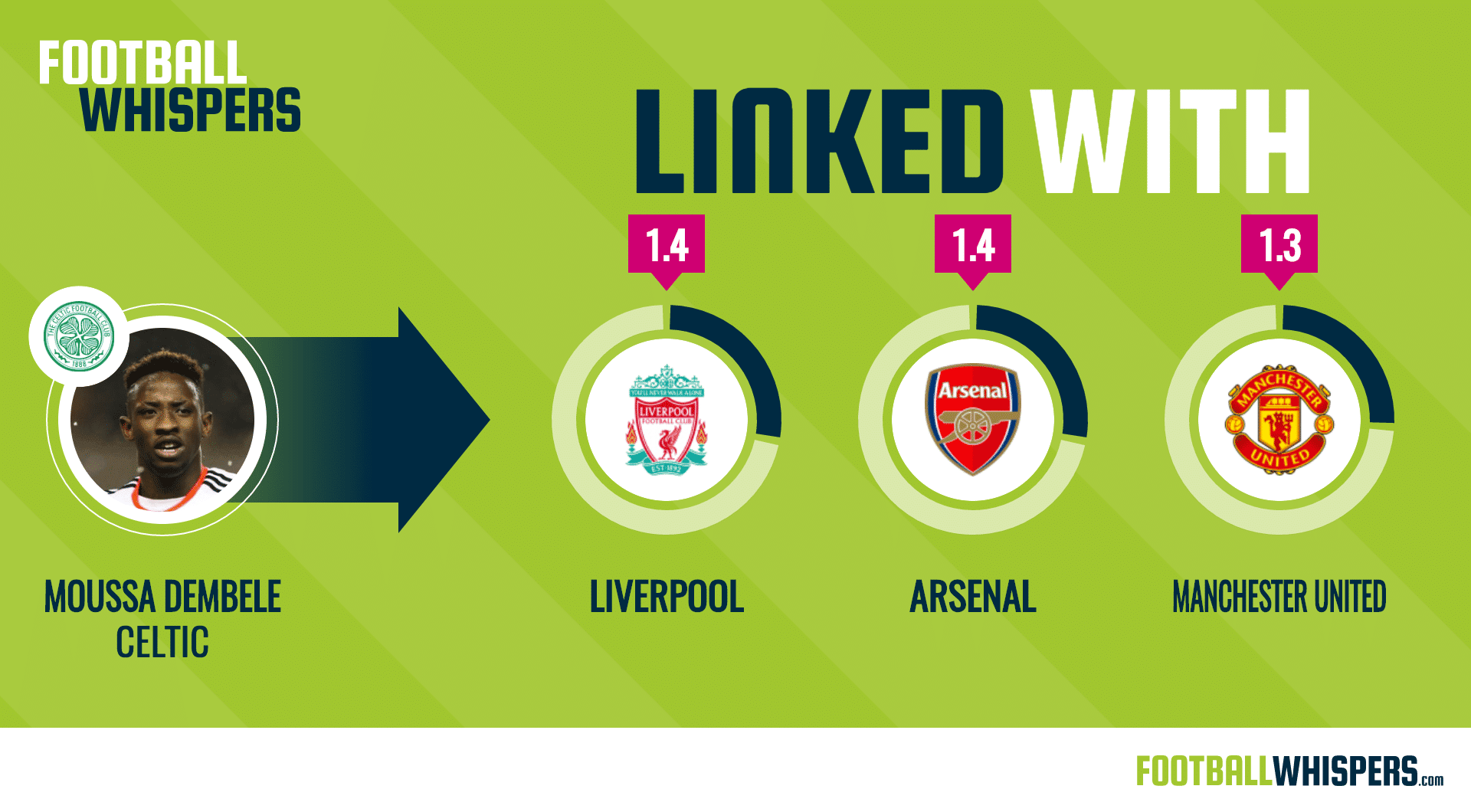 READ MORE: THE KEYS TO CELTIC PROGRESSING IN THE CHAMPIONS LEAGUE

No Dembélé no problem

A hamstring injury ruled Dembélé out at Ibrox – and potentially the Scottish Cup Final – but Celtic need not have worried. The absence of the French forward, who is reportedly a Tottenham Hotspur transfer target, handed Griffiths a chance up front.

The Scotland international has gone from being the main man at Parkhead, scoring 31 times in just 32 Scottish Premiership starts last season, to having to feed off Dembélé's scraps this term.

But the 26-year-old was handed his chance alongside Sinclair and responded in ideal fashion, powering a left-footed strike beyond the hapless Wes Foderingham to give Celtic a 2-0 lead after just 18 minutes.

That Celtic could call on a player who was the division's top scorer last term underlines the gulf in class between the two sides perfectly. Rangers, on the other hand, could meekly point to 37-year-old Miller as their biggest threat. 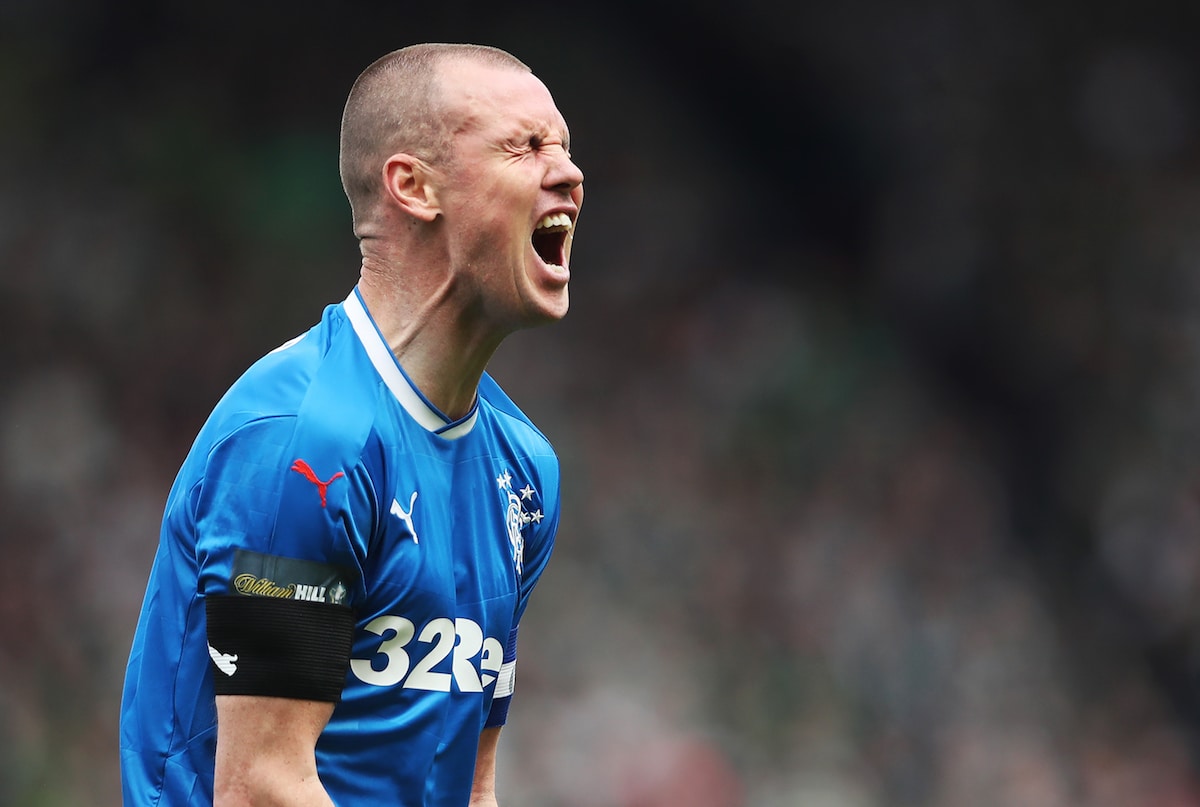 READ MORE: 5 TASKS FOR PEDRO CAIXINHA AT RANGERS THIS SUMMER

Big summer ahead at Ibrox

That Miller, who signed a new one-year contract this week, is Rangers' most reliable forward is a damning indictment of the depth of the squad left behind by Mark Warburton.

The same goes for the backline where 38-year-old Clint Hill has been one of few bright spots. This was a big game for teenage left-back Beerman but Danny Wilson, alongside Hill at centre-half, had no excuse.

Caixinha has been dealt a poor hand by his predecessor. The time he has been afforded to assess his squad before the end of the season will have been useful.

There can be no second chances for those who have failed to deliver. Rangers, despite their plight, are too big to accept what has happened this season and the former goalkeeper has a big job on his hands.