Two second-half Paul Pogba goals inspired Manchester United to come from behind to beat Manchester City 3-2 and delay their coronation for a fortnight at least.

United's No.6 dominated headlines before the game after City boss Pep Guardiola claimed he was offered Pogba and his former United team-mate Henrikh Mkhitaryan by renowned super agent Mino Raiola in January.

But it was Pogba who came back to haunt the Citizens with two goals in as many second-half minutes to cancel out earlier efforts from Vincent Kompany and İlkay Gündoğan.

At that point City were rampant and on course to clinch the title earlier than any side before them. But Pogba soon cancelled their advantage before Chris Smalling put José Mourinho's side in front to cancel the party.

But what did we learn from the game?

No post-match prose following a Manchester United game is complete without a hot-take on Pogba. It's become fashionable to knock the Red Devils' record signing. And with good reason.

And at half time Pogba's performance had mirrored his team's. For the umpteenth big occasion in succession the £89.1million Frenchman was nowhere to be seen.

At half time there was little reason to suggest City had missed out. Ten minutes into the second period, and separated by just 120 seconds, Pogba had scored twice to drag United level out of nothing. Suddenly he was the hero.

Pogba divides opinion. He is, depending on who you listen to, a complete waste of money; a fraud and little more than a non-league player with fancy Dan hair. Or he's one of the best midfielders on the planet and you just aren't sophisticated enough to understand him.

The truth lies somewhere between the two extreme ends of the spectrum. He is an outrageously talented player who does not demonstrate it often enough. More performances like the second half of today's encounter will change that.

In recent transfer windows Manchester United have tended to place an emphasis on the front half of the team. The world-record acquisition of Pogba was not done out of necessity. Nor was the deal to bring Alexis Sánchez to Old Trafford on an eye-watering £500,000 a week.

In fact, in the last two seasons the only defenders United have signed are Eric Bailly and Victor Lindelöf, and the latter has been underwhelming – at best – since his £40million arrival from Benfica last summer.

To that end, Smalling is still a mainstay of the Red Devils' backline. If United are to catch, or even close the gap on, Manchester City that cannot remain the case.

The England international's loss of concentration for City's first goal is excusable in isolation. But this is a recurring issue and, on the day, Kompany's thumping header changed the game – or so it seemed.

History won't remember it but, for the first 20 minutes, the visitors had been solid and kept Guardiola's side at bay. That all changed when Smalling took his eye off his man and Kompany got the run on him to score.

Bailly wasn't much better and, as a pair, they were wretched. Raheem Sterling's movement and pace caused the United centre-backs untold problems and were it not for profligacy in front of goal City would have racked up a cricket score by the break. 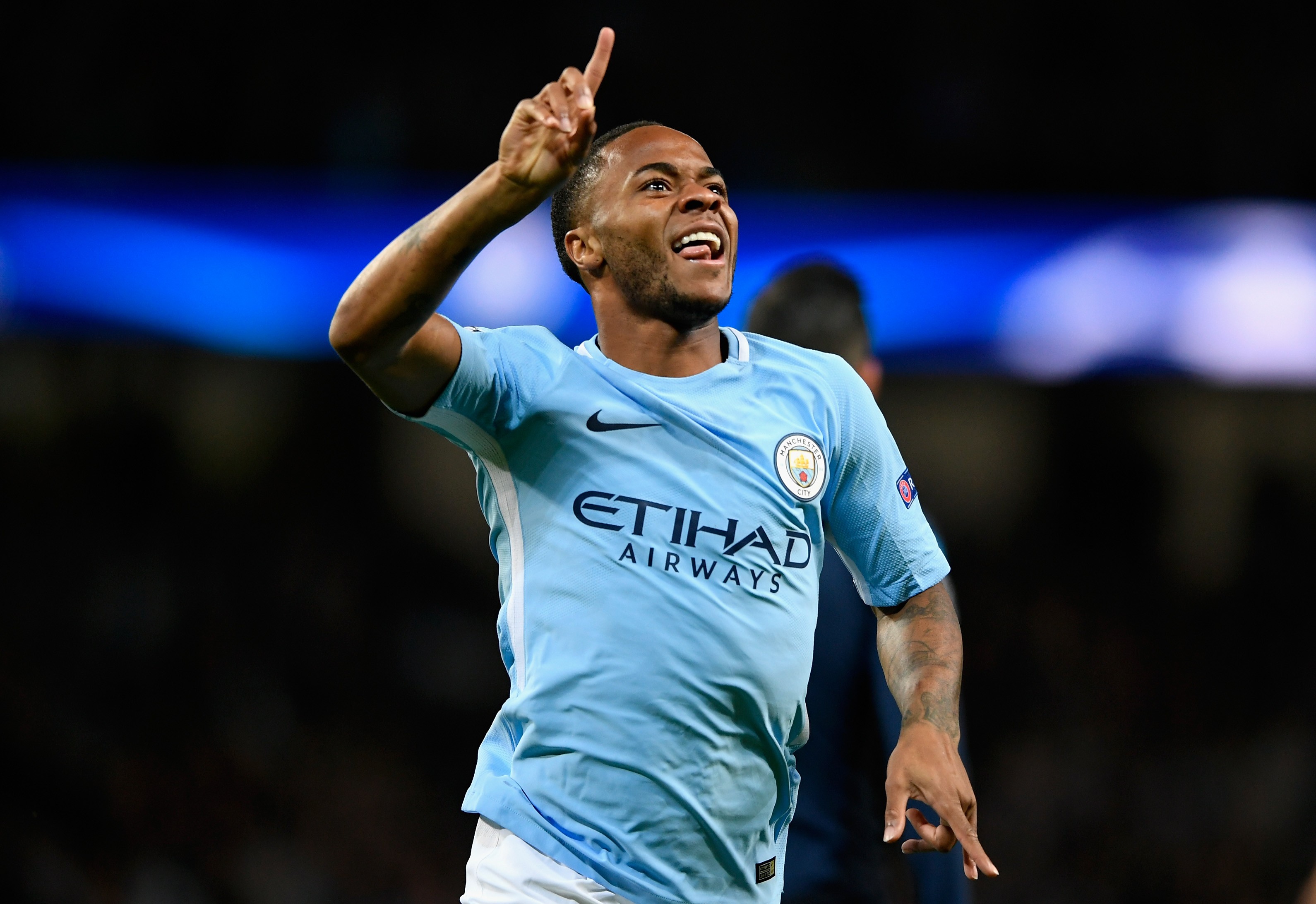 England boss Gareth Southgate appears to have settled on a 3-4-1-2 system with Sterling partnering Tottenham star Harry Kane up front. It's not the Manchester City man's natural position but it's one, on this evidence, he could grow into.

With Sergio Agüero deemed fit enough only for the bench following a knee injury, Guardiola dared not risk Gabriel Jesus with the Champions League quarter-final against Liverpool next midweek.

So he started Bernardo Silva as a false nine. But early on the Catalan switched it around, moving Sterling into the centre. United duly imploded and Sterling soon had the beating of Bailly and Smalling over and over again.

On three occasions he was found in space inside the box, thrice failing to beat David de Gea. This has been the former Liverpool attacker's best goalscoring season even but he is still not as good a finisher as his 21 goals in all competitions may suggest. If he can work on that, a frontline of Sterling and Kane should be feared.

It's been a tough season for Ander Herrera. The Spaniard did little wrong last season and his performance in the famous in over Chelsea at Old Trafford was rightly heralded as one of the individual displays of the season.

But the £40million capture of Nemanja Matić from Chelsea has rendered the former Bilbao man as good as obsolete this season with Scott McTominay‘s emergence not helping either.

However, a trip to the Etihad Stadium was the perfect opportunity to bring Herrera back into the fold. Countryman Juan Mata was deemed to lightweight for the gam and made way for Herrera who was given  license to do what he does best: agitate.

And Herrera, who has been subject of Milan transfer rumours this season, did just that winning seven tackles – more than anyone on the field – and making three interceptions for the Red Devils.

Credit where due for the Special One

It's easy to poke fun at Mourinho. The Portuguese sets himself up for it with his myopic viewpoints, constant sense of injustice and touchline antics. Plenty has been written and said about his time at Old Trafford and his standing in the modern game.

But he proved today he is still very much in touch with football in 2018. His team were battered after falling behind at the Etihad Stadium and were it not for generous finishing from Sterling they would have gone in at half time trailing by five – at least.

Whatever the former Chelsea boss said at half time worked. United, having had just one touch in City's penalty area in the first half, returned reinvigorated and set about their hosts with more intensity and purpose.

When they got the ball they showed more care and invention and City could do nothing about it. Where once it had been a light training exercise for the leaders, they were now being put through their paces by a masochistic drill sergeant.

In the grand scheme of things victory only delays the inevitable. But it will feel a lot more significant than that to Mourinho, who had only beaten Guardiola four times in 20 meetings before today.