Liverpool overcame a frustrating first-half to beat Middlesbrough 3-0 and qualify for next season’s Champions League.

The job was simple for Jürgen Klopp’s men: win and they would finish fourth. For a while it looked as though that was going to be difficult with Boro offering a firm resistance.

But Georginio Wijnaldum’s thumping strike on the cusp of half-time calmed the nerves and set the Reds on their way to victory.

Philippe Coutinho and Adam Lallana added goals in the second-half to make sure of a top-four finish, sending Boro back to the Championship with a whimper in the process.

If this does prove to be Daniel Sturridge’s Anfield swansong, the striker can go out holding his head up high. Luis Suárez’s former partner-in-crime produced a vintage performance last week against West Ham United to edge Liverpool closer to achieving their aim of Champions League qualification.

After his well-taken goal and general enterprise at the London Stadium, Klopp rewarded the injury-prone forward with his second start in a row – the first time that has happened since September.

The prevailing opinion is that Liverpool will sell Sturridge this summer and reinvest in at least one striker with a congested fixture schedule looming next season. 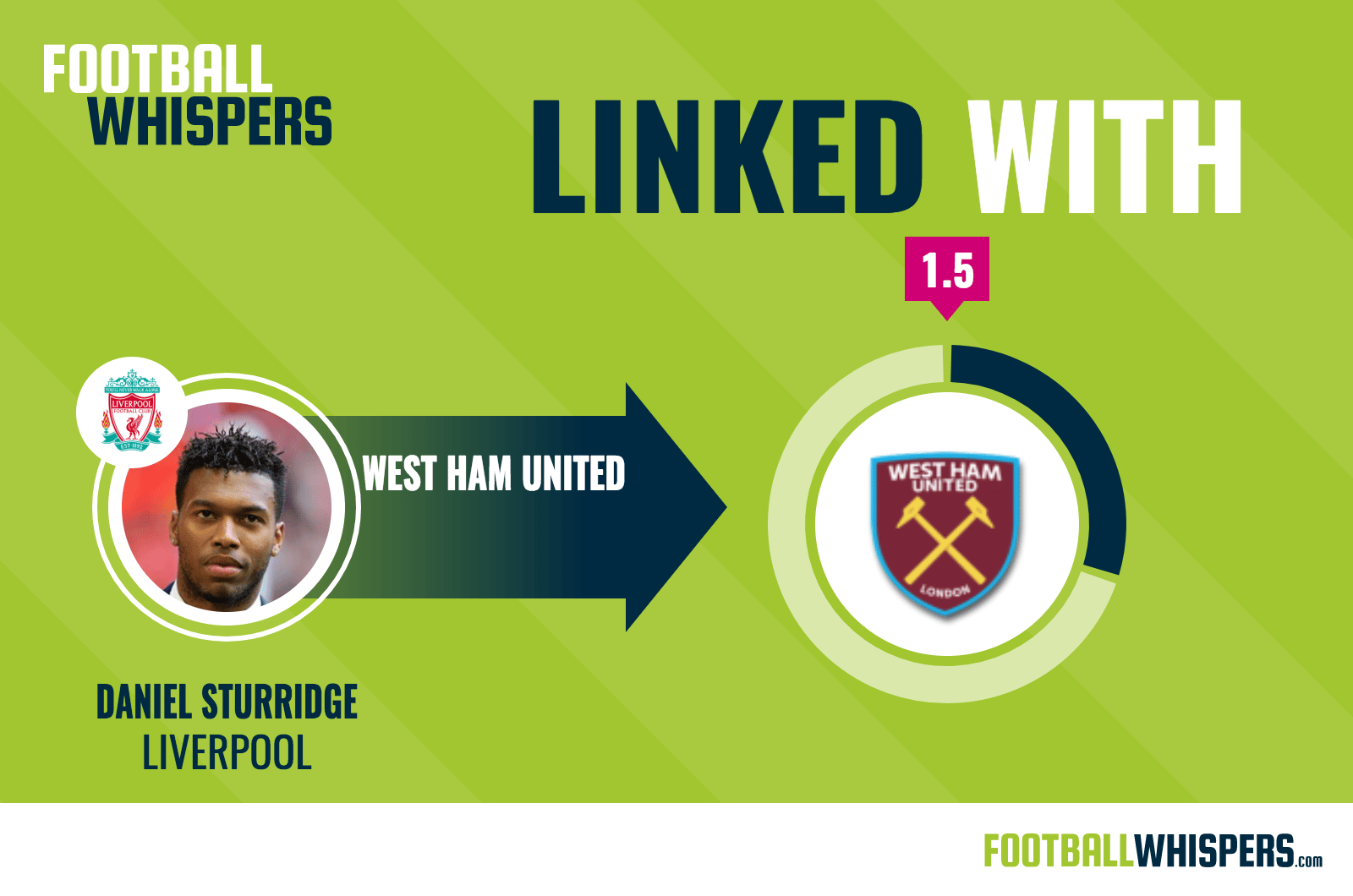 The question has never been about Sturridge’s quality – he possesses it in abundance. Instead, he has failed to persuade Klopp that he can fully overcome his fitness woes and the 27-year-old is unlikely to accept a bit-part role next season.

The Spaniard is reportedly heading for the exit door at the Riverside Stadium and, although his Premier League return has not panned out the way he intended, he was the only Boro player to reach double figures for goals.

Negredo has the experience, quality and cutting edge in front of goal that would have been invaluable in the .

The North East club will almost certainly dip into the market for attacking reinforcements,. But a lot of the pressure of goal-getting will fall on the shoulders of Rudy Gestede to banish the memories of Boro's paltry 27-goal return this season.

Give Liverpool space and they will punish you. Tighten up and get men behind the ball, though, and suddenly they are not-so devastating.

Before today, Liverpool had dropped 28 points against teams outside the top seven, including a recent home defeat to Crystal Palace and a 0-0 draw with Southampton.

Once again, the Reds didn’t enjoy trying to claw their way through Middlesbrough’s stubborn resistance. Clear-cut chances were few and far between and a lack of conviction coupled with the palpable tension inside Anfield only boosted Boro’s hopes blunted Liverpool’s attack.

That was until Wijnaldum continued his record of scoring exclusively at home, taking a cute Roberto Firmino pass in his stride as he bombed into the box, lifting an unstoppable shot into the roof of Guzan’s net to send the Kop into a frenzy with virtually the last kick of the half.

Wijnaldum’s finish was cultured. But it was the deliciously-deft pass around the corner from Firmino that set the Dutchman on his way. Spotting his teammate’s run, the Brazilian poked the ball perfectly into his path to carve open the defence and help Liverpool get the breakthrough.

Coutinho has delivered when Liverpool have needed him to on countless occasions this season, but it was Firmino’s similarly fondness of slicing defences open that proved decisive here.

The centre-half will return to Arsenal when his loan spell expires and Boro supporters will bid him farewell knowing he leaves a gaping hole at the heart of their defence.

With Brad Guzan on his way to MLS to join Atlanta United and top-scorer Negredo likely to be moving on, too, Chambers' exit further emphasises the need to replace key players throughout the side the summer.

Chambers has developed after getting a season of regular starting football under his belt. Early in Sunday's game against Liverpool, the 22-year-old impressively headed a cross clear with Sturridge lurking behind him.

The positioning, the perfect judgement of the ball’s flight and the awareness to head the ball in the right direction was a momentary snapshot of Chambers’ quality – something Boro will unquestionably miss next season. 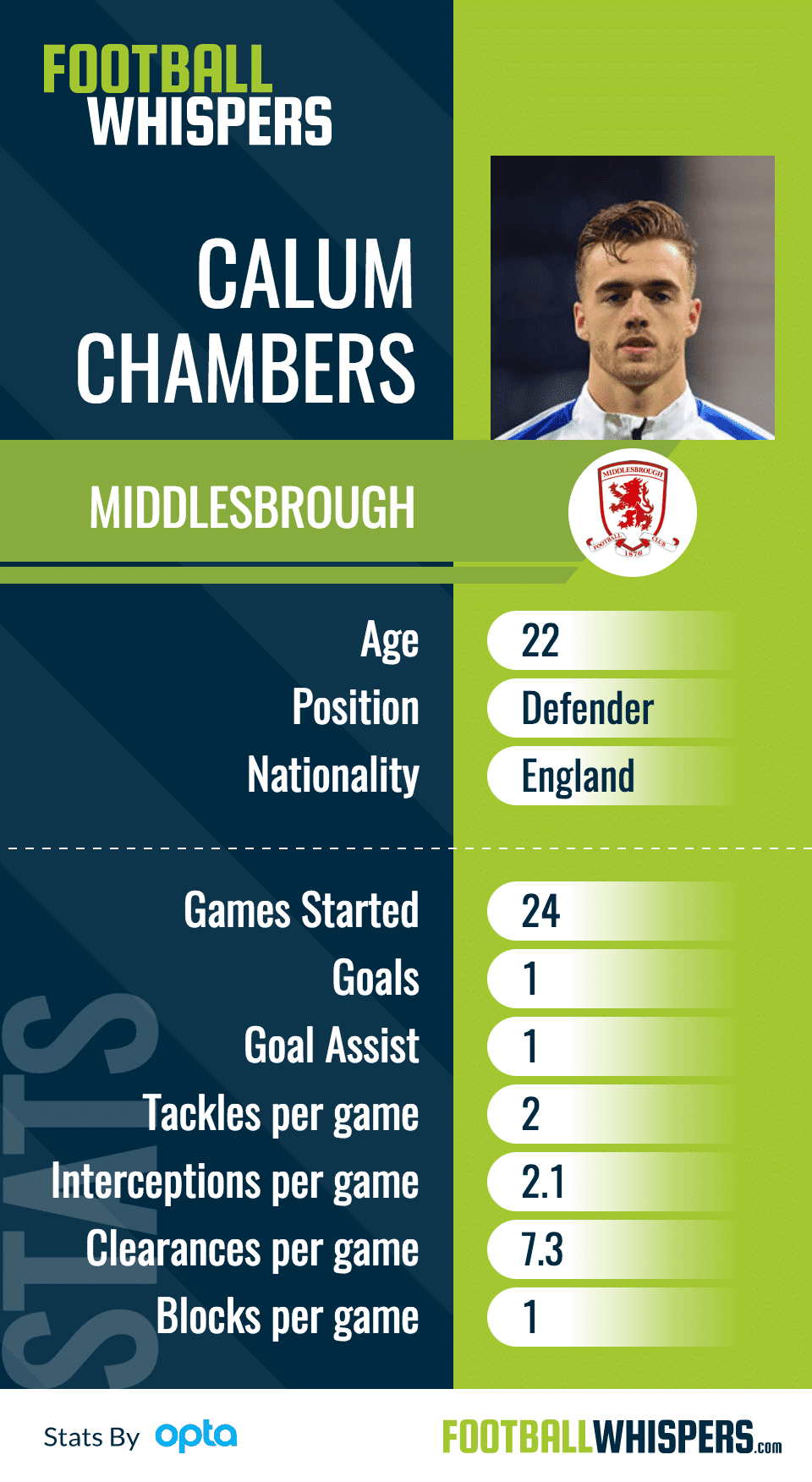 This is news to absolutely nobody: Coutinho is a blessed footballer. Wijnaldum’s goal was essential in calming the nerves before half-time but Coutinho’s whipped free-kick five minutes after the restart meant Reds fans could start renewing their passports for next season.

In Sadio Mané’s absence, Coutinho has duly stepped up to be Liverpool’s main man. His outstanding two-goal performance against West Ham kept the Liverpool train chugging along last week and it seemed only fitting that the gifted Brazilian score the goal to kill off Arsenal’s challenge.

Liverpool must ward off any interest in the 24-year-old as he will be central to any potential title bid and European campaign. Thirteen goals and seven assists tell you everything you need to know about how he influences the outcome of games time and time again.

Coutinho featured prominently throughout, completing all seven take-ons, making three ball recoveries and creating another chance on top of the goal he scored.

Now that Liverpool can offer the Champions League to potential new recruits, Coutinho will certainly relish a further injection of quality into the attacking line-up at Anfield.