Manchester City claimed the first trophy of the season as they comfortably beat Arsenal 3-0 at Wembley Stadium on Sunday.

Pep Guardiola had been disappointed to end their first campaign in England trophyless, but now they have sealed the first of a possible treble and look unstoppable once again.

Sergio Agüero opened the scoring in the first-half, out-muscling Shkodran Mustafi before lobbing over David Ospina.

The Gunners failed to improve in the second-half and the game was beyond them when Vincent Kompany turned in Ilkay Gundögan's shot.

The game and cup final victory was secured when David Silva added a third. It was an abysmal performance from Arsenal and questions their desire to finish in the top four this season.

Here are five things learned from Manchester City's 3-0 win over Arsenal at Wembley.

There’s a widely held opinion concerning Arsenal that states that they have a soft centre. That the spine of their team is not strong enough to compete at the very top level. There are years of evidence to support this view, but this was shown to be true like never before against Manchester City in the Carabao Cup final.

Mustafi got caught underneath the flight of the ball, appealing for a foul by the Argentinean striker when he should have been focusing on getting goal-side of the forward. It was a moment that summed up how easy it can be to get in behind the Gunners. One ball, and Man City through on goal.

Gary Neville has called Arsenal a disgrace more than ten times today, blamed their players for a child crying and then labeled them “Pathetic, absolutely pathetic”.

Maybe he should interview Wenger personally after the game, could be fun.

This wasn’t the first time German defender has done something like this. He has made a habit of charging in and getting caught underneath the ball, doing it against Spurs earlier in the month.

During the commentary on Sky Sports, Gary Neville labelled Arsenal's performance a ‘disgrace' and ‘pathetic' and it was hard to disagree.

Contrast this to the way Vincent Kompany played. There was a point towards the end of the first half when the Man City captain got caught out of position, much like Mustafi for the opening goal. But the Belgian showed the determination to chase down Pierre-Emerick Aubameyang and make the challenge, preventing the Arsenal striker from getting the shot away. 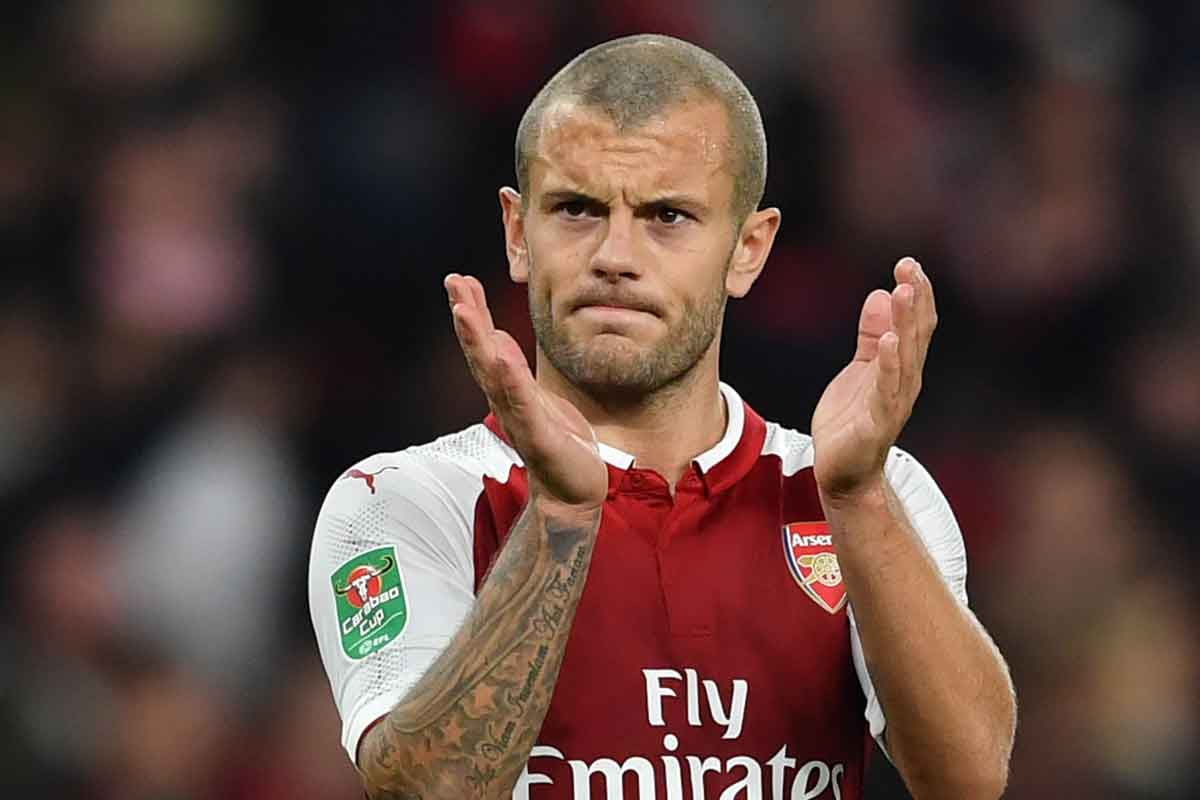 Pep Guardiola once claimed that he had “many Jack Wilsheres” in his reserves when he was at Barcelona, playing down the quality of the Arsenal midfielder.

Over time, the Catalan coach was proven right, but Wilshere showed his quality against Guardiola’s side in the Carabao Cup final. In fact, the England international was the only player who looked ready and willing to drive Arsenal forward.

The Gunners were lethargic throughout. Mesut Özil would have been anonymous were it not for his dismal set-piece deliveries. Aaron Ramsay started brightly, but quickly faded. Wilshere was the only one who managed to get in between the lines, driving at the opposition whenever they got the ball.

The problem with the 26-year-old is that he frequently doesn’t know when to play the ball, holding on to it for too long once too often.

And when he did make the right decision to make the pass, he was starved of options ahead of him. Wilshere has enjoyed something of a renaissance at Arsenal this season, but his performance against City exposed the issues elsewhere in the team.

It verged on comedy at times. Both goalkeepers suffered a difficult afternoon at Wembley, with and David Ospina contributing to shaky defensive displays.

His dodgy distribution caused Arsenal all sorts of problems, to the point where his defenders looked wary of playing the ball back to him.

This is the flip side of the zeitgeist concerning ball-playing goalkeepers in the modern game. Ederson is the prime example of how a keeper can become a key part of a football team as a whole, but both

Even the former Barcelona keeper, who finished the game with an assist and a winners medal, was at fault more than once.

The biggest blunder saw the Chilean come rushing off his line for a long ball over the top, colliding with Kyle Walker and presenting Aubameyang with a chance he should have done better with.

Neither side was at their best from a defensive point of view and much of that was down to the performances of their respective goalkeepers who suffered the same problems.

With just seven minutes of the second half played, Guardiola was forced into a change. Fernandinho, who might have been sent off for fouling Wilshere while on a yellow card, was eventually forced to leave the pitch through injury.

But this change came at just the right time for Manchester City. It turned out to be a catalyst for them.

Bernardo Silva was brought on in the place of the Brazilian and the Portuguese playmaker added the attacking drive the Cityzens needed to open up pockets of space in the Arsenal defence.

The former Monaco player has been something of a peripheral figure for Man City this season, but against Arsenal he showed his importance, even if it is from the bench.

It wasn’t necessary that the Portuguese midfielder as an individual made the difference, it was that his introduction changed the approach of the team around him. Silva epitomised the dimensions and options the league leaders had over their opponents.

Agüero is still the man for the big occasion

It’s not so long ago that there were questions over Agüero’s future at Manchester City. Guardiola seemingly wanted Alexis Sánchez to replace the Argentine, looking elsewhere for the striker to lead his attacking line. But with his opening goal in the final, the 29-year-old now has 30 goals for the season and 199 goals for his career at the club.

This wasn’t the finest display of Agüero’s abilities, but it showed just how valuable he is on the big occasion. He has made a habit of scoring against Arsenal, and in cup finals, but he did so while playing as something of a lone frontman.

This was a slightly different City approach, with Guardiola opting for a system that resembled a 4-2-3-1 rather than the 4-3-3 shape they have adopted for much of the season.

Of course, Agüero still had help from the likes of Leroy Sane and Gabriel Jesus when the Brazilian came off the bench. but the Argentinean was the standout in the attacking third. He got more shots off on goal and drilled more often than any other player, giving Guardiola’s side some real edge.