West Ham United overcame the odds to give David Moyes his first win as manager, 1-0 at home to Chelsea. A wonderfully worked Marko Arnautović goal in the sixth minute was enough to pick up all three points against the champions.

Antonio Conte’s men went into the game having lost just one of their last 12 matches and a win would have taken them up to joint second in the table. Now victory for Manchester City in the derby will see them open up a 14-point lead over Chelsea, and any chance of Conte retaining his title would look like a long shot.

The Hammers hadn’t kept a clean sheet in the league since September but held firm to stretch their lead over bottom-of-the-table Swansea City to four points. It wasn’t pretty but points on the board are what matter right now and Moyes has got his first three on the board.

The City manager’s decision to axe Joe Hart last season resulted in a lot of negative media attention, especially when Guardiola’s man, Claudio Bravo, failed to live up to expectations.

Hart’s loan move to the London Stadium was supposed to be a chance for him to prove his critics, as well as his former manager, wrong. An impressive season for the Hammers would’ve guaranteed he went to Russia as Gareth Southgate’s No.1.

As the 2017/18 season progressed it slowly began to dawn on people that maybe the City manager wasn’t premature with his decision to loan the England international out. Hart wasn’t harshly treated and he wasn’t removed purely because he couldn’t act like an outfield player with the ball at his feet.

Under scrutiny it became apparent that the 30-year-old wasn’t the goalkeeper many thought he was. And when new West Ham boss Moyes dropped him from the lineup there wasn’t such an outcry from the media.

His performances simply didn’t warrant a start and Adrían, who stepped in to replace Hart, made two smart stops in the first half to thwart Chelsea. They weren’t spectacular saves but they were low to his left. Routine for most shot-stoppers but a save Hart struggles to make on a regular basis.

Who would have ever have guessed a manager of Guardiola's class would know what he was talking about?

A key part of Conte’s Chelsea system last season were his wing-backs. Victor Moses was transformed from a winger into a wing-back and simultaneously became a key part of the title-winning side. His ability to isolate a member of the opposition before beating them with pace or trickery meant he was an attacking weapon and invaluable against teams who looked to sit deep and soak up the pressure.

He started on the bench today with Conte opting to use Davide Zappacosta as his right wing-back. The Italian, who played 64 minutes, failed to really add anything to the Chelsea attack. He was dispossessed four times and only had one touch inside the West Ham penalty area and failed to get behind the resilient home side’s defence down the channels.

Moses came on after 55 minutes and had more touches inside the opposition’s penalty area than his Italian counterpart as well as completing more dribbles (four to three). Chelsea looked more of a threat when the 26-year-old was patrolling the right side of the pitch.

Right from the off the home side looked to be playing with a purpose. They didn’t look like a team who were winless in six matches heading into a match with the champions. Credit should go to Moyes who clearly had a plan.

Against a slow Chelsea backline, in central areas at least, he deployed Michail Antonio and match-winner Arnautović. To go along with their power and positivity the former Everton man added Liverpool transfer target Manuel Lanzini to his midfield three to act as a box-to-box playmaker of sorts. His guile and vision was needed for West Ham to make full use of the pace the two forwards brought to the team.

Moyes then opted to use Arthur Masuaku as a left wing-back knowing his dribbling ability would help relieve pressure on his side whenever Chelsea looked to pin the home team back. It worked to perfection.

Conte’s men are usually rock solid defensively but at times looked to be on the ropes against the Hammers. They didn’t cope well against the aggressive approach of the West Ham attackers.

Before Sean Dyche and Burnley it was Moyes and Everton.

It's easy to forget that what Moyes did on Merseyside. He took a club with a small budget and turned them into a team competing for European football most seasons. His team didn't play attractive football but he assembled a squad capable of sustaining their performances for an entire season.

His teams were always built on solid foundations and over recent matches it's become evident he's already having an impact on West Ham.

Their last two matches, against runaway leaders City and reigning champions Chelsea, have seen his side concede just the two goals. The defensive lines are evident and the team are organised and disciplined. If they stop shipping goals, they're currently averaging two goals against per game, then they'll start putting more points on the board.

Álvaro Morata off the boil 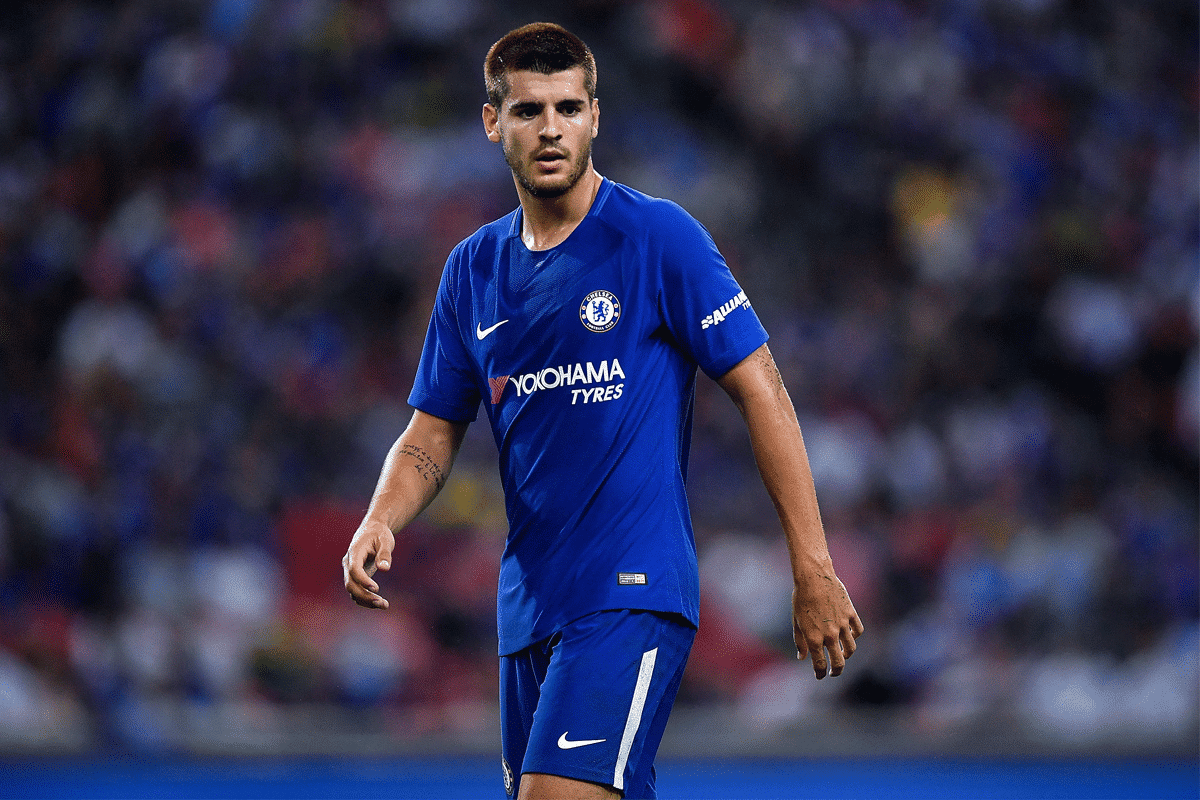 The Chelsea forward finished the game goalless, again. He's scored just three goals in his last 991 minutes of action. Now, attackers aren't judged primarily on goals these days so what might be a concern for Chelsea is the former Real Madrid man’s overall play.

Earlier on in the season he was a force of nature. His hold-up play was a strength, his off-the-ball movement caught the eye and the way he brought team-mates into the game created chances on a regular basis. Yet in recent weeks he's looked to be on the peripheral of everything.

Against West Ham no player lost the ball more than the Chelsea No.9 (8) and he only attempted three passes within 20-yards of the home side's goal.

If Chelsea are to finish in the top four they need Morata to rediscover his scoring touch and start bullying the opposition once again.