Liverpool took a huge step towards Champions League qualification with a 4-0 thrashing of West Ham United at the London Stadium.

Philippe Coutinho scored twice with Daniel Sturridge and Divock Origi putting gloss on the scoreline as Jürgen Klopp’s side responded to Manchester City and Arsenal’s wins on Saturday.

Victory next week against Middlesbrough will make sure of the Reds' return to the Champions League. 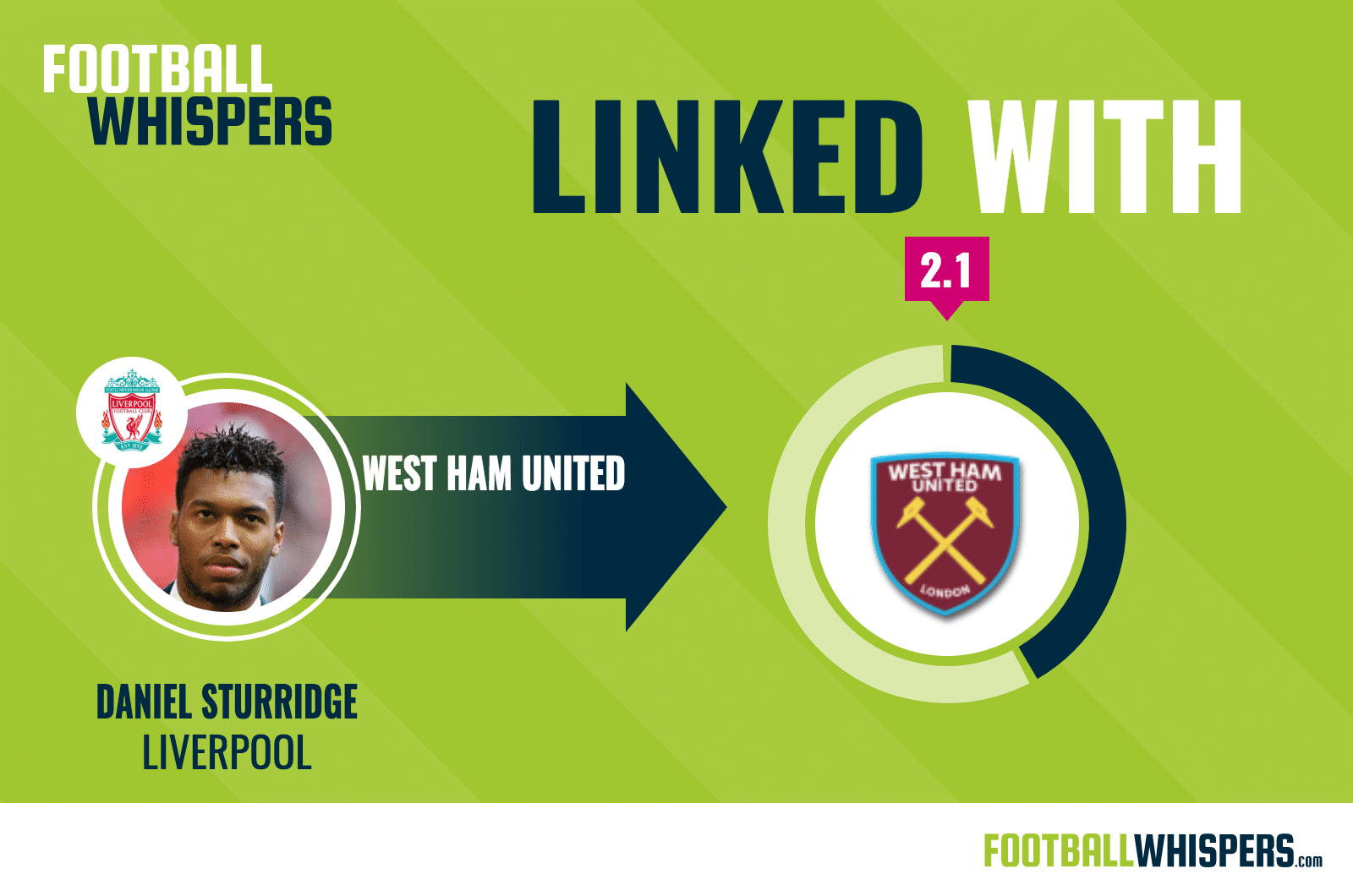 There has never been any doubt over Sturridge’s ability as a finisher. He’s always been a fine striker. The bone of contention instead lay with the perception that he wasn’t a typical ‘Klopp player.’ As a result, he’s been forced to play a bit-part role this season when fit.

It’s been immensely frustrating for him, which is why he deserves all the credit coming his way for his performance against West Ham. Sturridge scored the opener, latching on to Coutinho’s defence-splitting pass before rounding Adrían to put Liverpool ahead in stylish fashion.

However, Sturridge’s contributions extended beyond merely scoring the opener. He was constantly available in space, was a willing runner beyond West Ham’s defence and played a big part in creating the fourth, beating Aaron Cresswell before crossing, the ball eventually finding its way to Origi who converted.

It remains highly likely that Sturridge will leave Liverpool this summer and West Ham United have been linked with a move. But with this encouraging and purposeful performance under his belt, he has proven to potential suitors that he can still impact a game at this level when he’s fit. He is exactly the potent attacking threat West Ham sorely lacked today. 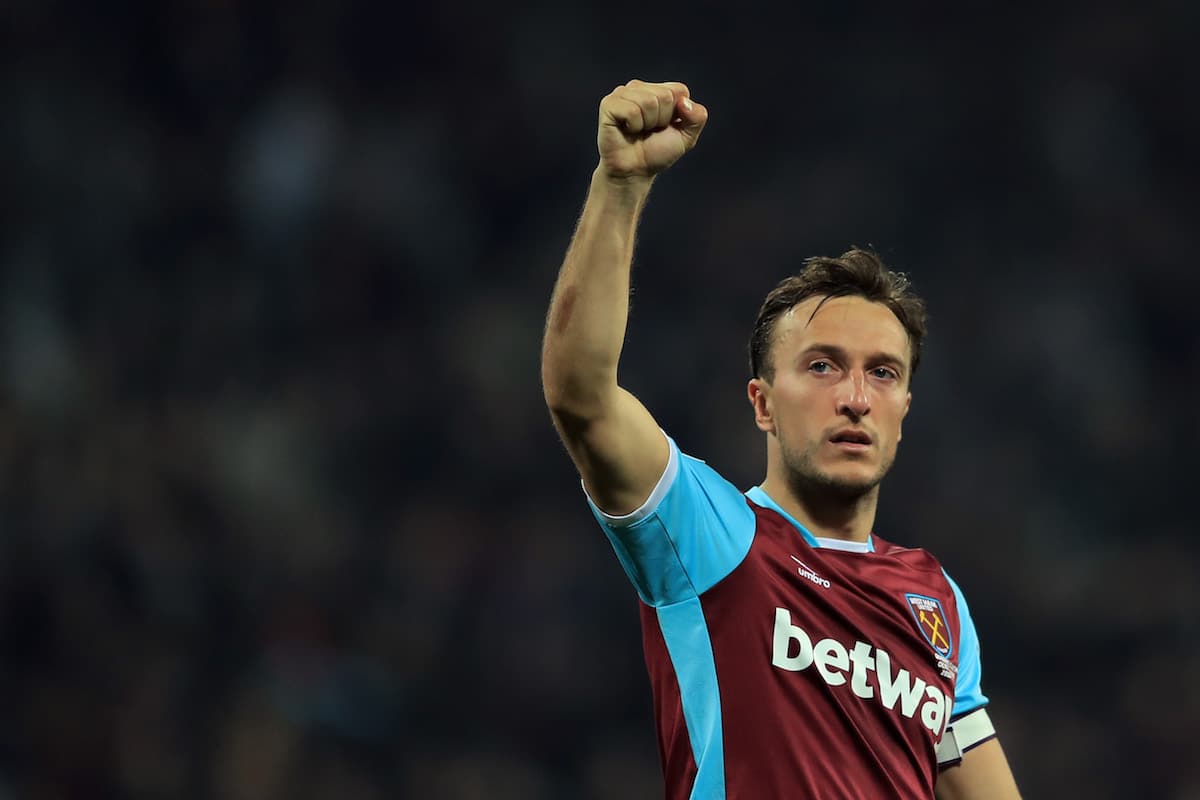 It’s no coincidence that West Ham have now failed to win the last 14 Premier League games in which Mark Noble hasn’t started. The injured midfielder was sorely missed against Liverpool, a week after his outstanding performance helped the Hammers end Tottenham Hotspur’s title hopes.

The captain covered more ground than any other player that night and his engine and range of passing could not be replaced by Edimilson Fernandes and Håvard Nordtveit, highlighting a lack of depth.

Cheikhou Kouyate’s absence did not help matters either as Emre Can and Georginio Wijnaldum duly dictated play in the middle with minimal fuss.

With that in mind, Slaven Bilić should look to bolster his midfield in the summer with an effective ball-winner who possesses an eye for a pass and attacking edge. The gulf between Liverpool and West Ham’s men in the middle on Sunday underlined as much.

?| Emre Can wins Goal of the Season at the #LFCPlayersAwards

Coutinho and Sturridge will win most the plaudits but Emre Can was a steady influence in the middle for Liverpool – consolidating his solid end to the season.

Can’s consistency over the last couple of months has thrust Jordan Henderson dangerously towards the ‘forgotten man’ category at Liverpool, a testament to how the former Bayer Leverkusen man has conducted himself.

The 23-year-old completed 89 per cent of his passes against West Ham, made five ball recoveries and won four out of five tackles in a commanding performance that boasted the authority the Hammers were missing with their midfield pair.

Can has taken criticism during his Liverpool career but he’s been thoroughly impressive recently and, should he continue in a similar vein, he will be a crucial player for a long time to come under Klopp.

West Ham must stick with Carroll

Klopp must have breathed a huge sigh of relief when he heard Andy Carroll was ruled out of Sunday’s game. The 28-year-old’s latest injury is a groin strain and, although it’s disconcerting for supporters that he can’t seem to fully shake his ailments, Bilić was right to say the club will not give up on him.

Carroll has again proven this season that, when he’s fit, he is a deadly weapon, scoring seven goals, adding one assist and finishing as man of the match on four occasions.

Without Carroll’s presence spearheading the attack, West Ham looked toothless and void of direction against Liverpool. Even when he’s not scoring, the former Newcastle United forward provides an essential focal point and can be relied on to win aerial duels up front and bring his teammates into play.

It’s difficult keeping patience with Carroll but the Hammers should give him one more season at least – he’s done enough while fit this year to earn more time. 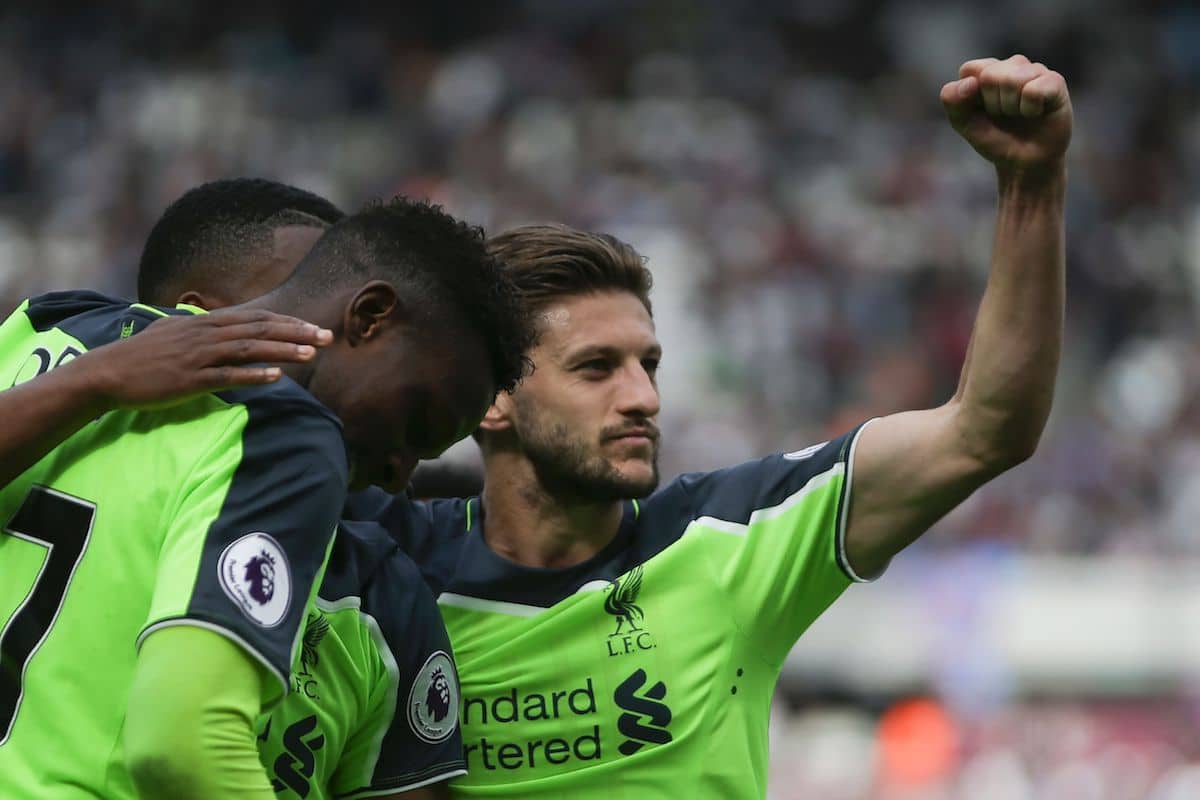 It’s been a strange race for the top-four with shock results, slips and stumbles at every turn.

Liverpool have been as guilty as Manchester United, Manchester City and Arsenal at times in throwing away great opportunities to gain a foothold in the race. But they’ve been professional in getting the job done over the last two weeks.

After the shock home defeat to Crystal Palace, Klopp’s men ground out a 1-0 win at Watford thanks to Can's wonder strike, were frustrated at home by Southampton and responded brilliantly in sweeping West Ham aside to ensure their place in next season’s Champions League.

Klopp will thank his defence as much as his goalscorers, too. Four clean sheets in their last five games is an impressive return – particularly given they only kept three in their previous 17 stretching back to January.

Indeed, Joel Matip and Dejan Lovren were solid in shutting the Hammers out on Sunday but Simon Mignolet – the oft-maligned Belgian stopper – deserves plenty of credit, too, with another assured performance between the sticks.

With Champions League fixtures meaning a congested fixture list next season, Klopp will be forced to add depth to his squad. But Liverpool certainly have a rapidly improving base at the back with which to operate.