Newcastle United are now winless in seven matches and very much in a relegation battle after Leicester City left St James' Park with all three points in a five-goal thriller.

The Magpies went ahead inside four minutes after summer signing Joselu calmly stroked the ball home after good work by his strike partner Dwight Gayle. They couldn't see out the first half and Riyad Mahrez's strike from distance broubght the Foxes level before the break.

Demarai Gray fired Claude Puel's men ahead before Dwight Gayle snatched what he thought was a winner. Both sides threatened to win it before Ayoze Pérez prodded the ball past his own goalkeeper to give the away side all three points.

Newcastle are now just two points ahead of 18th-placed West Ham United while Leicester move up to eighth.

The 26-year-old Leicester attacker failed to replicate the form he showed during Leicester’s title winning season during the 2016/17 campaign. He looked off the boil and rumours suggested he wanted to force a move with Arsenal and Tottenham Hotspur interested in his services.

However, a move failed to materialise over the summer months and he kicked off the 2017/18 season at the King Power Stadium.

The Algerian international didn’t find the back of the net in the opening seven matches but has five goals and two assists in his last 10 matches after his effort against Newcastle. Puel has made him a key cog in his new look system and he’s seemingly relishing his increased responsibility and influencing the game all over the pitch as you can see in the touch map graphic below. 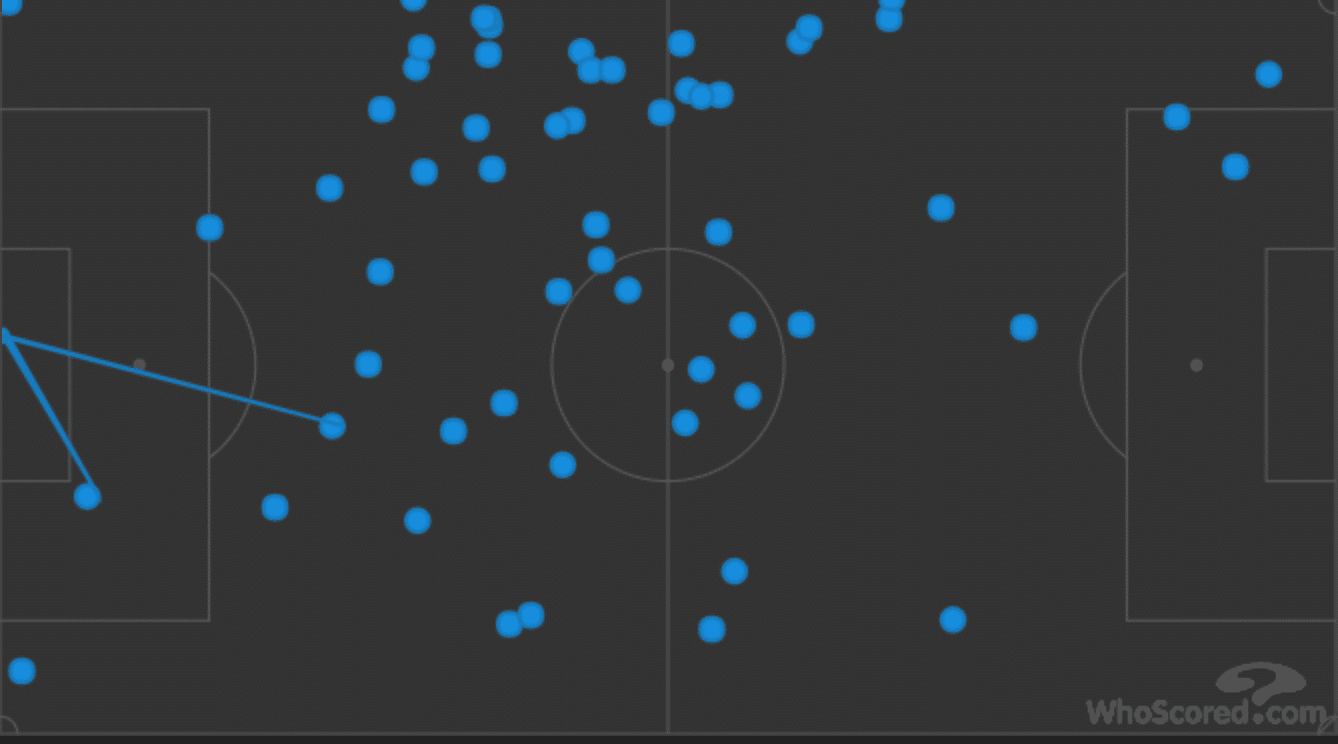 Is he playing for a January move or has he simply rediscovered his form? He’s admitted that he is still aiming to reach “the top” of the game and he has recently changed agent. He has a new representative, Philippe Coutinho’s agency,  with many believing he’s planning to make a move sooner rather than later.

Newcastle will no doubt be disappointed having seen Mahrez find the back of the net. He’s not afraid to shoot and three of his last six Premier League goals before today came from outside the penalty area, yet Newcastle allowed him to hit one from distance.

A lot of criticism is often levelled at Joselu and Gayle but the fact of the matter is they’re being starved of quality service. The Newcastle partnership may have linked up to open the scoring but they had to do a lot of their own leg work.

Jacob Murphy played a superb outside-of-the-foot pass but it was Gayle’s movement that got him in behind the Leicester defence. The Foxes are stretched and the former Crystal Palace man is able to pull the ball back to an unmarked Joselu and the Spaniard is able to fire home.

That one bit of link-up between the strikers showed that there’s potential there. It felt very much like a traditional, old-school little and large combination.

Mikel Merino is a good player and he keeps things ticking over nicely in the middle third and Matt Ritchie poses a threat down the flank but there's not enough creativity in the starting XI. There's not enough risk takers in key areas and the Magpies are suffering because of this.

Until they add creativity to their ranks it won't matter who they have leading the line.

The Newcastle captain hasn't played since the start of November and the team conceded 15 goals in the five games he missed. Benítez's teams are always well organised and disciplined but they've looked anything but that without the former Nottingham Forest centre-back.

Not only are they leaking goals, they also miss him as a captain. There's nobody at the back organising the defensive unit. The two holding midfielders are in areas of the pitch they shouldn't be and because of this the defence is exposed. You can blame the midfielders but it didn't happen as often when Lascelles was starting.

He was on the bench today and his return over the busy festive period will be a welcomed boost.

Gray continues to catch the eye

The 21-year-old former Birmingham City player was linked with a host of clubs in the summer after an underwhelming season under Craig Shakespeare. Everton, Tottenham Hotspur, Bournemouth and Liverpool all reportedly showed an interest in the winger but Leicester rejected their advances. 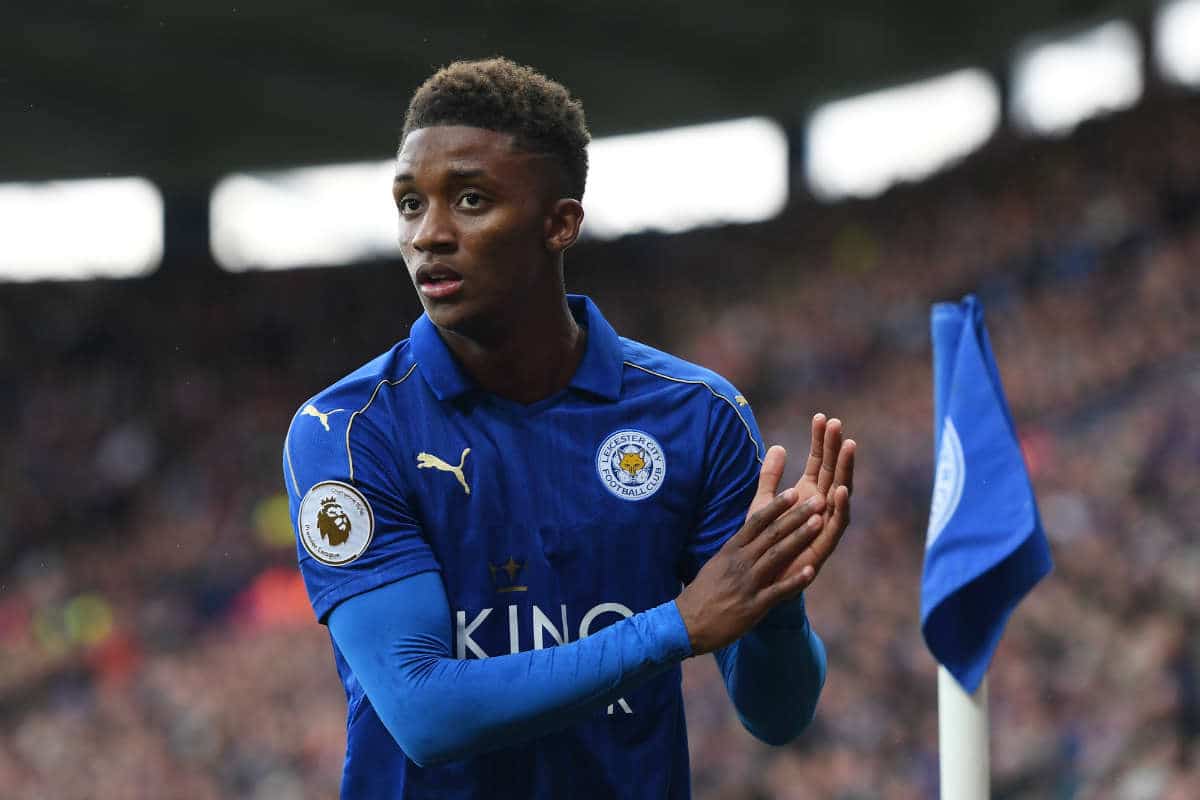 He's now scored three goals in six starts since the appointment of Puel and he looks right at home in the starting XI, often switching positions with Mahrez throughout the match.

He troubled Newcastle with his direct style, aggressive dribbling ability and his electric pace. Yes, his goal took a fortunate deflection but it was deserved. It was yet another impressive display as he continues to flourish under the watchful eye of his French manager.

Benítez hasn't been shy about letting people know he feels the club needs to spend money in January. However, this isn't just a manager moaning for the sake of it. He has a point.

Newcastle may have the numbers but they lack quality in key areas of the pitch. Are Karl Darlow and Rob Elliot good enough to be starting goalkeepers in the Premier League? The latter may have put in a number of good performances this season but it's not sustainable, is it?

The former was at fault for the Leicester opener. He's not quick enough over his line to save Mahrez's drive which is no means unstoppable. Up until that point the away side had been forced to have shots from distance and hadn't really trouble Darlow's goal. That changed the game and it could've been different had he palmed that shot away.

As far-fetched as it sounds, that really is the difference in the Premier League. Can Newcastle continue to get by with a Championship squad or will they invest in January?