Manchester United cruised into Monday's UEFA Champions League draw with a 2-1 victory over CSKA Moscow at Old Trafford on Tuesday.

They made hard work of it. Igor Akinfeev with some good saves, five in total, denying Luke Shaw and Marcus Rashford in the first half.

CSKA were not there to make up the numbers and took the lead just before half-time. Vitinho's shot came off Alan Dzagoev's back in an offside position, but although he was off the pitch, Daley Blind, according to the rules of the game, was playing him onside.

In the second half, United continued to push forward and eventually the breakthrough came. Paul Pogba the creator, playing a lovely ball over the top to Romelu Lukaku and the Belgian held off his marker to apply the finish.

Before the home fans could celebrate their equaliser, it was quickly 2-1. The Belgian started the move by winning a header, then Juan Mata and Rashford combined and the England striker smashed home the left-foot finish.

United win the group and will be a team to avoid going into the Round of 16.

Here are five things we learned from Man United's 2-1 win over CSKA.

All eyes were on the left-back going into Tuesday’s game. Handed a start by Mourinho, it was up to the defender to prove the manager right.

From the whistle he looked energetic and full of drive. He had two chances to score his first ever senior goal, but nerves or rustiness, plus a good stop from Akinfeev denied him a place on the scoresheet.

There was no evidence he has lost any pace, denying Mario Fernandes down the CSKA right and also timing some great runs in behind.

Although he was caught out for the Russians' goal, it was his only mistake, plus, it took a deflection for the goal to beat Sergio Romero, so it’s harsh to blame the former Southampton player.

Shaw finished the game with two crosses, two interceptions and a team-high five clearances. An impressive step back on the first-team ladder from the 22-year-old.

Mourinho changed his system for the game at Old Trafford, labelled as a 3-4-3, with Juan Mata and Rashford playing up with Lukaku.

Yet, on the pitch it was more a two-man attack with Mata roaming, looking for space.

The Belgian would have been hoping to find the back of the net again, having scored just once in his last 12 club games.

There were half chances, one where the ball seemed to sit nicely on the bounce, but he watched it run away from goal and the opportunity was gone. You couldn’t help but think it’s a chance he would have taken earlier in the season.

Lukaku’s goal came, holding off Viktor Vasin to prod home Pogba’s excellent pass. Within seconds another chance came and this time it was Rashford who ended his goal drought.

Nine games had come and gone since the 20-year-old found the net against Huddersfield.

He must have felt it was his night – everytime he squared up to Vasili Berezutski, it was clear he had him beat for pace.

Chances came and went, but eventually, after a great one-two with Mata, it landed on his left-foot and the youngster buried it.

When you add someone as creative as the Spaniard behind a strike duo who have pace, power and the movement to push and pull about any defence, you are going to create chances and both will be happy to fire away any goal shyness ahead of their next fixture.

It bodes well for their derby challenge at the weekend.

Lukaku: More Than A Goalscorer 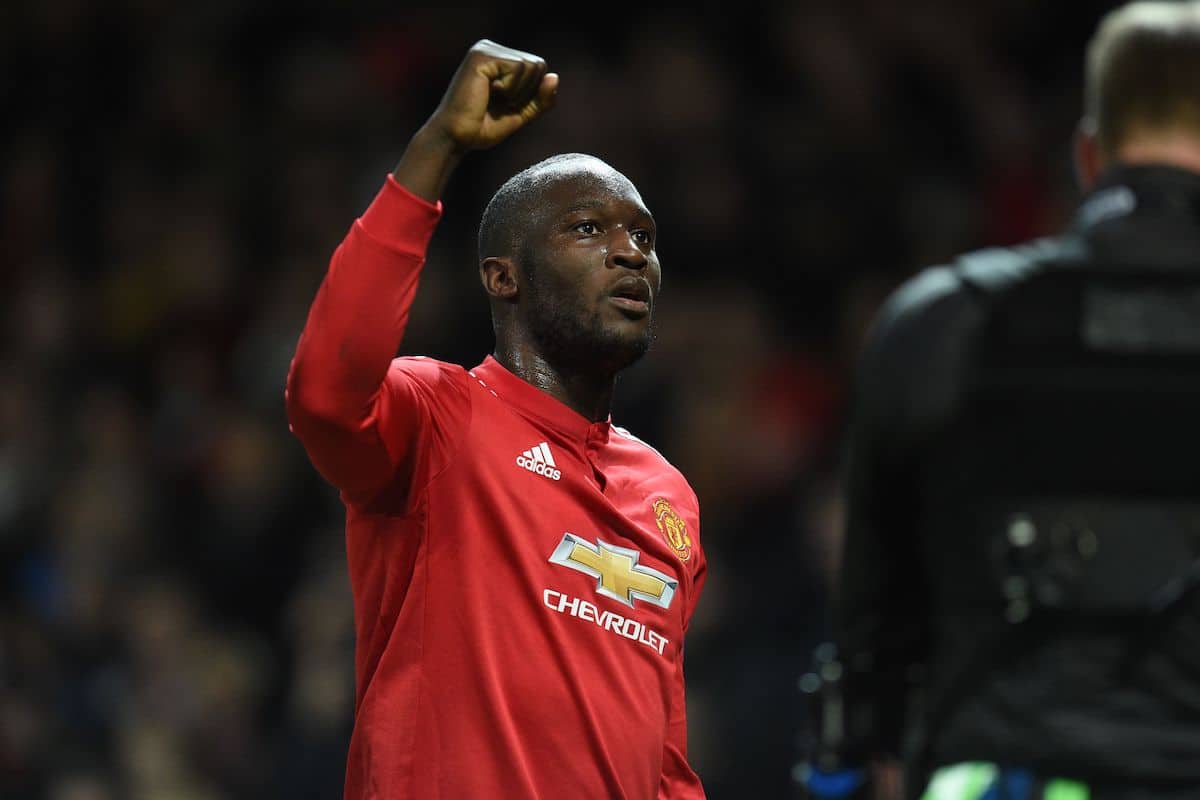 Strikers feed off finding the back of the net and it was clear from recent weeks, Lukaku had certainly lost an edge during his recent run without scoring goals.

Early on in his Manchester United career, it looked like he could score at will, but the pressure of being the lynchpin of a club as big as the Red Devils looked to be taking it’s toll.

However, there was never a worry from Mourinho, and you can see why. The big Belgian is more than just a goalscorer and he’s vital to how United play on the break and the chances his team mates find.

He has shown to be excellent with his back to goal, coming deep, combining with others, then making runs down the channel or off the last man, ready for the likes of Pogba to pick him out.

On Tuesday he finished with three shots on goal, but it was the two key passes, four aerial challenges won and 17 passes which impressed more. He completed 82.4 per cent of those passes – a high number for a forward – and his contribution off the ball can’t be ignored.

The goal will do wonders for his confidence, but Mourinho should be praising all the other work he does too, as that is what will take his game to the next level.

United aren’t always going to have the luxury of hitting teams on the break. Arsenal attacked at will on Saturday and CSKA perhaps made more of an attacking threat than would have been expected before the fixture.

There were chances to break, and Mourinho had Lukaku, Rashford and Pogba doing the running. It wasn’t as explosive as Anthony Martial and Jesse Lingard against the Gunners, but it had enough to push the pace.

Mata often gets lost in those situations, a few counters broke down when the Spaniard had to slow things down. However, he still oozed class and magic throughout.

When teams sit back and get numbers behind the ball, Mata has the close control and trickery to unlock. He is as smooth as anyone in his position and the vision and deft touch to pick holes in any defence.

With 77 touches, 64 passes – 4 key – and three complete dribbles, it was a great performance and a reminder he still has a role to play when United face a stubborn defensive opponent.

Look what you are going to miss 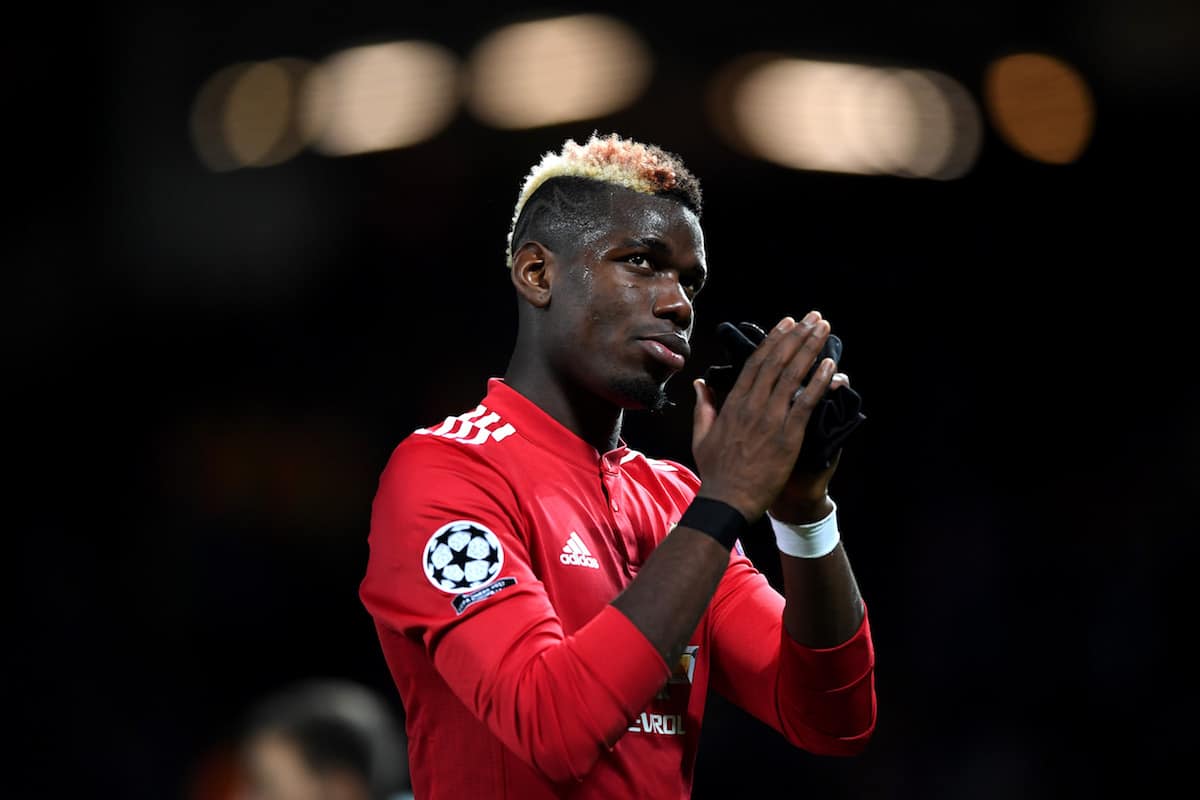 Suspended for three league games after his red card against Arsenal, Pogba started on Tuesday knowing it would be his last run out for a few weeks, and he was keen to show just what Mourinho would be missing.

The Frenchman was everywhere. Playing beside Ander Herrera, Pogba was making tackles, pushing the pace, drifting down each wing and pinging sublime passes over the top of the Russian defence.

As was proved when he was injured earlier in the campaign, there is no one in the squad who can do the same job.

Pogba had 98 touches against CSKA, only Daley Blind at the back made more. The map below explains just how much ground he covered. 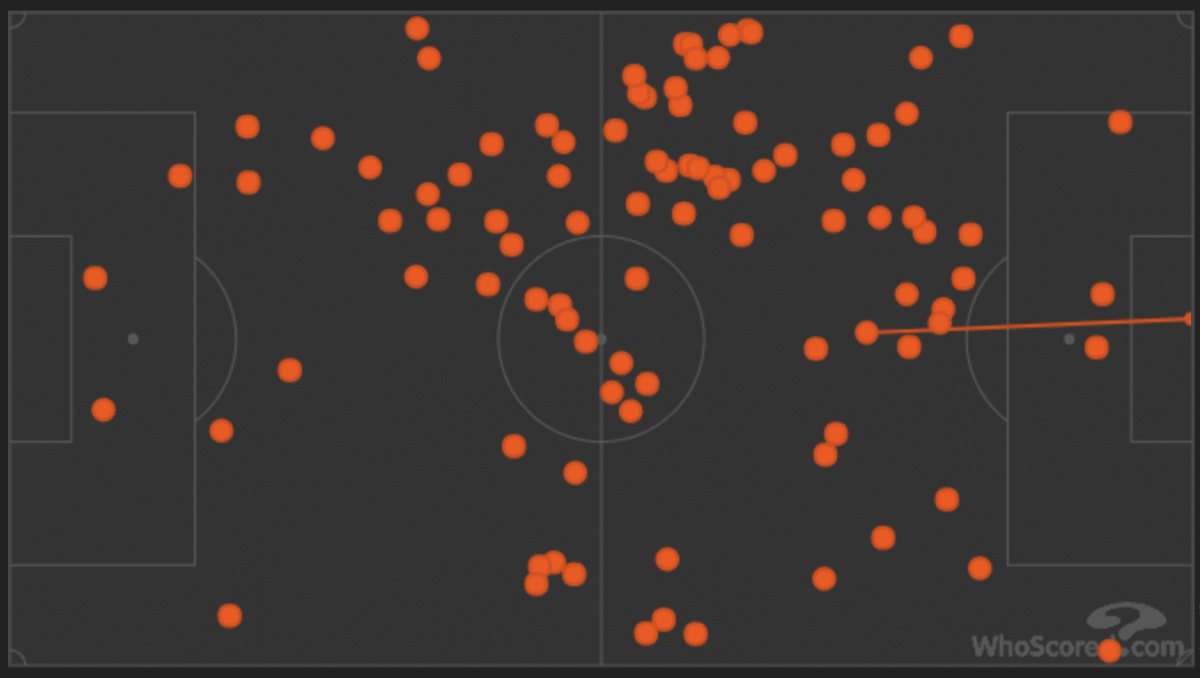 With four tackles, two interceptions and two clearances, you would be happy with his defensive contribution, but then he gets on the ball and makes things happen.

His pass picked out Lukaku for the Belgian’s goal. He completed four out of four long balls and 82.1 per cent of his passes.

Pogba will be in place when United’s Champions League campaign continues again next year and he has the quality all over the pitch to take them very far.

Now, Mourinho has to find a way to mask his absence, but on Tuesday’s showing, that’s almost an impossible task.