Tottenham Hotspur got back to winning ways to end a run of three consecutive defeats as they overcame an organised and disciplined Brighton and Hove Albion side.

Mauricio Pochettino was without Hugo Lloris and Michel Vorm for the trip to the AmEx stadium so Paulo Gazzaniga was tasked with keeping goal for Spurs. He kept faith with a back four system meaning Dávinson Sánchez had to settle once again for a place on the bench. Eric Dier and Mousa Dembélé patrolled the midfield and this allowed Christian Eriksen, Lucas Moura and Heung-Min Son to support Harry Kane.

Brighton made life difficult for the away side, smothering those in possession as well as space and it was an even first half for the most part. It appeared as though the game would be a stalemate heading into half-time but just two minutes before the break the referee made a big call.

Kieran Trippier’s free-kick was adjudged to have been handled by Glenn Murray and a penalty was awarded. Kane stepped up and emphatically fired home to bring his goal drought to an end.

The second half followed a similar pattern to that of the first 45 minutes but it was a little more open with both sides looking to break on the counter.

Erik Lamela replaced Son after 68 minutes and got onto the scoresheet eight minutes later to finish off a superb team move, putting the game to bed in the process.

Anthony Knockaert fired home with just one minute left to play to make to the final stages nervy for the away support but Spurs did enough to take all three points back to London.

Brighton continue to struggle to strike a balance

The Seagulls have impressed in the transfer market since their promotion to the top flight. They have a squad capable of finishing in the top ten and, as they've already shown this season, they can trouble the bigger teams. However, there is, at times, a feeling that Chris Hughton is too conservative.

Brighton welcomed an out of form and out of sorts Spurs side and didn't go for the throat until the second half, after going 1-0 down. They had the away side on the ropes as soon as they started to be progressive and expressive when in possession, so why didn't they start that way?

They won't want to leave themselves open but at the same time, the reluctance to really attack teams may cost them points. Yes, it's a risk. But sometimes it's a risk worth taking. 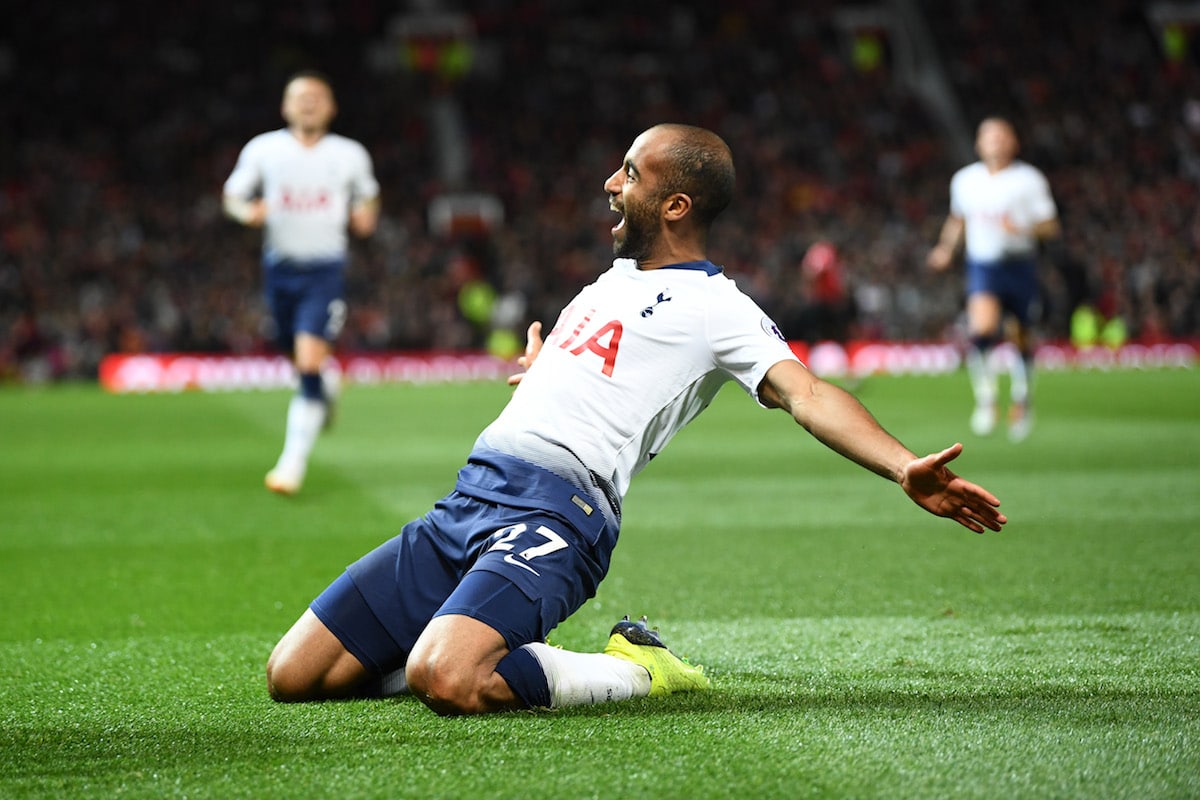 Can Son and Moura work in the same team?

Moura started the season in the form of his life but with Pochettino tweaking his system in recent matches he's lost that momentum. He was part of three behind Kane today with Son on the opposite flank. The wide forwards switched flanks throughout the match until the South Korean was replaced but neither really got into the game and influenced it.

Spurs undoubtedly need depth and being able to call upon the likes of Son and Moura can only be a positive, but Pochettino is going to have to work on a system which gets the best out of the pair of them as well as Kane. The three, along with Eriksen, didn't appear to have an understanding or a relationship.

It's naive to make judgements off the back of one match but the Spurs boss can't persist with an out of sorts forward line for a sustained period of time otherwise they'll be out of the title race before they even got going. One for the Argentine tactician to think about over the coming weeks.

A back three is needed for Spurs?

Sánchez is out of favour right now with Pochettino opting to go with a back four. But Spurs look a different team altogether when playing in a back three shape and it's something they should look to do again. There's a much better balance to the team and despite playing one more defensive player they look much better going forward.

Dier could slot beside Toby Alderwereled and Jan Vertonghen which then gives the full-backs license to attack. The current system is asking a lot out of Danny Rose and Trippier with both expected to offer the width in attack but not leave the centre-backs with too much ground to cover.

The downturn in results, the three losses on the bounce, all came with Spurs using a back four. A win today got them back on track but how long before Pochettino returns to a back three and we see the team that has earned so many plaudits over the past few seasons?

Alli hasn't started the last two matches after picking up an injury while on international duty. In his absence, Spurs haven't looked the same team. Kane has looked isolated despite having Moura and Son in the same side as him while Eriksen hasn't had the same space to dictate proceedings.

Alli failed to hit the heights of 2016/17 last season and at times people questioned whether he should be in the starting XI, but he plays a unique role in the Pochettino system now.

He's a goalscorer and a creator. His versatility makes him special and gives Spurs an extra weapon. He's Kane's partner in crime and a player who knows how to get the best out of Eriksen. He might not be the best player but he's one of the most important and it's been evident in his absence.

Danny Rose was a standout performer for Spurs today and now looks to have reclaimed his starting left-back position. After a poor choice of words ahead of the 2017/18 campaign, combined with injuries, the former Leeds United youngster found himself behind the impressive Ben Davies for a start as a left wing-back.

However, he now appears to be back in favour having started the last four matches for Spurs. Though this could be linked to the team using a back four system, his performances justify a the starts. He finished the match having played three key passes as well as grabbing an assist. Defensively he was just as solid, making two tackles and two interceptions while winning one aerial duel.

He's back to his best and it can only be a positive for Spurs.