Saturday proved another kick in the stomach to Arsenal's season, and a huge blow in the race to finish in the Premier League's top four.

Two headed goals from Craig Dawson exposed the soft belly of this Gunners defence, with Hal Robson-Kanu scoring his first at the Hawthrons, giving the Baggies the lead after Alexis Sanchez equalised in the first-half.

Finishing in the top four is a long shot for Arsenal 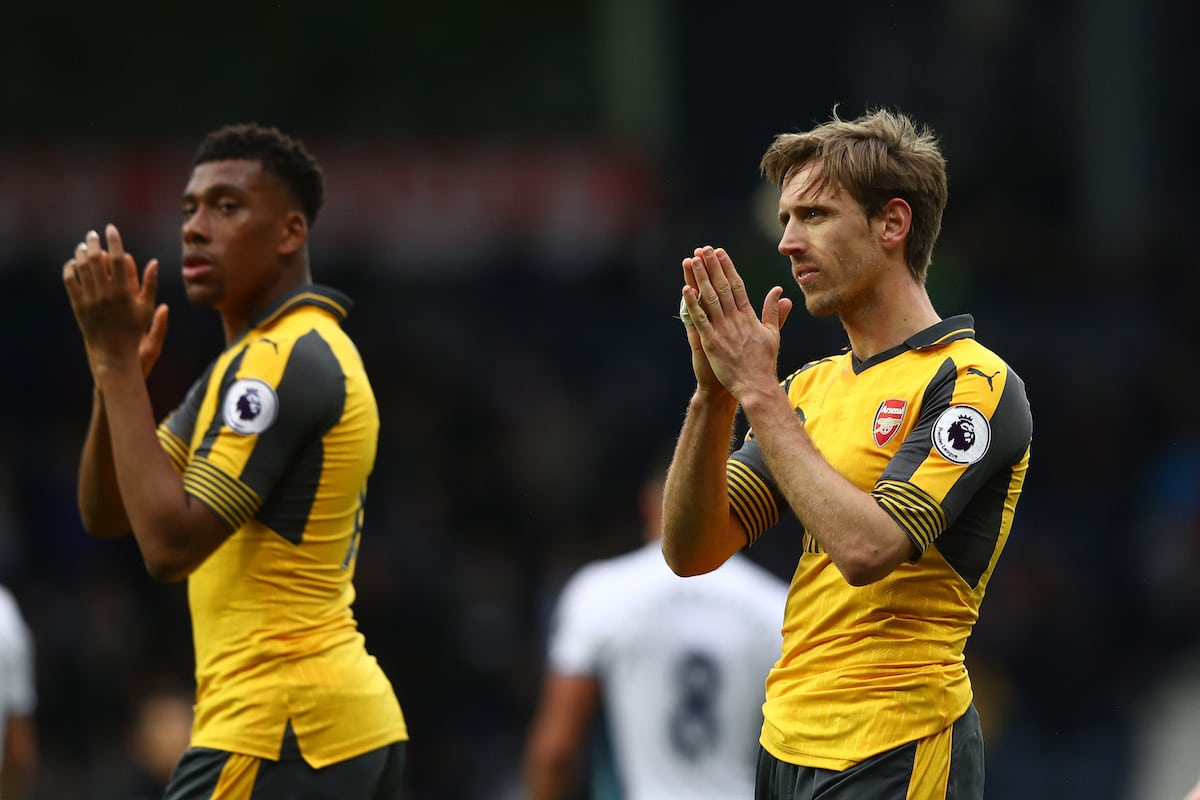 Whether it be a heroic final day performance, a run of 10 wins on the bounce which propels them up the table or even your rivals eating a dodgy lasagne – they always manage to do it. That doesn’t look to be the case this time around.

The Gunners have now lost four out of their last five games for the first time under Arsène Wenger, who looks like he cannot motivate his players anymore. His squad is stacked with quality from top to bottom, yet every time they set foot on the pitch, it’s like they’re strangers.

The lack of organisation and commitment should be of huge concern, not to mention how vulnerable they are at the back. With Tottenham, Manchester City, Manchester United and Everton still to play, they’re in a huge fight to simply finish in the top six.

West Brom are the set-piece kings 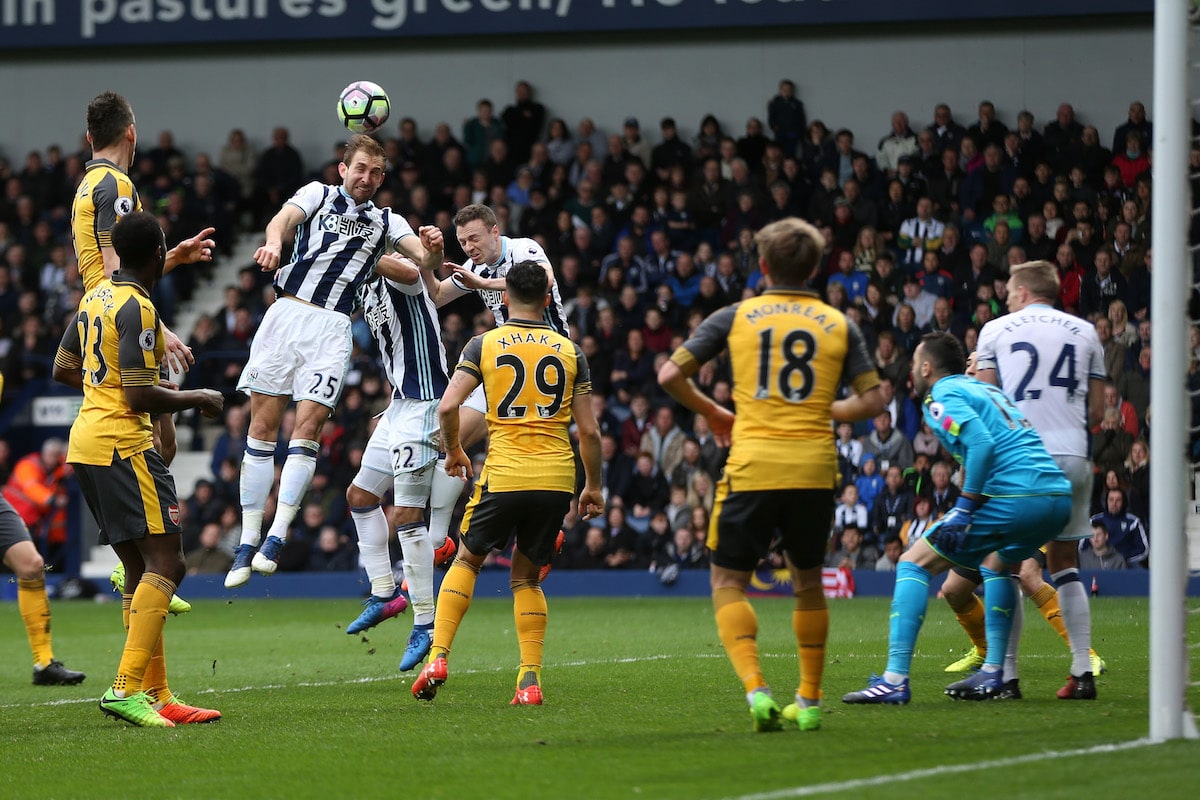 Everybody knows that West Brom are strong from set pieces. Arsene Wenger even alluded to it in his press conference on Friday, speaking about how ‘efficient’ they were from dead ball situations. Yet in spite of all this, as Arsenal lined up to defend a corner in the 12th minute, nobody picked up Craig Dawson who came steaming in to put the Baggies ahead. Then, in the 75th minute, another corner was conceded. Another free run for Dawson. Another goal for Dawson. It’s inexcusable.

Credit to Tony Pulis for having a clear game plan and perfecting it, but the truth is, Arsenal were a limping deer for his lions to prey on. They have now scored 18 goals from set pieces in the Premier League this season, more than any other side. That’s 49% of their goals. With the likes of James McClean and Chris Brunt whipping the ball in to such dangerous areas, you’ve always got a chance.

Wenger must make a decision to unite the fan base again

Only one question after that result…

At the moment, what Arsenal do on the pitch doesn’t seem to matter anymore as every talking point will revolve around the manager and his future. Speaking to journalists after the match, Wenger said ‘Don’t worry. I know what I will do. You will soon no. How soon? Very soon,’ Which sounds similar to how he handled his contract situation in 2014. With the fans divided and the club in stagnation, clear insight into his decision would unite everybody for the final few months. Surely he cannot continue?

Sympathy must lie with Wenger as football, and Arsenal in particular, are his life. In the past, he has spoken about how Sir Alex Ferguson ‘had his horses’ and other life interests to keep him going after management – the Frenchman has nothing. He is simply committed to football and the prospect of him not managing a club anymore probably terrifies him.

However, it’s clear that he cannot take Arsenal any further and choosing to accept another contract would be incredibly selfish. Having put the club first for much of his career, he needs to do so again by announcing his departure in the summer.

Robson-Kanu may have convinced Pulis 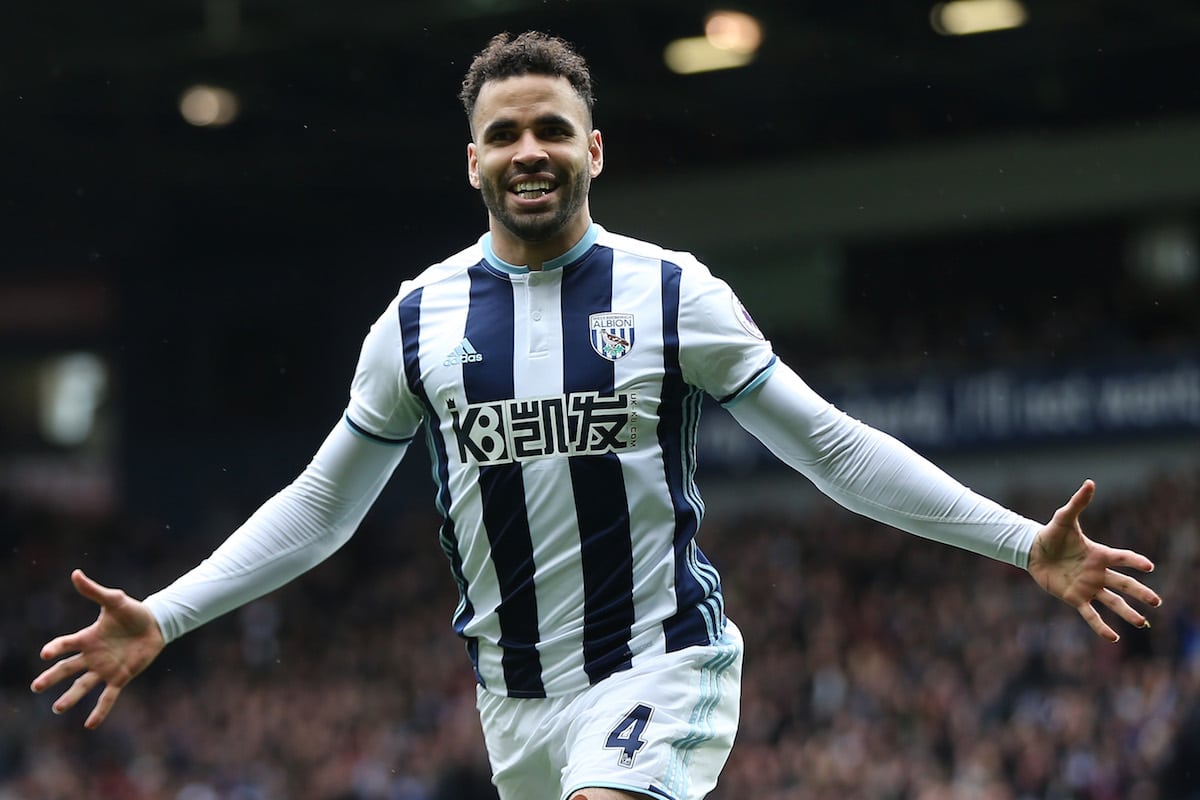 Hal Robson-Kanu is the Premier League’s most frequently used substitute this season, and he showed exactly why this afternoon. Just moments after coming on for Salomon Rondon, the Welshman put his side ahead after taking advantage of some terrible defending.

For all the running and physicality he offers, Rondon is currently 14 games without a goal now and Robson-Kanu may have convinced his manager to give a chance in the next game after his decisive contribution today. Whether or not he will play for Wales during the international break remains to be seen, but he will be hoping that today could be the kick-start for a run of games between now and the end of the season.

Mustafi has tailed off after a bright start

Mustafi has been a car crash since January. How Arsène hasn't spotted that & taken him out is a snapshot of his current lack of awareness.

When Shkodran Mustafi was signed in the summer for £35m, fans rejoiced as it finally looked like they had a solid centre back partner for Laurent Koscielny. Per Mertesacker had done a great job in the past but was set for a spell on the sidelines due to an ACL injury, Gabriel continued to look shaky whenever selected and Calum Chambers was loaned out to Middlesbrough.

However, Mustafi was experienced in three leagues, a World Cup winner and fluent in English. He looked like the perfect addition. But after a bright start to his career in north London, the 24-year-old’s form has tailed off.

He was again at fault for Hal Robson-Kanu’s goal today, getting caught under the ball and missing it completely, left with too much ground to cover as West Brom countered in numbers. Mistakes can happen in football which is completely understandable, but after making similar mistakes against the likes of Swansea, Burnley, Watford and Paris Saint-Germain already this season, his overzealousness must be curbed. Mustafi is a talented player but it’s clear that he’s far from the finished article yet.