Tottenham Hotspur didn't have quite the easy afternoon that many anticipated as they hosted bottom-of-the-table Crystal Palace at Wembley Stadium on Sunday afternoon, with the struggling Eagles testing stand-in goalkeeper Paulo Gazzaniga three times.

Spurs only mustered two shots on target, but Son Heung-min's sweetly-struck effort on 64 minutes was enough to secure all three points for the home side.

Although Tottenham dominated possession, enjoying a 68.3 per cent share of the ball, Palace created the clearer chances, as evidenced by their expected goals (xG) of 1.1 to Spurs' 1.06.

We studied the tactics on show at the national stadium and here are our five key observations from Tottenham's 1-0 win.

Mauricio Pochettino elected to send his side out in a 3-5-2 formation for the visit of bottom-placed Palace, starting with Harry Kane and Son in conjunction in attack, Harry Winks as a deep-lying playmaker and Christian Eriksen and Moussa Sissoko either side of the young England international.

Without the penetrative runs of Dele Alli, who was ruled out with a hamstring complaint, Tottenham were able to dominate possession but offered little in the way of penetration.

Alli, despite questionable form this term, links well with Kane in attack and regularly looks to break in behind the opposition's defence. Without the presence of the Real Madrid transfer target, Palace were rarely forced to turn and face their own goal, as Spurs owned the ball for much of the game but were not creative enough.

The three-man central midfield, especially in the fist half before Winks' substitution, gave Tottenham plenty of control and the ability to bend the pace of the game to their desire. But their customary 3-4-3 tends to provide more dynamism in attack by surrounding Kane with link option and getting Eriksen higher up the pitch.

Key to Palace frustrating Spurs for much of the game was the outstanding relationship between Mamadou Sakho and Scott Dann in central defence.

The pair were almost faultless in their positioning and spacing throughout the game, a credit to the work on the training ground of Roy Hodgson and his coaches.

With Spurs looking to to attack down the flanks, Dann and Sakho consistently positioned themselves perfectly to intercept low balls into the box and head clear aerial crosses.

They were also in tandem with their efforts in dropping off at the right time, pushing up together, and monitoring the forward runs of Kane and Son. The Palace defensive duo combined for 18 clearances and four interceptions.

Palace Funnel Their Counters Into Flanks

Perhaps having seen the success that some sides have had against Tottenham's high line at times this season, Hodgson packed his side with pace in attack – not that he had much of an alternative given the absence of Christian Benteke, the Eagles' only recognised first-team centre-forward. 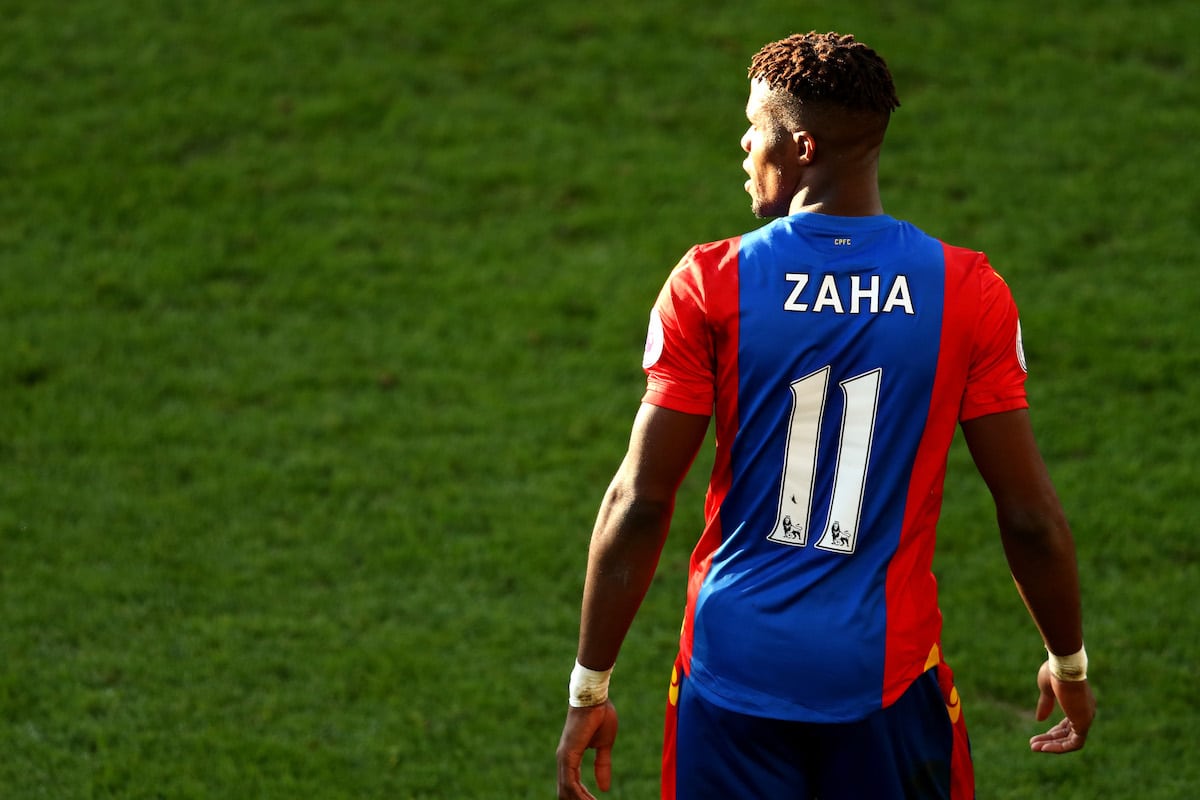 Enjoying a free role, former Manchester United misfit Wilfried Zaha would roam to find space wherever he could, and most of the time he was able to pick up open acreage in behind Serge Aurier down the Palace right side.

The plan was clearly to play directly into space for Zaha to break swiftly, utilising the Ivory Coast international's searing pace and dribbling ability.

Although this method conjured a couple of openings for the away side, Spurs coped relatively well with the threat in behind.

In last week's defeat to Manchester United at Old Trafford, Spurs were undone by a route-one lump up the field from David de Dea which was flicked on by Romelu Lukaku and finished by Anthony Martial.

The simplicity and directness of the goal exposed Tottenham's high defensive line and highlighted a weakness in tracking runners as they broke from deep.

After the game there was in an inquisition into whether the blame for the goal should lie with Eric Dier or Jan Vertonghen, when, in truth, both should have done a better job of denying Martial space.

However, against Palace, Pochettino remedied this issue by playing Dier as a sweeper, with the England international given a remit to drop off at the sign of any penetrative threat, constantly on the half-turn and utilising his pace and anticipation to snuff out the away side's attacking efforts.

On the ball, Dier was confident and assured, attempting more passes than any other player on the pitch (82), completing a stunning 92.7 percent of those. Defensively, he made two tackles and a team-high nine clearances in a thoroughly impressive display.

He's still working his way back to full sharpness after several months on the sidelines, but Danny Rose impressed in his left wing-back role for Spurs.

Freed from many of the defensive tasks he is asked to perform when playing as a conventional full-back, the speedy former Leeds United youngster was able to bomb forward with relative abandon and was crucial in turning the screw on Palace as Spurs began to build pressure in the lead-up to Son's game-winning strike.

The England defender, a rumoured Manchester United transfer target, was called upon to make just one tackle, one interception and one clearance defensively, while exerting a considerable influence in attack with two shots, one dribble, one key pass and a whopping nine crosses.