Celtic were given a footballing lesson on Tuesday night as Paris Saint-Germain left the East End of Glasgow with all three points and a 5-0 win to kick-start their UEFA Champions League campaign.

First half goals from their £400million strike-force of Edinson Cavani, Kylian Mbappé and Neymar was more than enough to put the game to bed before half time, but it was a dominating performance all over the pitch from Unai Emery’s side.

In the last 10 minutes Mikael Lustig was unfortunate to turn Julian Draxler's low cross, and Cavani headed in his second, but the damage was already done.

With defenders missing through injury, Brendan Rodgers had to make some bold calls in his starting XI

It was a tough night for the Scottish defender. Up against the skills of Neymar, he was constantly under threat.

Some early fouls set the tone and not only did he have to deal with the Brazilian, but the added runs from Adrien Rabiot and Layvin Kurzawa.

After 20 minutes PSG made it count. Calls for a foul on Scott Sinclair were ignored and Rabiot played a perfectly weighted ball to Neymar. He danced into the Celtic box, finishing calmly with his right foot.

Ralston had switched off for just a minute and the Parisians were in on goal. The great form the 25-year-old is in, he wasn’t going to miss.

The teenager was far from embarrassed, but it was an obvious area for PSG to exploit and with a player as talented as Neymar, he was always going to come under a stern test.

Without another option at centre-back, Mikael Lustig had to play in the centre, which took away much-needed experience in the area where the Hoops needed it most.

In the 4-1 win over Metz, Unai Emery opted to try a new-look 4-4-2 formation, with Julian Draxler on to make up the four-man attack with the mouth-watering MCN.

It worked in the final third, but defensively they looked shaky. The Spanish coach noted this and reverted to his normal 4-3-3 and it was the perfect way to counter everything Celtic had to offer.

In a two-man midfield, Thiago Motta can be exposed due to his aging legs, but with Rabiot and Marco Verratti beside him, the Italian had all the cover he needed.

Playing in front of the two centre-backs, he was PSG’s insurance and helped the away side control the game. Celtic’s flat 4-3-3 played into their hands and the movement of the attack had the freedom to play without fear.

Part of Rodgers team selection was to name Stuart Armstrong in the midfield. Not unusual for Celtic, but before the game many expected the Scottish midfielder would operate just behind Leigh Griffiths and in front of Scott Brown and Olivier Ntcham.

As soon as the match kicked off, the shape of the former Liverpool boss’ side was to play a very flat midfield three.

This was to try and win the battle with PSG’s trio, but what it mostly did was to starve Celtic’s centre-forward of any real support or service.

Patrick Roberts and Sinclair tried to help and both had moments of positivity, but ultimately the Bhoys striker was left alone to try and feed on scraps.

Rodgers had to try something to battle against the French giants, but this felt like a very safe and negative way of going about it.

At half time, Armstrong had touched the ball just 19 times, just seven more than Craig Gordon in goals. With two tackles and two interceptions at the break, it was clear he was trying on the defensive end, but just not able to be an influence in an attacking sense.

When Tom Rogic came on for Armstrong at half-time, the Celtic midfield didn't lose anything in midfield and could push another body forward in attack. 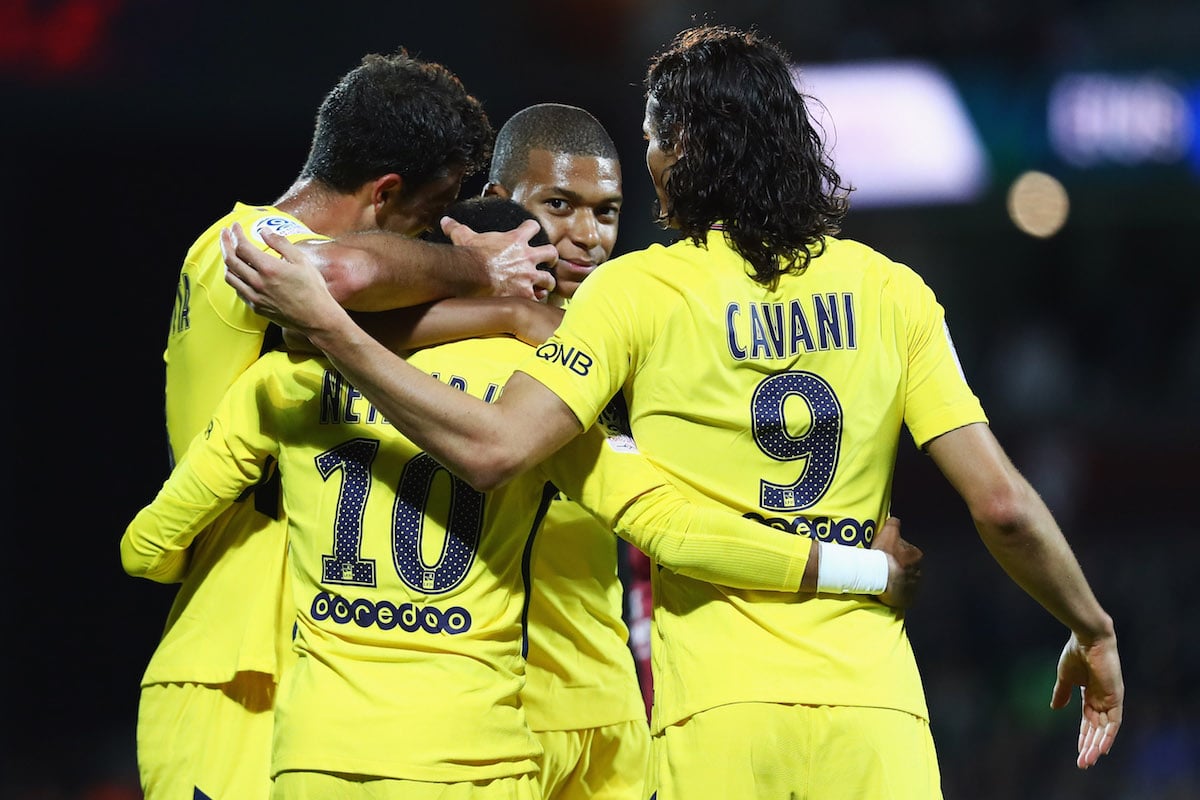 Last season, with Cavani is the No.9 and the leading striker, PSG’s 4-3-3 often looked stale and lacking ideas. Ultimately this is why they lost the Ligue 1 title to Monaco.

In just a short space of time, the arrival of Neymar shows what can happen when you add an exceptional talent to your team.

Playing the same formation on Tuesday, it was worlds apart from what we saw last term.

His movement, drifting in from the left adds a whole new dimension to the attack. He is their winger, playmaker and talisman all in one. Neymar plays in the gaps the defence leaves. Pulls defenders out of position and then punishes you when you switch off for just a second.

If the Parisians go on to lift the Champions League trophy this season, the £196million they spent to steal him from Barcelona will be worth every penny.

Rodgers Needs To Be Bolder At Home

Back when Martin O’Neil found success in Europe with the Celtic teams of old, for better or worse the Irishman stuck to the system that got him there.

Especially at home, he would take on the likes of Juventus, Bayern Munich or Lyon, playing the system he knew best.

Rodgers, in a ploy to try and limit PSG on Tuesday, changed tactics, opting for a conservative 4-3-3 over his usually 4-2-3-1.

Away from home you can accept that, however, at Celtic Park, with one of the most ferocious crowds you will ever hear on a European night behind the team, you need to get and keep them involved.

It was clear to hear in the second half, when Tom Rogic came on playing in the No.10 role, Celtic were able to push forward more, get support to the forwards and it was a more positive 45 minutes.

Maybe because they were already 3-0 up, you can say that PSG took their foot off the pedal a little, but you must wonder what could have been if the Northern Irishman had been a little bolder from the start.

Lessons to learn before Carlo Ancelotti’s Bayern side make their way to Glasgow.