Celtic‘s slim hopes of progressing in the Champions League were ruthlessly ended by Paris Saint-Germain who recovered from going behind inside a minute to win 7-1 at the Parc des Princes.

The Bhoys made the mistake of going ahead after just 57 seconds when Moussa Dembélé turned Olivier Ntcham's short corner home first time.

That goal only served to rile PSG who were level eight minutes later when Neymar slotted home on the run. After 22 minutes the hosts went in front when the world's most expensive player darted into the box to finish past Craig Gordon.

Edinson Cavani added a third shortly after, tucking home from six yards after Neymar and Kylian Mbappé combined to nod the ball across the face of goal for the Uruguayan to tuck home.

And ten minutes before the break the Ligue 1 side bagged a fourth when Celtic failed to deal with a free-kick and the ball broke to Mbappé who hammered home from inside the box.

The goals continued to rain in after the break though it took until the 75th minute for Marco Verratti to drill in number five. That effort sparked a flurry of three in five minutes with Cavani volleying home before Dani Alves crashed home from 20 yards.

Don't make them angry. You wouldn't like them when they're angry. Celtic might have been the ones wearing green but Brendan Rodgers' side made the terminal mistake of landing the first blow after 57 seconds.

A sloppy back-pass allowed the Scottish champions the chance to get a ball into the PSG box and the Bhoys caught their illustrious hosts cold. Ntcham's short delivery found Dembélé who whipped a first-time effort past Alphonse Areola.

The visitors were never going to defend that lead for 90 minutes but it appeared to have the adverse effect to what might have been expected. Instead of emboldening the visitors, the goal saw PSG roar back and Celtic – despite enjoying some luck on the break – went to pieces with three of the seven goals conceded entirely preventable.

Part of the problem was Celtic's insistence on attempting to retain possession. There was some merit to that ploy, after all, without the ball PSG could not score. For a while, it worked too. Then PSG decided they'd had enough.

The Bhoys are not in the same stratosphere as the Parisians and trying to deny the Ligue 1 favourites the ball was a recipe for disaster. The equaliser arrived when Scott Brown cheaply surrendered possession in midfield allowing the hosts to stride forward and Neymar to fire home.

The third was also a case of overplaying as substitute Nir Bitton ended up conceding a corner after trying to play his way out of a corner. Had the Israeli – who was up against it coming on for the injured Mikael Lustig to line up directly against Neymar – gone long he would have removed the danger. But he didn't and from the second phase of the corner, Paris Saint-Germain scored through Cavani.

Rodgers has always preached a possession-based game. It has served him well previously and spectacularly at Celtic Park. But sometimes there is a need for pragmatism. Tonight was one of those occasions.

A game made for Scott Sinclair

The decision to leave Sinclair on the bench was a topic of conversation beforehand with Rodgers preferring to select Tom Rogic and pack the midfield.

The decision seemed to be based on the Ulsterman's will to control and retain the ball and his assertion that the Australian midfielder would do that better.

That was the theory but it proved misguided in the end with Rogic, alongside Brown and Ntcham, unable to get the upper hand in the midfield battle.

While it's true that as a player inclined to dribble more often than pass, Sinclair would have brought greater risk to the side. However, he would have provided more threat, an out ball and would have got Celtic up the field quicker.

All too often the visitors would attempt to break only to find Dembélé isolated up front and with little – if any – choice but to try to go it alone. The former PSG youth player's dependance on his left foot made it easy for Thiago Silva and Marquinhos to snuff him out in what was a lonely night's work.

Celtic undone in behind

Time and time again PSG managed to get in behind Celtic with the Bhoys seemingly incapable of taking the simple steps to nullify that threat.

All it would have taken was dropping a few yards a bit quicker but the visitors persisted, giving Neymar, Mbappé and Cavani the kind of space in behind they thrive upon.

In other aspects, Celtic were organised and well structured without the ball. In the opening stages especially they got set up quickly when out of possession with one man, usually Brown, breaking out to close down the ball carrier.

But eventually PSG's aggressive press became too much for Celtic and from there on out the Parisians were in complete control.

One area where Celtic did have some joy was through left wing-back Kieran Tierney. The Scotland international was up and down the left tirelessly but he did not see nearly enough of the ball. 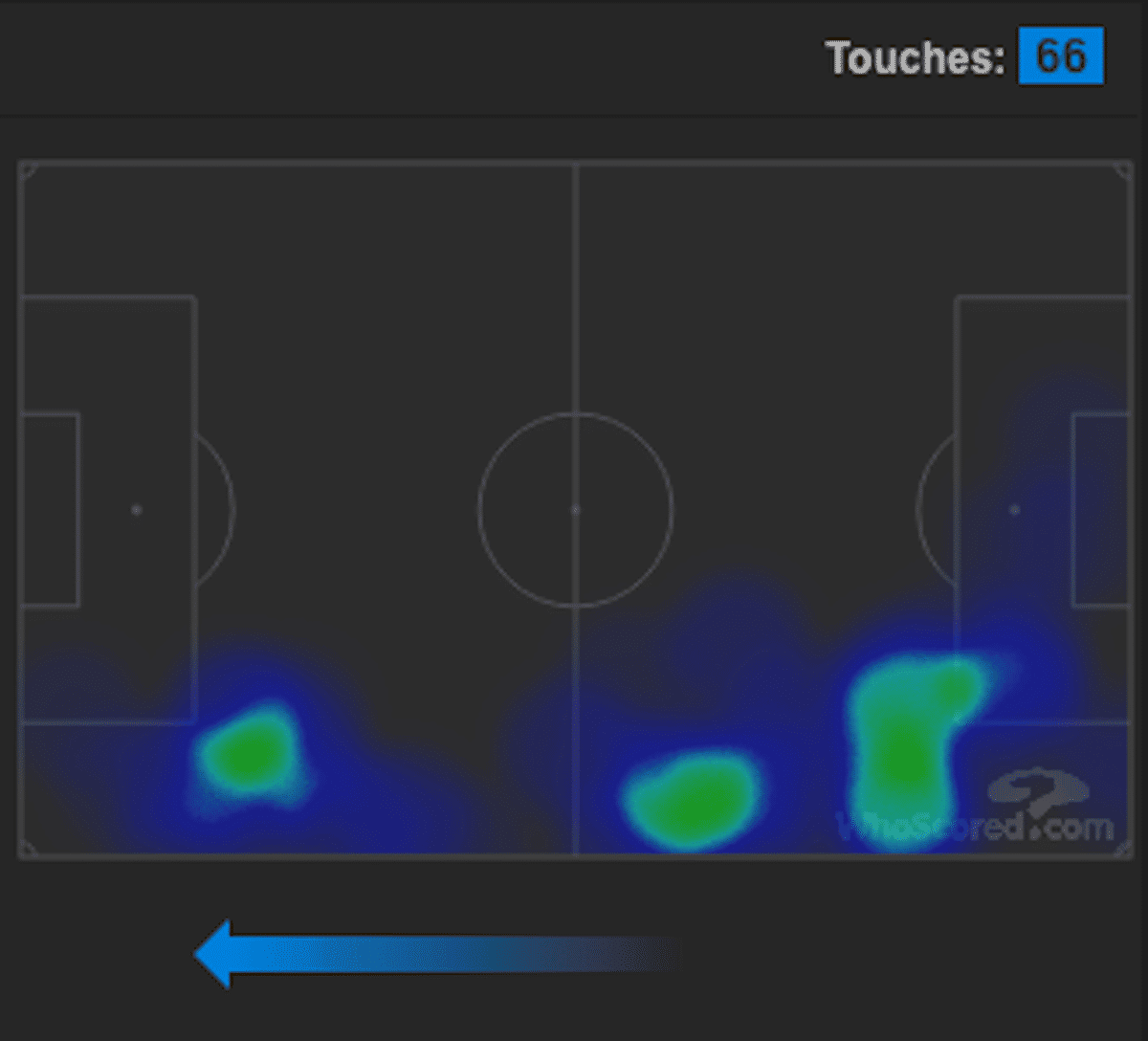 With former Barcelona and Juventus right-back Dani Alves bombing forward at will there were spaces in behind which Celtic could have exploited. But they did not and the considered, possession-heavy approach slowed the visitors down when they should really have been looking to spring Tierney on the counter-attack.

The 20-year-old's performance will, however, not gone unnoticed by his suitors. He did not look out of place against a side assembled at unprecedented expense. Nor was he given the runaround by one of the best attacking full-backs of the modern era.