Brighton and Hove Albion picked up all three points in comfortable fashion as they defeated West Ham United 3-0 at the London Stadium on Friday night. The result was a surprise to many for several reasons.

Slaven Bilic’s men looked to have recovered from a bad start with a win over Swansea City and a draw with Burnley in their two most recent fixtures, but they looked toothless on this occasion. While they enjoyed the majority of the ball, they failed to use it well and were countered consistently.

Brighton, meanwhile, had only scored more than one goal in a single Premier League game once before Friday night’s encounter. They hit three against West Bromwich Albion, but are not seen as a particularly potent attacking outfit.

The performance and result is one that could have serious repercussions. Bilic’s job may be at risk after West Ham fans booed his side off at the end of both halves, while Chris Hughton’s side may have had a first glimpse at their potential in English football’s top tier.

Here are the five key tactical takeaways from the match.

West Ham were uncoordinated throughout the game, lacking purpose in their possession. Against a Brighton side set up to defend deep, they were simply unable to utilise the ball to unlock an organised opponent.

The lack of structure was ominously evident early in the first half when, after going 1-0 down, Bilic instructed Cheikhou Kouyaté to support Javier Hernández up front. A powerful ball-winning midfielder, the Senegalese simply didn’t have the mobility or touch to offer and receive passes with his back to goal, never mind facilitate positive link-up play.

West Ham looked more like a group of individuals than a team, and didn’t complete one single dribble, gave possession away frequently and failed to provide movement off the ball.

The only West Ham player who looked capable of opening up Brighton was Manuel Lanzini. Unquestionably the team’s best performer last term, the Argentine wasn’t at his best on Friday. However, he did at least try to make things happen.

One look at the team sheets prior to the game suggested that he would start as the No.10 behind Hernandez, but he instead dropped deep to become more involved in the construction of attacks. From there, his dynamism helped the side to progress possession through the thirds.

Often dropping into one of the half-spaces, generally just outside of the Brighton central midfielders, he constantly made himself available and looked to combine with team-mates through one-twos. He also varied his positioning well, moving beyond the opposition midfield line at times and dropping back in front of it at others, in an attempt to create angles for passes.

BRIGHTON DEFEND FROM THE FRONT

Hughton’s side may not press high, or with any real intensity, for that matter, but they do defend well from the front. Glenn Murray scored two of his team’s goals, but he did equally important work without the ball at his feet.

In the defensive phase, the centre-forward dropped back, alongside his partner, Pascal Groß, to compress the space between Brighton’s attack and midfield. One would move to pressure the West Ham ball-player in midfield, while the other would take a deeper position and support said pressure.

Their pressing and coverage made it difficult for Bilic’s side to play through Brighton. And the strikers’ desire to break things up was shown statistically by the fact that together they made two tackles, one interception and committed eight fouls. 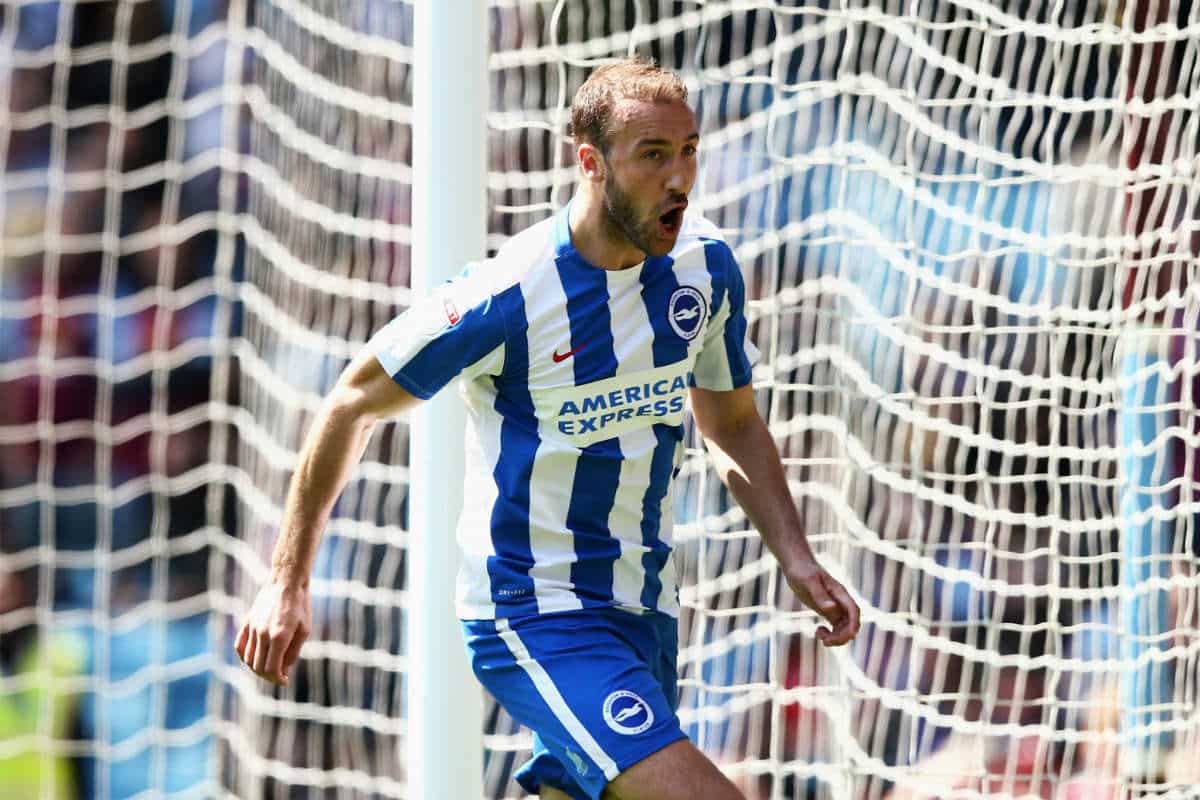 Both teams keep fairly low defensive lines, but they adopt different approached to defending. While West Ham do so on a man-orientated basis, Brighton’s main reference point is their positioning. As a unit, they retained their shape extremely well, a trait that was also on show in games against Manchester City and Arsenal. We analysed this in a previous post.

This form of zonal defence that Hughton encourages makes the south coast side difficult to penetrate. This explains why they have not conceded more than two goals in a single match in all nine league games so far this season.

Brighton only had 35 per cent possession against West Ham, but kept a clean sheet and won the game. They act as an inspiration to other underdog sides hoping to compete in the Premier League without the individual stars of their more esteemed rivals.

The compactness that Brighton retain defensively helps them in other ways, namely in attacking transitions. With numbers around the ball, they are able to secure possession immediately after winning it back.

Many newly promoted teams opt for a more direct approach in counter-attacking, but Hughton’s men prefer to restart possession from the back. Several times against West Ham, Murray played the ball back to the centre-backs – Shane Duffy and Lewis Dunk – to build again from deep and draw out the opposition.

Brighton’s organisation, compactness and composure on and off the ball were integral to their victory. And, ultimately, these characteristics will be essential to their increasingly realistic hopes of Premier League survival.